What were you doing in 2008? Back then, I was in my final year of high school with nothing but the promise of wild parties in college, a newly printed driver's license, and the odd access to our family's Toyota Revo spurring me on. Oh, and like any hopeless teenager, I had a playlist fit for any occasion crammed into my iPod.

Believe it or not, those late-noughties memories are now a decade behind our rear-view mirrors. And since we're still getting used to writing "2018" when we're filling up forms, we thought we'd put together this playlist of songs that will turn 10 years old this year. Like with our '90s compilation, we've chosen these hits to fit a wide variety of road-trip scenarios.

1) When you're feeling romantic with your passenger.

Whether he's on stage or recording in a studio, Akon has a reputation for getting a bit lewd with his music. He's not exactly known for being a nuanced romantic. But this catchy song is pretty tame, and is basically a love letter to a woman's beauty set to party beats. Close enough?

2) When the road trip calls for an impromptu dance party.

If you were a party rat back in 2008 who couldn't miss a night at Embassy or a house party with Sober Club drinks, then you would've danced to this song more times than you can recall. Once more for old time's sake, then?

Oh, Ne-Yo. You understood our feelings so well. In 2008, Ne-Yo's Year of the Gentleman album came out, and its hit singles were always on the radio. Here he encompasses how it feels to be mad at someone, but reminds us in the end that you shouldn't stay that way. A long drive and this song should fix your mood.

4) When you just want to cruise.

The fedora and acoustic guitar combo might be an overdone cliché by today's standards, but Jason Mraz's voice makes up for the cringe factor. This classic hit is perfect when you're on an open highway and all you want to do is cruise on a steady clip.

5) When you want to overtake the car in front of you.

Or maybe cruising isn't your thing. You prefer to floor the pedal, you say? This song's fast rhythm should get in you in the mood. That is, unless its racy lyrics get you in the mood for something else.

6) When the car wants to have a karaoke session.

Yup, it's the 'Old Taylor.' Long before she became a feuding, heartbreaking mega star, Ms. Swift was a doe-eyed country/pop singer with nary an enemy in the world. This innocent little song is the classic girl-next-door tale, and most of you should remember the lyrics.

7) When you're driving in the dead of night.

Maybe your schedule ran late, or you're just one of those people who prefers to drive at night. Whatever the case, you need a song to match. The traffic-stopping band known as Coldplay has got you covered. Turn this one up and hear the percussion reverberate throughout your cabin, and you'll feel like a king lording over his kingdom.

8) When you want to wake up the rest of the car.

Maybe you're feeling drowsy because everyone else in the car has dozed off. How rude. Don't worry, this Kings of Leon classic should remedy that. Make sure you sing the chorus at the top of your lungs for maximum effect.

9) When you're trying to explain to someone what music in 2008 was like.

Road-trip conversations can vary depending on who you're with and how long you've been on the road. If you're with someone who doesn't remember what music sounded like back in '08, Flo Rida's debut single explains it perfectly (Technically, the song came out as a single in late 2007, but the album it was featured in was released in 2008 so we're including it here). Incomprehensible verses, gaudy fashion choices, rhymes about bling and money, T-Pain on Auto-Tune--this one has it all.

10) When you're feeling nostalgic with old friends.

If, like me, you were still in the process of growing up in 2008, then you'll recall that feeling of wonder and curiosity whenever you thought about your future. At the same time, you were still engulfed in the fun and innocence of being young. This song will take you back to that time of school books, hanging out with your friends, and discovering what life has to offer. 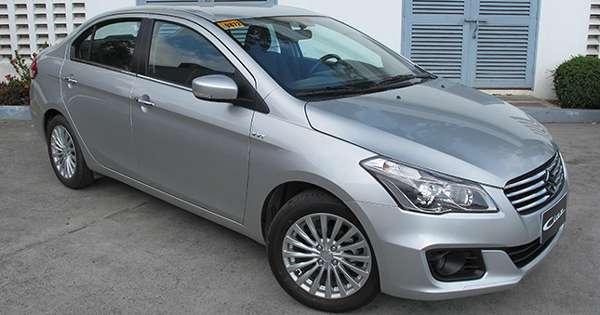 5 reasons the Suzuki Ciaz is still worth considering in 2018
View other articles about:
Read the Story →
This article originally appeared on Topgear.com. Minor edits have been made by the TopGear.com.ph editors.
Share:
Retake this Poll
Quiz Results
Share:
Take this Quiz Again
TGP Rating:
/20