Are you in the market for a secondhand Toyota Avanza?

Here's our review of the second-gen release
by TopGear.com.ph | Jan 22, 2019
CAR BRANDS IN THIS ARTICLE

In the '70s, Toyota started a minor revolution in Asia by releasing the Kijang, otherwise known as the Tamaraw here in the Philippines. Little did the Japanese car company
know that this back-to-basics van would inspire a host of imitations and spawn what is now known as the AUV class.

The first-generation Avanza was pretty spartan—it even had an interior and instruments that looked like leftovers from Toyotas of the ’90s. This second-gen model is a big step up in every way. The styling is aggressive, though the design language, which is shared with the Wigo, appears noticeably different from those of other Toyotas. a swept-back roofline and wide-radius fender flares for a sporty look...for a van. Asymmetrical 15-inch rims finish off this range-topping G variant in style. Even we have to admit it looks fetching.

If only the interior were as nice. It’s generally inoffensive inside, with black dash and door toppers to minimize glare, and beige paneling and upholstery to keep the light and airy. The inclusion of silver trim on the console and door cards is a questionable move, and the multimedia head unit looks basic. There’s also a profound lack of cupholders and cubbyholes, and the single 12V power point is merely a blank (it’s just as well; smoking in the car is bad for resale value, you know). 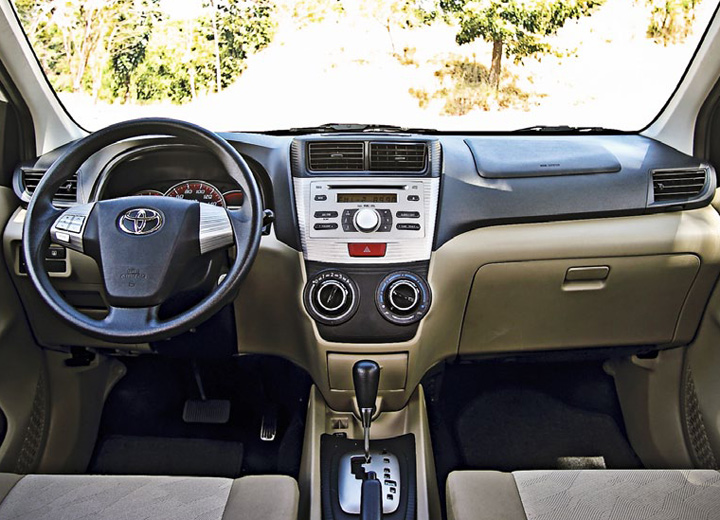 On the bright side, the A/C controls are simple and uncluttered, and the rear cooling system is tornado-powerful. Rear-wheel-drive usually means less interior space because the engine and the transmission are oriented lengthwise under the hood. In the Avanza’s case, however, that isn’t so. The cabin is longer than the Chevrolet Spin’s, with more legroom in all three rows. The seats are thinner and less supportive here, unfortunately, and the seat hinges poke into your back if you’re sitting in the middle of the second row. On the upside, all three rows recline, so there’s room to really stretch out. And with the third row folded away, you have a very large and boxy cargo area.

Despite packing a lot of space, the Avanza is a relative featherweight compared to the Spin. This leads it to feel peppier from a stop; what’s more, the tall stance and the narrow body make it even easier to thread through traffic than the Chevy. On the other hand, the Toyota never tempts you to find its limits once the road opens up, and even though its 185/65 Dunlop sport SP10 tires promise more grip than the competition’s rubber, it’s a promise that is never fulfilled.

The reason for this? The suspension feels underdamped, allowing the wheels to shimmy way too much over rough roads and potholes. Go around a corner too fast and you’ll find loose steering, lots of body roll, and not much excitement beyond the prospect of opening the rear hatch and finding the groceries all over the cargo floor. 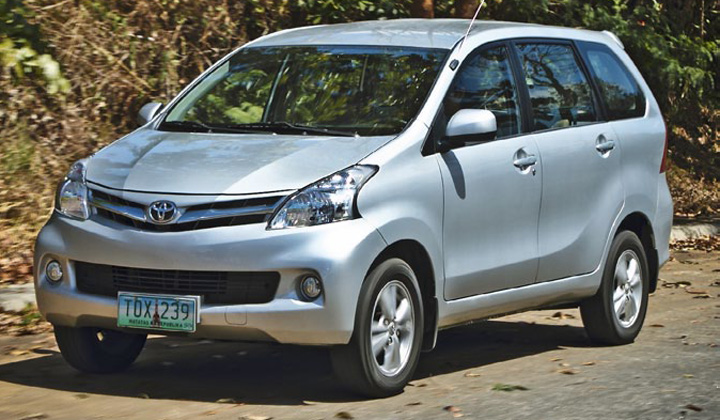 At least the Avanza’s 1.5-liter motor is a gem. It sounds and smoother than the Spin’s, and it off the line quicker. Once you’re mired in traffic, however, the lack of intermediate gears in the old-school four-speed automatic is telling. Worse yet, the transmission, which isn’t quite as fluid as the Chevy’s six-speeder, is easily flummoxed by requests for downshifts when you’re pulling out to overtake. We suppose that you can’t have it all.

Fuel consumption is typically 6-7km/L in traffic with the automatic. On the highway, the Avanza feels a lot less aerodynamic than the spin, and more sensitive to crosswinds and buffeting, too. Along with the low fourth gear, this yields less efficiency on the highway than you’d hope from an engine this small.

Then again, the Avanza is most at home in the city and the crowded Asian urban streets it was designed to ply. While it often gets overlooked in the showrooms in favor of the Innova, it has the potential to be a more flexible, more user-friendly family van than Big Brother himself. (Niky Tamayo)

Thin urethane tiller is easy to hold, but the silver accents look off. Integrated audio controls are nice.

This simple double-DIN head unit isn’t quite as nice as those in other Toyotas. It’s a bit old-fashioned.

Lots of bottle holders; no cupholders except in the third row. rear cargo area has a low loading lip.

Black and beige materials are an upgrade over the previous model’s surfaces, but the silver trim is odd.

Note: This story first appeared in Top Gear PH's March 2014 issue. Minor edits have been made. 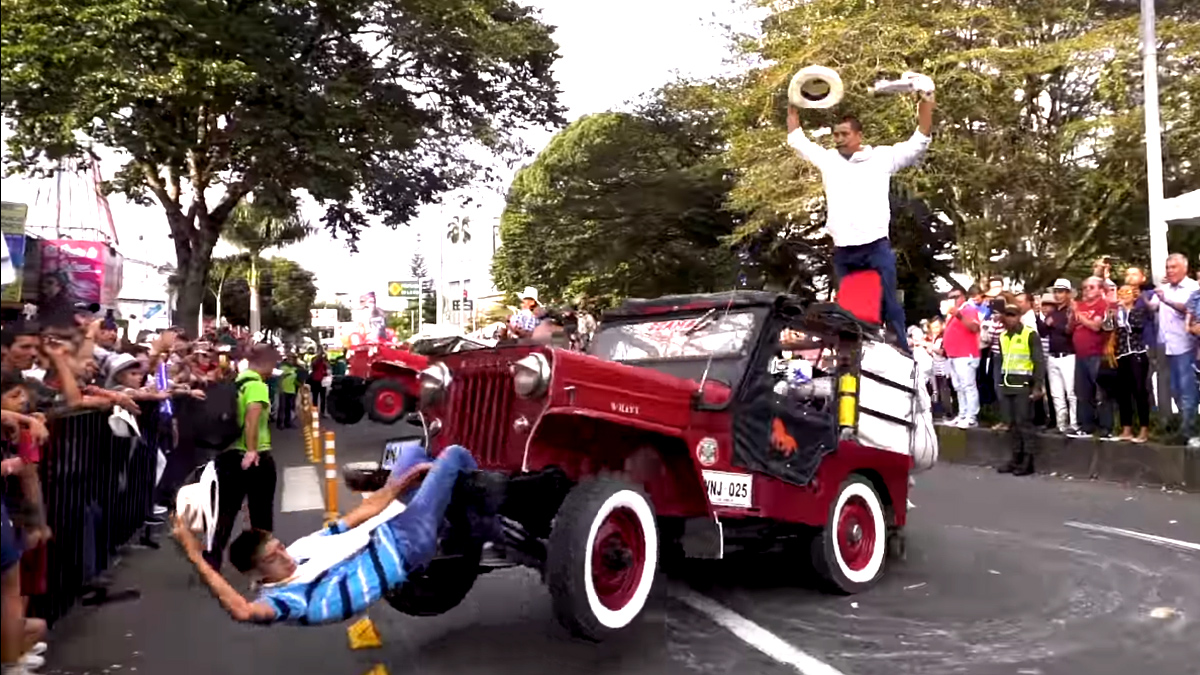 Best of YouTube: Jeeps have a cult status in Colombia, too
View other articles about:
Read the Story →
This article originally appeared on Topgear.com. Minor edits have been made by the TopGear.com.ph editors.
Share:
Retake this Poll
Quiz Results
Share:
Take this Quiz Again
TGP Rating:
/20