It was built to rival the Honda Civic SiR
by Cael Gaite | Oct 10, 2018
CAR MODELS IN THIS ARTICLE

Back in 1999, little was known about a major push from an established automobile company from the Land of the Rising Sun.  TOM'S Japan, a legendary tuning firm specializing in the modification of Toyotas, was about to embark on a project to sell its high-quality performance parts to the Southeast Asian market. 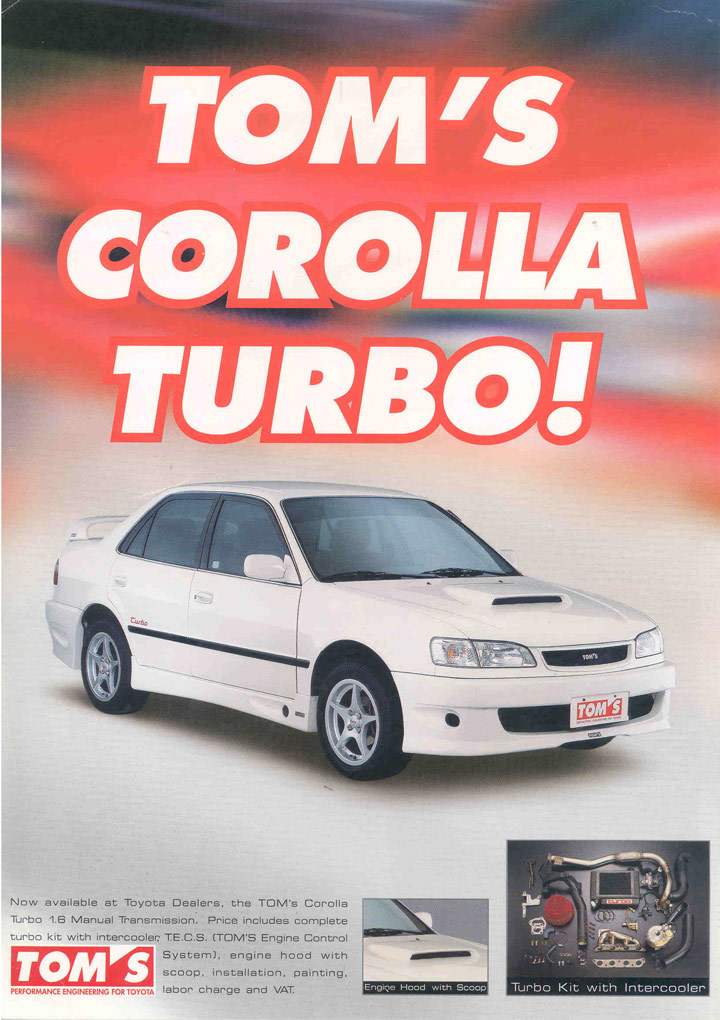 Through its local counterpart Kilton Motors, TOM'S created a product aimed at improving the appearance and performance of the Toyota Corolla Altis, Toyota's best-selling sedan model in the Philippines at the time. From its stylish aero kit to a complete bolt-on turbo unit, the Corolla was aimed directly at its main competitor and every boy racers dream—the Honda Civic SiR.

Though not directly sold by Toyota Motor Philippines, the manufacturing giant gave its blessing to sell the kits through its local dealer network. TOM'S needed to advertise its product, so it built a test vehicle to showcase the upgrades. While the bodykit was an existing component from the TOM'S inventory, the turbo kit was designed,  built, and tuned specifically for Philippine roads. 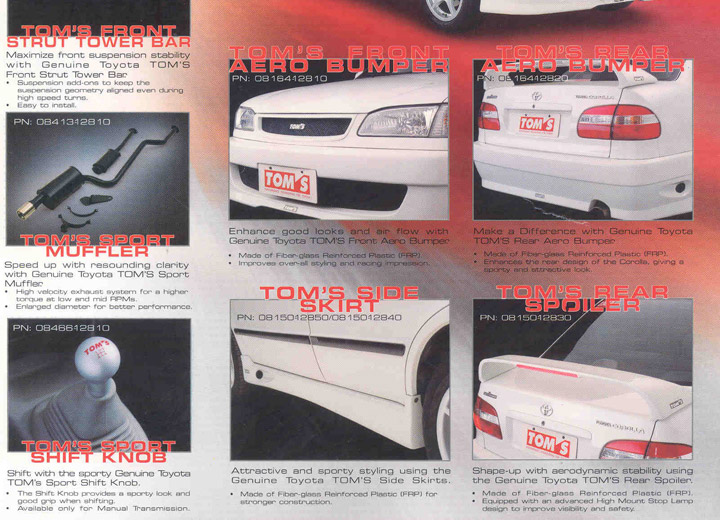 To keep costs down and maintain reliability, various off-the-shelf Toyota components like the turbo and intercooler were used, but everything else was fabricated in-house by TOM'S. Both the turbo manifold and downpipe were fashioned from welded tubular stainless steel, while the intercooler piping was made from aluminum. The 3in custom exhaust featured a  mild steel construction. All of this was tuned by TOM'S using its own programmable ECU. While no official dyno figures were ever posted, the engine was said to produce a healthy 150hp at the wheels, easily beating the Civic SiR's figures. All that performance did not come cheap, however, and with a hefty price tag of around P160,000—on top of the SRP of the Corolla Altis that the owner had to provide—very few could afford the TOM's package. 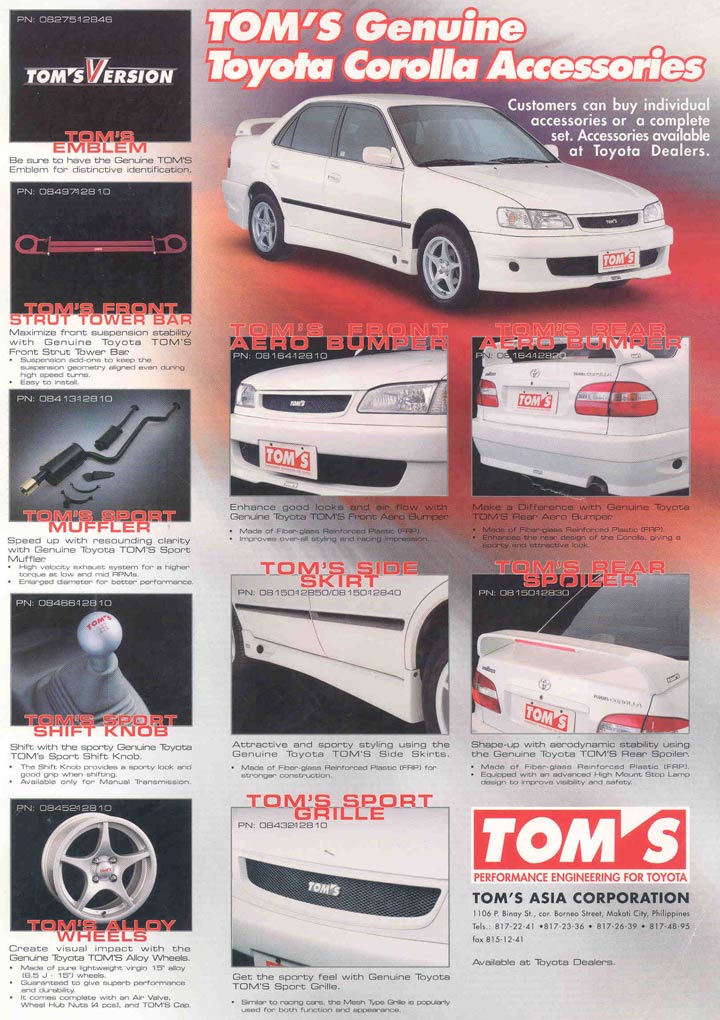 I was fortunate enough to have possession of the test vehicle for a few days, and to say it was entertaining to drive is an understatement! The sporty bodykit clearly set it apart from the standard Corolla. The most striking pieces were the hood scoop that provided cool air for the top-mounted intercooler; the front bumper with an integrated air dam; and the tall, one-piece rear wing.  The 15in-by-7in alloy wheels were an exclusive TOM'S design, and as one would expect from a major tuning firm, fit, finish, and build quality were top-notch.

The small turbo spooled quickly and provided a good amount of power at a low rev range. Turbo lag  was kept to a minimum thanks to the unit's relatively small size, and drivability was exceptional thanks to the countless hours of road tuning.  The car was very quick and the engine pulled hard, easily lighting up the front tires all the way up to third gear. You could get yourself in serious trouble pretty quickly with that kind of performance. During a publicity stunt, the car was entered in a local drag race piloted by actor and TOM'S works driver, Jomari Yllana. The car pulled off a claimed 11+ second, 167kph run down the 1/8th mile! No mean feat for a fully-loaded street car. 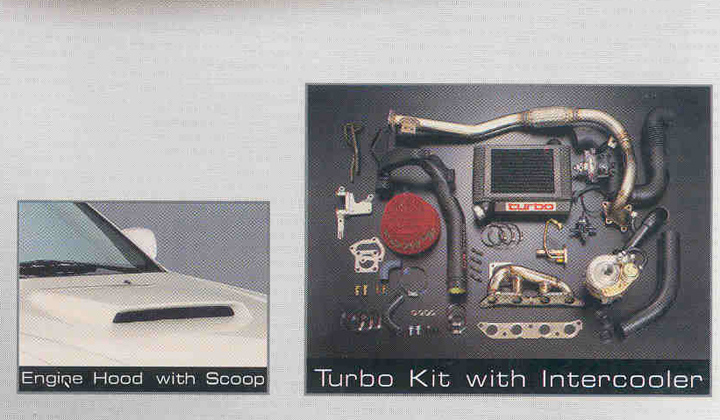 Despite the company's efforts to market and sell the car, there are perhaps only a handful of bodykit and four complete vehicles that were ever actually sold. Today, little is known of the whereabouts and conditions of these cars, but a reliable source tells me they are in fact still around and intact, and one of them still in its original condition.

Some people loved the way these cars looked. Others, not so much. But one thing's certain: These are probably one of the fastest and most powerful Corollas ever sold by  local dealers. I'd say that makes the TOM's Corolla Turbo pretty damn rare.

Note: This article was written by our new contributor, Cael Gaite. Currently based in California, Cael was the 1985 Philippine National Karting Champion and Karter of the Year. He was active in the local motorsports scene in the '90s, first as team manager of Toyota Team Balintawak, and then moving on to be a works driver for the same team in the Toyota Corolla Cup. In 1998, he finished third in the production class of the Subic Super Saloon Series, driving under the Toyota banner. In 1999, he was a works driver for TOM'S Toyota Philippines. Welcome to Top Gear PH, Cael! 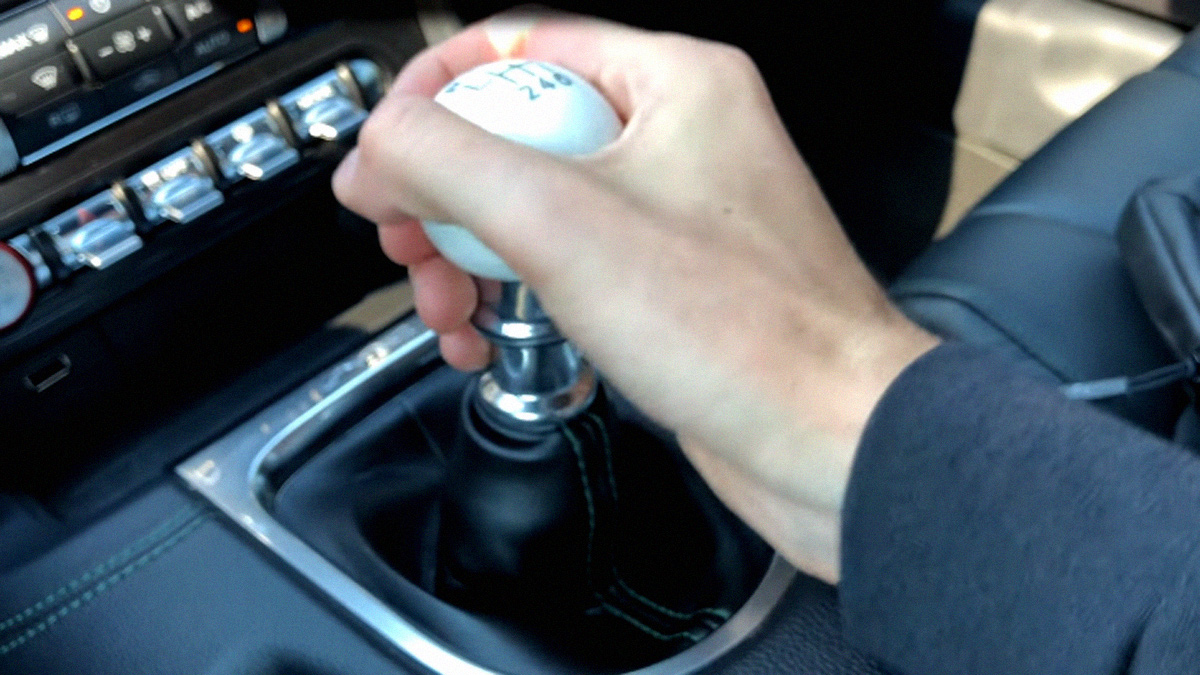 Best of YouTube: 5 Reasons not to buy a manual-transmission car
View other articles about:
Read the Story →
This article originally appeared on Topgear.com. Minor edits have been made by the TopGear.com.ph editors.
Share:
Retake this Poll
Quiz Results
Share:
Take this Quiz Again
TGP Rating:
/20