Ridden by Cory and Noynoy, too
by Dinzo Tabamo | Jun 13, 2016
CAR BRANDS IN THIS ARTICLE 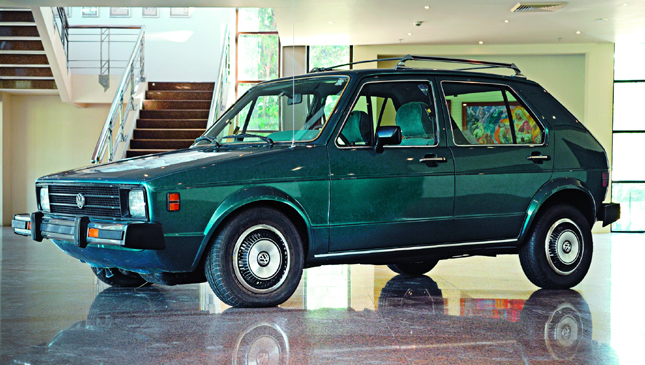 Once upon a time, this car ferried Ninoy Aquino and his family while they were living in exile in Boston. Only a few cars in history have humble origins yet also have historical significance. One such car is this USDM 1980 Volkswagen Rabbit, which is more popularly known as the Golf in the rest of the world.

We don’t know why the Rabbit name was used for the US market, but we do know that because of the insensate driving sensation preferred by the Americans, this model’s suspension was said to have been softened and its cabin materials cheapened. Despite these compromises, the Rabbit was a successful car for its mother company. Its lines may look basic and boxy now, but it was considered rather stylish during its day--penned by no less than the Italian automobile designer Giorgetto Giugiaro. It followed the tire tracks of the Beetle in yielding healthy sales figures for the German carmaker. The Rabbit/Golf was a popular car in the ’80s--the Teutonic version of the Honda Civic. But that’s not the main reason we’re featuring this particular model.

This small, unassuming automobile was the family car of the Aquinos while they were living in exile in Boston during the early ’80s. Yes, the Aquino family. Which means this VW transported two Philippine presidents and one of the best senators we’ve ever had. 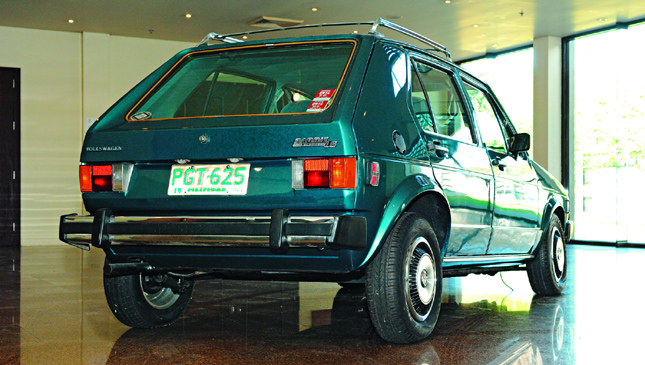 This Rabbit is currently on display at the Aquino Center in Tarlac. Positioned beside it is a framed photo of the late Senator Aquino and the family Akita next to the VW. It’s a serene photo of a picture-perfect suburban lifestyle. No wonder the late President Corazon Aquino said that their time in Boston was the happiest period of their colorful lives. And this car was a witness to that joy.

According to eldest daughter Ballsy Aquino-Cruz, this was Ninoy’s personal car. "He drove it to Harvard, MIT, the grocery, almost everywhere," she shares. "Of his children, maybe I got to drive it the most because I couldn’t drive the station wagon." Indeed, the Rabbit still has the stickers of the prestigious institutions of learning where Ninoy had research fellowships and gave lectures. 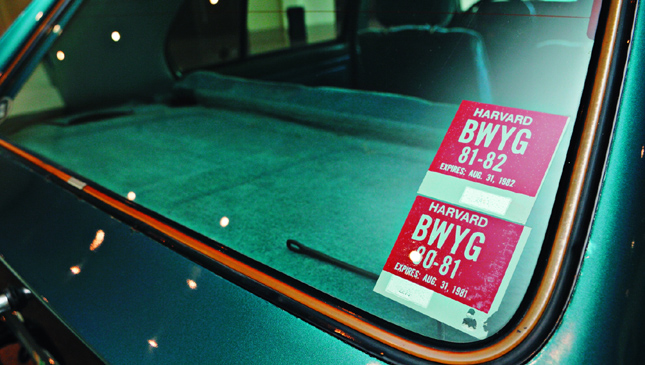 When we ask why this was the late senator’s choice of transport, Ballsy replies: "I never asked him, but I guess it’s because the VW is a good car, and the (compact) size is perfect for the greater Boston streets. It’s easier to get parking with it, too."

The car itself is in pristine condition considering it’s more than 30 years old. At first glance, we thought the car had been repainted because the finish is well-maintained. But the manager of the Aquino Center, Karen Lacsamana-Carrera, states that the paint is still original. The cabin is in a similar state of good preservation. The seats and the interior trim still smell and feel like the ’80s. All the doors, the locks and the windows are still working. 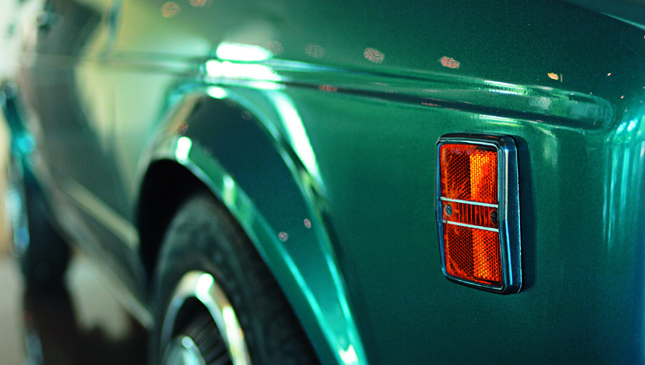 As we know, the Aquinos left Boston in haste after August 21, 1983--a very tragic day in our nation’s history. The VW was left to the care of Cesar Buenaventura, a close family friend. Buenaventura’s daughter Gigi remembers opening the Rabbit’s glove compartment and seeing it full of the immunization receipts of the Akita dogs of Ninoy.

In 1986, the car was transported to the Philippines, where it was garaged in the Cojuangco residence in Makati. It stayed there until 2012, when friends of the Ninoy and Cory Aquino Foundation--who wish to remain anonymous--restored it to its current operating condition and brought it to the Aquino Center in Hacienda Luisita in Tarlac. 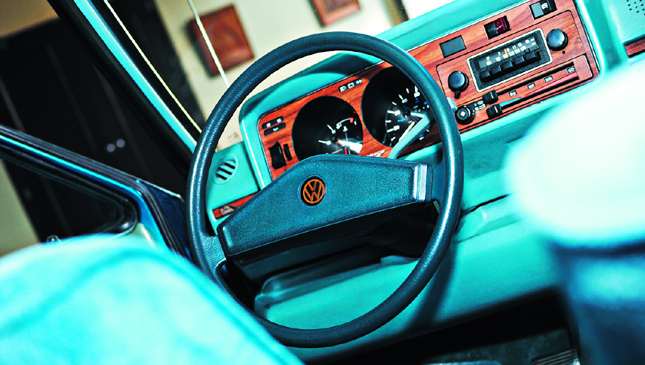 By fate’s design, the Aquino family altered the course of our country’s history. But they will always have a special fondness for their old car. Ballsy adds: "I only have happy memories of the Rabbit. I had not driven before we lived in Boston. It may be a small car but we managed to put so many things inside it. Dad would drive himself to the airport and I would accompany him so that I could drive the car back home, and just pick him up when he landed."

This Rabbit is an unassuming time capsule of a famous family’s most cherished moments. Two of its passengers went on to be chauffeured in executive sedans bearing the most exclusive license plate ("1") in the country. But the Rabbit knew them when they were just a simple Filipino family consisting of a dad, a mom, four daughters and a son, living out a time in their lives they will never forget. 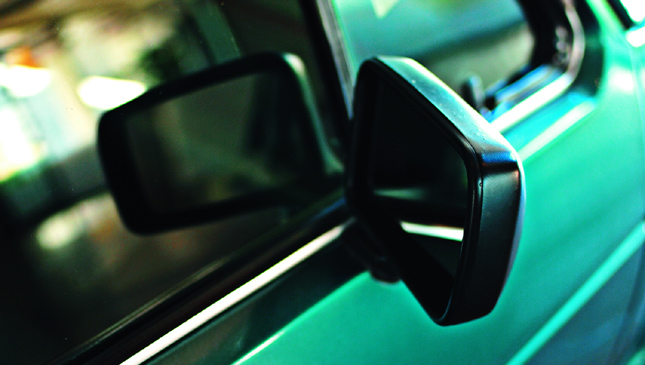 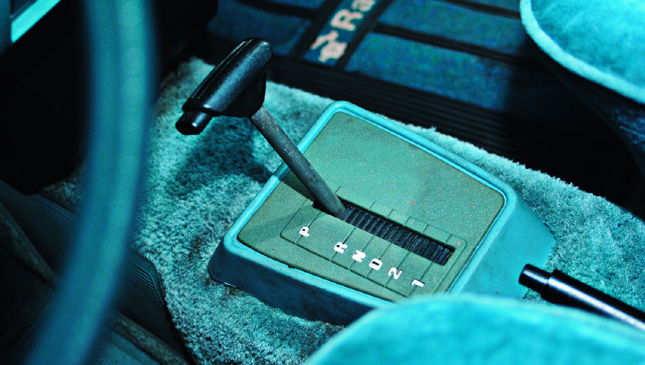 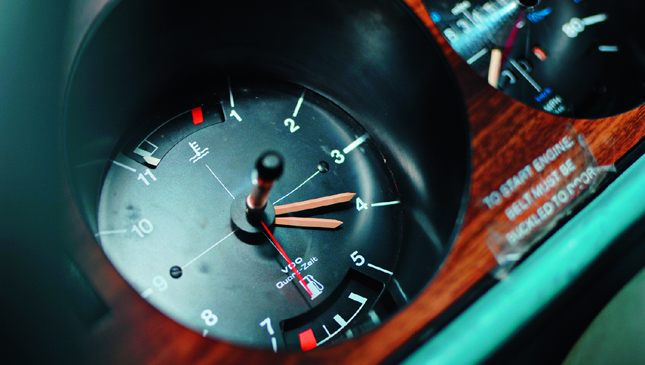 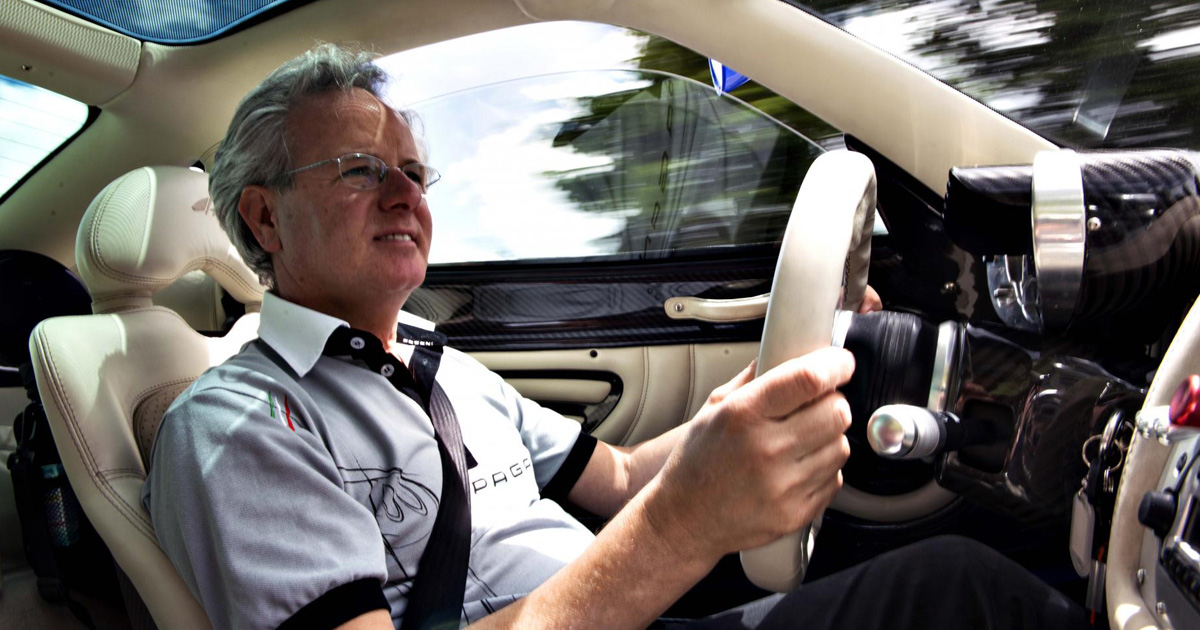 We chat with supercar icons Horacio Pagani and Christian von Koenigsegg
View other articles about:
Read the Story →
This article originally appeared on Topgear.com. Minor edits have been made by the TopGear.com.ph editors.
Share:
Retake this Poll
Quiz Results
Share:
Take this Quiz Again
TGP Rating:
/20