Including the soon-to-arrive CX-3
by Paulo Rafael Subido | Jul 17, 2016
CAR BRANDS IN THIS ARTICLE 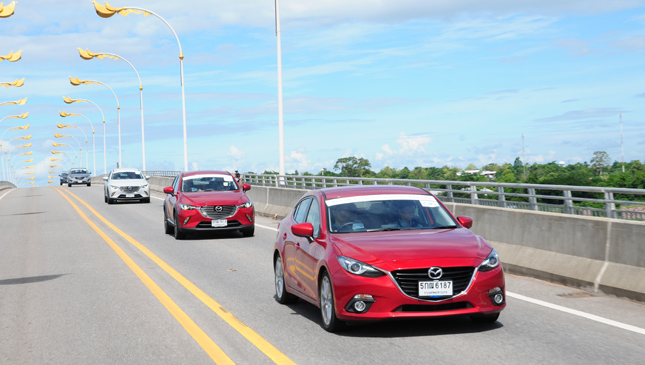 I love epic road trips. I live for them. A huge part of it has to come from being on the move. There's something very special about seeing the scenery blur past, feeling the road underneath the tires of your vehicle, and carving motion through space. Not many people will understand the allure, but if you are reading this, chances are you probably love driving as well.

When I was first notified about the Mazda Skyactiv ASEAN Caravan event, I got excited. Mazdas are known for making some really fun-to-drive cars, so getting behind the wheel of one is always a treat. But the selection of cars that we were to drive was special. There was the CX-3 crossover, which will be launched in our market sometime this year. This is the model that everyone would most probably be taking pictures of, and the Philippine delegation was lucky enough to get first dibs on it.

Our delegation would also cycle through the 3, the 2 and CX-5. The folks from Mazda were apologetic that the MX-5 wasn’t going to make an appearance. Oh, well. The plan was to drive from Bangkok to Hanoi to see all the beauty that the region had to offer, and at the same time experience the Skyactiv-equipped cars.

We launched from the charming old part of Bangkok at the break of dawn. I decided to take the back seat of the CX-3 for the first leg to spare myself from the stress of having to drive through the notorious traffic the city is known for. My worries were unfounded, because as soon as we hit the highway on-ramp, it was super smooth sailing all the way.

The highway system of Thailand is very impressive. I don’t remember a single pothole at all, maybe because I was fast asleep for a very long stretch. When I did get behind the wheel, it was high-speed running following the leader of the convoy. We were running above 120kph most of time, and my companions and I just shrugged and kept pace with the cars up ahead. We arrived at Nakhorn Phanon at the edge of Thailand, and checked in at a hotel overlooking the majestic Mekong River. Total mileage? A whopping 750km. And this was just the first day.

We woke up bright and early the next day and hopped into our respective rides. Upon crossing the border to Laos, the roads became more like what we have back home. Potholes and road construction marred the route, but there was a charm to the place I couldn't quite put my finger on. We weren’t going to spend much time here, and so after a very quick lunch at Lak Sao, we pushed on to the Vietnam border. As we crossed it, our passports weren’t returned to us--SOP for tourists, by the way. The police would hold our travel documents, we were told. No use worrying now.

To lighten the mood as we crossed the border, I couldn’t help but blast Miss Saigon tunes on the stereo, throwing caution to the wind. This second day had us waking up in Thailand, having lunch in Laos, and eating dinner in Vietnam. Total mileage? A solid 350km. And apart from a close call--which was easily averted by the Mazda 3’s power and lightning-quick transmission--while overtaking with an oncoming truck heading our way because of some radio miscommunication, it was a fun drive through some very fast, twisty roads.

On the third day, we took off from Vinh, launching from a massive Ho Chi Minh monument. Once the road opened up again, the beauty of the Vietnam countryside overwhelmed us. It was picturesque and absolutely charming. On the radio, our guide shared the history of Vietnam and a local’s perspective of how and why the American War had taken place. It was a highly educational and very introspective drive. However, I was glad I wasn't driving when we did pull into Hanoi. It was a massive rush of motorcycles that would come at you from every direction. We were warned by our guides to use the horn liberally. Still, the city was absolutely gorgeous, with its European inspired streets and architecture. Mileage for the day was 490km.

Our passports were eventually handed back to us on the final day, and it was time to fly back to Manila.

The final specs and pricing of the CX-3 have yet to be announced, but this road trip revealed that the model lived up to the reputation of being a fun-to-drive crossover. It is a Mazda after all. We look forward to driving the Philippine-spec model when it arrives, and to give you guys a more in-depth review. Would I do something like the Thailand-Vietnam drive again? Yeah, man. Let’s make the next trip 3,000km. I’m down for that. 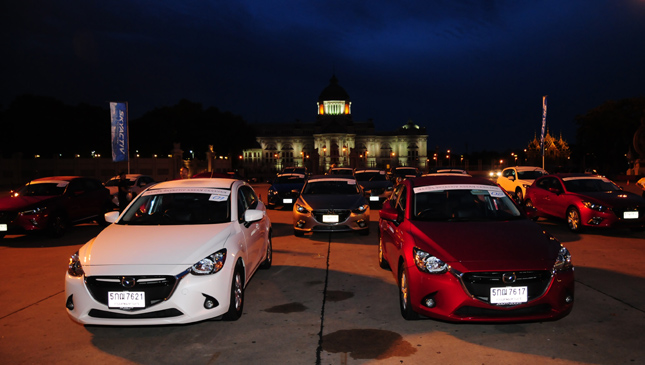 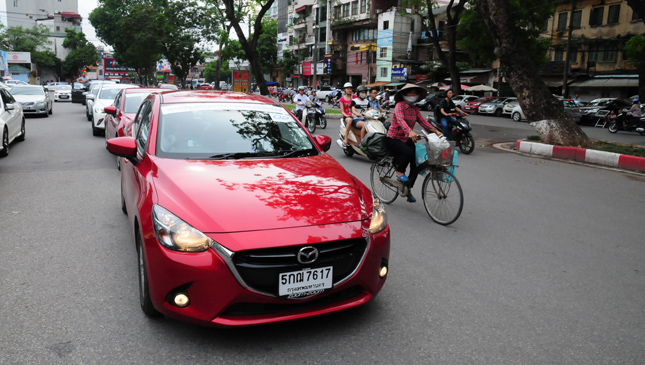 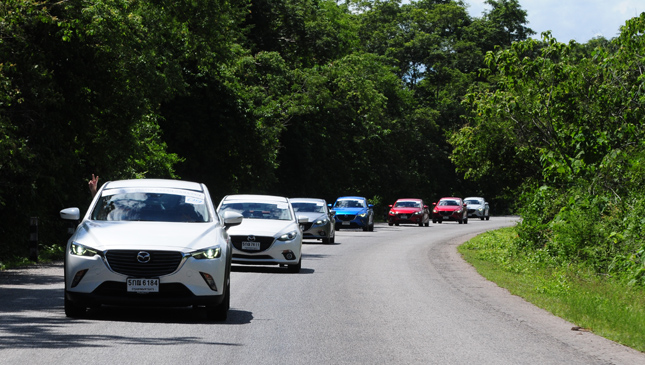 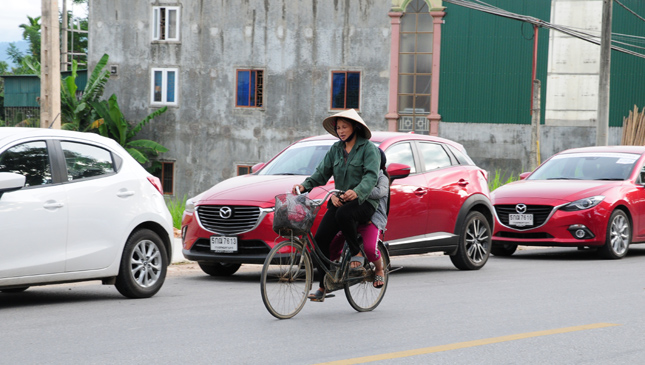 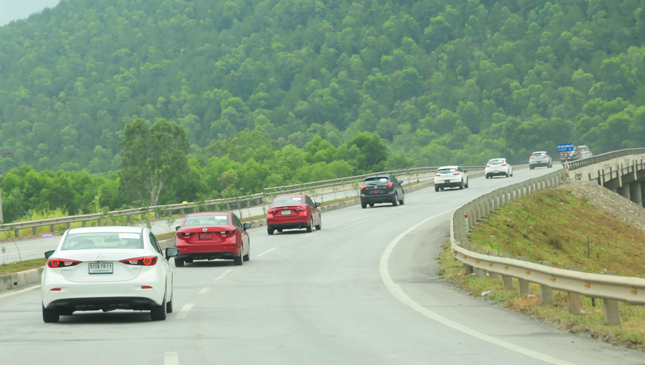 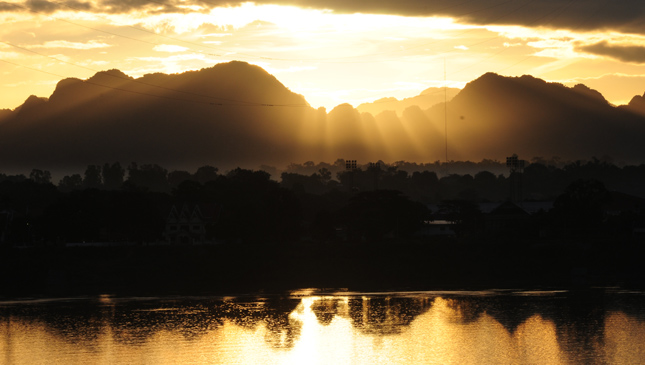 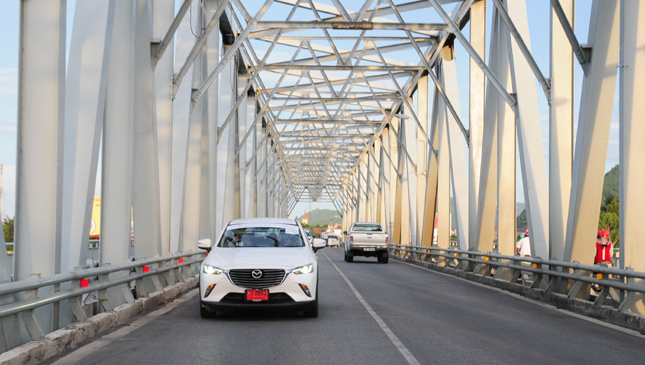 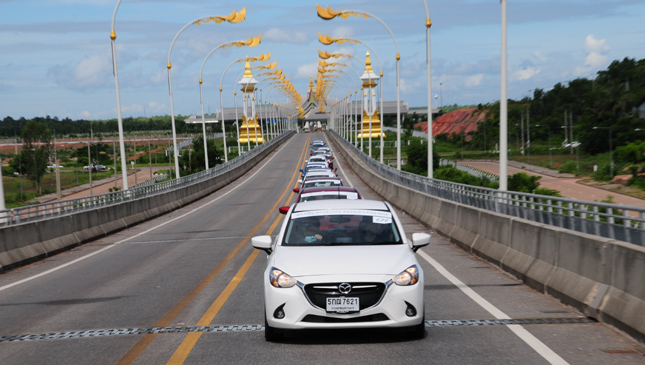 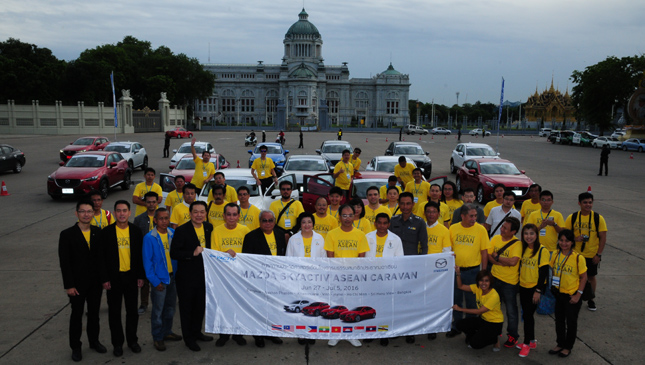 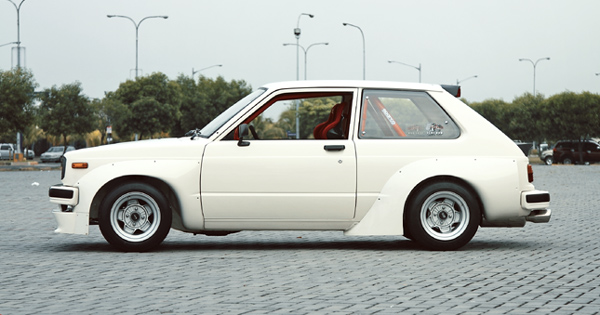 Stunning Toyota Starlet shipped to PH piece by piece
View other articles about:
Read the Story →
This article originally appeared on Topgear.com. Minor edits have been made by the TopGear.com.ph editors.
Share:
Retake this Poll
Quiz Results
Share:
Take this Quiz Again
TGP Rating:
/20