The best of YouTube: Is the R34 Skyline the coolest Nissan ever?

Why is the R34 Nissan Skyline GT-R such a hit in the US? American car lovers dream of owning one despite the very limited number of road-legal units in the country. But why? YouTuber Doug Demuro explains, going as far as to call it "the most desirable Nissan ever built."

Nihon Nights: Japan's custom car culture. If you love Japanese car culture, you're going to love drifter Mad Mike's new documentary about the country's "after-dark modified auto scene." "It doesn't really matter what type of platform you have, in Japan it's all about personality," he says.

The Baja 1000 turns 50 years old. The planet's most hardcore off-road racing event is turning the big 5-0. Since 1967, cars of all shapes and sizes have been tearing up the Mexican Peninsula in a competition of skill, endurance, and sheer perseverance. Here's to 50 more!

Turning gas guzzling rides into cleaner ones. With over 3.5 million vehicles spewing emissions on a daily basis, Mexico City is one of the most polluted places on Earth. So, what's being done about it? Well, auto mechanic Alvaro de la Paz and his partner Hector Ruiz are converting old cars into electric vehicles.

Ready Player One's latest trailer. More of the DeLorean, and more Easter eggs. Tracer from Blizzard's Overwatch, Harley Quinn, King Kong, The Iron Giant—there are just too many to count. Did you catch all of them? 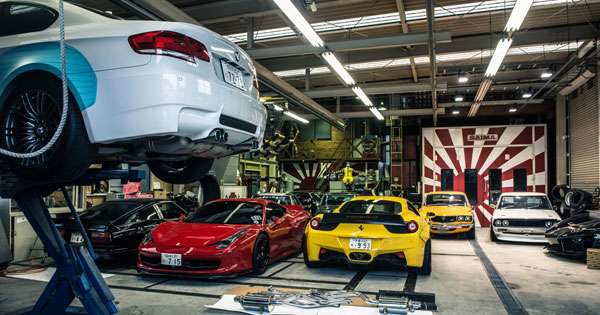 28 images: A tour of the Liberty Walk headquarters in Japan
View other articles about:
Read the Story →
This article originally appeared on Topgear.com. Minor edits have been made by the TopGear.com.ph editors.
Share:
Retake this Poll
Quiz Results
Share:
Take this Quiz Again
TGP Rating:
/20