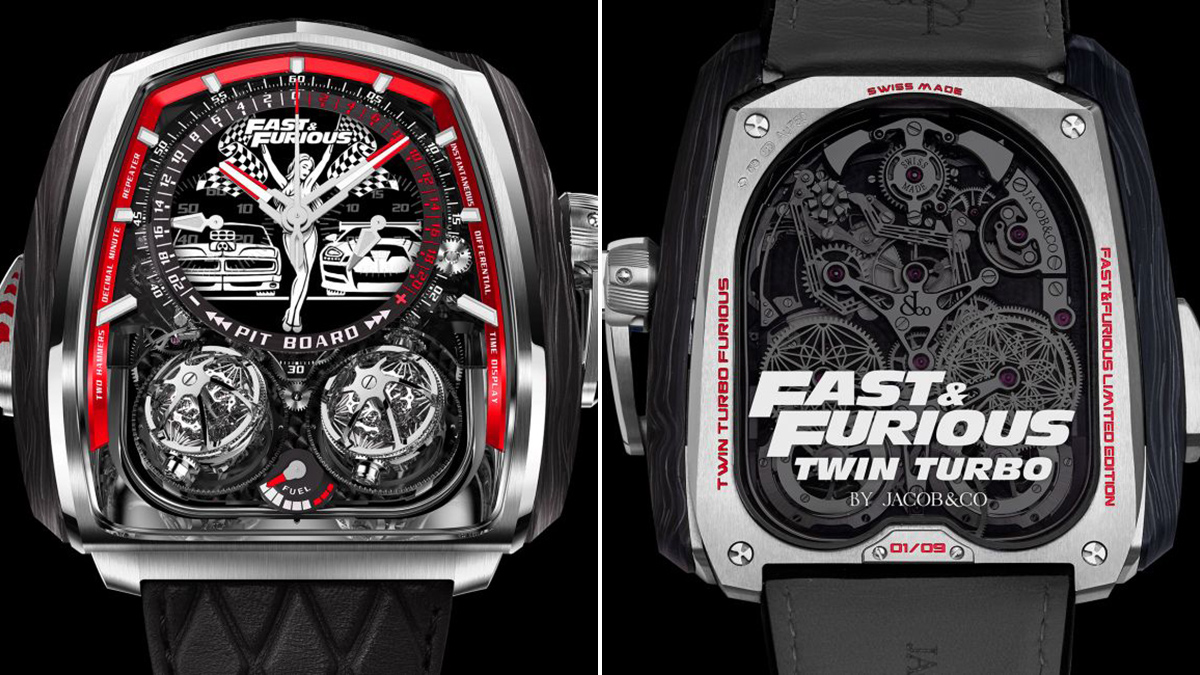 We’re kidding, of course. Jacob & Co. describes this release as a “uniquely complex timepiece designed for devotees of high-performance sports cars” that “merges it with the iconic symbols inspired by one of the most popular movie franchises of all time.” It also costs a whopping $580,000 (P28 million).

That’s a lot of moolah for a movie-inspired watch. So, what are you getting? Aesthetically, the large sapphire face features images of a starting girl with checkered flags, a muscle car, and a supercar. The Fast and Furious movie logo can also be found up front, as well as on the clear caseback. The build is made from titanium and carbon, while the bezel is Neoralithe. 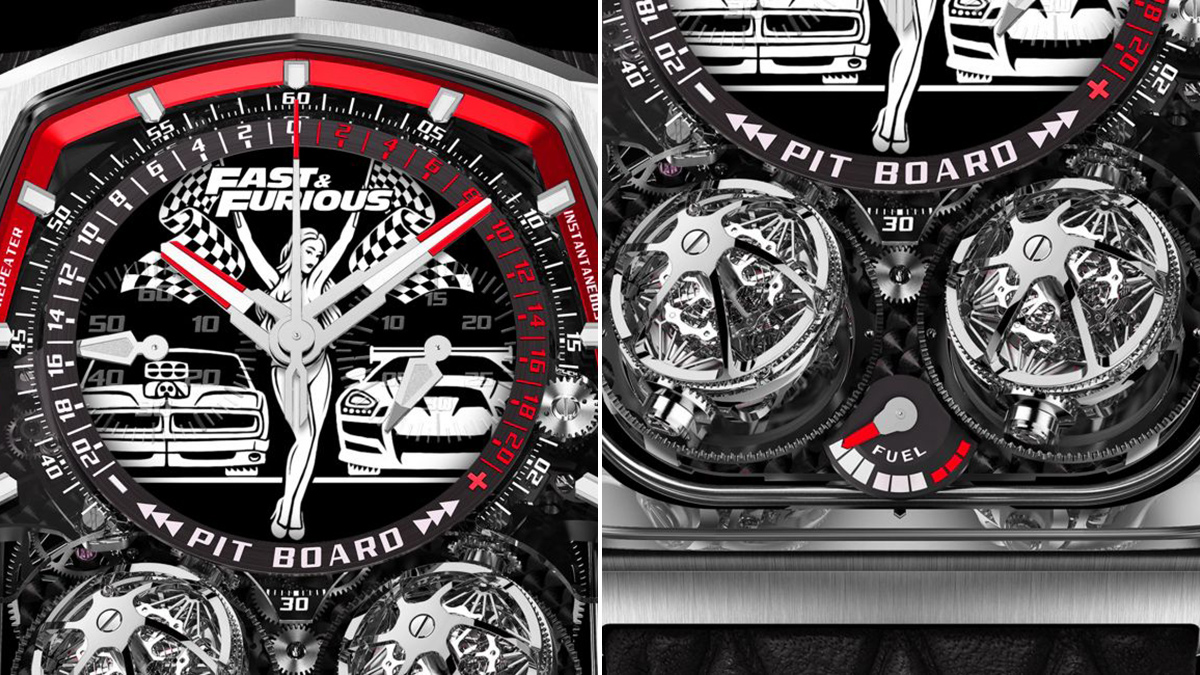 Function-wise, there’s a second indicator by the 9 o’clock position, and a minute counter a the 3 o’clock. It also runs on a Double Triple Axis Sequential High-Speed Tourbillon system, which essentially means this timepiece is as expensive as it is accurate.

All in all, the Fast & Furious Twin Turbo has a total of 832 components—an ode to the number of on-screen gear changes in the franchise’s first seven films. Again, we’re kidding, but yes, the watch really has that many parts.

Oh, by the way, Jacob & Co. has only built nine of these babies. Want one? 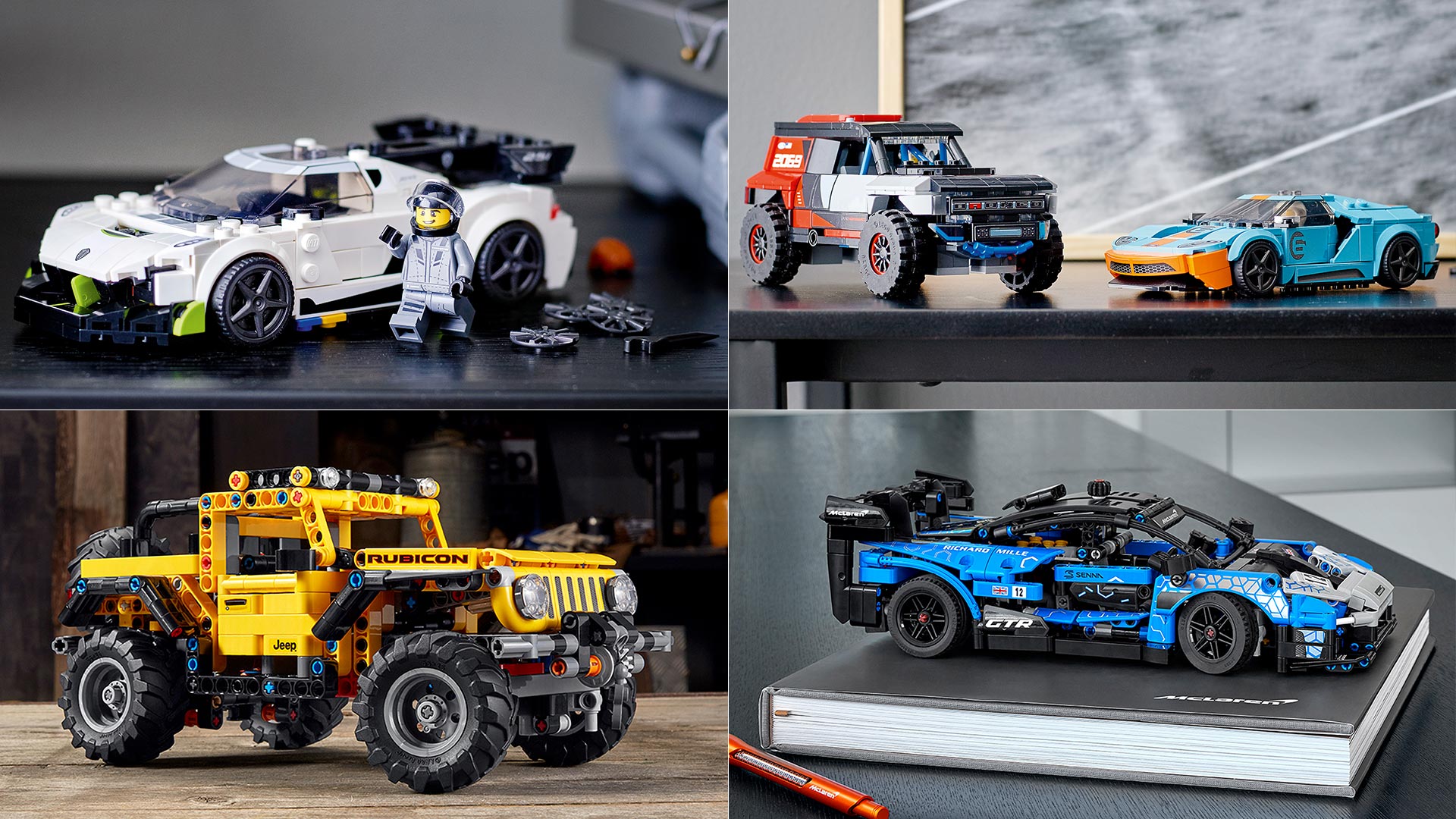 Here are 10 Lego sets you should try building with the family on Father’s Day
View other articles about:
Read the Story →
This article originally appeared on Topgear.com. Minor edits have been made by the TopGear.com.ph editors.
Share:
Retake this Poll
Quiz Results
Share:
Take this Quiz Again
TGP Rating:
/20