Child safety seat 101: Which one is most suitable for your kid?

One of the bonuses of owning an automobile is taking long road trips with the family. But for those of us with small kids, assuring their safety in a car equipped with adult-sized seatbelts is a big issue. While there are a number of baby seats, child seats and booster seats available on the market, choosing the right one is often a difficult--and expensive--task. But it pays to not skimp on the safety of your child. You've just spent good money on a safe, modern car--your child's car seat deserves the same kind of thoughtful consideration. 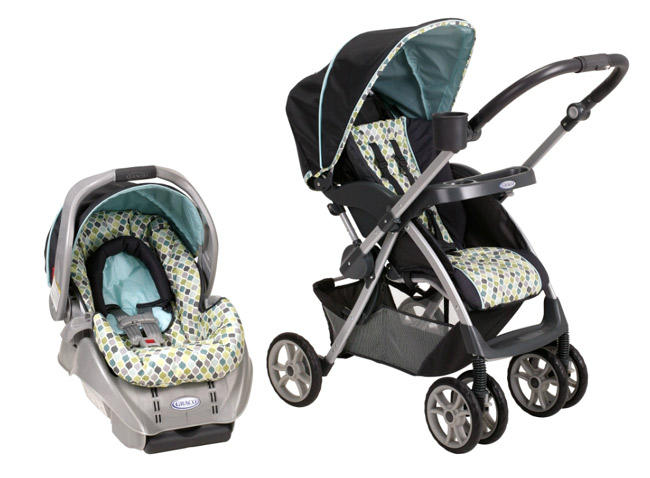 While there are a lot of stand-alone baby seats--some with more toys and amenities than a top-of-the-line La-Z-Boy recliner--a more practical solution is a "travel system" or a stroller-seat combo. One of the more popular ones is Graco's Classic Connect system as seen on the Alano, which features a baby seat that can be used as a child carrier, attached to a stroller to turn it into a pram, or attached to a base to use as a car seat. This makes transferring a sleeping child from car to stroller (and vice versa) incredibly convenient. While the base can either be attached via the Isofix LATCH system or a lockable center lap-belt in the backseat, there are also provisions to secure the seat via seatbelt without the base, which is useful when switching between cars.

Over the last few years, three-wheeled "jogging strollers" have gained local popularity, and lightweight aluminum models such as Britax's B-Agile are also designed to mate with car seats. These are often more expensive than traditional systems, but both Graco and Safety 1st offer similar strollers at a lower price.

Systems from these manufacturers are approved and tested by the US National Highway Traffic Safety Administration (NHTSA), so safety is assured, as long as the seats are properly mounted. While some manufacturers state that children can sit in forward-facing seats at as early as six months, children don't have the neck muscles needed to cushion their spine from the forces involved in a crash and should be kept in rearward-facing infant seats for as long as they fit properly. When choosing between these systems, it's important to check for ergonomics and easy adjustability of straps. It's important that the straps are secure; otherwise, the seat can't do its job. 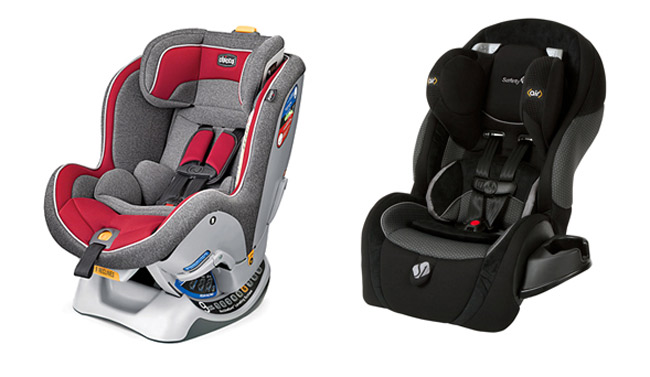 Once the child can sit securely upright, a forward-facing child seat becomes a viable alternative. There are a lot of these on the market. Brands like Chicco and Safety 1st offer seats that--while not quite as impressive or expensive as Recaro child seats--are affordable and certified safe by the NHTSA. Yes, boys, there are Recaro child seats. And they cost almost as much as adult Recaro models. But yes, they're incredibly cool.

As with baby seats, these have to be properly mounted to work properly, either via Isofix or by using a lockable and adjustable center belt. The advantage of child seats over boosters for smaller children is the use of a five-point harness, which better distributes the forces across a body in a crash. Other child seats use the car's own seatbelt, but thread the shoulder harness through an adapter. We'll explain the importance of this later on. 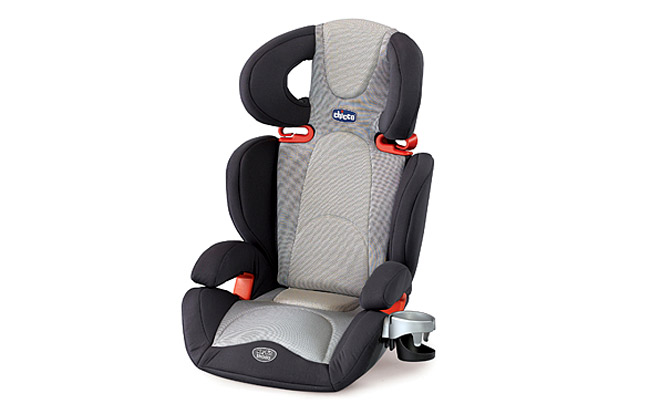 Once your children have outgrown the car seat, they can use a booster. Some child seat systems can be converted into a booster, for use with older children. As long as they are under 4.5ft (137cm) and 80lbs, it is recommended they use a booster, as adult shoulder belts are dangerous. Adult-height shoulder belts often rest too high upon the child's body and can cause broken collarbones or even necks in a crash. Some modern cars have adapters for children, but a majority of the cars on the road don't.

Also, take care when ordering cheaper brands. Do your research to find out if these are sold in markets such as the US or the UK, which have strict regulatory requirements for child seats. Saving a few thousand bucks is often not worth the extra risk. And cheaper brands with cheap plastic will not last as long. A durable travel-system or child seat can be passed down from child to child, saving you tens of thousands in the long run.

Taking children on a long road trip is a challenge, but it's often well worth it. The right equipment and preparation help ensure the safety of your little ones, and provide you peace of mind. But bear in mind that an active safety device is still more effective than a passive safety device. Whether your kids are properly secured or not, responsible, defensive driving is the best safety measure of all.