6 Things you should not do when driving in the rain

It’s that time of the year again when umbrellas, jackets, coats, and boots start taking up the shelf space near the entrance of your local department store. The rainy season is upon us, and it’s time we update you with a few reminders on what you shouldn’t do when driving during a thunderstorm.

We’ll say it over and over again until people actually stop doing it. Tailgating shouldn’t be a common practice to begin with, but its associated risks and dangers increase tenfold when you do it in the rain, regardless of what speed you drive at.

Keeping distance to the car in front is necessary because visibility is low, meaning it’s harder than usual to react to anything happening around you. Your brakes might fail you as well, given how slippery the roads can be under a deluge, so the gap you leave might be what saves you from a collision. And lastly, dirt, gunk, and oil can accumulate on your windshield because of the road spray from the car directly in front of you.

2) Driving over the speed limit

Again, visibility and control worsen under wet conditions. We advised you to keep your distance to the vehicle in front of you, not the one behind. Even if you say you’re not breaking any rules, that doesn’t mean you’re actually being cautious, so keep it gentle on that throttle. Oh, and while you’re taking it slow and steady...

3) Switching on your hazard lights

Seriously, it’s a bad practice. Those blinking lights are meant for immobile vehicles stopped on the side of the road. A lot of Filipino drivers have been led to believe otherwise—just try driving through any of the northern or southern tollways during a storm, and you’ll see what we mean. Besides, we’ve covered this one before already.

Unless you’re driving on familiar terrain and you’re definitely sure it’s safe to run over that puddle, just stay away from it entirely. If you’re not sure what’s underneath, it’s best to steer clear. You wouldn’t want to accidentally speed past a pothole and damage your car, wouldn’t you?

5) Testing your luck with floods

If you thought puddles were a problem, then we hate to break it to you, but you have to occasionally deal with floods, too. You’re probably already familiar with how some roads across Metro Manila transform into bodies of water come any storm, right? Find a better route if you know there’s a looming typhoon that might hit while you’re in transit, lest you end up in the news with a submerged vehicle you’ve tried (and failed) to force past the flooded roads.

It’s natural to feel fear while driving during a storm, especially at night. If you find the road too intimidating and you think you aren’t capable enough to drive in low-visibility and wet conditions, then wait out the storm. If you worry your car is the problem because it isn’t 100% ready to take on the deluge—whether it’s got busted head- or taillights, faulty wipers, or a broken A/C—then it’s best to not get on the road at all before you’ve had these repairs and replacements done.

As the season changes and rains start to pour, be sure to keep safe driving out there. Remember these warnings to avoid the risk of any unfortunate incidents while you’re in charge behind the wheel. 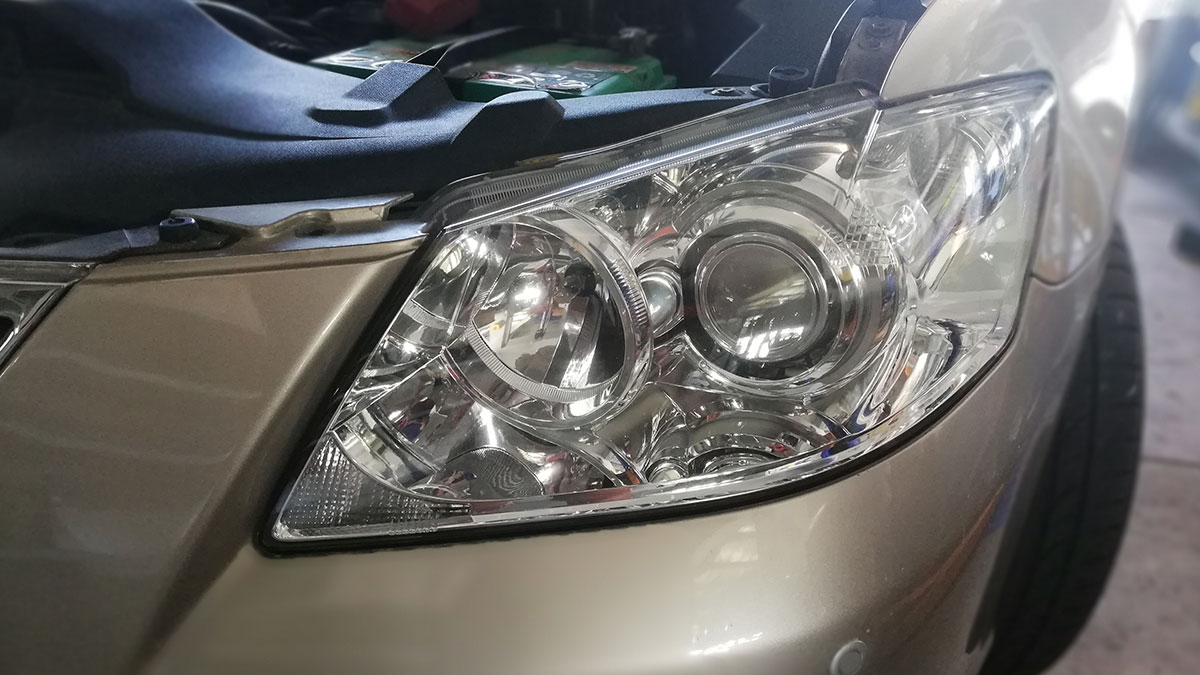 This is how you restore faded plastic headlight lenses
View other articles about:
Recommended Videos
Read the Story →
This article originally appeared on Topgear.com. Minor edits have been made by the TopGear.com.ph editors.
Share:
Retake this Poll
Quiz Results
Share:
Take this Quiz Again
TGP Rating:
/20