Can 'playing' with your parked car lead to damage? 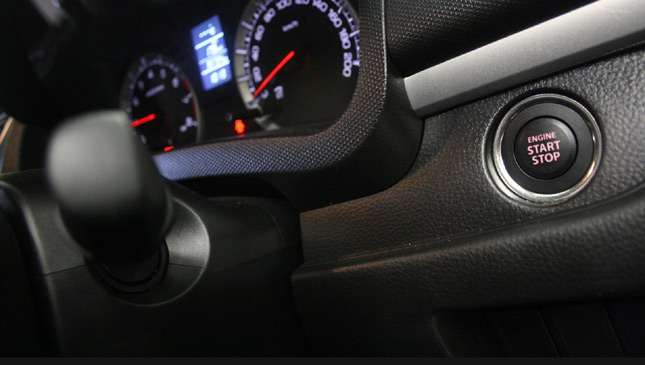 You’ve done it, I’ve done it, we’ve all done it. Gotten in our parents’ cars, playing with the switches, the controls and whatever other movable, touchable, switchable things are within arm’s reach from the driver’s seat, until they come to shoo you away.

As we get older, we learn not to play with our rather expensive automotive toys when they’re at rest. Well, some of us do. But how bad is it, really, to do so?

While most of the systems in your car are electrical, and are off when the car is off--except the lights, for obvious safety reasons--there are some points of concern. Let’s take a look at them.

1) The ignition. On-off. On-off. As long as you’re not engaging the starter, you’re not hurting anything, right? But the drain on the battery from priming the fuel pump and electronics over and over again can take its toll on your battery. And, on a diesel with glow plugs, accidentally leaving the ignition on overnight can burn them out.

2) The handbrake. While the clickety-click cranking sound of a handbrake going up is indeed entertaining to a six-year old's--and sometimes adult's--ears, yanking it too hard can stretch the cable, leaving you with an unsatisfyingly loose and ineffective handbrake.

3) The brake pedal. When you play with the brake pedal while the car is parked, you may notice it getting harder and harder. Modern hydraulic braking systems use vacuum-assist to lower the effort needed to push the brakes. This vacuum is drawn from the intake manifold of the engine, and/or from an electric vacuum pump. Since neither of these is on, pressing on the brakes slowly uses up the available vacuum. After about three or four presses, you’re left with a rock hard brake pedal. The brakes still work, but are now completely unassisted.

Thankfully, when you turn the car on, it generates vacuum again, and the brakes go back to normal. Be more worried if, while pumping your brake pedal, it suddenly goes limp. Better get that looked at, quickly!

4) The accelerator pedal. On a modern electronically fuel-injected car, absolutely nothing happens at all when you press this while parked. The fuel systems are controlled by the engine electronics, and are not active until the engine starts running.

On much older carburetor-equipped gasoline cars, where fuel is delivered mechanically, there’s a small amount of fuel reserve inside the carburetor itself. Pressing the gas pedal releases some of this into the engine. Do it enough times, and the engine will "flood" with gasoline, and will become difficult to start.

5) The clutch pedal. Playing with this will wear out your clutch’s throwout bearing. Eventually. But changing gears while driving will also wear it out. Eventually. Actually, riding the clutch--holding it down halfway while driving or parked--is much more damaging to the clutch. Actually pumping with the pedal while parked, with no heat in the transmission and the plates NOT spinning past each several thousand times a minute, is relatively safe. It’s stupid to play with it while parked, but not horribly so.

6) The gearshift. Automatic gearshifts are electronic controls, and do nothing while the car is off. Manual gearshifts see no unusual wear from being stirred while stationary, apart from wear on the shift forks, which will happen in everyday use anyway. Sometimes, the gearbox will be balky going into a gear if the synchros are not aligned--but this treatment is mild compared to all the gears you grind while learning how to park. Still, don’t play with your happy stick too long. Clip-on shift knobs can sometimes come right off in, uh, over-enthusiastic hands.

6) The steering wheel. Many old timers will tell you to never, ever steer a car while it is stopped. You can supposedly wear out suspension parts, or stress the power steering system. A hydraulic power steering system draws some 10-20hp from your engine, and can pressurize hydraulic fluid from just a hundred to over a thousand psi--pounds per square inch. Turning the wheel while driving demands up to several hundred psi from the pump. Turning it while stopped requires up to double that pressure. In some cases, multiple twirls of the wheel can overload the hydraulic pump, causing what is known as "cavitation," where the hydraulic fluid boils, leading to a loss of assist and suddenly heavy steering.

On cars with electric steering pumps, you can temporarily overheat the assist motor, leading to a loss of power assist or, worse, the car going into "limp mode" to protect the delicate electrical systems.

The good news? Except in the case of a few SUVs/pickups with undersized power steering pumps or electric motors, it takes a whole lot of seeing and sawing to overload the power steering. The kind of strain you typically only see during a competitive autocross race, arms twirling faster than you can think. And suspension bushings, tie rods and steering arms are not so flimsy as to break after being diddled with in a parking lot. There is wear there, but nothing unusual compared to everyday driving.

Of course, we were talking about playing with parked cars, right? With the engine off and no power going to the steering system, you can’t spin the steering wheel fast enough to cause any damage to the pump or electric motor. In fact, the main worry about steering while stationary is that tiny patch of rubber you’re wearing down while doing this. But the amount of rubber lost is very, very small, and won’t typically cause any problems.

Not unless you sit there for an hour or two doing this. But then, you’re not that childish, now, are you? 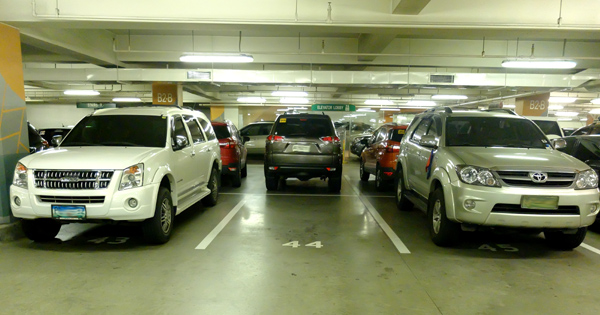 6 parking tips to protect your car from dings, damage
View other articles about:
Read the Story →
This article originally appeared on Topgear.com. Minor edits have been made by the TopGear.com.ph editors.
Share:
Retake this Poll
Quiz Results
Share:
Take this Quiz Again
TGP Rating:
/20