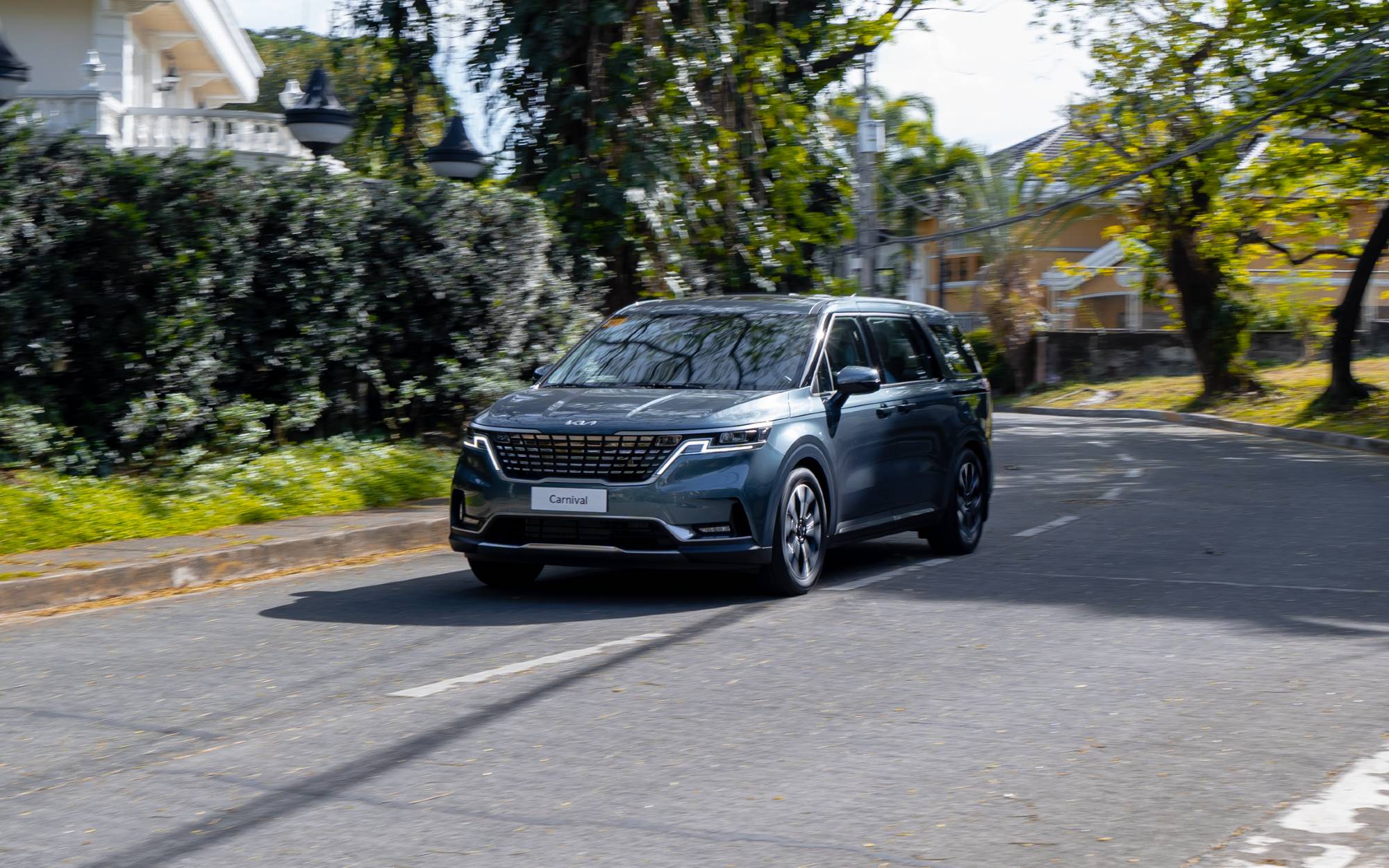 The freedom we enjoyed before a certain virus ravaged the globe feels so long ago now that we can view it with rose-tinted nostalgia. Two years ago, the world felt like a desert with endless oases just a drive or plane ride away. Once upon a time, #travelgoals was the benchmark every employee on vacation leave tried to live up to. Driving a few hours to hit the beach and drink the night away with friends was just a matter of budgeting and planning. We didn’t realize it then, but it was as good as life could ever get.

With the virus seemingly (hopefully) on the downard slope toward endemic status, the world is opening its many oases to us once again. The appetite for revenge travel is palpable, with many loading up their cars’ RFIDs and cargo bays en route to their first real adventure this decade. Enter the prime vehicle of choice.

Perhaps no type of four-wheeler is better-equipped for the family road trip than the humble minivan. What they might lack in the looks department, they make up for in utility and ease of use. It’s the humble millionaire who eschews branded clothing in favor of keeping their value hidden within.

Does the all-new Kia Carnival follow that mold? Well, let’s get some history out of the way first. What you need to know is that the minivan isn’t so new, at least not by global standards. This fourth-generation version was unveiled nearly two years ago—back when most of us were obsessing over the minute intricacies of making the perfect dalgona coffee.

Back to that whole “it’s what’s inside that matters” ethos. If you look at the first two iterations of the Carnival, the nameplate exemplified this motto to a tee. Those were the types of vans that aging car folks bought out of begrudging necessity. The kind they would use to try and billow through an apex or two after dropping the kids off at school to prove they were still cool. The third-generation model, being a Peter Schreyer product, was a mild improvement toward the sporty spectrum but still had elements of the old formula.

Now? It appears that the current designers said to hell with stereotypes and decided to make the Carnival look as hip as possible. This, despite the marketing speak proclaiming the minivan as being for people who are “affluent (successful bussinessmen, corporate executives, and professionals) and some that are in a later life stage.”

Up front, there’s a massive tiger-nose grille flanked by rectangular LED headlamps and similar design cues underneath. Strong lines, bulging haunches, and limo-style windows on a high beltline follow suit on the sides. In the back, the rear window stretches from end to end, while a slim LED strip rounds out the design.

Take a good gander at it. It looks less like a minivan in a school parking lot, and more like a ride a hip-hop artist would roll out of on his way to the club. It’s tough to even pit it as a rival to, say, the Honda Odyssey. No, this is something cut from the same cloth as the Cadillac Escalade. For me—a decidedly unaffluent individual regardless of noun, whose age-related crises are purely self-induced—the design is a breath of fresh air. While it does follow the hit-and-miss trend of making a car look sportier than it probably should, this Carnival is proof that family cars need not be boring. How its target market feels about it, however, is an entirely different matter.

Still, most of that is for nought compared to the beauty that lies inside. Another thing Kia mentions about this new Carnival is that it is “mainly chauffeur-driven but can be self-driven occasionally.” On this particular day, TGP overlord Dinzo Tabamo is tasked to play the part of my manong driver. He accepts, though I suspect he’s motivated by the idea of seeing his employee finally finish his assignment for the day.

This top-of-the-line SX variant gets what Kia calls ‘Premium Relaxation Seats’ which adjust 12 ways electronically and come with heating and cooling functions. This is the place to be inside this van, no question (sorry, Dinzo). The seat controls aren’t as intuitive as I’d like, but finding a relaxing reclined position doesn’t take much work. Once you’re comfy, the leather simply engulfs you in its climate-controled embrace. They’re not quite Alphard-level chairs, mind, but the differences are hardly noticeable.

The seats even move sideways, which illustrates just how spacious the interior is. That includes the rear hatch, which opens up to reveal a hidden bunker underneath. It’s got enough space for your bags and coolers of beer. It can even fit an entire associate editor, which we may or may not have photographed, as a minor experiment. You’ll also find numerous storage nooks and enough USB chargers to ensure you’ll never have to ask anyone up front to plug your cable in. 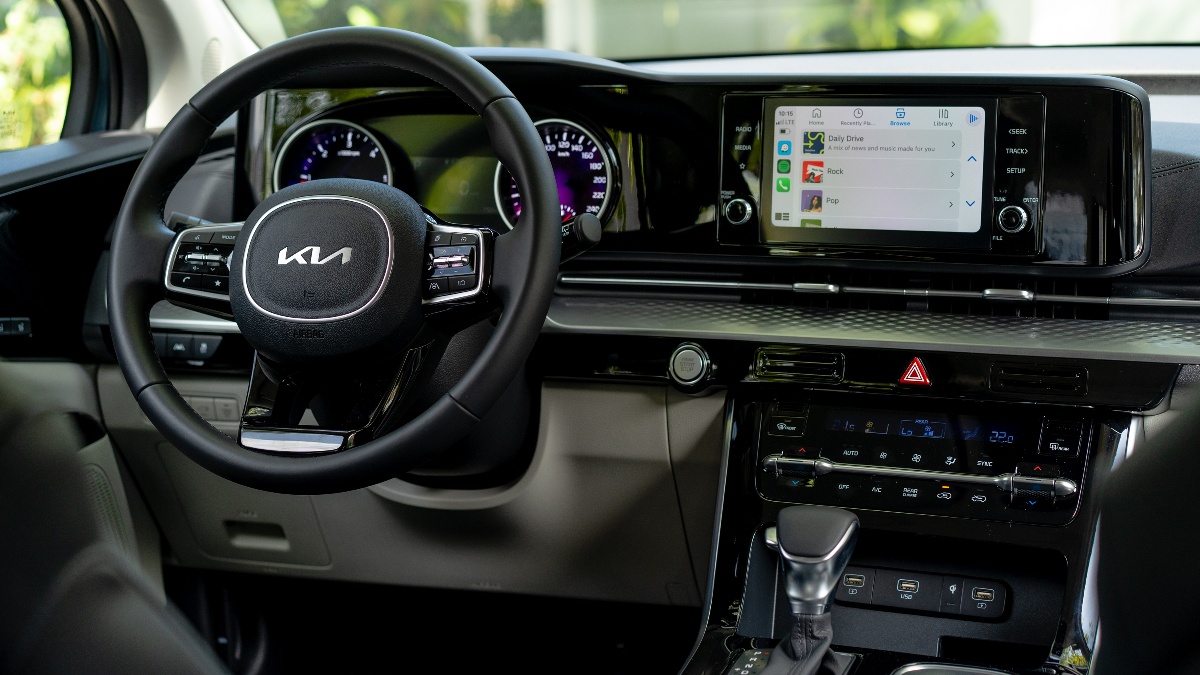 I would enjoy the seats longer, but it seems the Editor-in-Chief has grown weary of his chauffeur duties. I hop out of the sliding doors (power-sliding ones, naturally) and hop in front. There, I’m greeted by a tech-laden dashboard with all sorts of electric controls that operate things like the wireless Apple CarPlay and Android Auto, wireless mobile phone charger, auto-hold function, and the eight-inch touchscreen infotainment display. The layout all looks very modern and concept-esque, and while I’ll always prefer a more responsive physical button, these futuristic interiors look and feel very bright indeed.

Powering the all-new Carnival is a 2.2-liter turbodiesel with 199hp and 440Nm of torque, which is paired to an eight-speed automatic gearbox. The powerplant does an adequate job ferrying the minivan to and fro. With four people onboard and some production gear in tow, you don’t feel the extra load as you put your foot down. Still, a minivan of this size and capacity could use something bigger than a sub-midsize SUV diesel mill. The trade-off of fuel economy is a strong argument, but I can’t help but wonder how the gasoline V6 sold in other markets fares.

As I navigate the miniboat through forgiving subdivision streets, I ponder about where I would take the Carnival if given the chance. Baguio? Bicol? Batangas? Hell, after two years cooped up at home, I dare say I’d be willing to to follow Ely Buendia’s lyrics all the way and continue on to Visayas and Mindanao.

And as the world slowly continues to open up once more, so too will people’s hunger for land travel. Perhaps now more than ever, vehicles like the Carnival will make all the sense in the world—despite its hefty P2.54-million starting price—as we remember to never take our freedom for granted ever again. 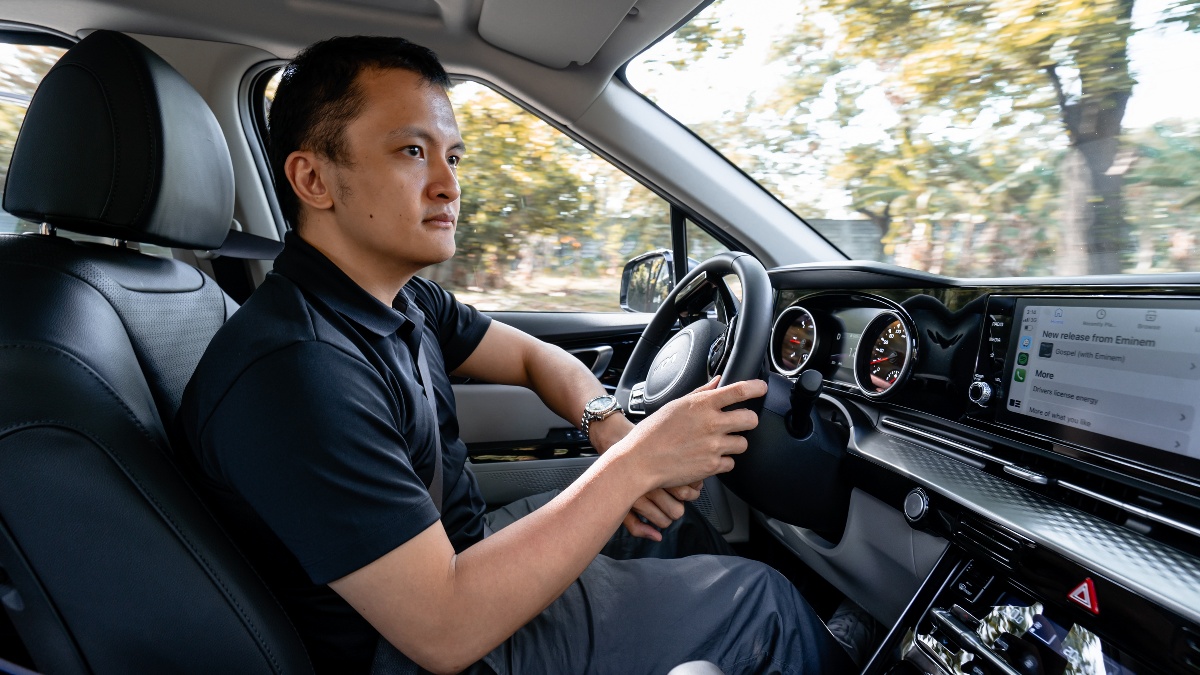 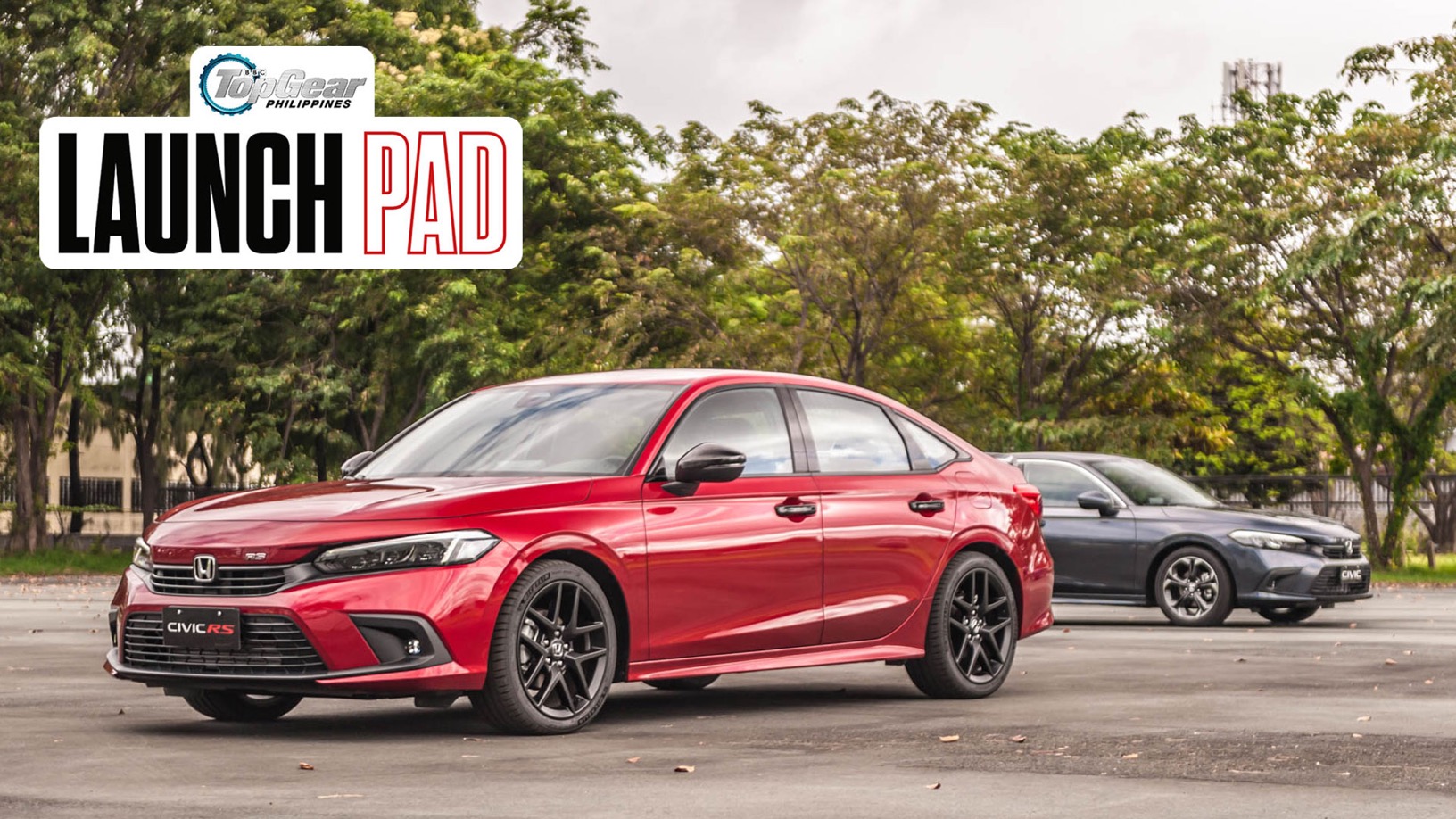 The all-new Honda Civic proves that the present is no time to die
View other articles about:
Read the Story →
This article originally appeared on Topgear.com. Minor edits have been made by the TopGear.com.ph editors.
Share:
Retake this Poll
Quiz Results
Share:
Take this Quiz Again
TGP Rating:
/20