Thousands of applicants filled the two tents at the venue to the brim
by Aris Ilagan | May 6, 2019

Clad in their official uniforms and helmets, thousands of Angkas riders trooped to the Vertis North complex in Quezon City for this major reason: to remind the government to speed up the legalization of motorcycle taxis.

Some of ride-hailing motorcycle company’s 25,000+ riders continue to operate under the Angkas Padala courier service. So, whatever happened to the proposal of Representative Winston Castelo, chairman of House Committee on Metro Manila Development, to do a ‘pilot run’ that will allow the riders to earn while everyone’s waiting for the passage of a law that will legalize motorcycles-for-hire? Don’t look here.

At the event, dubbed the ‘Angkas Safety Fiesta,’ the riders were treated to powerhouse performances by showbiz personalities and musicians like Andrew E, Matteo Guidicelli, Dante Gulapa, Mayonnaise, and Trix Maceres. They were also entitled to free services like medical checkup, haircut, massage, and seminars on emergency response and even preventive maintenance for motorbikes. 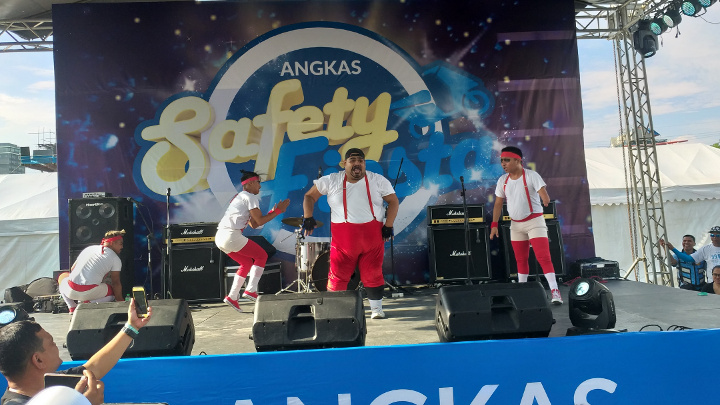 But there were other things that the riders at the event were interested in other than freebies and campaign speeches: They want a job that will bring food to the table. 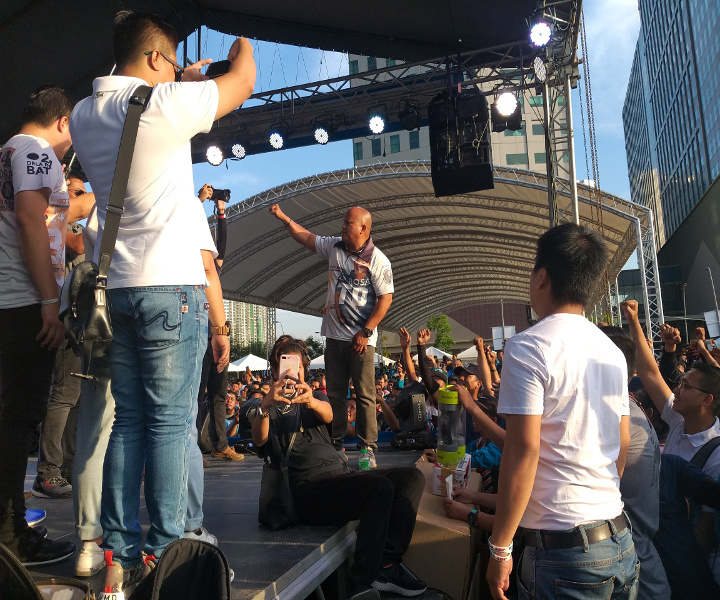 Many of those present came for the free motorcycle-safety seminars to help them get Angkas accreditation. The fact that they braved the excruciating afternoon heat showed that they were determined to look for a decent, stable job to support their families.

There were two big tents at the venue—one occupied mainly by certified Angkas riders, and the other accommodating those applying for membership. Both were filled to the brim.

The applicants were given a seminar on riding safety, as well as the dos and don’ts when when ferrying female passengers. Angkas also prepared a makeshift obstacle course to test the applicants’ riding abilities. 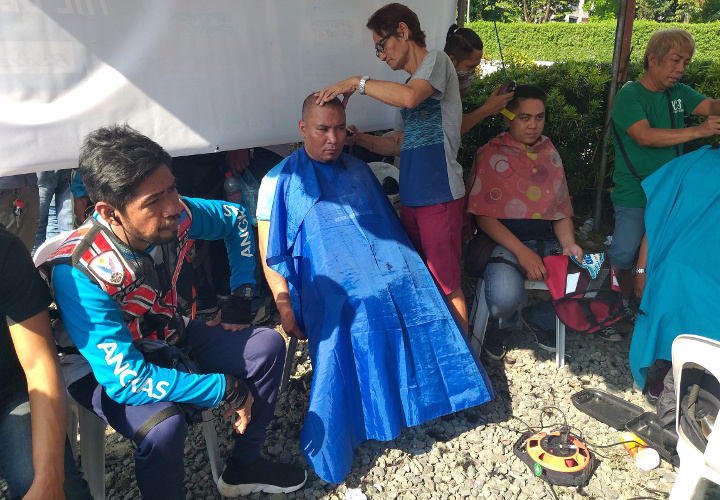 One by one, the applicants made their way around pylons that led to rubber humps, then to a narrow plank. The challenge did not end here. Each rider had to take his passenger safely through the ‘figure 8s’ and, finally, through the slalom. The applicants were not allowed to use their own motorcycles—they had to complete the course using the units provided at the event. Here we witnessed that the ‘mortality rate’ was quite high.

So, what draws these people to the Angkas bandwagon? Just imagine earning at least P800 a day as part-time rider, and P1,500 for a full-time daily stint. 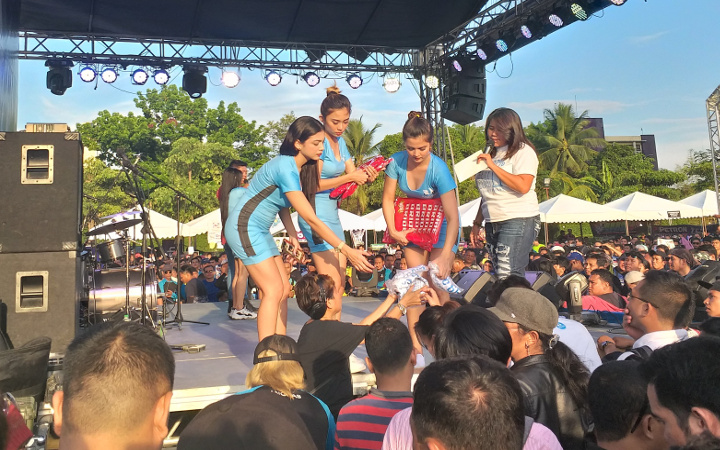 According to George Royeca, head of public and legal affairs at Angkas, the company wants to maintain a 99.99% accident-free record among its accredited members, as well as  perpetuate the high safety consciousness among its ranks.

And, judging by the campaign promises of the political candidates that showed up at the event, Angkas can already glimpse the light at the end of the tunnel for the motorcycle-for-hire bill once Congress resumes session this year.

Are you ready for the big ride? 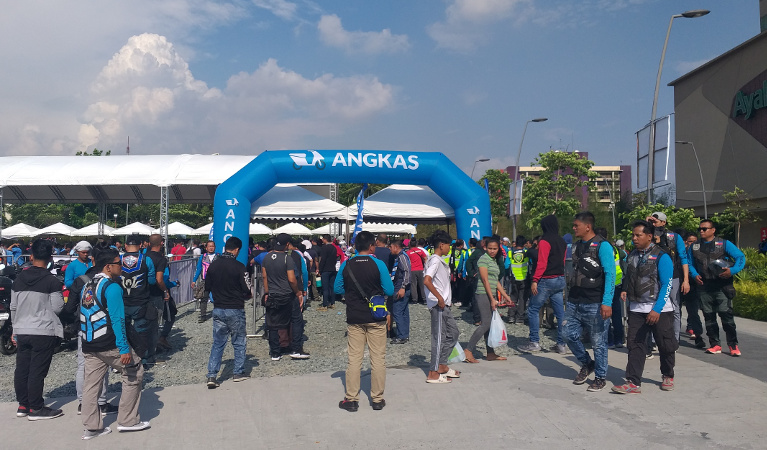 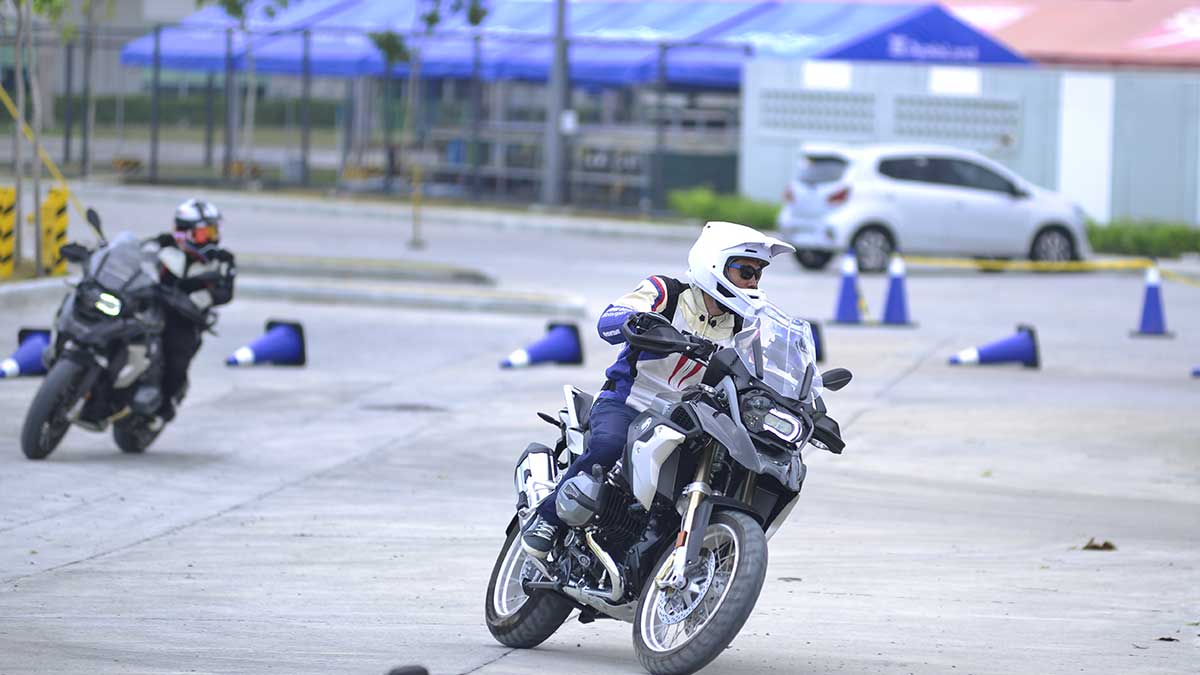 BMW Motorrad riding-instructor training is now available in PH
View other articles about:
Read the Story →
This article originally appeared on Topgear.com. Minor edits have been made by the TopGear.com.ph editors.
Share:
Retake this Poll
Quiz Results
Share:
Take this Quiz Again
TGP Rating:
/20