Congressman Winston Castelo (Second District, Quezon City) is bowing out from the House of Representative with unfinished business: the legalization of ride-hailing motorcycle company Angkas.

Now on his last days as a third termer at the Lower House, Castelo made his final oversight function for the House committee on Metro Manila development by conducting an ocular inspection of the Angkas main training facility in Taguig City. His move was part of the preparations for the staging of the six-month pilot run that the Department of Transportation (DOTr) had accorded to the controversial app-based motorcycle service. The pilot run will take place in Metro Manila and Metro Cebu over a period of six months.

By the way, Castelo will be starting his new job as councilor of the Second District of Quezon City in July 2019. But his strong advocacy in promoting motorcycle taxis does not end here. 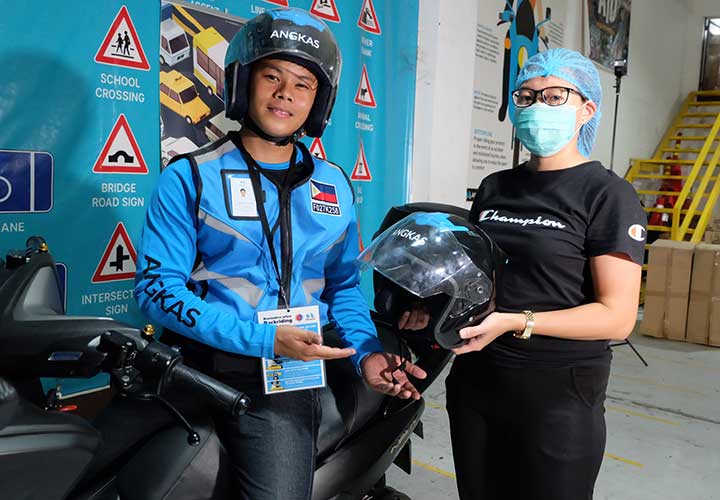 The Angkas pilot run, designed as a feedback mechanism for the company’s service performance in delivering safety, convenience, and efficiency to its passengers, will be the basis of Congress and other government agencies in acting on a proposed bill that seeks to legalize motorcycle taxis in the country.

At the training facility, Castelo experienced the step-by-step passenger safety briefing conducted by the Angkas rider. Posing as an ordinary passenger, he was offered a head cap and a face mask, both of which are given for free to every Angkas patron. The rider then showed him a leaflet with safety reminders. 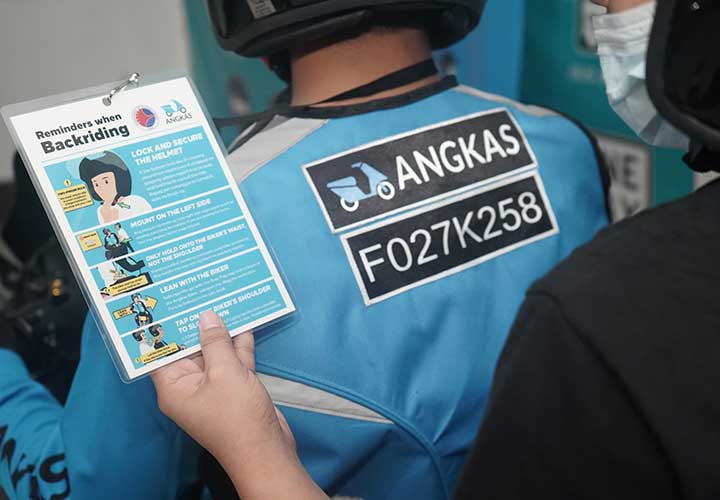 What impressed Castelo most was the reflectorized vest with handle straps for the passengers to hold on to. It eliminates questions and arguments as to where the passenger should hold on to while the motorcycle taxi is moving. Elsewhere in Southeast Asia, motorcycle-taxi operators require riders to wear belts that have safety handles on the sides.

According to Angkas public affairs and regulatory head George Royeca, the reflectorized vest has a special transparent pocket on the chest area for the rider’s identification card. The official number of the rider is also printed legibly on the front and back portions of the vest.

And who pays for the vest? Royeca said it’s a 50-50 cost sharing between Angkas and the rider. 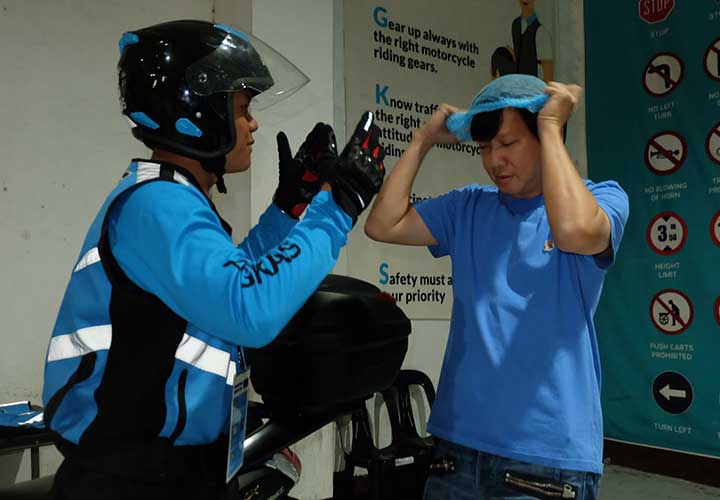 So, what can the Angkas riders further expect from Castelo now that he’s a city councilor of Quezon City? 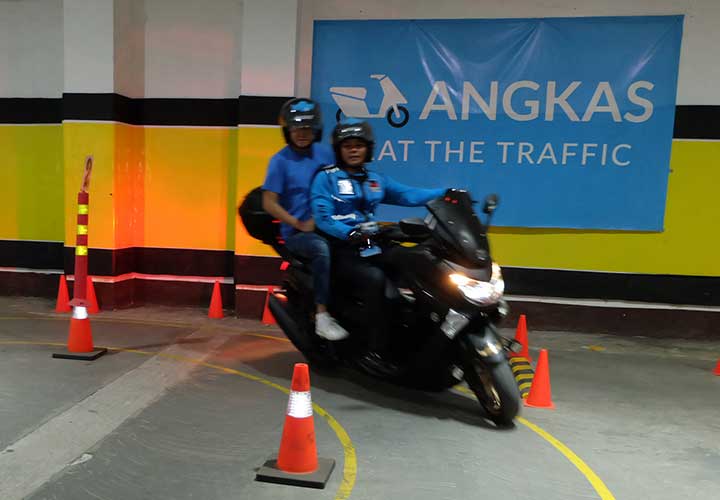 He insists that the city ordinance will not be conflicting or contradictory to the proposed motorcycle taxi bill.

At least, in case Congress is still not convinced of Angkas’ track record after the pilot run, there would still be a ray of hope for the thousands of motorcycle-taxi riders who would probably have their own little kingdom where they can operate under the local laws and regulations of the Quezon City government. 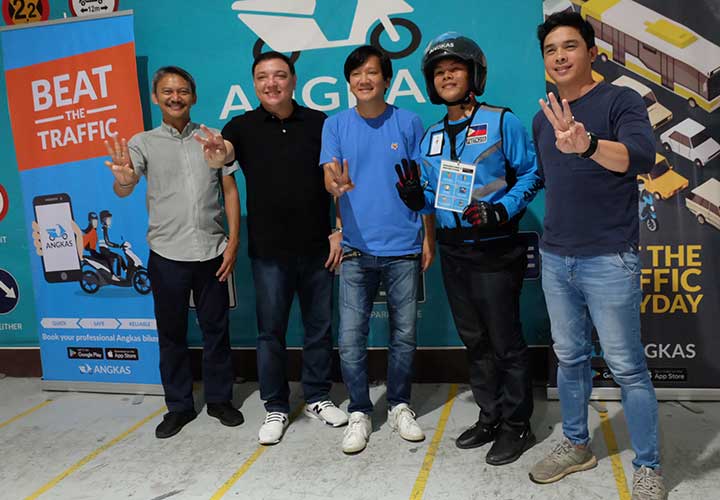 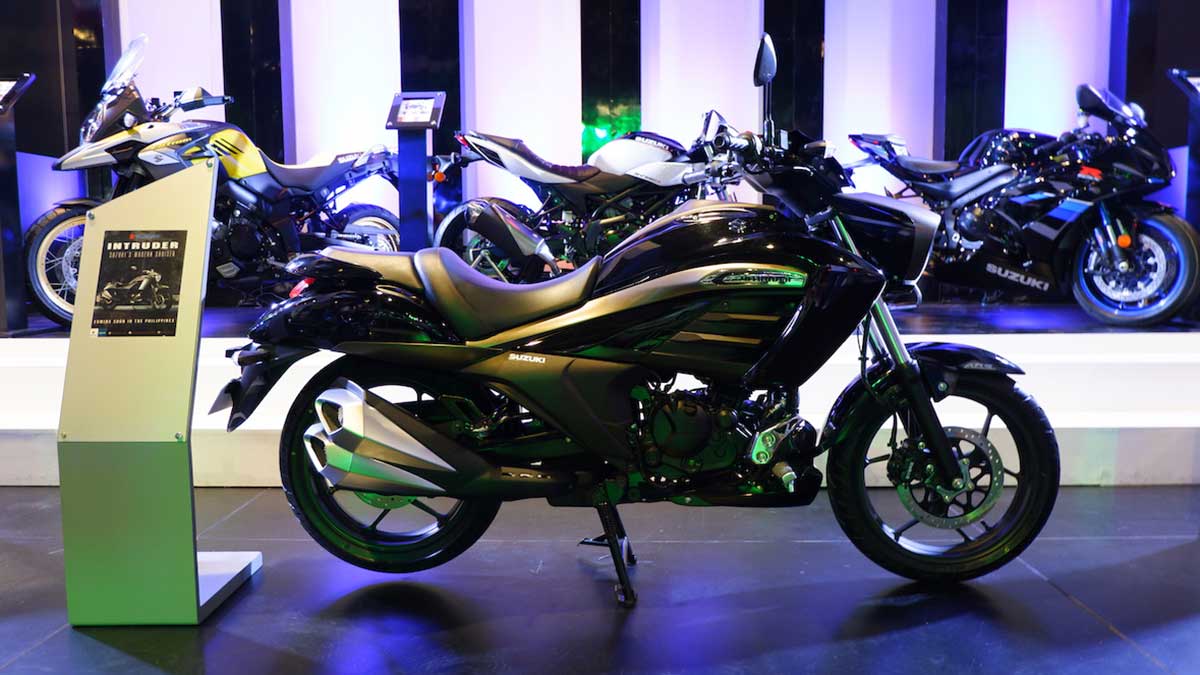 Meet Suzuki’s new Intruder: A ‘cruiser’ with a 150cc engine
View other articles about:
Recommended Videos
Read the Story →
This article originally appeared on Topgear.com. Minor edits have been made by the TopGear.com.ph editors.
Share:
Retake this Poll
Quiz Results
Share:
Take this Quiz Again
TGP Rating:
/20