Hopefully, one of them wins
by Tracy Carpena | Oct 29, 2012
CAR MODELS IN THIS ARTICLE 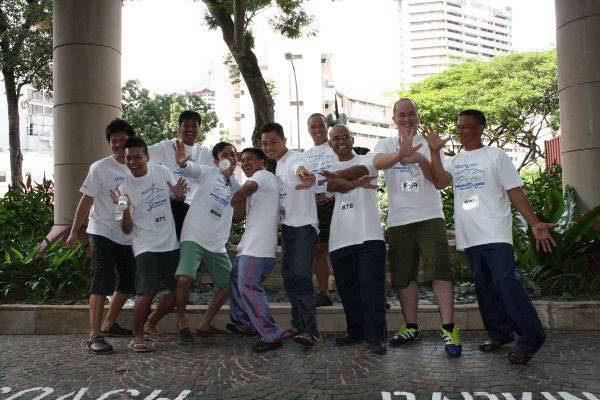 Ten men emerged as the country's finalists from the staging of the Manila leg of the Subaru Impreza Challenge last month. Most of them are veterans, while some are rookies. It's no wonder that the Philippine contingent was like a bunch of friends who would see each other yearly at Ngee Ann City's Civic Plaza, where the MediaCorp Subaru Challenge: The Asian Face-off is held annually.

At 1pm on Saturday, these 10 Filipinos joined 310 other contestants from Singapore, Malaysia, Indonesia, Hong Kong, Thailand, Taiwan, Vietnam, Cambodia and China for the challenge's final round, where the last contestant with his or her right hand firmly placed on a Subaru Impreza gets to bring home a brand-new Subaru vehicle.

Before the Filipino finalists assembled for the endurance challenge's kick-off, Top Gear Philippines had the chance to have a quick chat with the men representing our country. Get to know the members of the all-male Filipino team, how they prepared for this challenge, and why some of them keep coming back to Singapore to endure the harsh weather conditions, hunger and thirst for days. 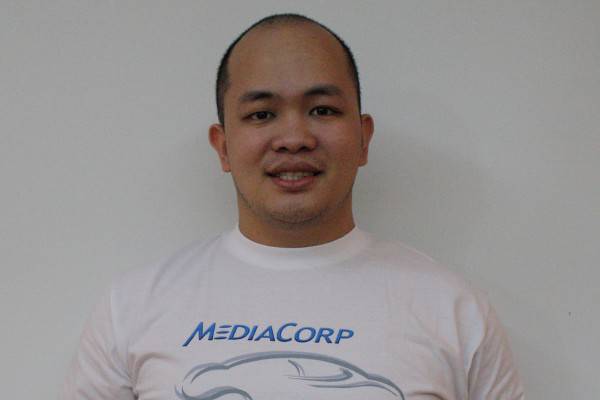 An account manager and blogger, Jaja is not entirely a rookie at this challenge. He has joined the Subaru Impreza Challenge in the Philippines three times. On his fourth attempt this year, he made it to the finals for the first time. When asked what he would do with the grand prize if he outlasts all the contestants, he said he would take family and friends for a joy ride. 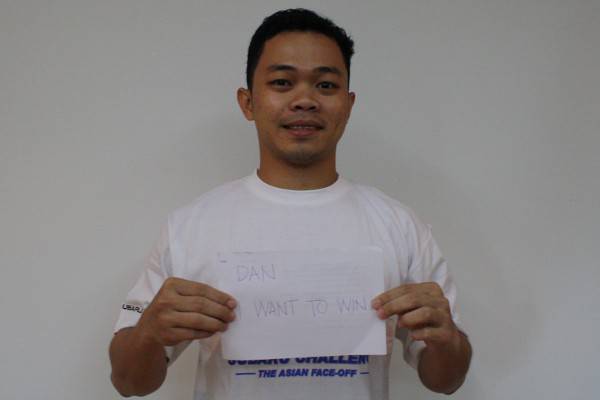 This 26-year-old student is a veteran of the endurance challenge. He is also Jaja Biadog's brother. Since 2009, Dan has joined the eliminations in the Philippines and represented the country in the finals. He has been running and going to the gym to prepare for his fourth comeback. This year, he's back with the same goal in mind: to win the car. 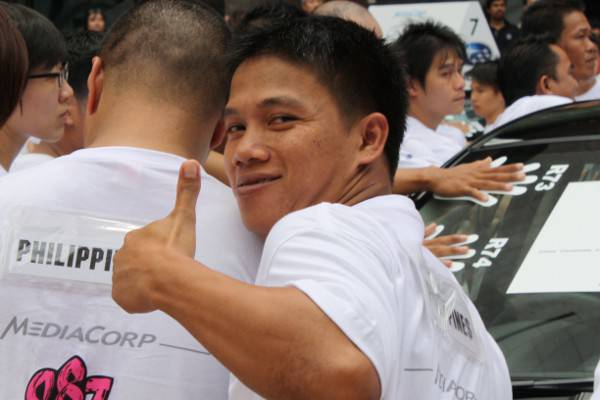 An administrative assistant by profession, 29-year-old Jake is representing the Philippines at the Subaru Challenge for the second time. He says he regularly exercised to train for this endurance contest. If he wins the grand prize, he would sell the car. Apparently, Jake is after the mental and physical challenges of the game, testing himself if he could hold on to the car for as long as possible under tough weather conditions. 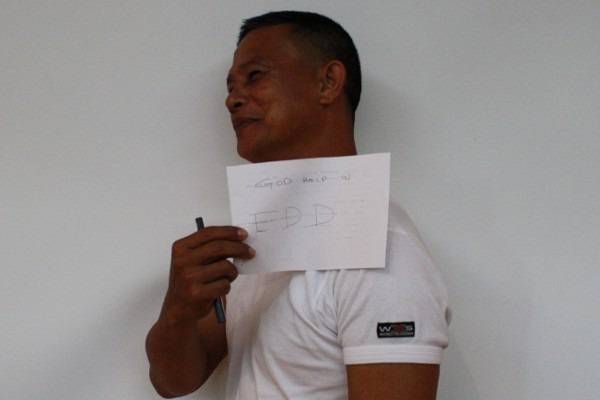 Another veteran of the Philippine contingent, Ed has joined the eliminations four times and has made it to the finals twice. Like Jake, Ed--a car painter by profession--is after the physical and mental challenges. He'd like to know how long he could last in the challenge and how far he could place in the competition. Ed jogged, tried sleeping less and smoked less cigarettes to prepare for his second attempt at winning a brand-new Subaru. 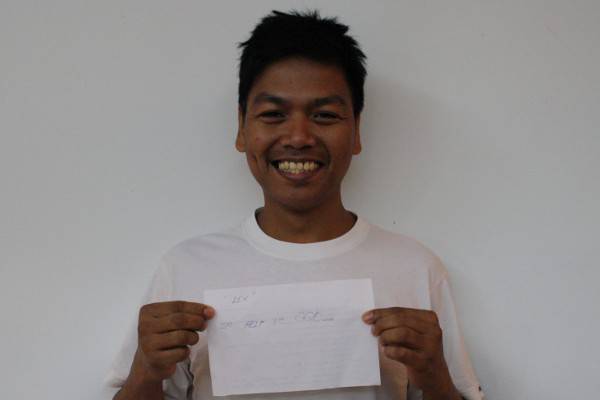 A four-time Subaru Challenge finalist, Lex bagged the Asian Winner and Country Winner awards at last year's Singapore finals for holding on to the car for 69 hours and being the last Filipino contestant standing. The 30-year-old mechanic from Bulacan jogged and got into a diet to prepare for the challenge. 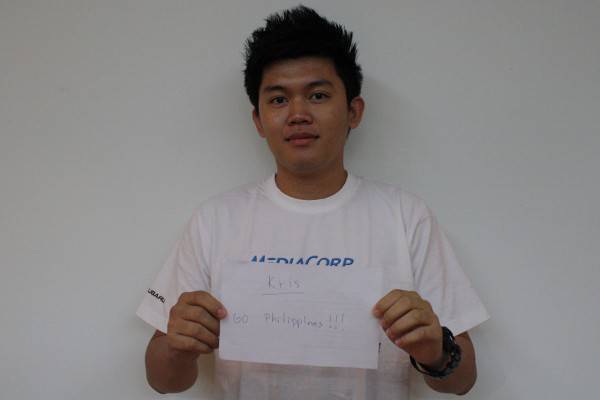 The 24-year-old nurse completes the lineup of veterans among the Pinoy finalists. Kris has joined the Subaru Impreza Challenge eliminations thrice. This year, he's back in Singapore for the second time to get a chance to win a brand-new car, which he plans to sell if he wins the contest. Like the other Filipino finalists, Kris has been joining the annual event not only for the grand prize, but also to satisfy his craving for a tough physical and mental challenge. 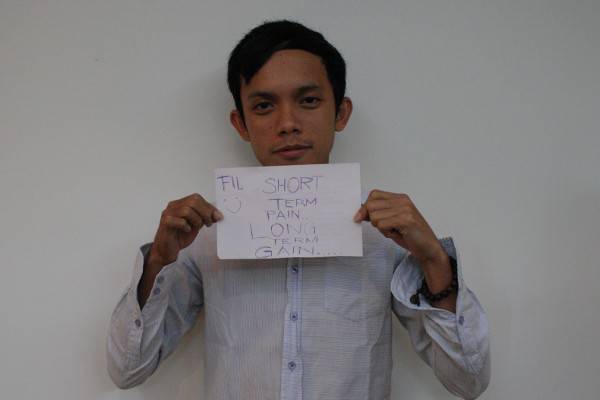 A technical support employee by profession, 28-year-old Fil joined the elimination this year when he heard about the challenge. A first-time finalist, he prepared by working out and brought tons of determination with him to Singapore with the goal to win a car. His mantra? Short-term pain, long-term gain. 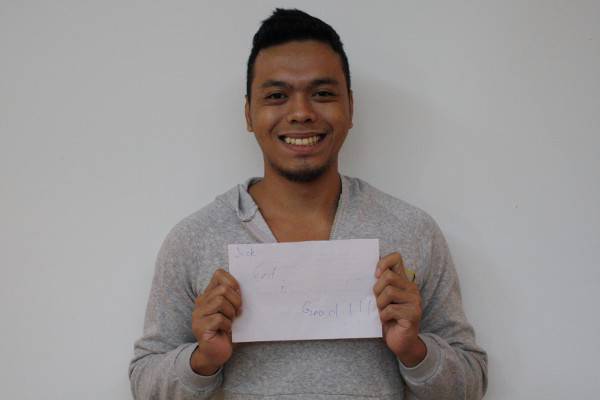 The 22-year-old dancer is one of the country's rookie representatives. Jeck learned about the Subaru Challenge from his sister. For his maiden Subaru Challenge, he dares himself to stay in the finals for as long as he could. 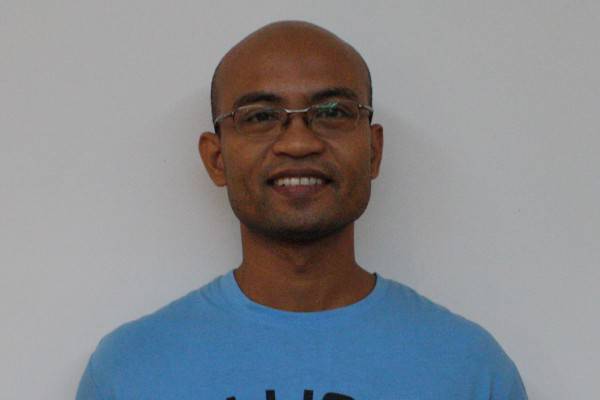 This 35-year-old account executive joined the eliminations for the first time this year with a purpose. He jogged and exercised regularly to prepare for the Asian Face-off in Singapore with hopes of bagging the grand prize. He is not looking forward to driving the all-new Impreza, though. He plans to sell the brand-new unit to help finance a friend's surgery for a congenital heart condition. Bravo! 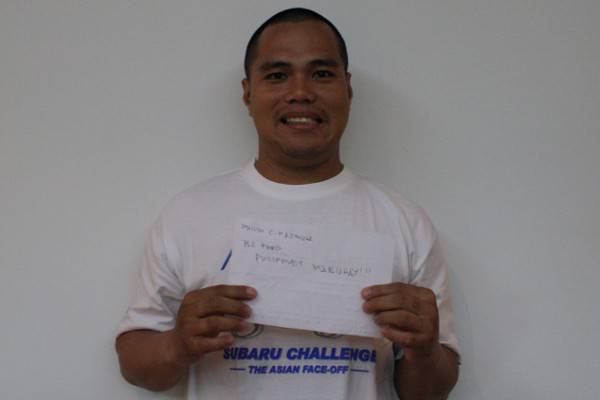 A first-time challenger and finalist, 33-year-old Pepe is pleased to be part of the Philippine contingent and to try and make his country proud. Pepe, a security guard, has no intentions of keeping the grand prize if he wins it. He plans to sell the brand-new car to shoulder his many family expenses, one of which is treatment for his son's primary complex.