This electric supercar from Apex looks fit for a superhero

While Apex, manufacturers of this AP-0, trumpet its speed, performance, and lightness, there is high mention of lidar tech. Therefore, obliged by the Law of Austin Powers, we must instead trumpet that this car has frickin’ laser beams.

Yep. Lasers. On an electric supercar. And not just lasers—holographic augmented reality, for a video-game experience. Somehow, if we reach back along the space timeline, our 12-year old selves are quite happy. 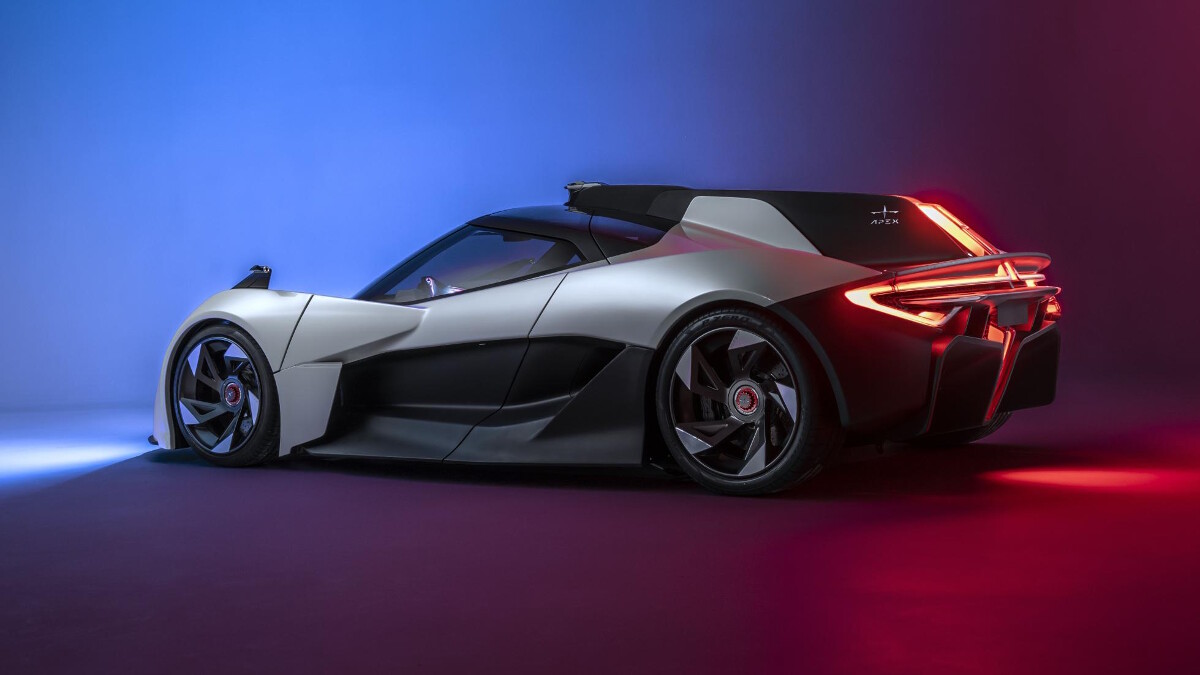 So, long story short: The Apex AP-0 is a fully-electric supercar designed by the same man who brought you the mad Elemental RP1. It features a full carbon-fiber composite chassis and body, with Formula 1-style pushrod suspension at each corner. Yep, it’s a serious driver car, this.

Delivering reasonably serious power is a 90kWh battery pack that provides juice to a motor running the rear wheels to the tune of 650hp. Like we said, reasonably serious. Those batteries are mounted low in the car—at the front and back—and all in, the thing weighs just 1,200kg.

Apex reckons on a 0-100kph time of just 2.3sec, and flat-out, you’ll be traveling at 306kph. Stopping it efficiently, then, is also a primary concern. Apex has deployed monster brakes hiding behind 19- and 20-inch wheels front and back, respectively. 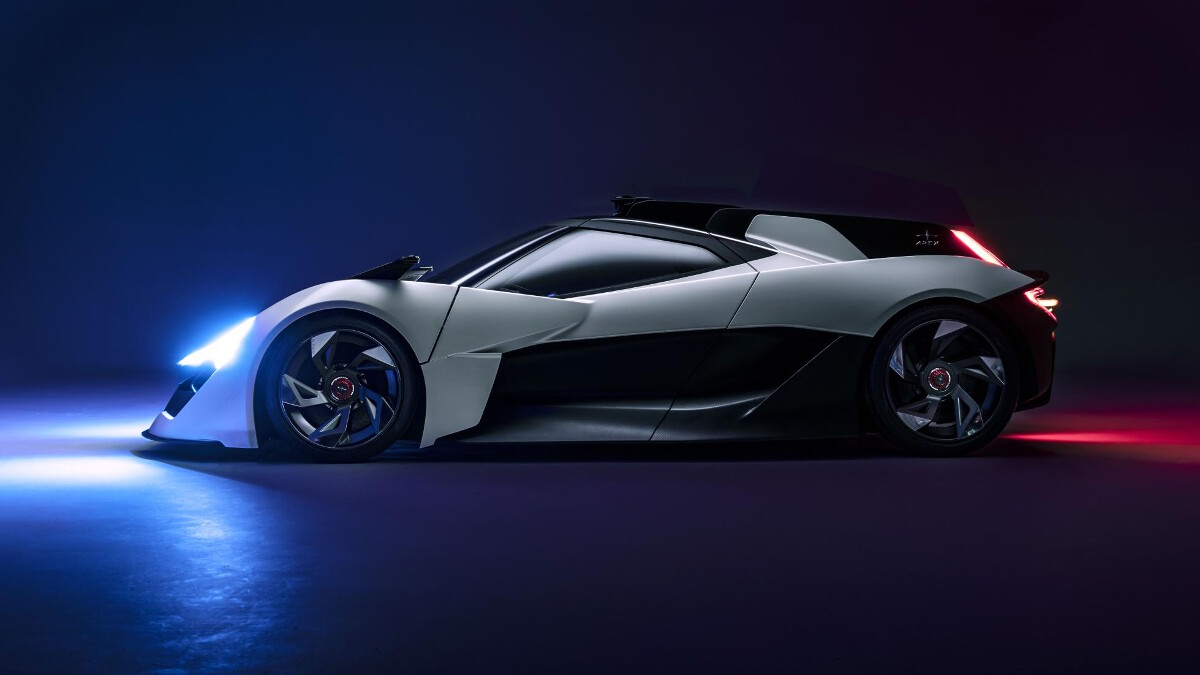 If you’re trying to place its size, reckon on the same length as something like a Ford Focus. Only wider. And much lower. Smallish footprint then. Should be pointy.

And yet, Apex also thinks that speed and performance isn’t everything. It claims 515km is available on a single charge, and if you have a CCS charger, the battery can get back up to 80% power in less than 15 minutes. 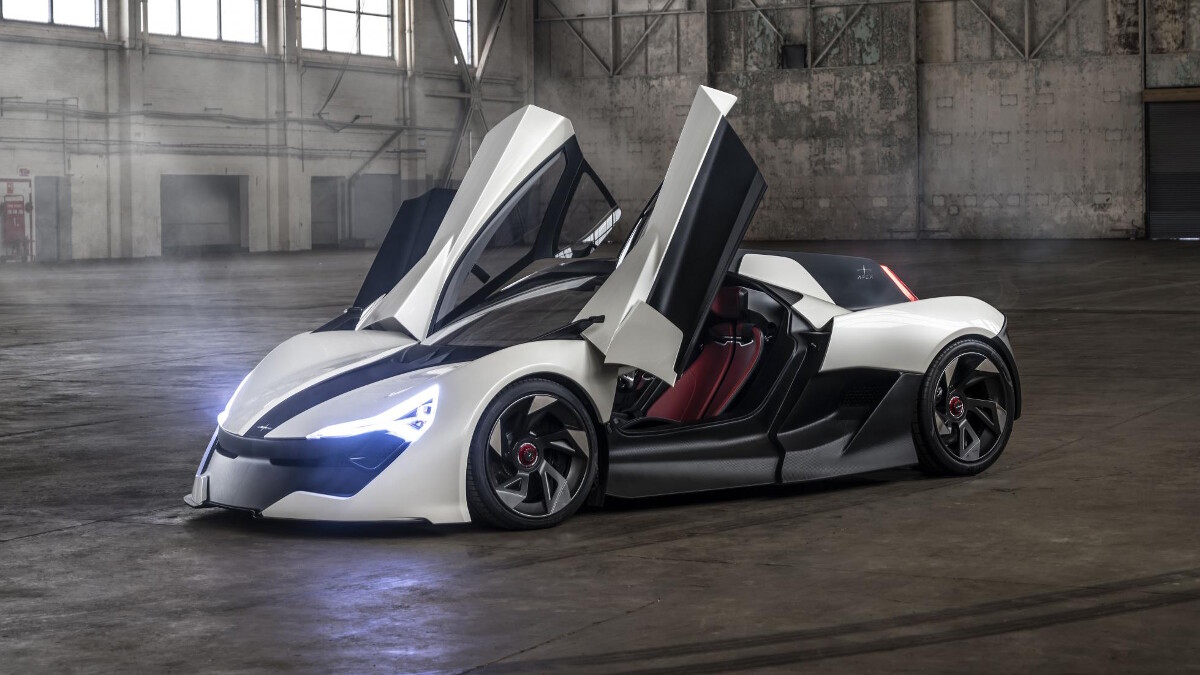 The design? You will have your own take on it, but it’s certainly distinctive. The worlds of F1 and Le Mans have been tapped—witness that giant Mohican masquerading as a fin—the snow plow attached up front, the massive diffuser tunnels at the rear. There’s a lot going on here, and we haven’t even mentioned the scissor doors yet.

Get past those and you’ll get a chance to put your feet up. Literally. Because it’s a race car, it’s got a race car driving position, with bucket seats, a carbon-fiber and aluminum steering wheel, perforated leather dials, and other materials for “an enhanced sensory experience.”

The cost for this zero-local-emission, track-honed supercar: £180,000 (around P11.3 million). Which of course buys you a lot of metal in the combustion-engined sphere. But, we say again for effect, frickin’ lasers. 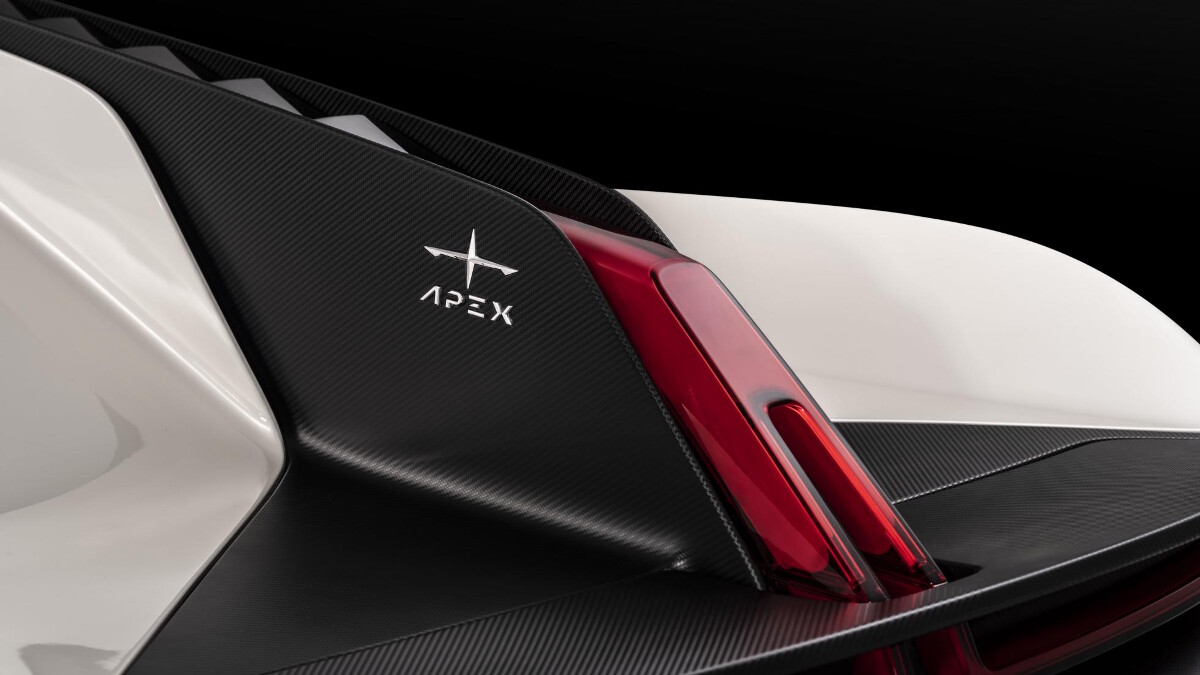 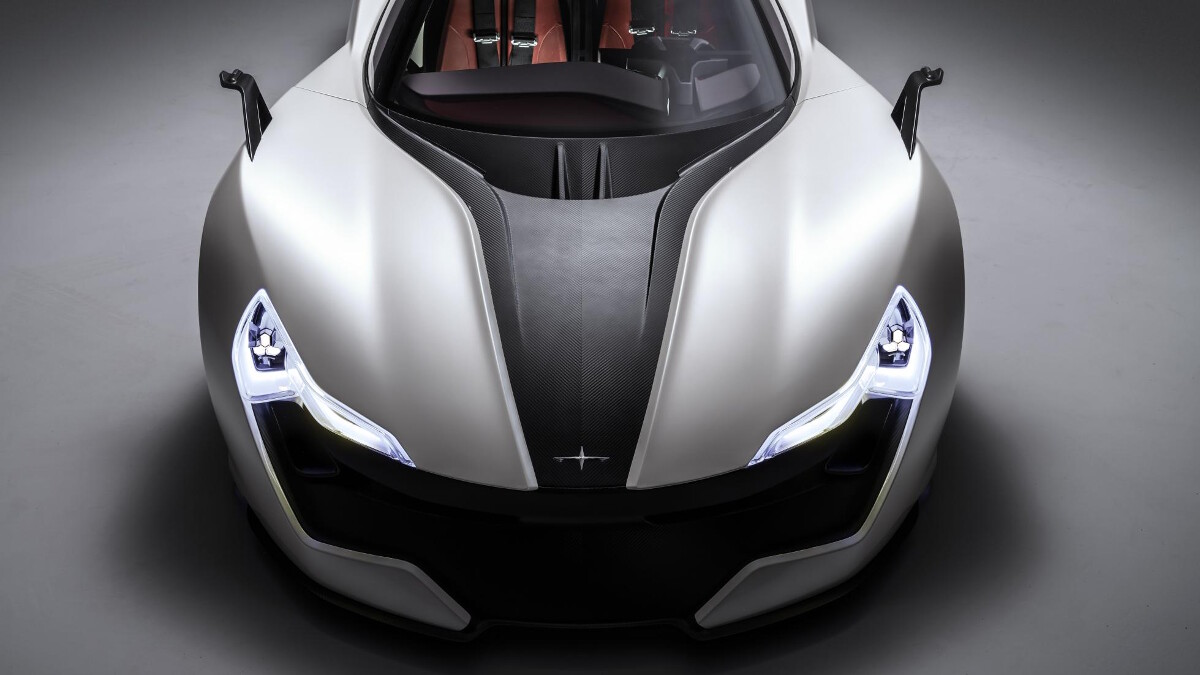 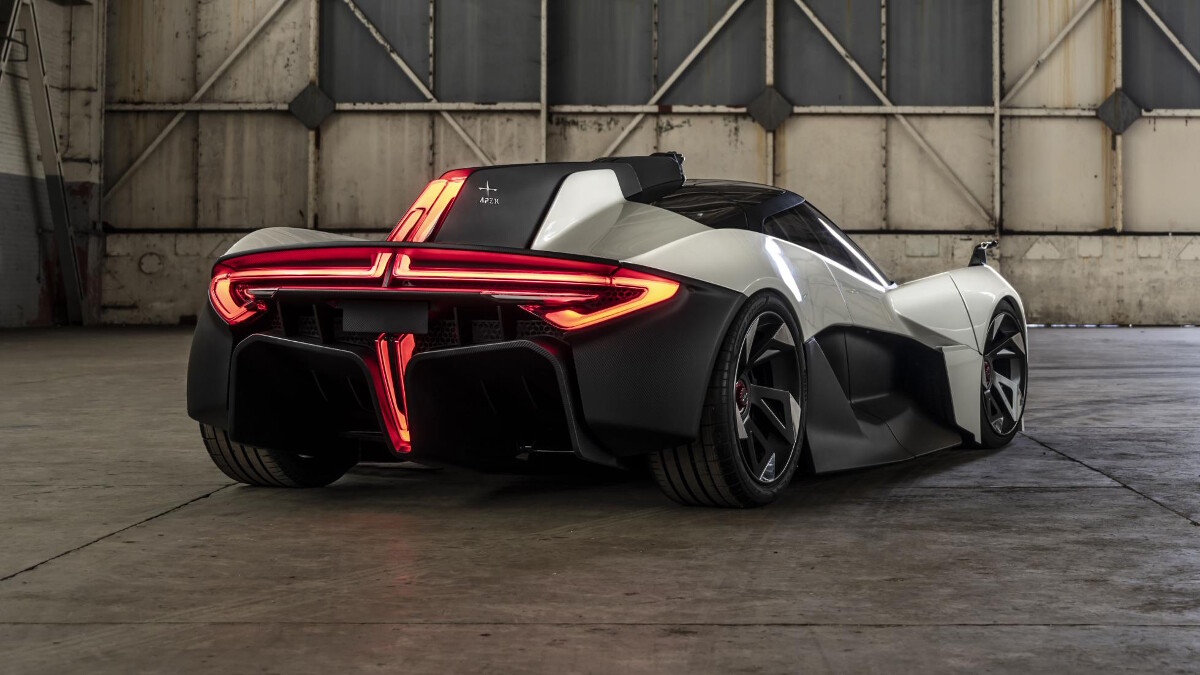 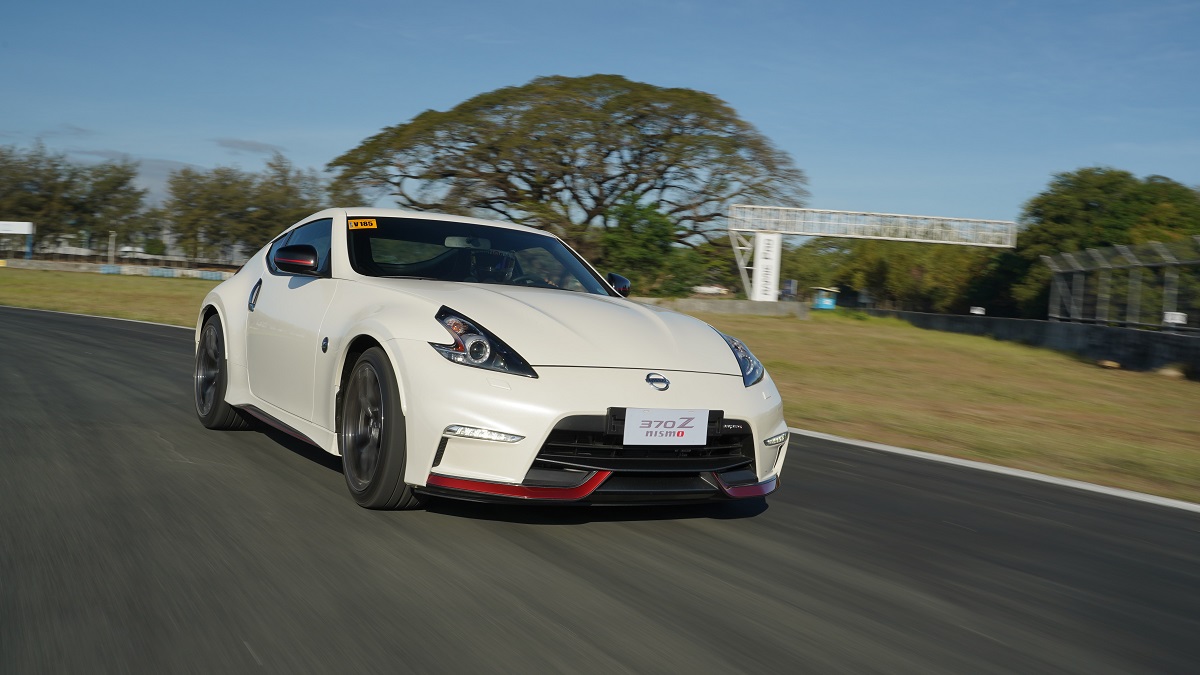