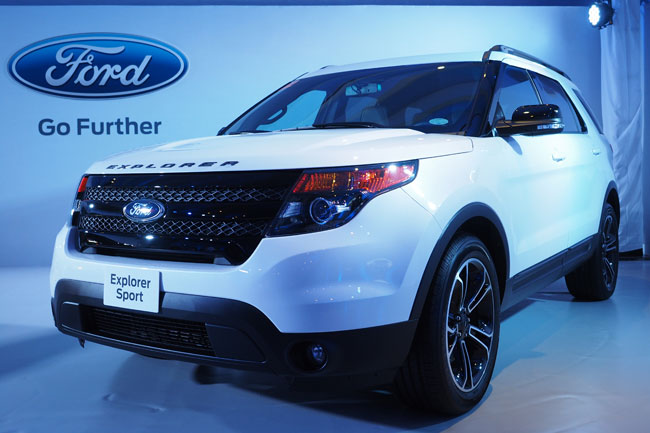 When Ford Philippines introduced the all-new Escape and a variant of the Explorer this week, we thought the big story of the night would be the American carmaker’s compact SUV. We had certainly waited long enough for it. But we did a double take when the new Explorer Sport's power figures were flashed on the event screen.

The award-winning EcoBoost technology now makes it to Ford’s popular SUV in V6 form, and with twin turbos, the 3.5-liter mill generates 365hp and 475Nm. That is a monumental amount of power. The outgoing 3.5-liter Explorer Limited with no turbocharging had 75 less hp, and 129 less Nm. Its nearest competitor, the Dodge Durango, actually has a bigger engine (3.6-liter V6), but makes only 290hp and 352Nm, not to mention costing a lot more.

Pardon us for gushing about the numbers--it's a car-guy thing. To complement all the added power, Ford fitted its new Explorer with sport-tuned springs and suspension. Power-adjustable pedals and speed controls make it easier to drive.

On the outside, the Explorer Sport is distinguished by macho 20-inch aluminum wheels and a blacked-out three-layer grille.

To help justify buying this SUV to the wife, point out that the Explorer Sport’s cabin is as comfortable as ever. There are PowerFold third-row seats, dual LCD screens with DVD playback mounted in the front headrests, 12-speaker Sony audio system, and the Ford SYNC control system.

SYNC replaces several traditional buttons in a vehicle, and controls the Explorer Sport’s multimedia and climate settings through simple clicks, voice command or touchscreen taps. But since it’s powered by Microsoft, it’s best to adjust your expectations of its real-world usability.

The Ford Explorer Sport with EcoBoost will be available at Ford dealers nationwide next month, and will sell for P2,799,000. The colors to choose from are Tuxedo Black, White Platinum and Magnetic Metallic. We have to say the white looks rather stunning.

We hope Christmas comes early. We hope we get to drive this powerful SUV soon. 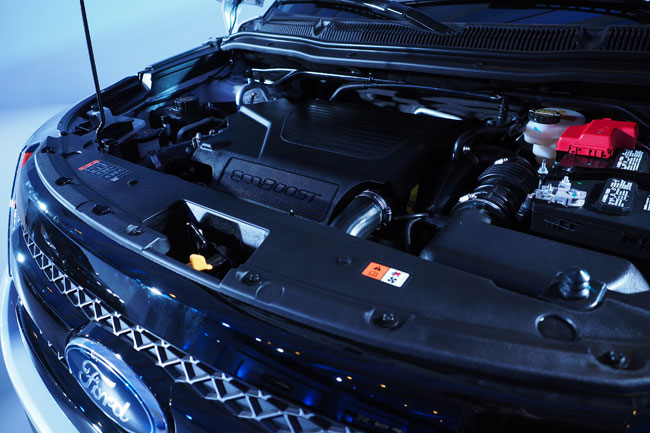 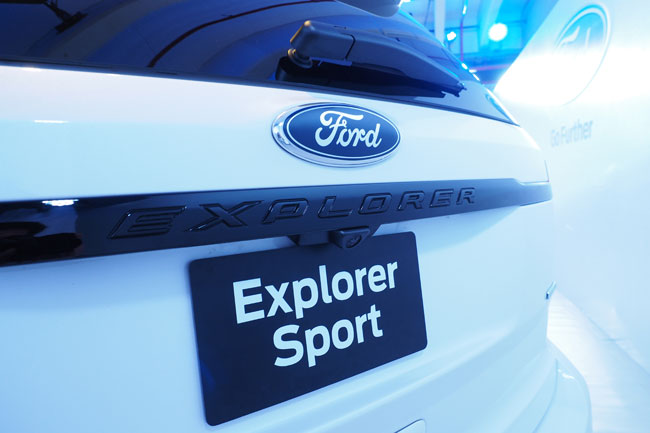 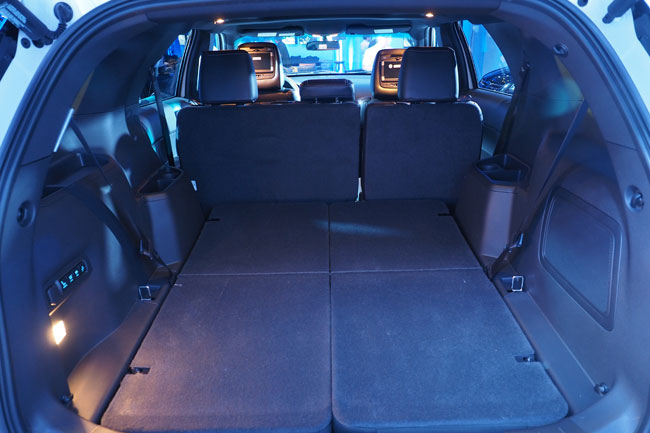