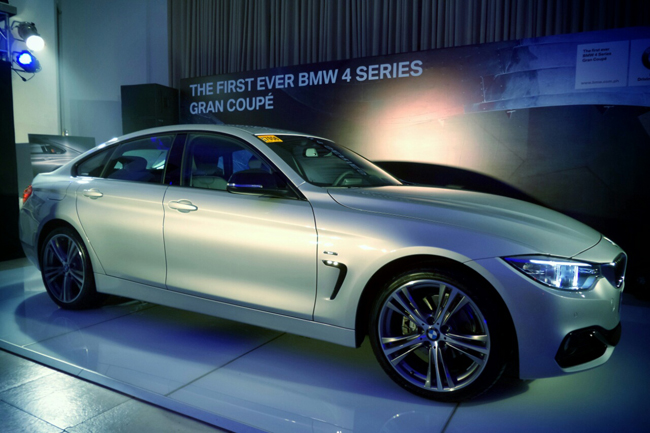 At the rate the German carmaker is going with its new product offerings, we admit we here at Top Gear find it a challenge to keep mental track of all BMW's latest models. It used to be simple numbers: 1, 3, 5, 7. Then came the Xs. And then the Gran Turismo and Gran Coupe variants started arriving. But we also believe choices always benefit the consumers. So pay attention, this new Bimmer is worth taking notice of.

The 6- and 4-Series GC belong to a segment called four-door coupes. It's a growing category that also counts the Mercedes-Benz CLS-Class and the Audi A7 in its ranks.

In front, the 4-Series GC looks like a typical 420d, with its double-kidney grille and dual-round headlights. The Gran Coupe aspect manifests itself in the extended roofline and the frameless doors. In a display of efficient packaging, the 4-Series GC is the same length and width as the traditional two-door version--4,638mm and 1,825mm, respectively. Rear space isn't bad: One of our healthier colleagues sat in the back with no problem during the event.

The car on display was a 420d Gran Coupe in Sport line trim. This means a more athletic character for the sports coupe, thanks to equipment like 19-inch Star Spoke wheels, leather sports seats with red stitching, and high-quality red plastic trim in the cabin. Those who opt for the Luxury line will be treated to more chrome elements on the body and fine burled walnut interior trim with leather upholstery.

One advantage of having an extended roofline is that luggage space is increased. The 4-Series GC's boot capacity is now 1,300L, making it the best in its (small) class. So as not to trouble those unloading their golf clubs and luggage, the boot lid has a power opening/closing mechanism. 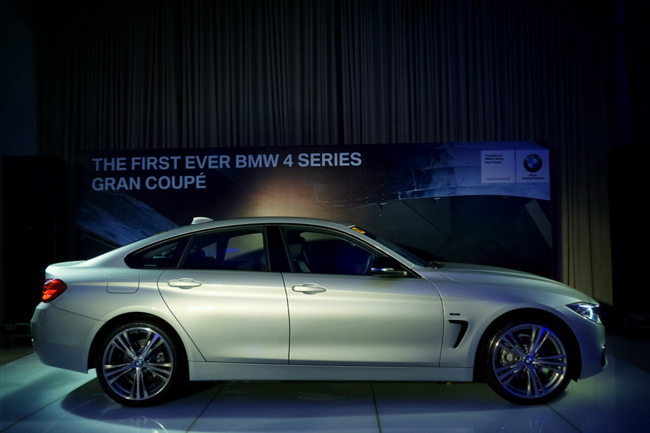 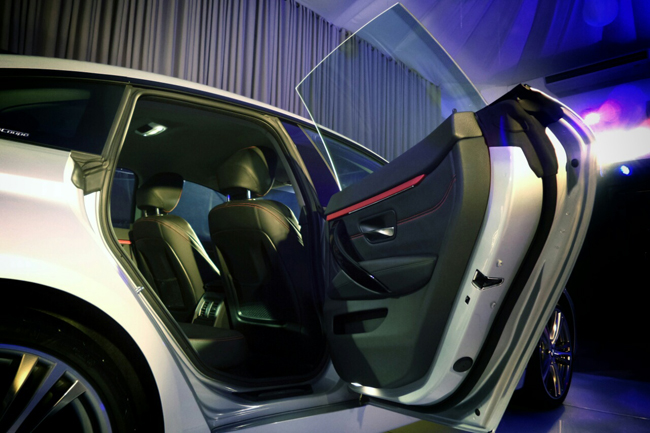 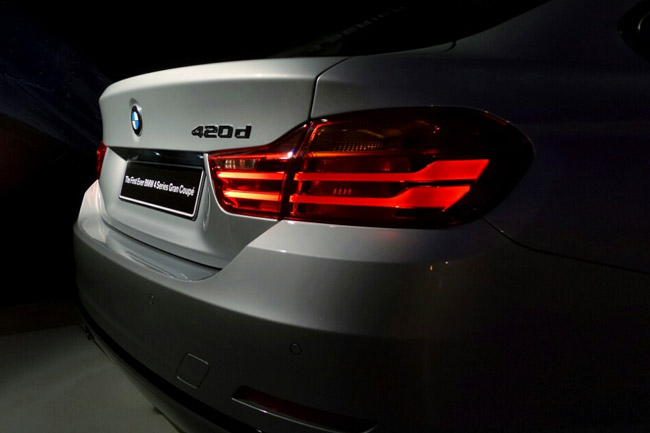 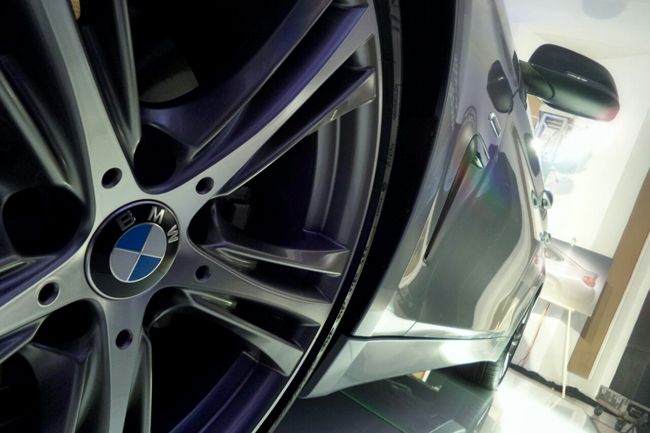