As more and more car brands include Apple CarPlay and Android Auto functionality for PH market models, it was becoming more glaring that the biggest automotive brand in the Philippines did not have this smartphone interface available in any car in its lineup. Toyota Motor Philippines (TMP) does offer something called T-Link smartphone mirroring in some models like the recently launched Corolla Altis, but it’s not the same.

For those unfamiliar with CarPlay and Android Auto, these are automotive interfaces created by Apple and Google, respectively, that activate once you connect your iPhone or Android device to a CarPlay/Android Auto-compatible system. They don’t just mirror your phone’s functions, they offer ways to interact with your device that won’t distract you from driving. In today’s motoring lifestyle where our sanity depends on music and navigation coming from our gadgets, a well-designed interface can be a deal-breaker.

The first mass market car brand to introduce CarPlay functionality was Honda Cars Philippines back in 2016. The 10th-generation Civic arrived with a 7-inch touchscreen display that included Apple’s smartphone interface. (However, for whatever reason, Honda PH could not include that feature in its marketing materials at that time) Since 2016 more and more models began offering this functionality, from affordable Korean mini cars all the way to midsize SUVs.

When the official specs of the Corolla Altis were revealed, I saw that it still had the T-Link mirroring system. I asked around about this omission in TMP’s feature portfolio, and was surprised to learn that there’s something in its stable that already offers CarPlay and Android Auto, and it’s not an expensive model like the Alphard or the Land Cruiser.

As of August 2019, all Fortuner variants—all six of them—have Apple CarPlay and Android Auto capability. The double DIN-size head unit comes from long-time TMP supplier AVT. So now all future Fortuner owners can enjoy the convenience of using their most important smartphone apps without having to block an A/C vent with a phone mount.

It makes sense to introduce this feature first in the Fortuner, given that it’s easily one of TMP’s top three best-selling models. There is no word yet on which model will get CarPlay/Android Auto next. 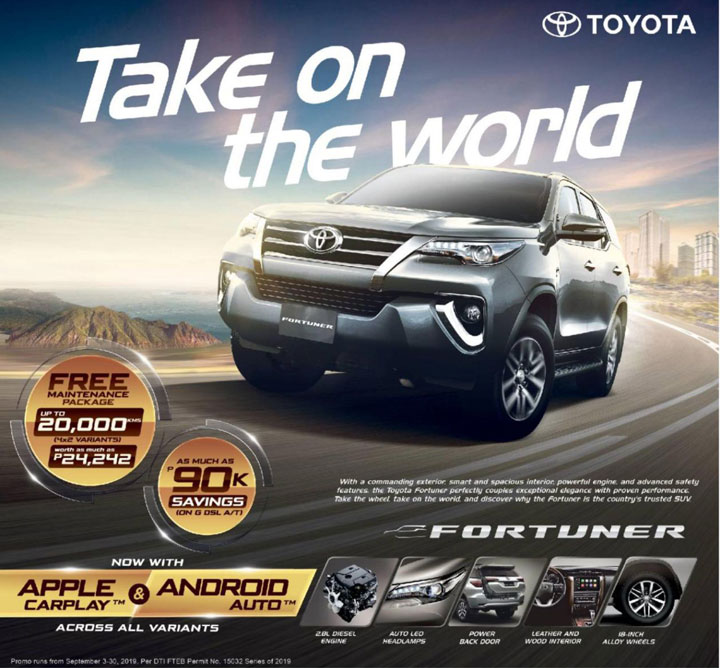 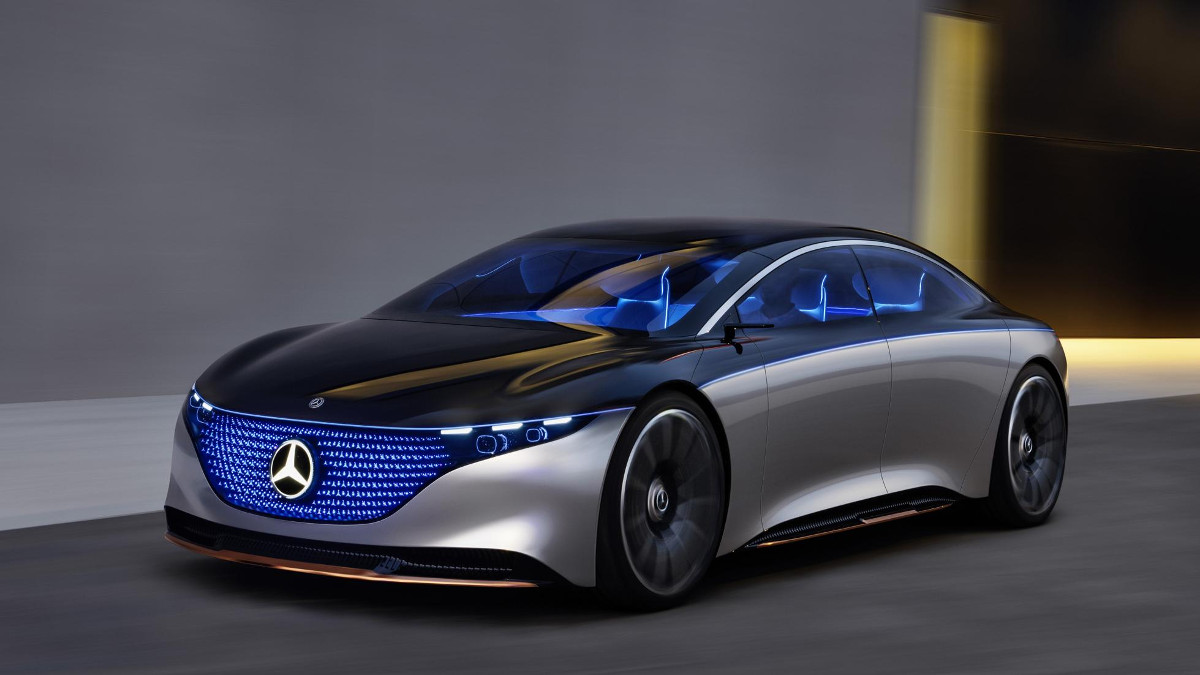 The Mercedes-Benz Vision EQS previews the S-Class as a luxury EV
View other articles about:
Read the Story →
This article originally appeared on Topgear.com. Minor edits have been made by the TopGear.com.ph editors.
Share:
Retake this Poll
Quiz Results
Share:
Take this Quiz Again
TGP Rating:
/20