Will we get the same thing?
by Andrew Guerrero | Jul 20, 2018
CAR BRANDS IN THIS ARTICLE

The current-generation Ranger has been a big hit for Ford. In recent years, this was probably the first time an American brand seriously challenged the Japanese in the pickup truck game. But with the arrival of newer models and the impending release of some refreshed pickups from rivals, you have to stay on your toes.

Say hello to the 2019 Ranger. As expected from the Blue Oval, it doesn't just settle for cosmetic updates, but mechanical ones as well.

Thanks to Khawtomotive’s YouTube channel, we were able to get a peek at the latest Ranger in Thailand. Up front, it receives a new two-bar grille reminiscent of one of the US Ranger's grille options. The Wildtrak variant also gets this, but like the outgoing model it retains the grayed-out front. The Wildtrak and new XLT Limited variants feature headlights with LED daytime-running lights, too.

On the sides, variants with new mills get new engine designation fender badges. Less obvious are the updated fonts for the large "Ranger" decal on the tailgate, and "4x4" decals on the rear quarter of four-wheel drive models.

Speaking of new mills, here are some engine details: The XL, XLS, and XLT variants retain the old 2.2-liter diesel, the XLT Limited and Wildtrak 4x2 get the new 2.0-liter single-turbo motor. The Wildtrak 4x4 features the Ranger Raptor's more powerful 2.0-liter twin-turbo unit, and the option of the new 10-speed automatic. The 2.2-liters stick with the old six-speed transmissions.

Although the desirable Ranger Raptor is the one getting most of the attention, the regular refreshed Ranger lineup is looking quite impressive, too.

The refreshed Ranger is one of the seven new models Ford Philippines managing director Bert Lessard announced earlier this year. So far, three of those Fords have been launched: The 2018 Mustang, the 2018 Expedition and the facelifted 2018 Explorer.

We'll bring you more photos and information as soon as it becomes available. Stay tuned. 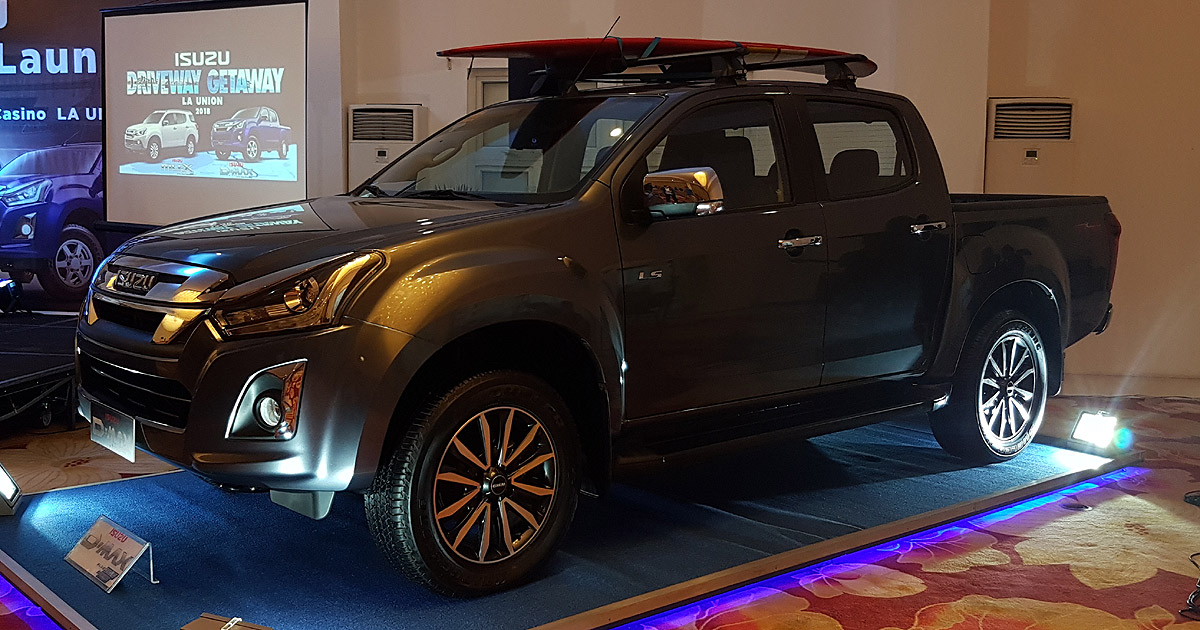 Say hello to the refreshed Isuzu D-Max with a 1.9-liter engine
View other articles about:
Recommended Videos
Read the Story →
This article originally appeared on Topgear.com. Minor edits have been made by the TopGear.com.ph editors.
Share:
Retake this Poll
Quiz Results
Share:
Take this Quiz Again
TGP Rating:
/20