Proof that anything is possible
by Stephen Dobie | Mar 31, 2016
CAR BRANDS IN THIS ARTICLE 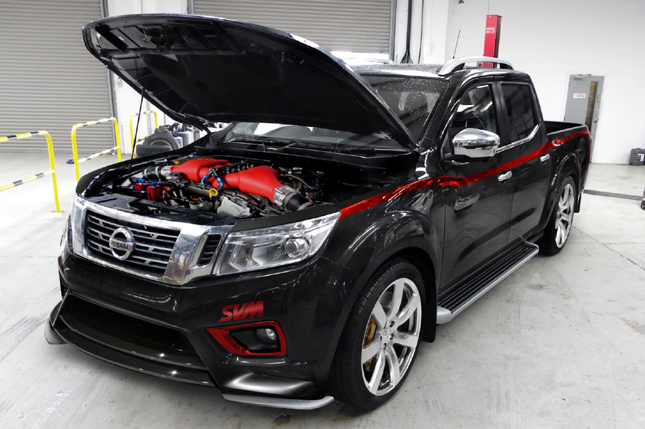 This, boys and girls, is a Nissan Navara with a GT-R engine. It’s worth being blunt about that because--let’s face it--this is about as blunt as cars get.

It’s the work of Severn Valley Motorsport (SVM), the Shropshire-based company that has previously shoehorned the GT-R’s gizzards into the body of a Qashqai, with 370kph as its loopy target.

Unlike that project, though, this one is very much in the conceptual stages. This is not a car (sorry, truck) that’s ready for sale. Rather, it’s a "look at what we can do" that ought to worm its way into the dreams of hurried builders everywhere.

This Navara-R comes tuned up to 800hp, but SVM is keen to stress you can have anything from the 550hp of a standard GT-R, right up to 1,500hp. You know, like a Bugatti Chiron...

SVM can transplant an engine tuned to your choosing straight into a Navara, accompanied by some appropriate chassis mods. Or, if your pockets are deeper, it’ll slot the pickup’s body over an entire R35 GT-R drivetrain, clever four-wheel-drive gubbins and driver-flattering tech and all.

Given it’s a concept for now, SVM is open to all sorts. Want a manual gearbox? How about rear-wheel drive? If you bellowed yes to the latter, you’re very deficient in marbles, but it’s apparently doable.

"Anything is possible," SVM’s Luke Anthony told us. "We are open to the craziest of ideas."

These include a modern-day version of the Pulsar GTI-R--taking the modern-day Pulsar hatchback from mediocrity to madness with a GT-R powerplant--and a homage to Transit Supervans of old, via a Nissan Primastar and, well, have a guess at which engine.

"We can produce these types of vehicles if we get the go-ahead for one from a customer," Anthony continued. The go-ahead, of course, has to include an appropriately sized payment.

So, let’s put you in the shoes of that customer. What would you like to boost with twin-turbo V6 power and Nurburgring-bashing electrickery? 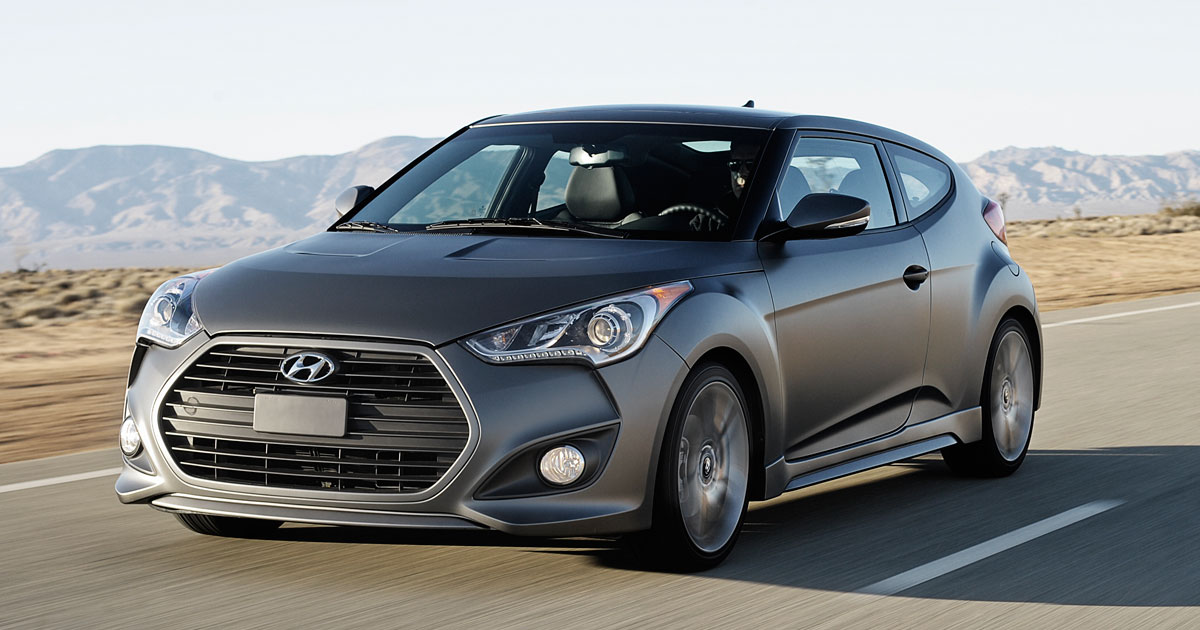 At long last, the Hyundai Veloster is coming to PH
View other articles about:
Read the Story →
This article originally appeared on Topgear.com. Minor edits have been made by the TopGear.com.ph editors.
Share:
Retake this Poll
Quiz Results
Share:
Take this Quiz Again
TGP Rating:
/20