That’s one way to showcase your technology’s capabilities
by Leandre Grecia | May 27, 2021
CAR BRANDS IN THIS ARTICLE

What better way for a carmaker to showcase its fuel cell’s capabilities than to use it to power something big, right? In the case of Toyota, it went really big.

The Japanese automaker’s fuel cell was recently used to power a generator that lit up no less than the Eiffel Tower, and it was quite the spectacle. This happened during the Paris de l’hydrogène, a hydrogen and mobility exhibition organized by the City of Paris together with Energy Observer, a Toyota-supported, self-sufficient, world-traveling boat operator.

The entire exhibition highlights the vehicles, technologies, and applications that will “shape the sustainable cities of the future.” Toyota’s fuel cell is incorporated in the green hydrogen-fueled GEH2 generator—developed by Energy Observer Developments (EODev) —that was used to power the demonstration.

The new Toyota Mirai, the fuel-cell CaetanoBus, and a REXH2 maritime range extender were also on display, all of which utilize Toyota’s fuel-cell technology and are already commercially available today. 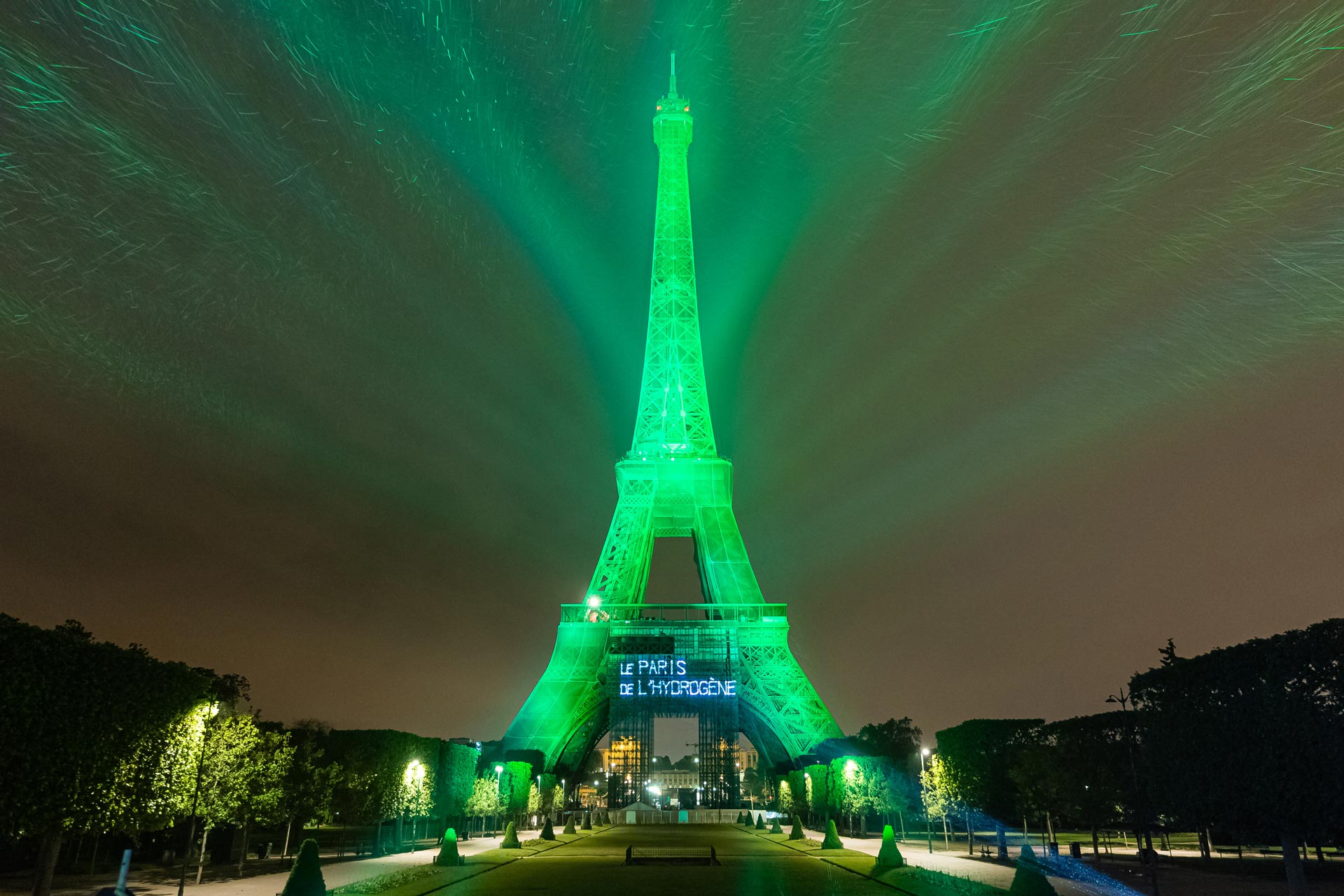 “We believe this initiative will be followed by many other celebrations of clean energy,” said EODev managing director Jérémie Lagarrigue. “We expect the most beautiful monuments in France and elsewhere will be illuminated thanks to sustainable energy solutions. Beyond their symbolic significance, these initiatives, such as EODev’s GEH2, highlight zero-emission solutions that are already operational today.”

“Hydrogen fuel cell technology will play a key role in enabling Toyota to reach its goal of carbon neutrality by 2050,” said Toyota Motor Europe president and CEO Matt Harrison. “This commitment was made back in 2015 when we announced our 2050 Environmental Challenge and launched Mirai—the world’s first mass-produced fuel cell vehicle.” 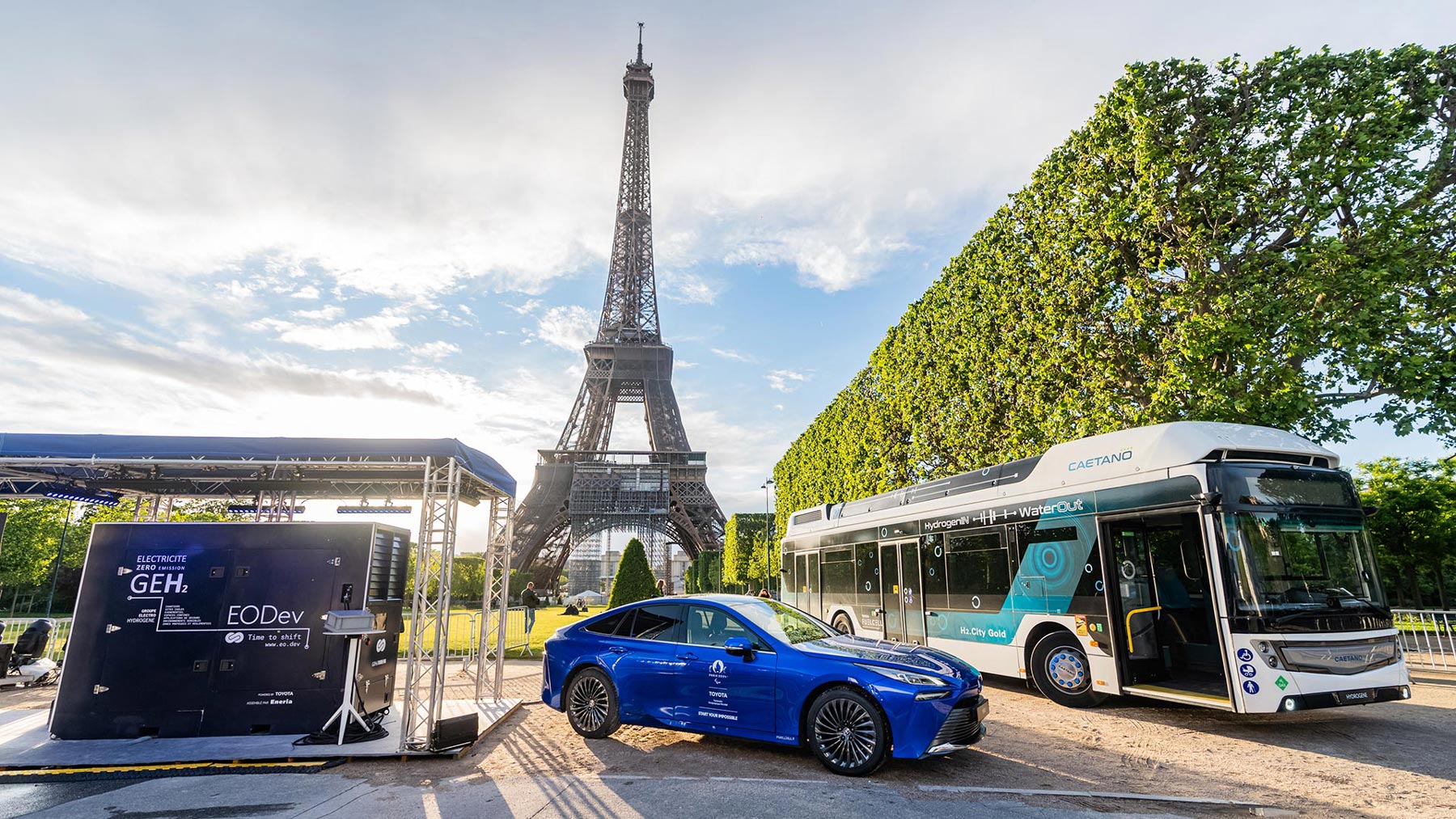 “We also believe that fuel cell technology will play a vital role in achieving carbon neutrality across the global transportation ecosystem,” added Harrison. “Not just in the automotive sector but also across the bus, truck, rail, aviation, maritime and stationary power sectors.” 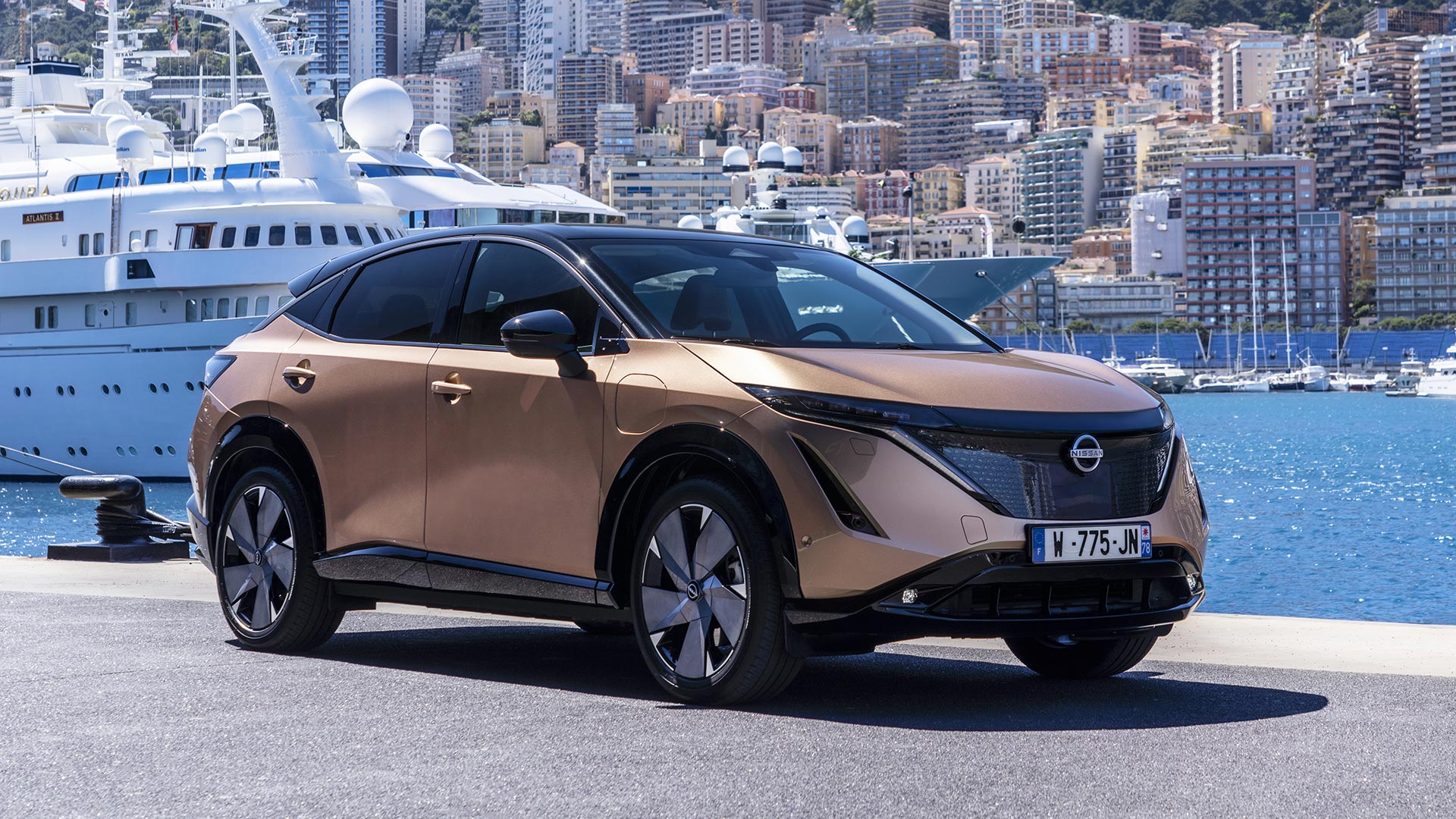 The Nissan Ariya makes its public debut in Monaco
View other articles about:
Recommended Videos
Read the Story →
This article originally appeared on Topgear.com. Minor edits have been made by the TopGear.com.ph editors.
Share:
Retake this Poll
Quiz Results
Share:
Take this Quiz Again
TGP Rating:
/20