Now this is what you call a truck
by Gerard Jude Castillo | May 5, 2016
CAR BRANDS IN THIS ARTICLE

When it comes to tough, high-performance trucks, the Ford F-150 Raptor is arguably the king of the hill. Its brutish looks, monstrous capabilities and invincible demeanor make its lesser Ranger Wildtrak cousin look dainty.

In an attempt to prove this point, Ford has put its money where its mouth is by coming up with a video series highlighting the abilities of its toughest offering to date. A new six-part video series is set to be released, showcasing just how mean the F-150 Raptor is. Shot in the Mojave Desert, the footage shows the Ford pickup being practically at home in one of the harshest environments on the planet. This allows it to show off its off-road prowess made possible by large BF Goodrich K02 off-road rubbers, six-mode driving presets, and long travel suspension.

Each of the six video installments will be unveiled in succession over the next six months. The entire documentary gives viewers a glimpse into different aspects of the vehicle--among them being the military-grade aluminum alloy that has helped shave as much as 227kg from the equation. Apart from this, the new 3.5-liter EcoBoost V6 puts out a robust 411hp and 588Nm--figures that are more potent than those of the previous model’s humongous 6.3-liter V8.

Set to go on sale later this year, the new F-150 Raptor continues the high-performance off-road tradition set during races like the Lucas Oil Off-Road Rally and the Baja 1000. To see is to believe, so the saying goes. So watch the Raptor in action for yourself and be impressed. 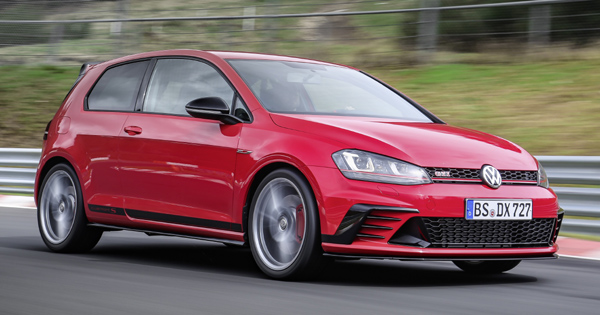 Volkswagen Golf Clubsport S is now the most potent production GTI to date
View other articles about:
Read the Story →
This article originally appeared on Topgear.com. Minor edits have been made by the TopGear.com.ph editors.
Share:
Retake this Poll
Quiz Results
Share:
Take this Quiz Again
TGP Rating:
/20