After stint as BMW Indonesia sales director
by Vernon B. Sarne | Jul 28, 2014
CAR BRANDS IN THIS ARTICLE 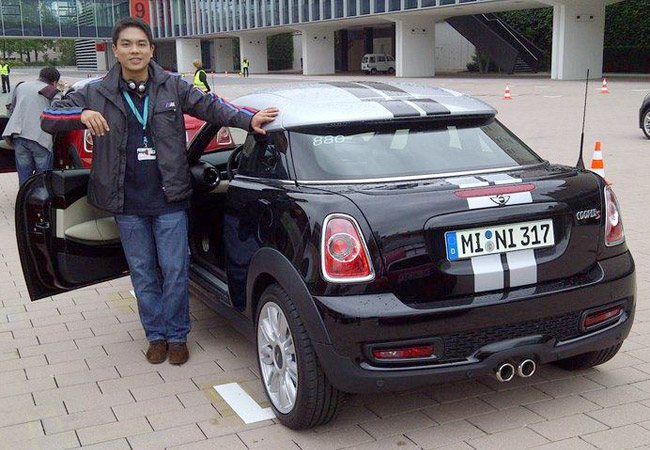 Last Friday, we reported that a Filipino executive is taking over Nissan Philippines as president. Well, it seems Pinoys are on a roll in the auto industry these days: Another Filipino has been appointed to an important position in the business.

Peter "Sunny" Medalla, most recently the sales director of BMW Indonesia, has been absorbed by BMW Asia in Singapore to oversee Mini's operations in the region.

"My stint with BMW Indonesia is coming to an end after five memorable years, and after finally retaking market leadership from Mercedes-Benz," Medalla wrote to TopGear.com.ph. "I am moving to Singapore to head Mini Asia. Exciting times ahead. I am looking forward to growing the business with our Mini dealers in Indonesia, Singapore, the Philippines, Vietnam, New Caledonia, Sri Lanka and Brunei."

Before joining BMW Indonesia, Sunny was BMW Philippines' sales director from 2005 to 2008. Prior to BMW, he was Ford Group Philippines' fleet sales manager from 2001 to 2005. He started his automotive career with Toyota Motor Philippines, as a member of its dealer sales operations team from 1994 to 1998.

Mini currently has two showrooms in the Philippines: the main one in Bonifacio Global City and the newly inaugurated dealership in Cebu. The local distributor has also just launched the all-new Mini Cooper and Cooper S.

Congratulations to another proud Filipino executive. We expect Mini to finally take off in our market under his leadership.

Just for the Middle East: Aston Martin to revive Lagonda nameplate
View other articles about:
Read the Story →
This article originally appeared on Topgear.com. Minor edits have been made by the TopGear.com.ph editors.
Share:
Retake this Poll
Quiz Results
Share:
Take this Quiz Again
TGP Rating:
/20