Mitsubishi Mirage G4 runs a total of 1,647km on a single tank of fuel

That's with the manual transmission
by Vernon B. Sarne | Dec 16, 2014
CAR BRANDS IN THIS ARTICLE 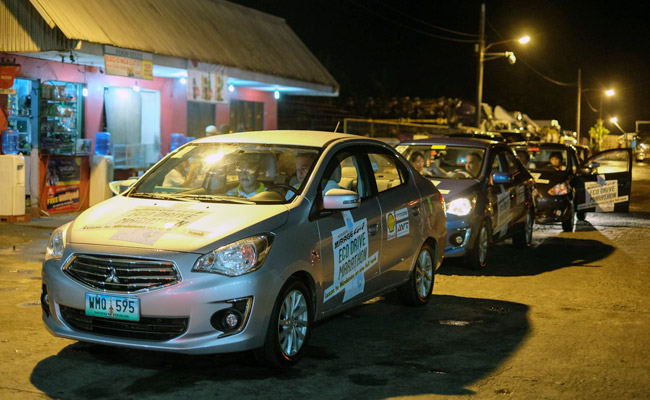 On December 2, Mitsubishi Motors Philippines began driving two units of the Mirage G4 sedan and one unit of the Mirage hatchback from Luzon to Mindanao with the aim of breaking the previous unofficial Philippine record for the longest distance traveled by a stock passenger car on a single tank of fuel. That record stood at 1,402km, set by a Honda Jazz in 2008.

Before the Mitsubishi caravan took off, company officials had announced that they were aiming to go 1,450km. Well, guess what, the Mirage G4 units did much more than the stated target.

Now, understand that this fuel eco run employed hypermiling techniques--like drafting, or driving behind a large vehicle to minimize wind drag--so don't expect these mileage figures in real-world driving conditions. Still, the figures are nothing short of incredible. Since the Mirage G4 has a 42L fuel tank, that means the MT unit did 39.21km/L and the CVT unit managed 36.14km/L.

Now that the run is complete, we will soon publish a series of photo-heavy articles detailing how the Mitsubishi Mirage G4 sedans achieved the feat on a day-to-day basis.

Chevrolet PH demonstrates how to take good care of a customer
View other articles about:
Recommended Videos
Read the Story →
This article originally appeared on Topgear.com. Minor edits have been made by the TopGear.com.ph editors.
Share:
Retake this Poll
Quiz Results
Share:
Take this Quiz Again
TGP Rating:
/20