Would you stay awake for 82 hours straight to win a car? This man did 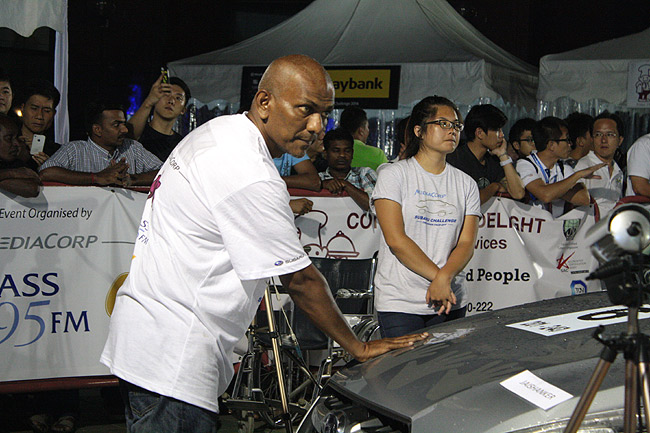 Singaporean G Jaishanker is no stranger to the Subaru Palm Challenge. In 2012, he joined the contest for the first time and was one of the last two participants in the regional final, which is held at Ngee Ann City every year. He lost the grand prize to another Singaporean, software developer Gan Yu Shen Tholmas, who clocked in a winning time of 78 hours, 30 minutes and 52 seconds. Back then, it was the second-longest winning time in the history of the competition.

This year, Tholmas's winning time moves to third, as the previous record of 81 hours and 32 minutes (set by George Lee in 2008) has finally been broken. The final four contestants of this year's challenge all surpassed Lee's record. But of course, only one winner gets the keys to a brand-new Subaru.

So, who emerged as this year's champ? The 2012 Subaru Palm Challenge runner-up G Jaishanker set a new record and finally won the sought-after keys to a brand-new car.

Setting the new longest winning time of 82 hours, 16 minutes and 58 seconds, Jaishanker is the recipient of a Subaru Forester 2.0i Premium worth SGD85,000 (about P2.975 million) without a certificate of entitlement. Note that the car prize varies per country. The car at stake for Filipinos was a Subaru XV 2.0i. Singaporean Analiza Binte Mokhtar was the runner-up, taking home SGD5,000 (around P175,000).

Among the 10 Filipinos who competed, Alex Neblasca stayed in the contest longest and emerged as Country Winner, earning for himself SGD1,000 (around P35,000). He bested his past record and stayed in the game for 75 hours and 43 minutes. His fellow Filipino contestants helped him stay in the game longer, cheering him from the sidelines and making sure his palm stayed on the decal.

How long do you think you could last for a new Subaru car? 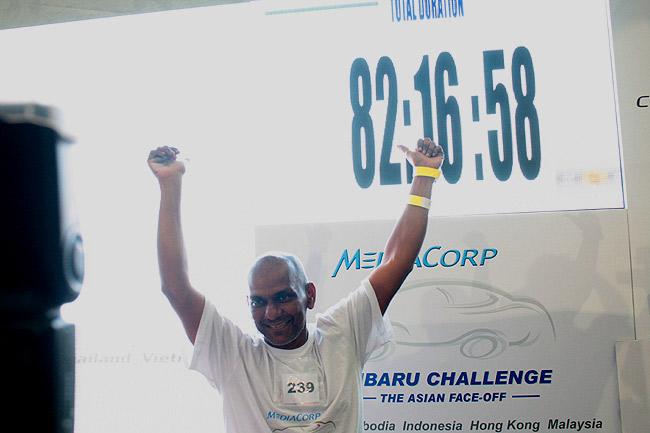 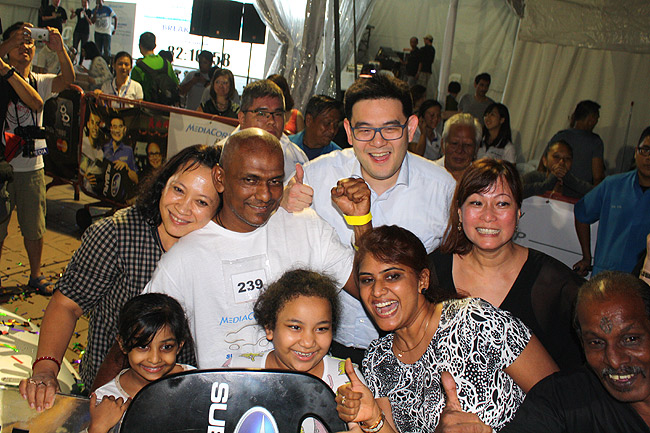 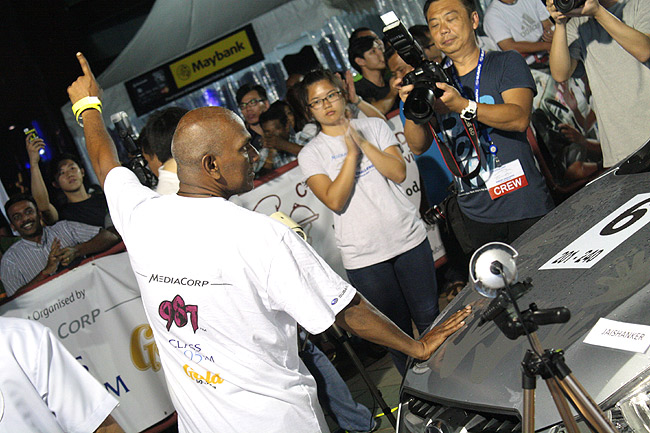 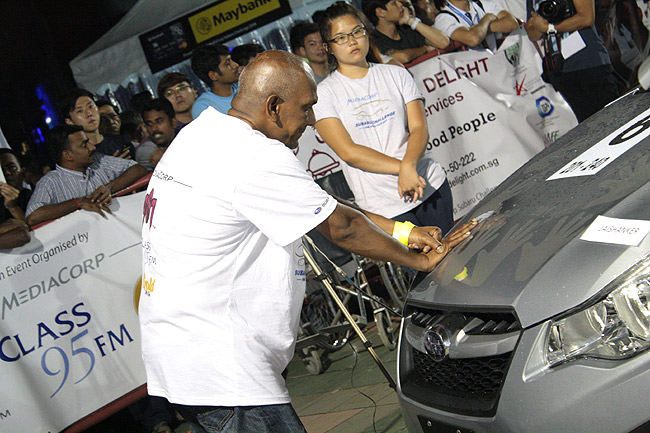 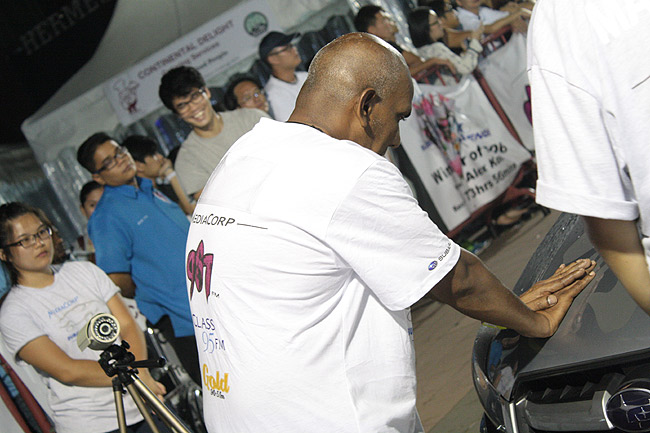 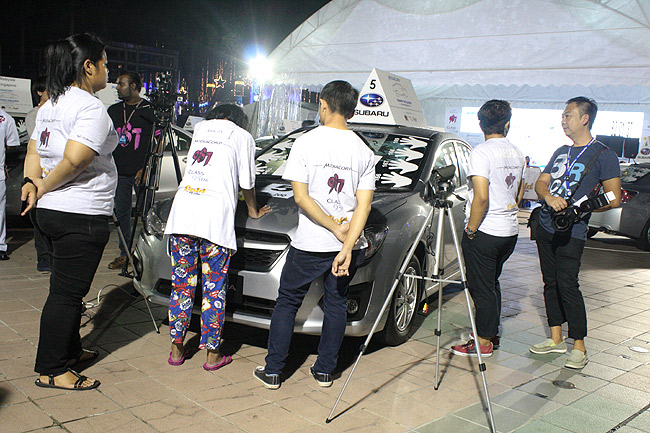 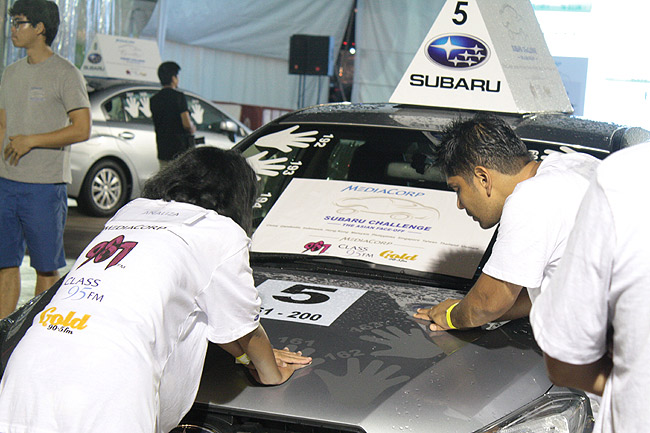 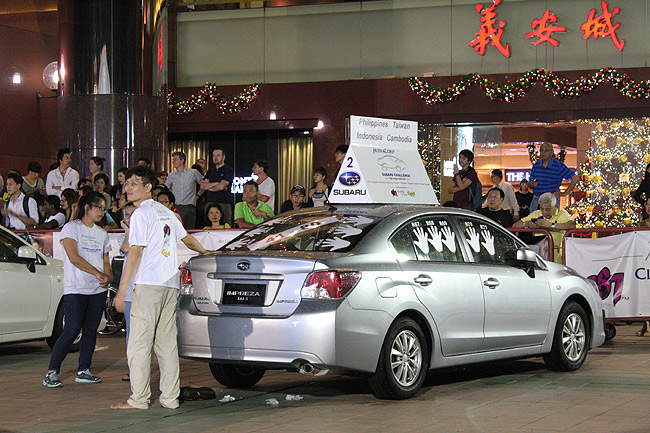 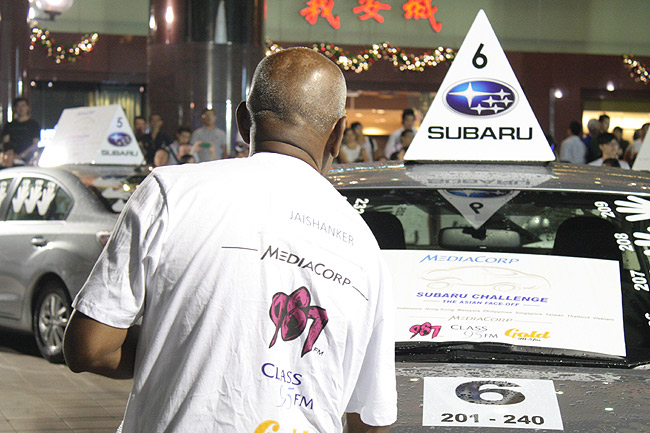 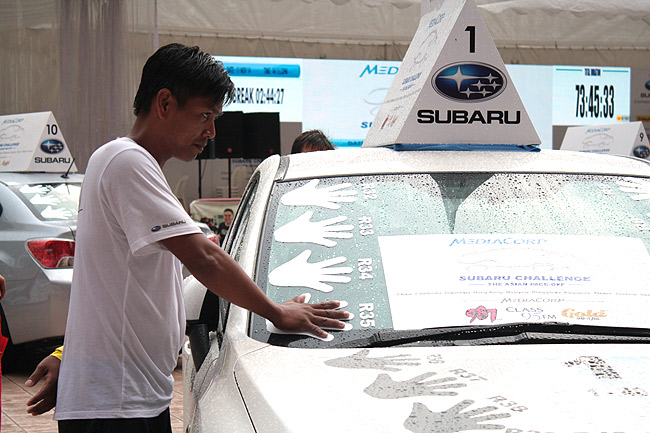 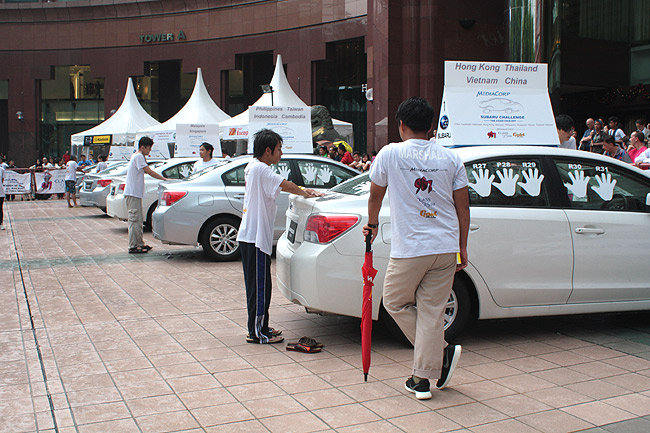 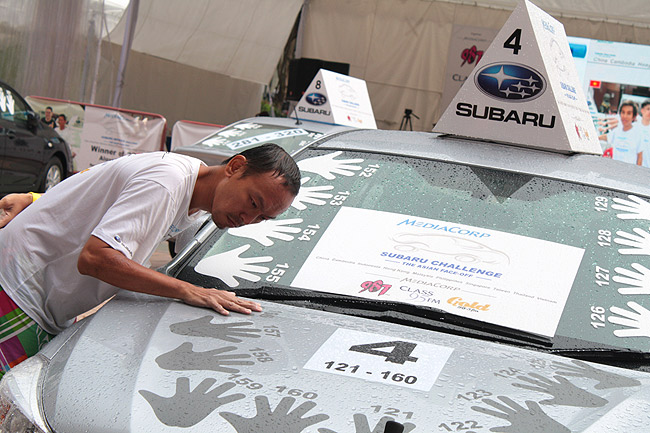 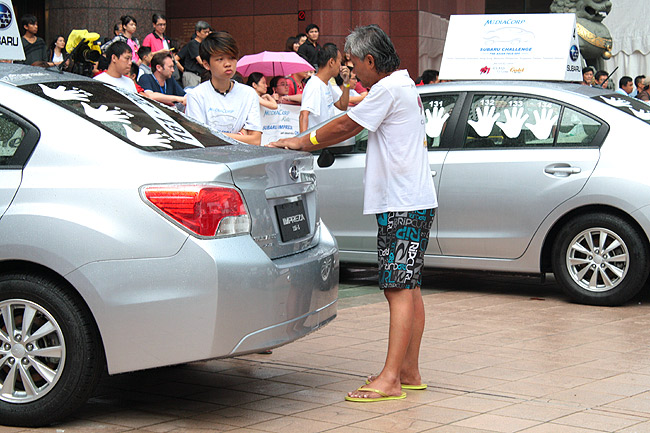 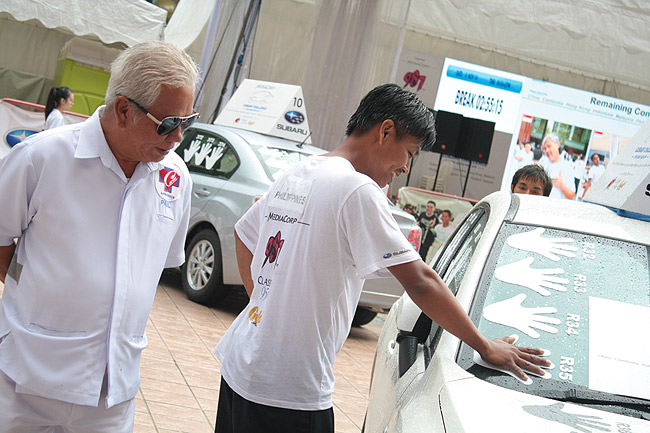 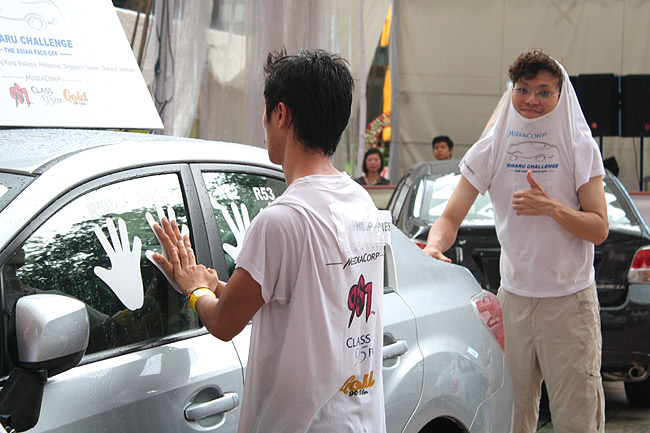 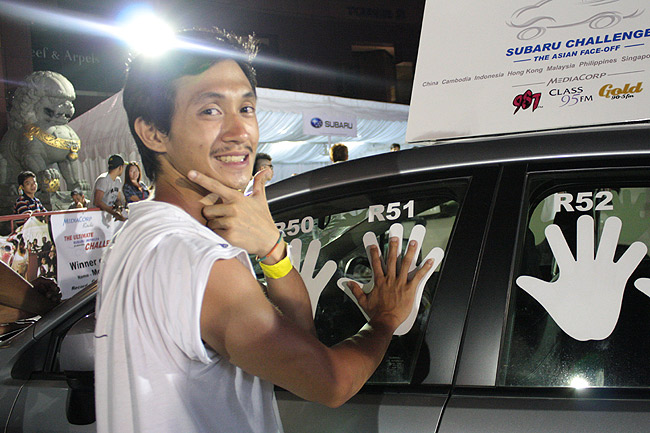 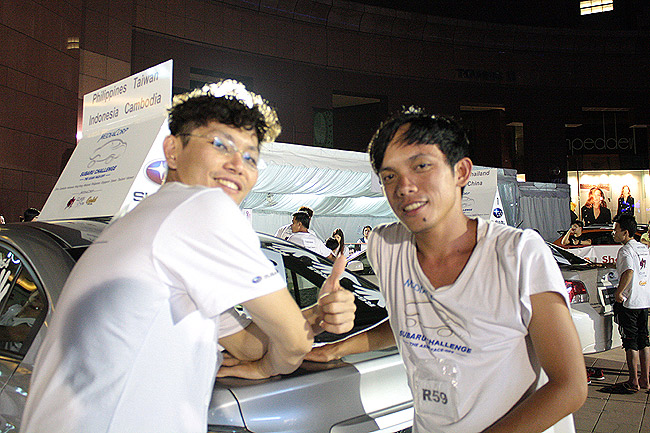 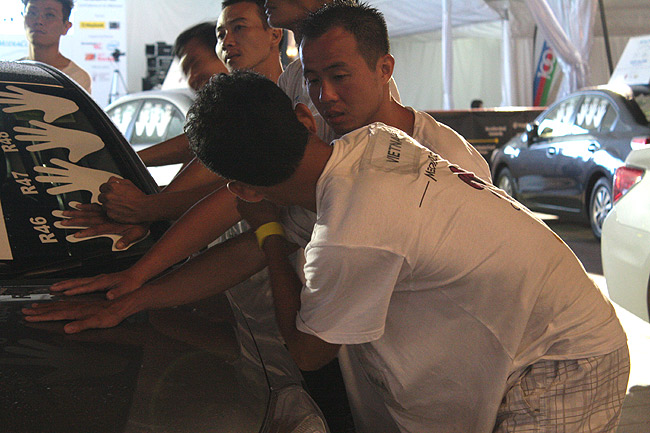 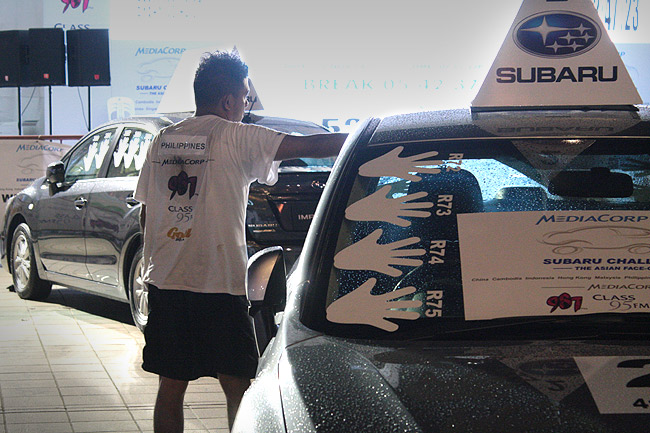 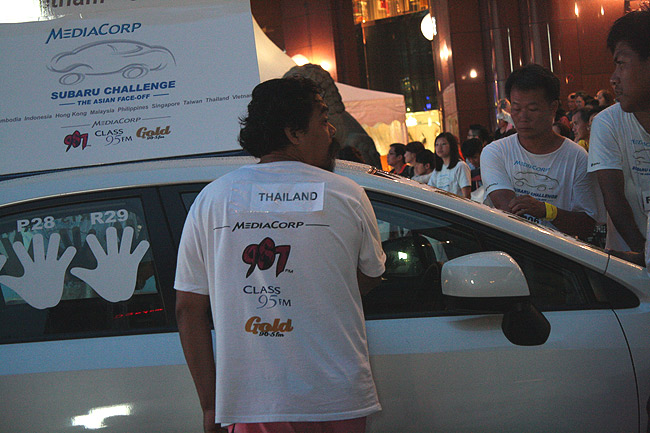 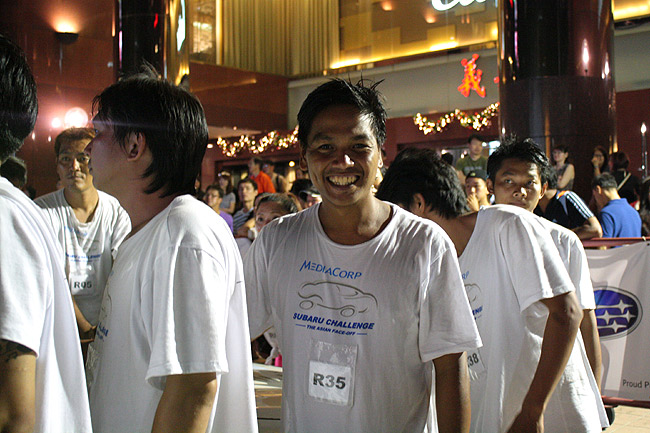 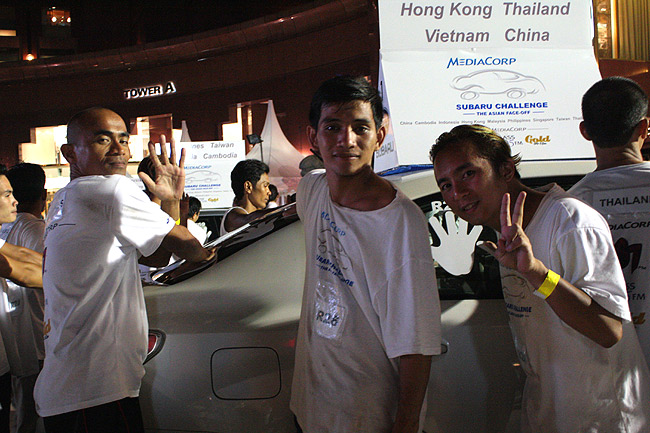 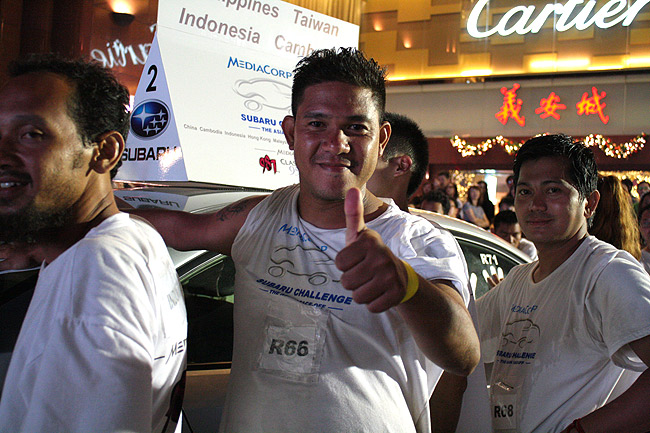 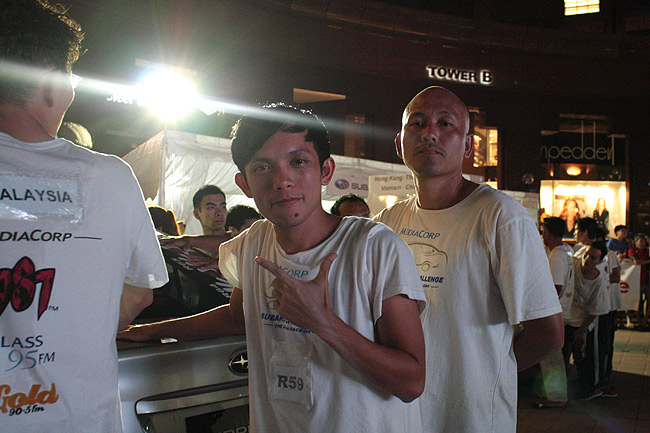 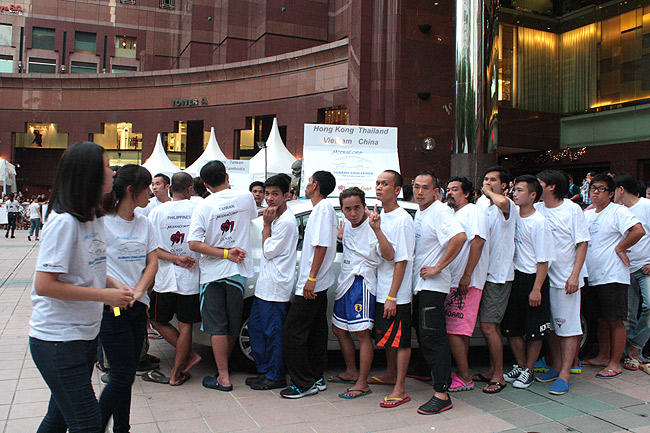