Senate: EDSA should prioritize pedestrians and bikers, not private cars

Remember the elevated walkway project that was raised in the Senate just a week ago? It seems Senate majority leader Juan Miguel Zubiri is pretty damn serious about pushing through with it.

In a recent privilege speech by the Senator, he reiterated the importance of mobilizing people in the city through means other than public transport. Zubiri cited the ‘inclusive mobility’ framework—a project he initially put forward in 2016—in which the proposal for elevated walkways along EDSA first came to light. The project never came to be, so the Senator is now exerting renewed efforts to bring the idea to life.

“In solving our traffic problems, we should not only focus on vehicular traffic, but we should also consider commuter experience and other means of moving our people around our cities. Inclusive mobility is such that would increase productivity and support acceleration of economic growth,” Zubiri said.

“We can try all manner of regulations to control vehicular activity on EDSA, but the truth is, there is no controlling the kind of vehicular volume that the avenue ferries every day. The only way to truly introduce change is to create alternative channels of transport, preferably ones that are more favorable to commuters, instead of motorists.”

What Zubiri is emphasizing is that the only way to decongest EDSA is to get people out of their cars and convince them to opt for alternative transport solutions—one solution being the creation of “walkable, bike-able cities” that will be accessible to all.

“An elevated walkway and bike lane along EDSA would open up a new people-centric avenue to connect Metro Manila’s major business districts. We really must consider this alternative transport channel, as it will not only ease up vehicular traffic on our roads, but it will also be a pro-people project that will give citizens from all walks of life an avenue for safe and easy mobility,” Zubiri added. “This walkway will not discriminate between those who can afford to endure traffic in a luxury car and those who must resort to cheap, over-capacity, open-air buses that are exposed to all the filth and smog of the city. With this elevated walkway, everyone will be on equal footing to get where they need to be.”

The Senator also stressed that he is ready to push for an amendment to the 2020 budget and work toward allotting P1 billion for Phase 1 of this project. If it does push through, will a network of elevated pedestrian walkways be of benefit to you? 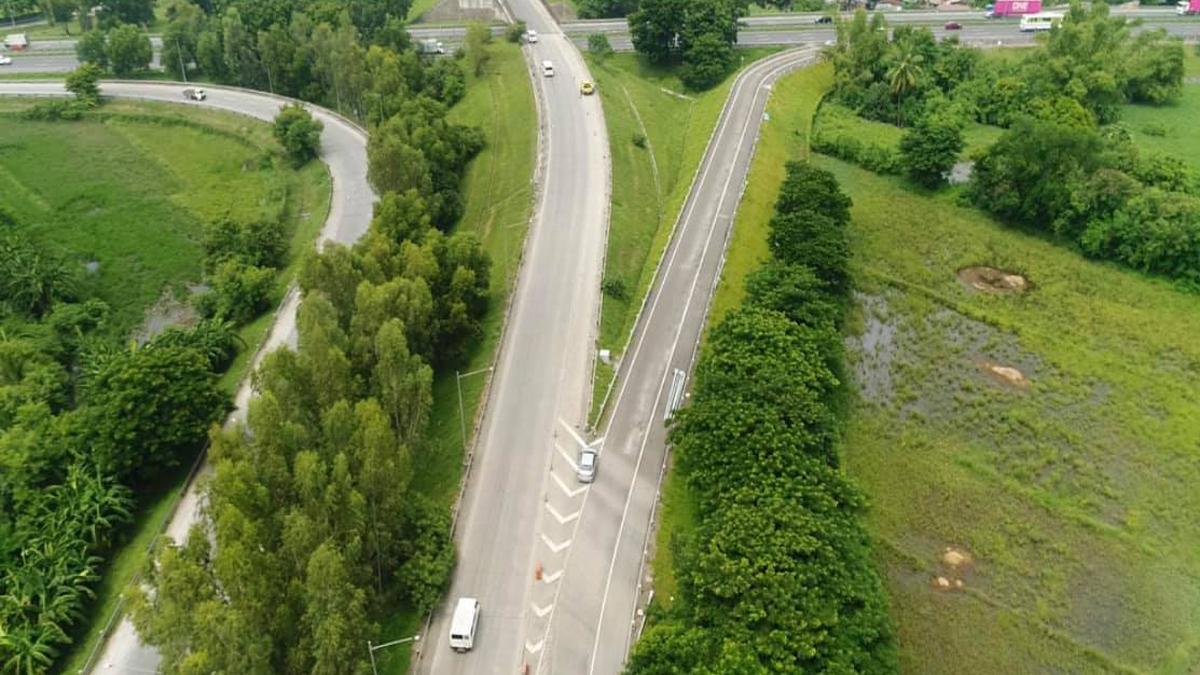 DPWH: New Balagtas-NLEX Northbound Entry to hasten travel to Pampanga by 50%
View other articles about:
Read the Story →
This article originally appeared on Topgear.com. Minor edits have been made by the TopGear.com.ph editors.
Share:
Retake this Poll
Quiz Results
Share:
Take this Quiz Again
TGP Rating:
/20