“The Land Transportation Office (LTO) is providing you with some breathing room if your driver’s license is expiring this month.

“In a Facebook post, the agency has announced another extension for motorists whose LTO driver’s license, student permit, conductor’s license, or medical certificate expires in August.

“If your driver’s license or any of the requirements above expire within the month, you now have until September 30 to renew it. The LTO says that this move is because of the rising number of COVID-19 cases in the Philippines.”

As well as the registration validity of vehicles with plates ending in 8, 9, and 0

“As expected, the agency has announced the same extension for the motor vehicle registration of select vehicles.

OTHER STORIES YOU MIGHT HAVE MISSED:
Officially unveiled: Say hello to the all-new 2023 Toyota Vios
Mitsubishi has given the Strada a new beefy off-road package

“During one of the agency’s recent clearing ops in Quezon City, MMDA personnel apparently ticketed a motorist whose van was illegally parked on the sidewalk, completely obstructing the pathway for pedestrians. This same vehicle was impounded just two hours prior for illegal parking, and yes, it was towed away from that exact same spot we see above. Things like these will just have you shaking your heads, no?

“‘It seems that the driver paid the penalties, collected the van from the impound, and then returned the van to the exact same position on the sidewalk,’ the video description reads. Luckily for him, he was present to receive the ticket, or else his van would’ve gotten towed away for the second time in two hours. That has to be a record of some sort.”

Number coding in the morning to return on August 15

“It’s official: The number coding scheme in Metro Manila has been expanded.

“Following a meeting earlier today held with the Metro Manila Council, the Metro Manila Development Authority (MMDA) has announced that the number coding scheme will now cover both morning and evening rush hours.

“Implementation of the expanded number coding scheme will begin on August 15, or next Monday.”

Coding violators will not be flagged from August 15 to 17, though

“The agency has released a new statement saying that the updated number coding scheme’s implementation will only be a dry run from August 15 to 17. Enforcers will only begin issuing violation tickets starting August 18. That’s next Thursday.

“‘From August 15 to 17, we will start the dry run and will only remind motorists of the expanded number coding scheme,’ MMDA chairman Carlo Dimayuga III said. From August 18 onwards, the MMDA will start apprehending and will issue traffic violation tickets on the ground and through our non-contact apprehension policy.’

OTHER STORIES YOU MIGHT HAVE MISSED:
The new Mitsubishi Xpander Cross officially breaks cover
PH fuel price update: Diesel could go down by P1.20/L starting August 16

“After threatening to get a new IT provider in order to speed up the motor-vehicle registration process, Land Transportation Office (LTO) chief Teofilo Guadiz III has now said that replacing its current provider Dermalog was “never the intention” of the agency.

“Apparently, doing so would “produce more problems instead of solutions,” said Guadiz. He added it would be best for the agency to sit down with Dermalog’s officials and personnel as well as concerned stakeholders for a discussion. Guadiz said this could help iron out all the details and potentially eliminate the current problems hindering the delivery of public service.

“‘We believe that any unnecessary delays in providing services that the LTO is mandated to provide will always be detrimental to the public’s welfare and certainly this Office, and perhaps even Dermalog, does not want that to happen,’ added Guadiz. ‘It has always been this LTO’s intention to give the motoring public the best and quality services they so richly deserve, in the most timely, convenient, and cost-effective manner, and we will continue to abide by it.’”

“Well, this is it: The newest Cavitex-C5 Link Flyover Extension segment is finally opening this weekend after a slight delay.

“Segment 3A2, which runs from Merville to Eugolio Rodriguez Avenue in Parañaque City, was supposed to open sometime in July 2022. Instead, its opening was moved to 6am on August 14—that’s this coming Sunday.

“The new segment spans a total of 1.6km in length. Once the entirety of Cavitex-C5 Link is completed, travel times for motorists driving to and from Cavitex to Makati City, Taguig City, and Pasay City will be reduced by 30 to 45 minutes.” 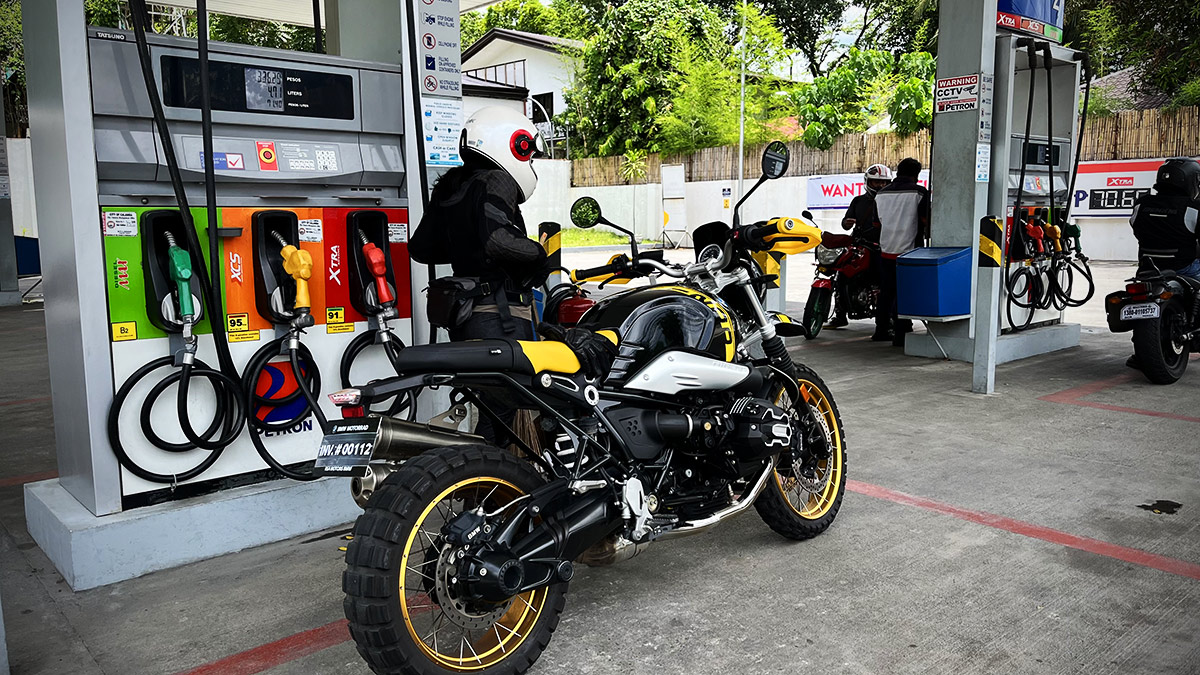 PH fuel price update: Diesel to go down by P1.05/L starting August 16
View other articles about:
Recommended Videos
Read the Story →
This article originally appeared on Topgear.com. Minor edits have been made by the TopGear.com.ph editors.
Share:
Retake this Poll
Quiz Results
Share:
Take this Quiz Again
TGP Rating:
/20