Senator says this was caused by ‘lack of coordination’
by Drei Laurel | Nov 24, 2020

Apparently, regular motorists aren’t the only ones noticing how electrical poles remain obstructions following road-widening projects. Several members of the Philippine Senate have taken note of the issue as well.

According to a report by ABS-CBN News, the issue of poles remaining in the middle of roads after widening projects was tackled by the Senate last week. How much will it cost to remove these hazards? Senator Sherwin Gatchalian, who defended the budget during the plenary, says it will take P3.7 billion to relocate them.

The senator added that there was already a joint circular by the Department of Energy (DOE) and Department of Public Works and Highways (DPWH) last year meant to tackle the problem. In fact, P3 billion was already allotted for these poles’ relocation. Despite this, Gatchalian said around 60,000 obtrusive poles remain.

The senator attributes these mistakes to a lack of coordination between the DOE and DPWH. He has stressed the issue to the two agencies and has given them until the first half of 2021 to resolve it.

“It is a simple lack of coordination.  They should now implement those joint circulars because those specified how to execute this and I am requesting and mandating them that to finish the removal of the posts, by early part of next year because the funds are already there and all they have to do is sit down and work out a timetable to remove it,” the senator stressed.

The 2019 joint circular between the DOE and DPWH reportedly includes compensation for cooperatives to remove obtrusive poles. According to the report, 121 of them are ready to begin relocation efforts as funds have already been allocated. 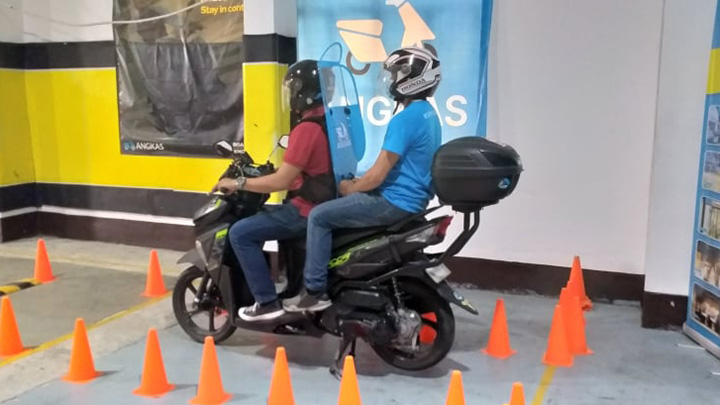 Angkas gets green light from DOTr to resume operations
View other articles about:
Read the Story →
This article originally appeared on Topgear.com. Minor edits have been made by the TopGear.com.ph editors.
Share:
Retake this Poll
Quiz Results
Share:
Take this Quiz Again
TGP Rating:
/20