The excitement exceeded our expectations
by Carlo Chungunco | Oct 23, 2014
CAR MODELS IN THIS ARTICLE 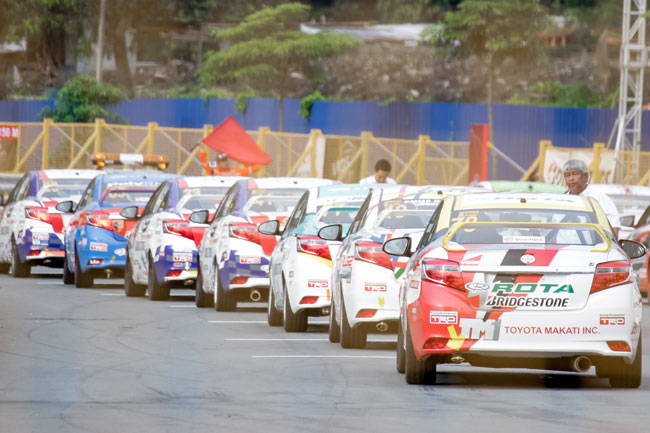 While the first two legs of the 2014 Toyota Vios Cup, held at Clark International Speedway, were awesome, they did come with an obvious caveat: They were a bit far from Metro Manila. Hence the question: What would happen if you brought the race to the city? Toyota Motor Philippines being Toyota, did just that. The third and final leg of the Vios Cup happened last weekend (October 18 and 19) at McKinley West development property in Taguig, and we were there to see all the action.

One thing that struck us was the sheer tightness of the track. A true test of driver skill and precision, it bore a striking similarity to the claustrophobic layout of the Macau street circuit. There were no run-off areas; the slightest mistake would put a driver into the Armco barriers at full speed; and passing opportunities were few and far between. The best chance to overtake was to outbrake your opponent as you approached a hairpin, but that would also put a driver at risk of taking too tight a line and losing speed in the process. Overall, the track was a fantastic way of pitting the drivers against each other.

Qualifying was held on Saturday with the grid divided into two brackets. Bracket A consisted of the regular series racers, and Bracket B was composed of the celebrities and media participants (plus a few of the regular racers who didn't qualify for Bracket A). Position for Sunday’s race day depended on the results of the qualifying session.

Due to the highly technical nature of the track and its limited width, the first of many incidents happened as soon as we arrived at the venue. A Vios race car crashed into the Armco barrier just after the hairpin during qualifying. The race had to be red-flagged (stopped), as FIA regulations state that a barrier has to be repaired upon sustaining damage before racing can continue.

Jason Choachuy, the series leader, came into qualifying looking to cement his place as the first Vios Cup champion. Allan Uy, third in the championship standings, was bent on challenging Choachuy for the win. All eyes were on them as the head-to-head qualifying session started in the afternoon heat.

The tension was palpable as the cars set off, but disaster soon struck when contact between Choachuy and Uy forced both cars to retire from qualifying, relegating them to Bracket B. (A video which we posted on our Facebook page clearly shows Choachuy initiating contact.) This meant both would not be able to score points, thus widely opening up the championship victory for 15-year-old racing wonder Luis Gono, as well as championship contenders Dominic Ochoa and Pauland Dumlao. All three were hoping to take advantage of the double points awarded for the final leg.

On Sunday, the sunny weather was perfect for racing. The atmosphere was electric as the first race of Bracket A began a little after lunchtime. With the tires squealing and the race engines cutting through the roar of the crowd, Dumlao took first place in a race marred by two appearances of the safety car.

Bracket B was just as eventful, as Rhian Ramos’s car ended up crashing at the double-yellow chicane. Uy, having been relegated to this bracket, and starting from the back of the pack due to the incident in qualifying, attacked and overtook everyone in what could only be called a clinic in precision driving.

The excitement carried over to Bracket A’s second (and final) race, when Ochoa was involved in a massive pileup that left him out of the race (and the championship). As the debris was cleared and the racers were readied for the restart, we were left wondering if there would be another incident before the end of the race.

We didn’t have to wonder long.

Just minutes after the race had been restarted, some cars in the middle of the pack were involved in an accident right after the high-speed final corner, which resulted in a Vios pirouetting a few times, leaving a trail of cars parts on the track.

With one last heat to run for the day and with the sun fast setting, the organizers decided to cancel the race, handing Dumlao the win, and Gono the second place.

When all the cars returned to pit, ecstatic smiles and hugs were shared, as a day and a season of racing came to a close.

The Japanese carmaker has captured the essence of racing, and just like how the Vios is an everyman's car, the Vios Cup succeeds in being an everyman’s (and woman’s) racing series. During the weekend, we saw families, wives, girlfriends and people who otherwise had no interest in cars whatsoever. But they cheered and rooted for their favorite drivers until their throats were hoarse and their bodies were aching.

TMP did not just bring racing to Manila--it succeeded in actually creating a street circuit. We heard comparisons being thrown around the grandstand; places like Singapore, Monaco and Macau were mentioned within earshot. This weekend will go down in history as one of the best racing events to ever happen in the country.

Results have been announced for the final leg, but these are provisional, so the overall champion is still officially unknown. Having said that, we believe Luis Gono will be named the first Vios Cup champion in the Philippines when the award is formally given on November 10.

Good job, Toyota! You did Philippine motorsports a lot of good. 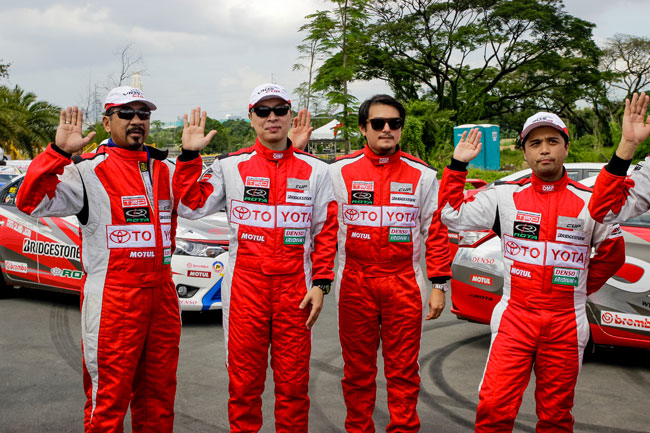 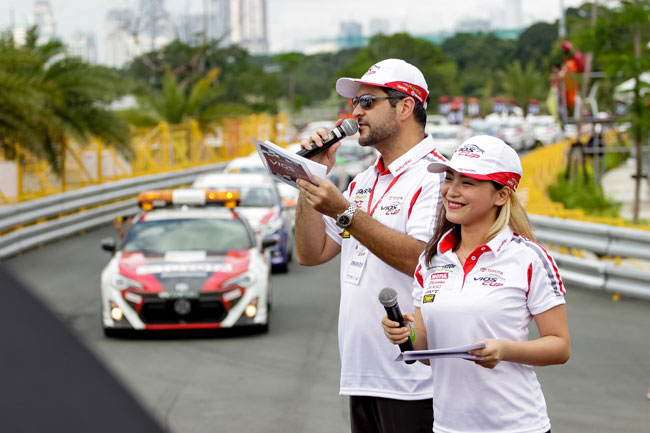 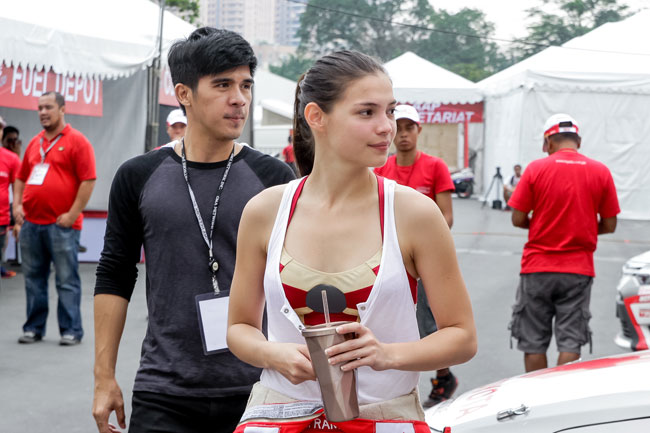 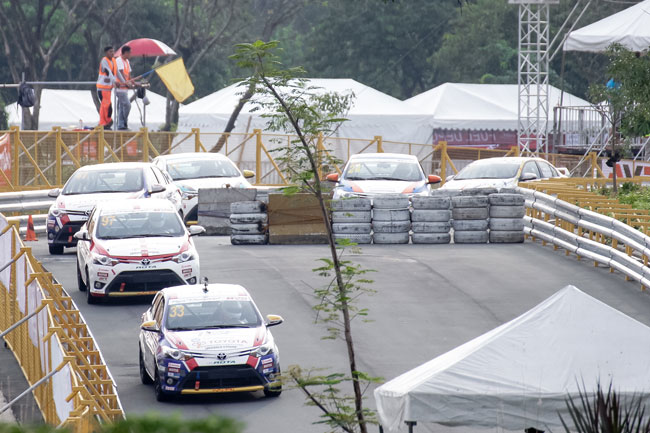 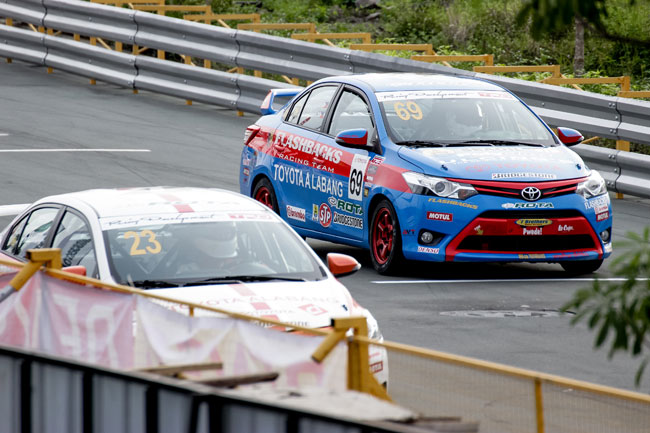 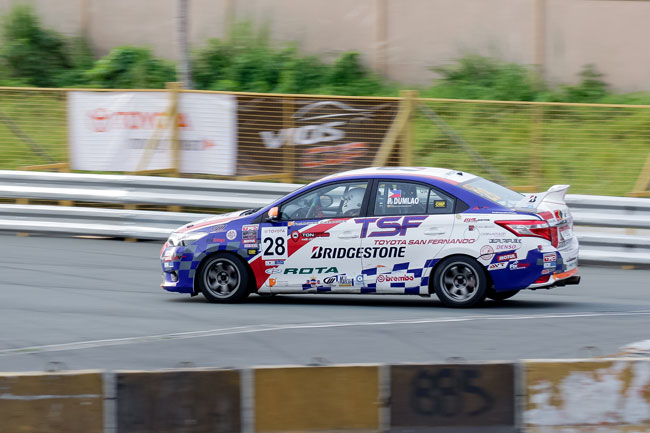 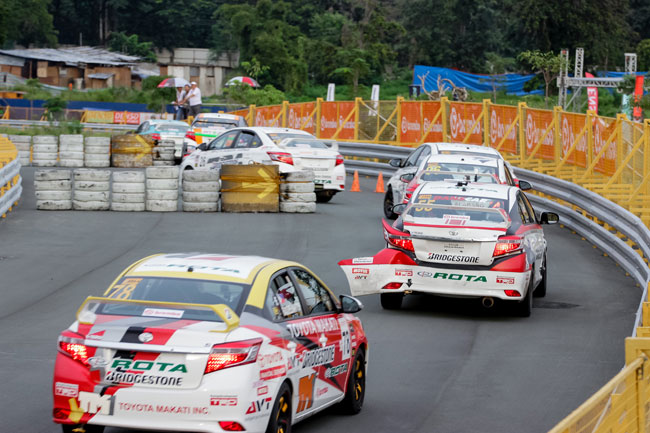 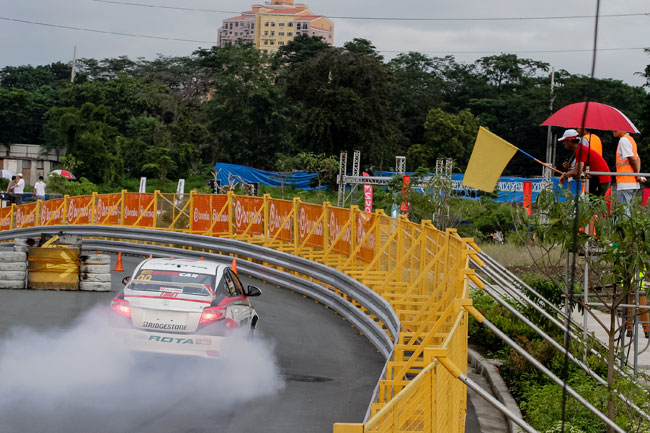 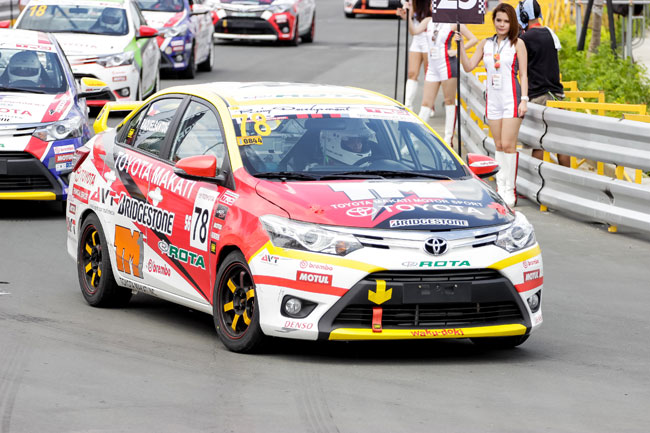 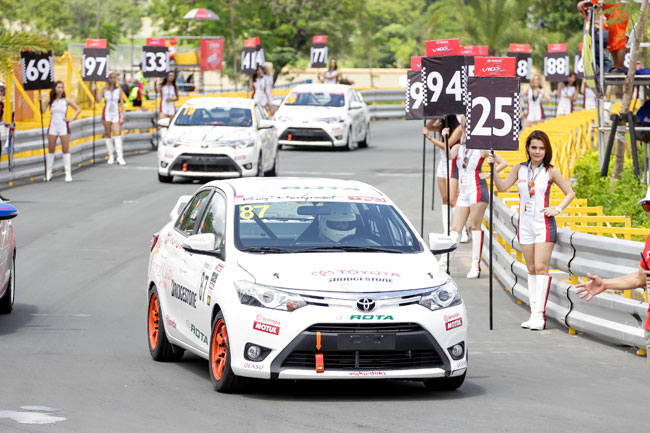 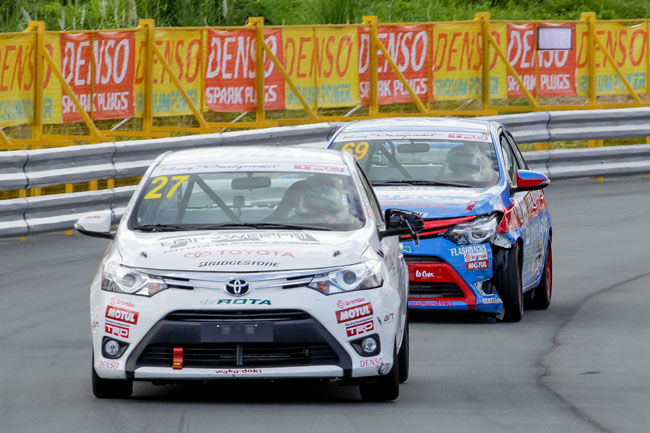 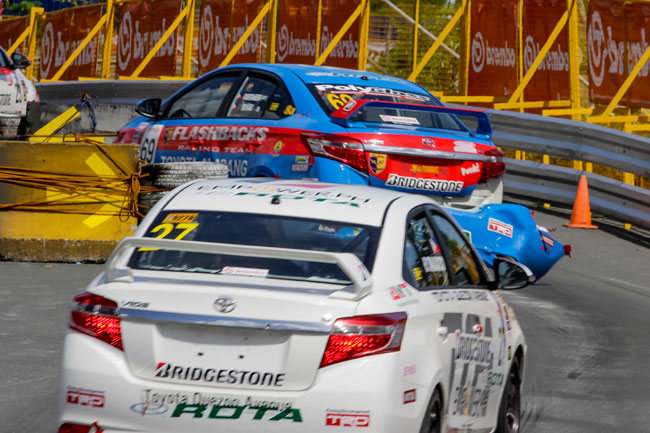 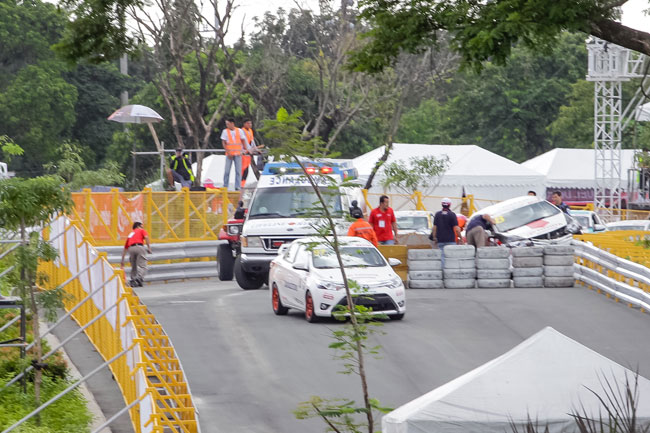 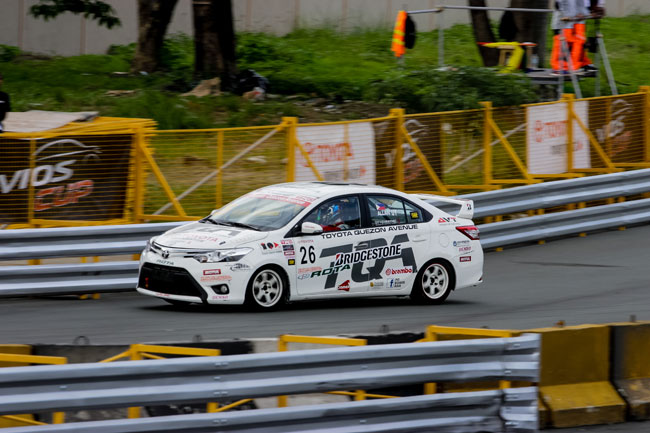 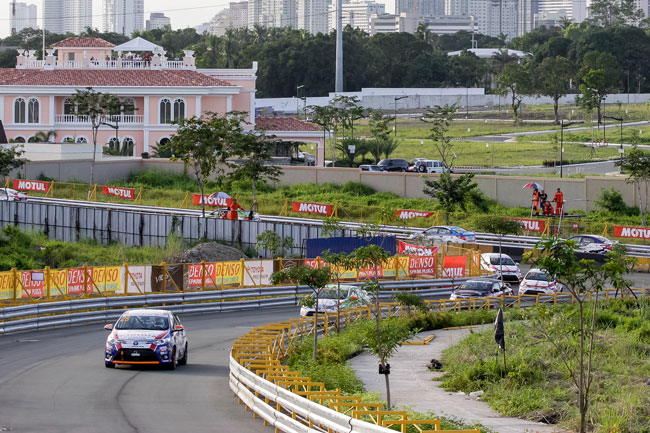 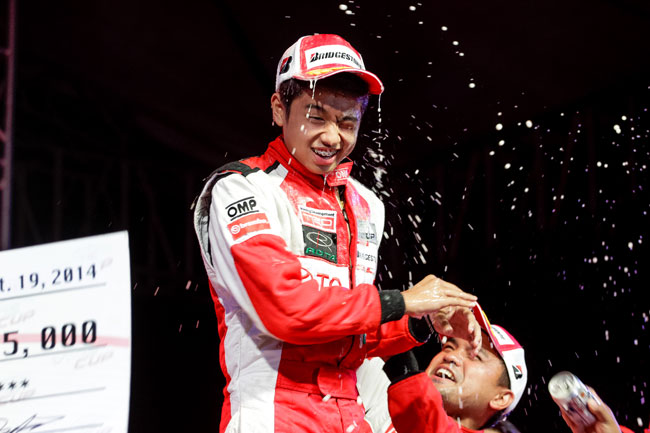 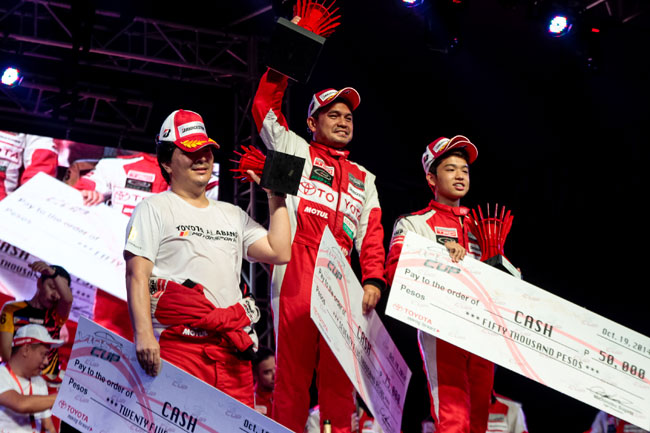 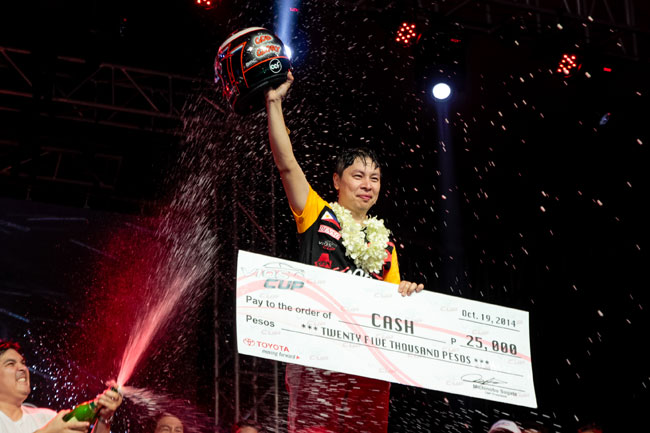 DPWH begins road maintenance activities as All Saints' Day nears
View other articles about:
Read the Story →
This article originally appeared on Topgear.com. Minor edits have been made by the TopGear.com.ph editors.
Share:
Retake this Poll
Quiz Results
Share:
Take this Quiz Again
TGP Rating:
/20