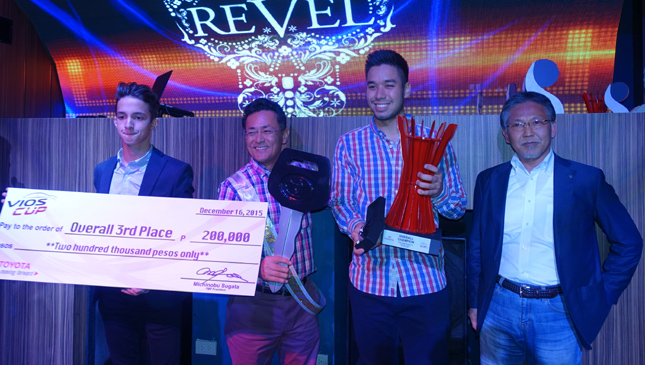 As they say, all good things must come to an end. The 2015 season of the Toyota Vios Cup has officially wound down to a close. Drivers from all three racing classes--sporting, promotional and celebrity--convened at the Revel At The Palace in Bonifacio Global City for the Vios Cup culmination night and final awarding ceremonies. But while there were trophies handed out, the night was mostly about celebrating one hell of a ride.

For the Sporting Class, Andres Calma took first-place bragging rights, as well as a brand-new Vios 1.5G MT, after finishing the season with a combined total of 182 points. His strong performance in the Cebu leg allowed him to best second-placer Allan Uy, who finished with a total of 153 points. Daniel Miranda rounded out the top three with 136 points.

The Promotional Class, meanwhile, ended up being more of a nail-biter: The top three drivers were separated by less than 20 points each. Miguel Diaz managed to grab the top spot after an 80-point performance in Leg 3 of the series; he finished the season with a total of 140 points. Paolo Rodriguez and Lord Seno were in second and third with 136 and 122 points, respectively.

Last but definitely not least, Sam YG left the rest of the competition in the dust in the Celebrity Class, followed by Phoemela Baranda in second place. They finished with 226 and 207 points, respectively. Jinno Rufino placed third, ending the season with a total of 164 points.

A total of 63 racers participated in the Vios Cup this year, which featured movie actors, politicians and everything in between. A full listing of the season results can be found below.

But our favorite bit from the event was outgoing Toyota Motor Philippines president Michinobu Sugata's emotional announcement that the one-make race series will be returning next year. In his speech, Sugata said that Vios Cup--or his "baby," as he called it--will be bigger, better and more exciting in 2016. We're looking forward to it already. 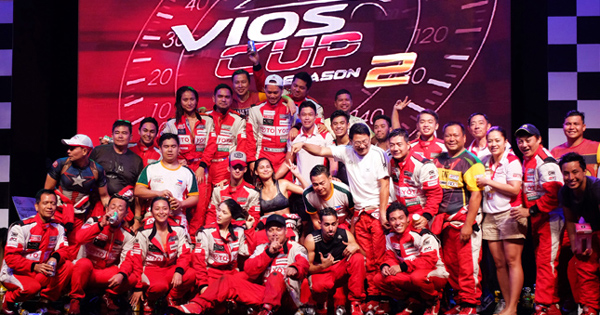 2015 Vios Cup Leg 4 report: The photos from the race
View other articles about:
Read the Story →
This article originally appeared on Topgear.com. Minor edits have been made by the TopGear.com.ph editors.
Share:
Retake this Poll
Quiz Results
Share:
Take this Quiz Again
TGP Rating:
/20