Lewis Hamilton is about to hit 300 races in Formula 1

What are your favorite moments from his career?
by Joe Holding | Jul 23, 2022

Lewis Hamilton is set to make his 300th Formula 1 start at the French Grand Prix this weekend, more than 15 years after he made his debut with McLaren in Australia in 2007.

And in that time he’s become the most successful driver in F1’s history, amassing seven world titles, 103 race victories, 186 podiums and 103 pole positions. Those are some quite incredible records.

Stats only tell you so much though. Which got us thinking: what have Lewis’s best moments been in his decade-and-a-half in F1?

There was that incredible victory at Silverstone in 2008 when he crushed the field with a masterclass of wet-weather driving to win by more than a minute, lapping everyone except the two other podium finishers. Or later that year, winning his first world title on the very last lap of the season? Three words: ‘Is that Glock?!’

Everyone remembers that epic scrap with Nico Rosberg in Bahrain in 2014. Then you’ve got that sensational (and virtually perfect) Singapore pole lap from out of the blue in 2018. A few weeks earlier, victory at the German Grand Prix from 14th on the grid. And taking the checkered flag at Monza after forcing the faster Ferraris into mistakes.

Heck, what about that time he won the British Grand Prix a couple of years ago, completing the final lap on literally three wheels? The list is endless.

Hamilton was asked to name his own standout moment earlier this week. His response? “I think it's difficult to say. Your first grand prix is always going to be one, and the first win. I would say probably those two. Just because the whole realization of reaching your dream is a very, very surreal experience.

“And so just getting to the first grand prix in 2007… the amount of sleepless nights as a family that all of us had had, not knowing whether or not we would actually reach our goal, reach our dream, but never giving up nonetheless. I think that's probably going to be the real highlight.”

And his toughest competitor in that time? “I remember the task of being alongside Fernando when I was 22. I was so young mentally, and it's a lot of pressure to go against a great like him. So out of pure pace, I always say it's Fernando.”

Interesting. So come on then, what’s your standout Lewis moment from 300 grands prix? Answers on a postcard, please. Or just use the comments section. Actually yeah, that’ll be easier. 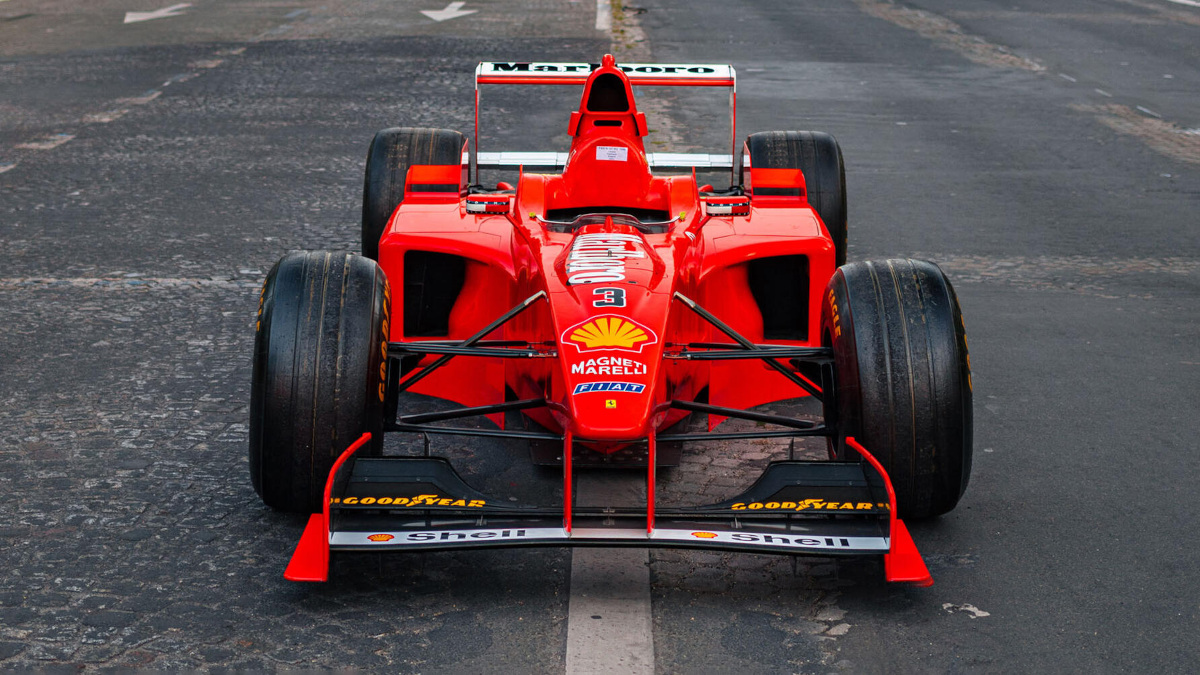 Michael Schumacher’s 1998 Ferrari F300 is going up for auction
View other articles about:
Recommended Videos
Read the Story →
This article originally appeared on Topgear.com. Minor edits have been made by the TopGear.com.ph editors.
Share:
Retake this Poll
Quiz Results
Share:
Take this Quiz Again
TGP Rating:
/20