If this is the future of tires, you will never have to worry about flats 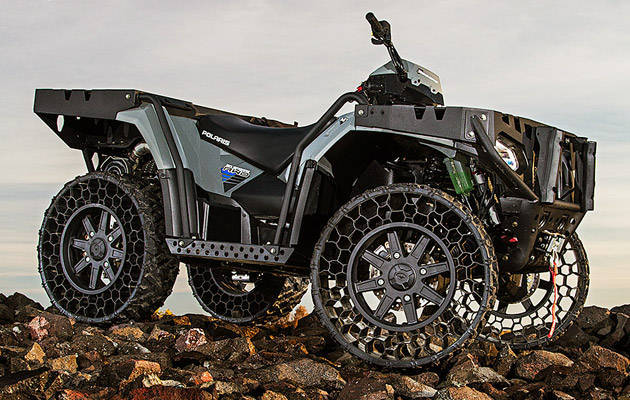 This is the newly launched Polaris Sportsman WV850 HO, a kick-ass all-terrain vehicle made by an American company that specializes in ATVs, snowmobiles and motorcycles. It is powered by a 77hp, 850cc four-stroke SOHC twin-cylinder engine mated to a fully automatic single-speed transmission. This all-wheel-drive mover boasts electronic power steering, engine braking system and active descent control. It also has a 680kg towing capacity, a 386kg payload capacity, and a 3,000lb Warn winch.

In other words, a really awesome ATV. Its macho Avalanche Gray paint job makes it even more so.

But what we're really interested in are its 26-inch non-pneumatic tires that have the so-called TerrainArmor technology. Apparently, this tire technology was originally developed for the US military, and that the tests it supposedly underwent included full-combat loads, .50 caliber ballistic damage, M4 ballistic damage, AK47 ballistic damage, and railroad spike penetration. All that, we suppose, is just a fancy way of saying you won't suffer any flats with these tires.

According to Polaris, besides not having to worry about dealing with punctured rubber, you will benefit from TerrainArmor tires' better center of gravity and improved cornering ("due to less pushing").

This, now, is our question: Assuming all the claims are true and these tires eventually make it to regular passenger vehicles, would you want to be rocking them? Don't you find them weird-looking, or do you think the appearance is something that will grow on you? 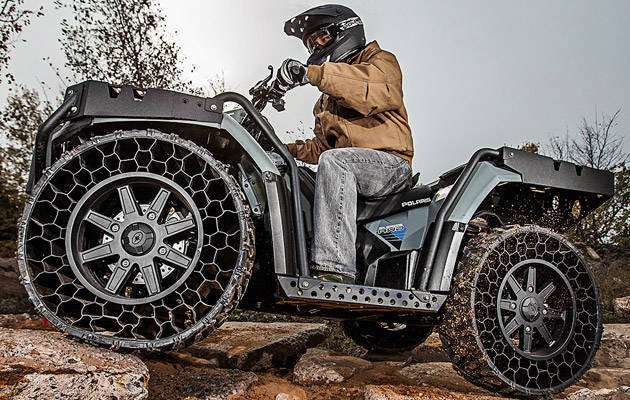 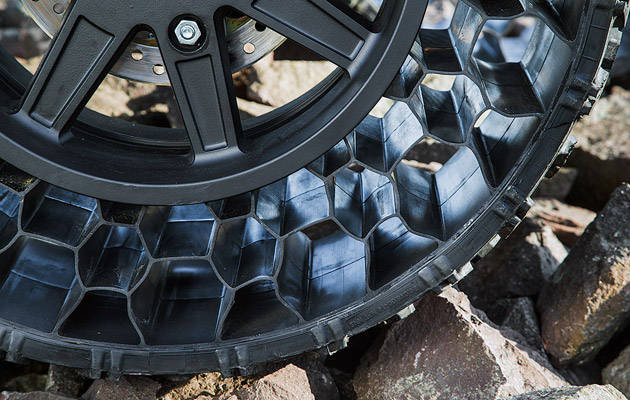