Check out available parts and prices
by Vernon B. Sarne | Jun 15, 2012
CAR BRANDS IN THIS ARTICLE 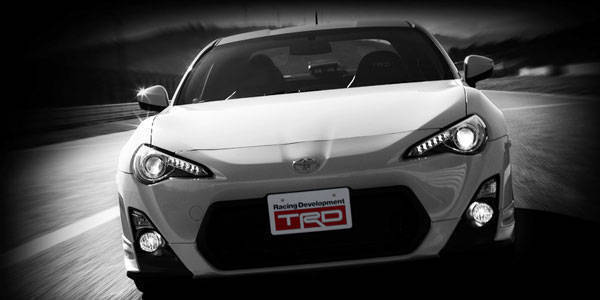 The biggest news in the local auto industry is the scheduled arrival of the Toyota 86 compact sports coupe. On Monday, the car will be officially presented to the media. We already know that there are three variants to be launched by Toyota Motor Philippines: the 86 2.0 AT Aero, the 86 2.0 AT Standard and the 86 2.0 MT Standard. We also already know that the top-of-the-line Aero variant will come with bodykit and other extra features that the standard variants won't have.

Some of you commended the upgrades found on the Aero variant, but there are also those who find the package a little short on the oomph and wonder whether TMP is eventually offering a TRD package for the 86. Well, good news: Toyota will indeed bring in TRD parts for the 86, to be officially unveiled shortly after the car's introduction.

Today, TopGear.com.ph received the full list of TRD parts and accessories to be made available for the 86 as well as their prices. This is a pretty comprehensive array of goodies. The only parts missing for now are the shift knobs for the AT and MT versions, although we do believe they're on their way soon.

Below is the list of TRD parts and accessories for the 86, as well as the pricing.

Now that you know the complete TRD offerings for the 86, you can make a wiser decision as to which variant to buy. Have fun accessorizing!