A fashionable four-wheel statement
by Andy Leuterio | Aug 4, 2015
CAR BRANDS IN THIS ARTICLE 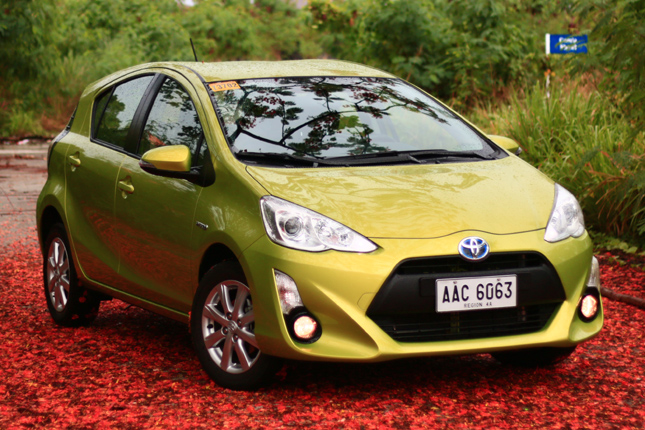 This sounds ironic, but how much are you willing to spend in order to save money? Fuel efficiency is a popular selling point these days, with industry stalwarts like Mitsubishi and Isuzu demonstrating how ridiculously far you can go on a single tank of fuel. After living with the Toyota Prius C for a week, I really have to ask the question, and you probably will, too, because truthfully, your FC figures won't totally blow the doors off much else in the market--not if you drive like I do, at least.

I got 17km/L in mixed city/highway driving. That's nearly the same city figure my brother gets with his Mirage. The Prius C starts at P1.537 million, or around 2.3 times more than a Mirage or the Prius C's own sibling, the Wigo. I am willing to bet that serial hypermilers can double my figure, because I'm the guy who never wins those media fuel economy contests. That said, I'm still thriftier than some people I know, particularly my Leadfoot Wife or the Hotshoe Family Driver.

The Mirage, the Wigo and other tiny cars make a lot of sense if you're mostly stuck in traffic and just need a shoebox-sized engine to putt-putt along on the least amount of fuel. In fact, I know someone who owns both a Camry and a Wigo, and she prefers the latter for the daily grind. It has just the basic creature comforts compared to the Camry, but she's happy to forgo those luxuries in order to stretch her fuel budget.

So here we have the Prius C, the smaller of Toyota's two hybrids, priced like an 86 and sharing quite a few parts with the Yaris. It gets by with a "Hybrid Synergy Drive" petrol engine-electric motor combo that's good for a combined 98hp. This fully automatic system fascinates with an animated schematic on the dashboard that continuously illustrates how power is flowing between the ICE, the electric motor and the battery. There's even a "scoring" system to give you a grade based on how fuel-efficient you are.

Unfortunately for Toyota's PR crew, the very same enthusiasm that made me love the #dontgiveadamn FJ Cruiser, the #wonderfullyretro 86, or even the #richdaddy Camry could only net me an average net score of 70/100 on the Prius C econo-scale.

See, the only time I was really babying the throttle was in traffic, where it was fascinating to see how far or how long I could creep in full Electric Vehicle mode before the system had to run the ICE again. On the highway though, the car's noticeable lack of muscle had me flooring the accelerator just to quickly merge or to overtake. Even with the cruise control set at 100kph (hey, I like to live dangerously), the drivetrain occasionally has to gun the engine on moderately steep gradients or in a stiff headwind. Full disclosure: There is still an Eco button that really maxes out the car's thrifty mode for serial masochists hypermilers. I turned off that button any time I needed some speed pronto, and let me tell you it felt like sneaking a smoke in the backyard back when I was 13 years old.

Personally, I could see a noticeable uptick in my eco-score by cruising at an insane speed of 80kph, but watching everyone but your mother zip past you in the fast lane can get depressing--so maybe I'm the wrong kind of person for this kind of car.

According to Wikipedia, the US Environmental Protection Agency tested the Prius C at 50 miles per gallon or 4.7L/100km in combined city/highway test cycles. It's also certified as a Super Ultra Low Emissions Vehicle. If reducing your carbon footprint is a high priority for you, then the Prius C is already ticking the right boxes.

If you're a good boy, and in good weather, you can theoretically max out the battery charge by taking advantage of the vehicle's regenerative braking and by switching off the A/C to lessen the engine load. In low-speed traffic, you could have enough juice to putter along in full-electric mode for a few minutes or miles, making this a boon to city dwellers that just hate the thought of filling up the tank. After all, it's not like Toyota made it a traditional driver's car.

The steering is over-boosted, the suspension is soft, and the car just runs out of zest well before a cheaper, humbler Vios ever will. Should you ever dare to linger too long in the "fun zone" (that would be the red "PWR" zone on the instrument panel), your eco-score drops so low it's like the car is giving you a scolding. On my best behavior, I was (briefly) able to nudge the car to a "current" FC of 30km/L. Score? It was 90/100. It's basically an econobox that's priced like an 86--just its polar opposite in nearly everything else.

Then my mother saw the car. And my brother. And a couple other friends. Guess what? They all begged to get inside. They loved the apple-green color, which I personally found to induce road-bullying among other motorists. They asked about the price and remarked how nice it would be to have such a frugal, environment-friendly, politically responsible vehicle that--ahem--stands out from the riffraff. All the women just loved its arrowhead profile, a futuristic look that seems to have wandered out of a Star Trek set.

It was also around this time that I finally saw the vehicle's merits. It's not so much a paragon of ultimate thriftiness as it is a vehicular statement. Here is a car designed for the upper class, the type who regularly do their groceries at Healthy Options, send their kids to international schools, are willing to pay more for organic or free-range food, invest in solar panels for the home, and generally don't mind paying more for a higher-quality lifestyle. Where minimalism is the future, free of traditional encumbrances like heavy tech toys or fossil fuels.

They will see the heavily recycled materials inside the Prius C and marvel at the wonders of earth-friendly technology, while less sophisticated folks like myself will continually lament the paucity of tech toys for the price. They will see the synergy drive as a game to see how far they can go on a full battery charge without tripping the engine, while I will yell in frustration as yet another FX driver cuts in front of my girly-green hatchback.

By my paper-napkin computations (and arithmetic has never been my strong suit), it will take me at least seven to eight years to "break even" on the price premium over my current daily driver, which cost half as much brand-new and which consistently nets me an average of 8.5km/L in mostly city driving. That's not counting maintenance expenses, although a friend who does own a Prius is quite happy with his car's low maintenance costs.

A Prius C ultimately isn't about saving the most pennies on transportation. Rather, it's about having a fashionable four-wheel statement that supports the green lifestyle, while commanding a premium for such an advocacy. 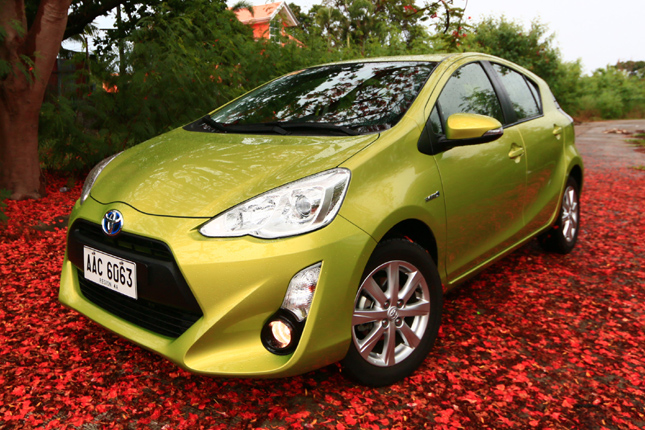 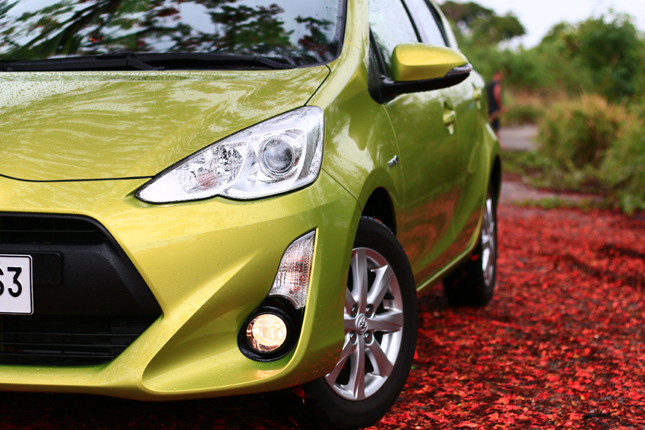 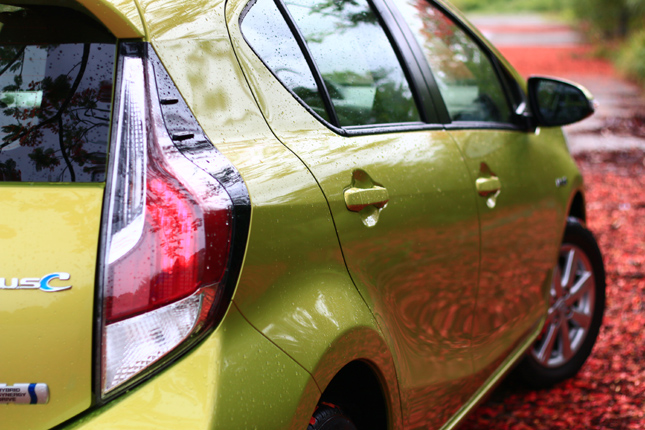 If I want to lower my ride, do I go for lowering springs or coilovers?
View other articles about:
Read the Story →
This article originally appeared on Topgear.com. Minor edits have been made by the TopGear.com.ph editors.
Share:
Retake this Poll
Quiz Results
Share:
Take this Quiz Again
TGP Rating:
/20