And it mostly succeeds
by TopGear.com | Aug 2, 2020
CAR BRANDS IN THIS ARTICLE 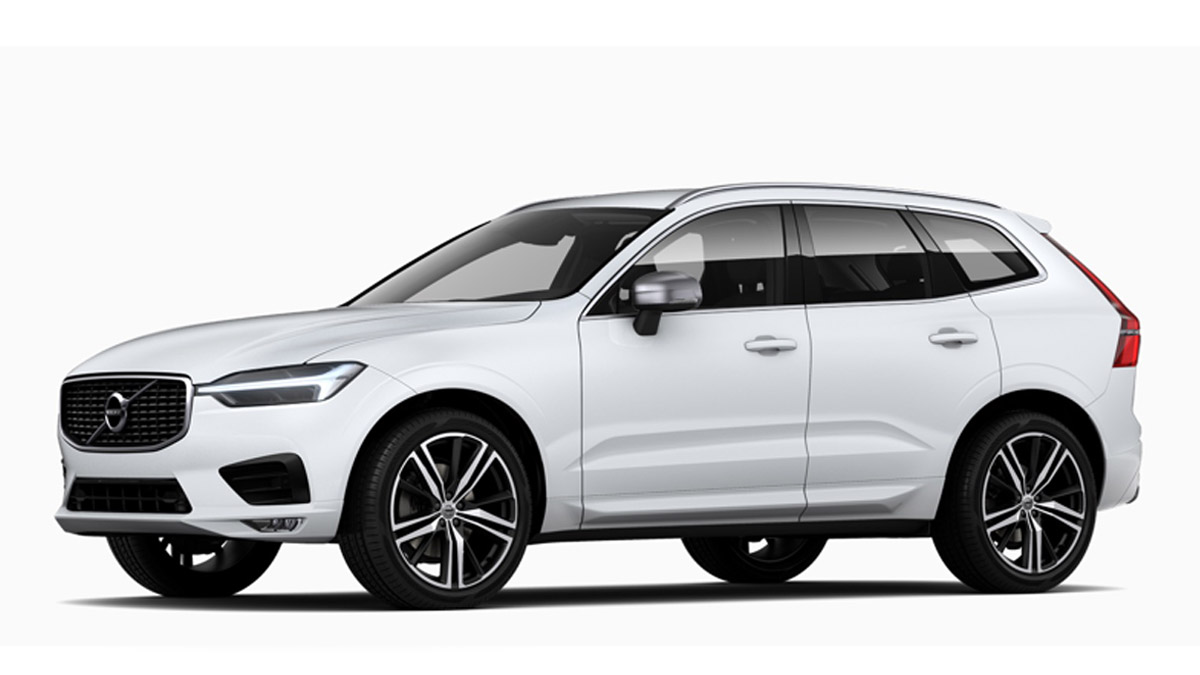 The Volvo XC60 sits right at the heart of the big-selling midsize crossover crowd. It’s handsome and luxurious, and it wraps you in a safety blanket as comprehensive as the Swedish welfare state.

It’s not distracted by off-road ambitions. Neither is it wearing the pretense of track-lapping athleticism. So, it’s not hampered by the heavy and cumbersome hardware of the former, or the harsh inflexibility of the latter. This middle-of-the-road approach of course lands it some stern rivals: The Mercedes-Benz GLC, the Audi Q5, and the BMW X3 are all right there and implacably competent. But the Volvo feels very different inside. Its decor is as Skandi as a Stockholm boutique hotel bar.

The generation-two XC60 has a lot of momentum behind it. The old one wasn’t only Volvo’s best-selling car, it was also the best-selling vehicle of that type in Europe. Its suspension manners might have been pretty rough-and-ready, but even that wasn’t enough to hold the old car back.

This one, which was launched in 2017, gives Volvo a chance to exploit the old buyers’ loyalty while fixing the faults. That means better suspension. It also brings more tech and even more safety features. The platform, powertrains, suspension, seats, and interior operating system are unashamedly the same as those of other modern Volvos. In short, the new XC60 is the XC90 reduced. Reduced but not diminished. For the loss of the XC90’s third row of seats, it gains a handier-sized outline and a little extra agility.

The range is all 2.0-liter engines running on both gasoline and diesel, mostly with some form of electrical assistance (mild- and plug-in hybrid, but no full-electric version) and all-wheel drive (though you can get straight front-wheel-drive diesels, too). On the safety front, the XC60 runs as many helping-hand systems as any other Volvo. Which means, to a reasonable approximation, any other car on the planet. 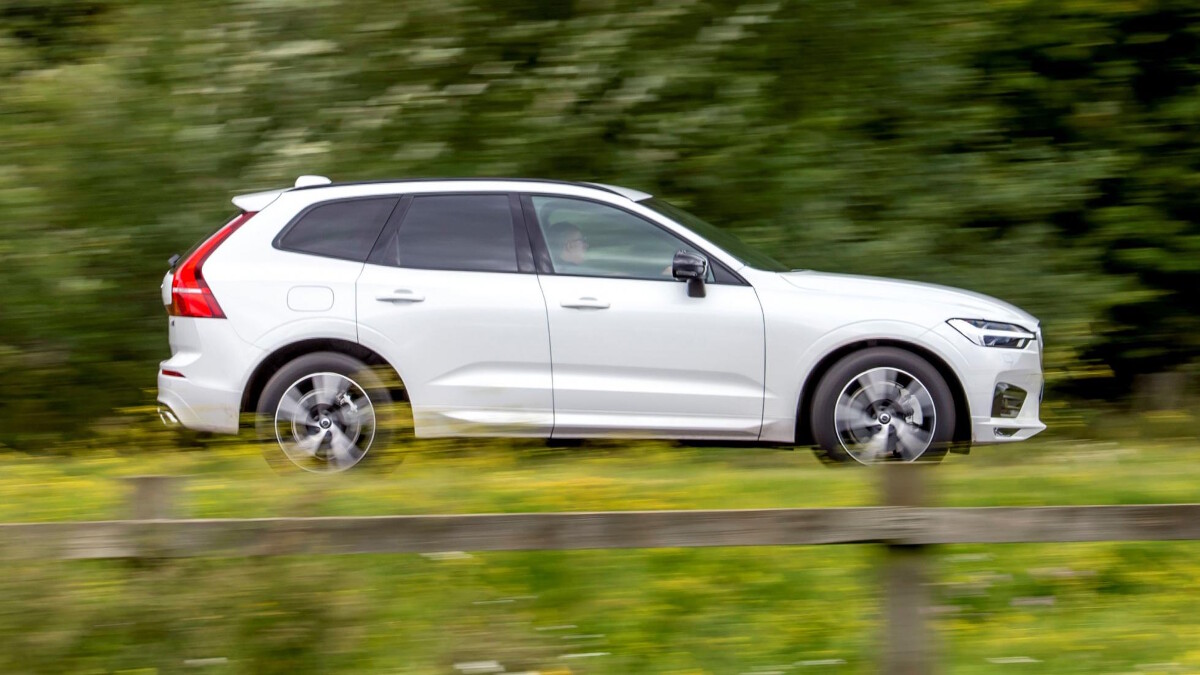 The XC60 uses the suspension from the 90-series cars, so, mostly it feels very similar. The wheelbase is shortened and the track is narrowed—by the simple means of different hubs and wheel offsets. From the driver’s seat, it’s an asset to have something less bulky when you’re threading down city streets or narrow lanes.

You can identify the mild hybrids from the ‘B’ badge in the back. The number that follows relates to power—the bigger the number, the better. There’s the B4 diesel, then gasoline and diesel versions of the B5 and a gasoline B6. The XC60 Recharge is a plug-in hybrid with around 48km of electric range.

Performance from the 232hp mild-hybrid B5 diesel engine we tried is well up to the job, making 100kph in 7.1 sec. It’s pretty quiet, too, though like most four-cylinder diesels it’s a bit grumbly when cold. For most, this engine is a better option than the plug-in hybrid, with is pricier to begin with and only more economical if you have somewhere to plug it in.

Meanwhile, the standard eight-speed automatic gearbox is fine for cruising, but it’s easy to catch it napping if you need a sudden burst of acceleration. Things are better if you override the box, but most models don’t have paddles, so you have to use the lever and its weird side-to-side action.

Driver engagement isn’t the prime mission of the suspension. Instead, you guide it through bends and it answers with an unruffled decorum. The Volvo engineers must be getting more practiced at tuning these components, because most behaviors are subtly improved versus the XC90.

The car we tested had optional air suspension with active damping. It’s a success: Switching from comfort to dynamic mode subtly makes things tauter and lessens tight-bend understeer. But both modes are comfortable while quelling the wheel hop and body float that sometimes sully the XC90.

Other suspension options are a passive one (steel springs at the front and composite plastic at the rear), and a lower, stiffer passive setup for the R Design versions. Safety systems include steering support if it sees an obstacle ahead and you begin to swerve rather than stop. It’ll help you pull the wheel, and use one-sided braking to keep the car pointing forwards.

That’s in addition to systems that help the car steer away from running off the road, or into the path of oncoming traffic, or into crossing junction traffic. And remember, all Volvos are limited to 180kph nowadays because safety. 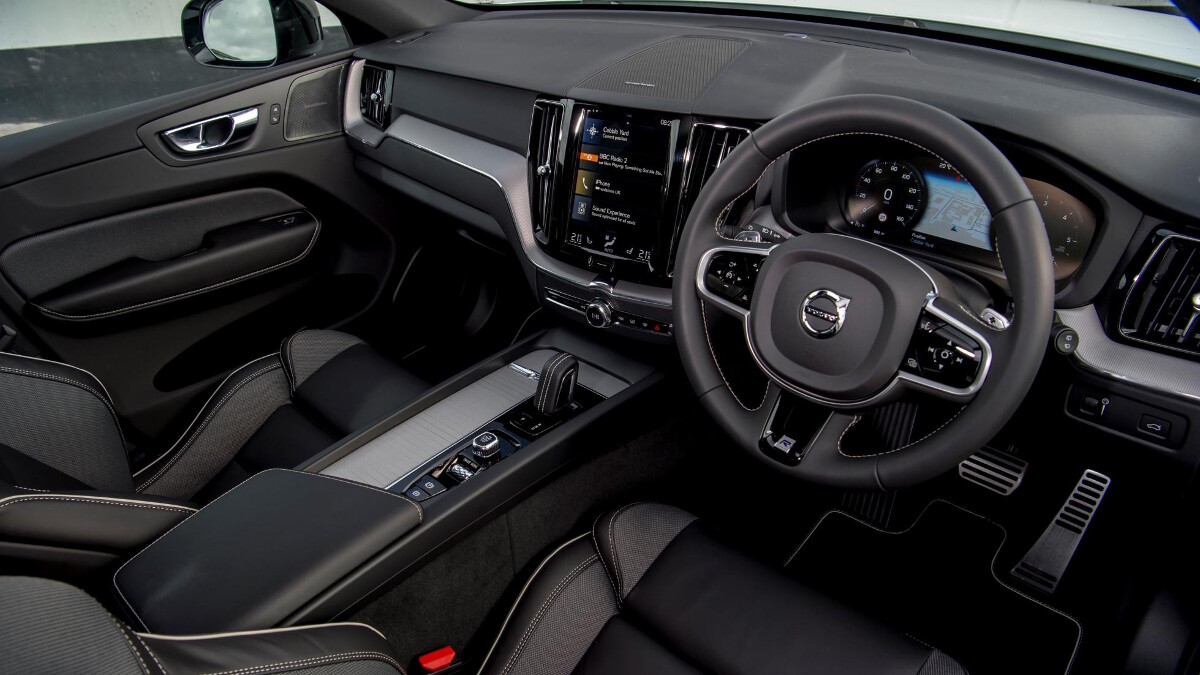 Matte wood and soft, light colors set a Scandinavian atmosphere and position Volvo as different. It’s a cocoon, calm as a morning’s fishing in some Nordic pine forest. But everyone buys black leather and brushed aluminum, same as they do with BMWs and Audis, so those are available, too.

Sitting high in an extraordinarily supportive seat, you gaze at a simple dash, centered on a vast upright touchscreen. That screen has high resolution and good response. The nav system has connected hi-res traffic as standard, or you can use neatly integrated CarPlay.

The screen also carries a huge range of options and controls. Annoyingly, some you might use often are buried two or three layers down the menus. Altering treble or bass is four finger jabs away. Similar story with some climate controls, which also reside on the screen. As always, we’d prefer physical controls for changing often-used settings.

The back seat isn’t too second-class, thanks to a well-shaped bench and good space for head and knees. The cargo area is deep enough for the outdoorsy kit that features in the lush photography of any big-SUV brochure. The plug-in hybrid loses 15 liters versus the standard car, but that’s not the end of the world. 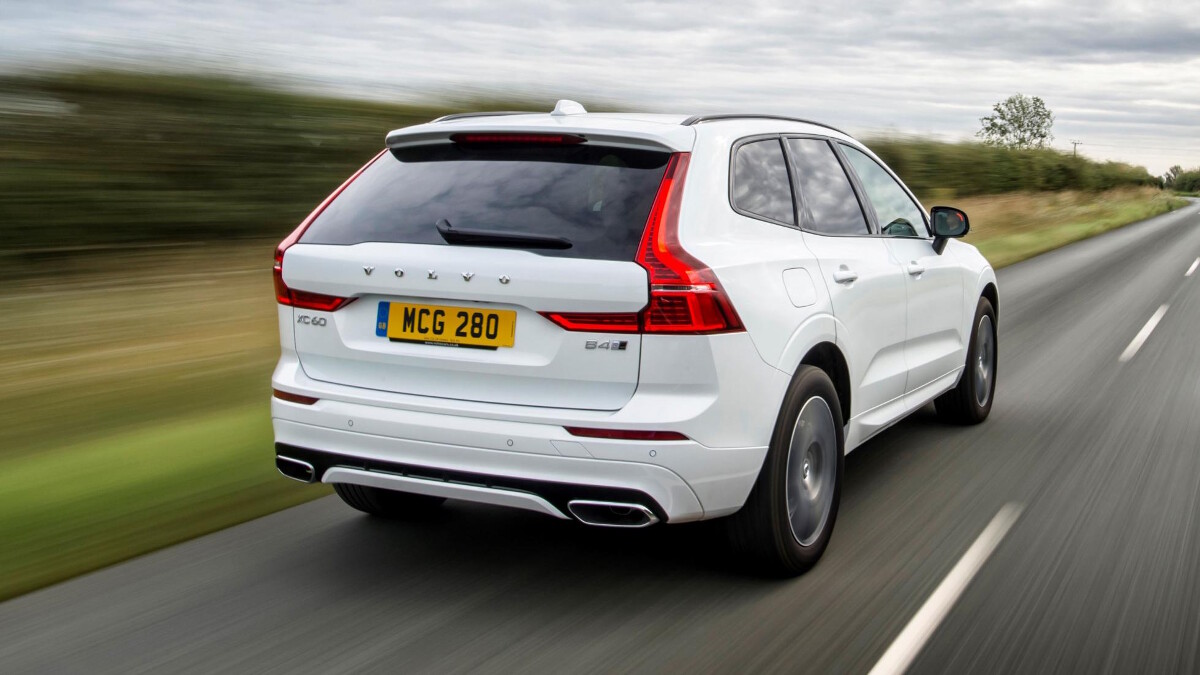 We’re fans of modern Volvos, and the XC60 is no exception. It’s most of the good bits from the bigger 90-series cars and SUVs, distilled into a smaller package. Relaxing to be in thanks to the superb, calming cabin (get it in a bright color, you won’t regret it—unless you have kids), and mostly relaxing to drive. Does things differently to the equivalent BMW, Mercedes-Benz, and Audi, and good though those cars are, is all the better for it. Definitely worth looking at. 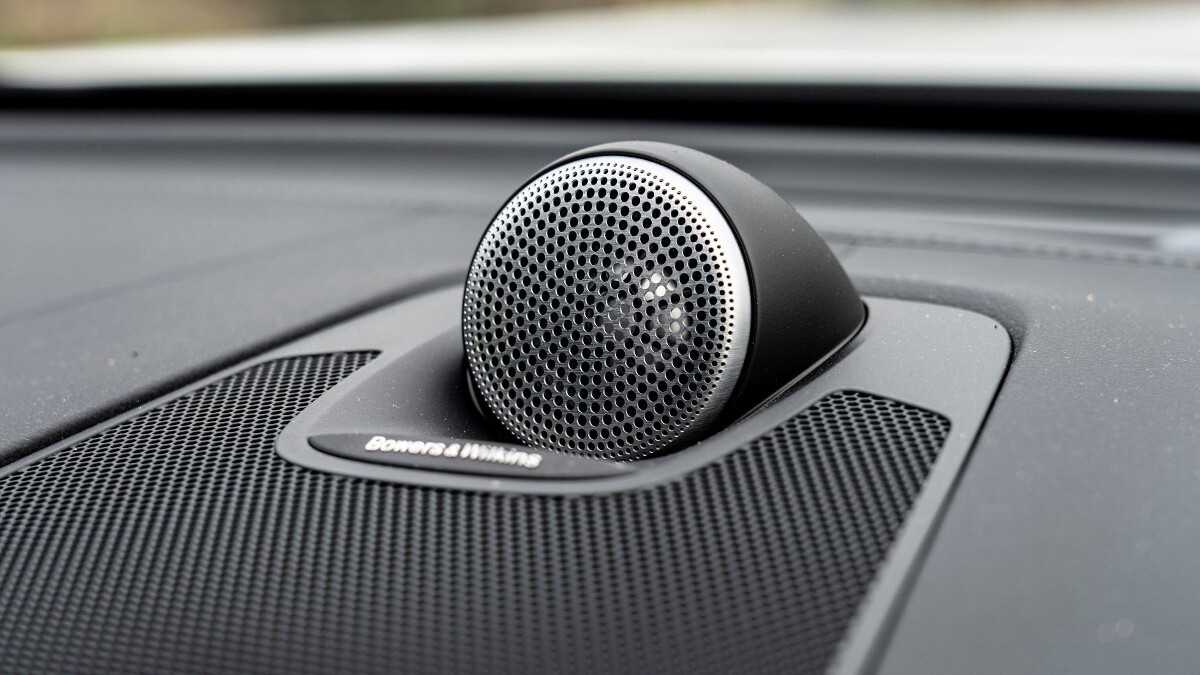 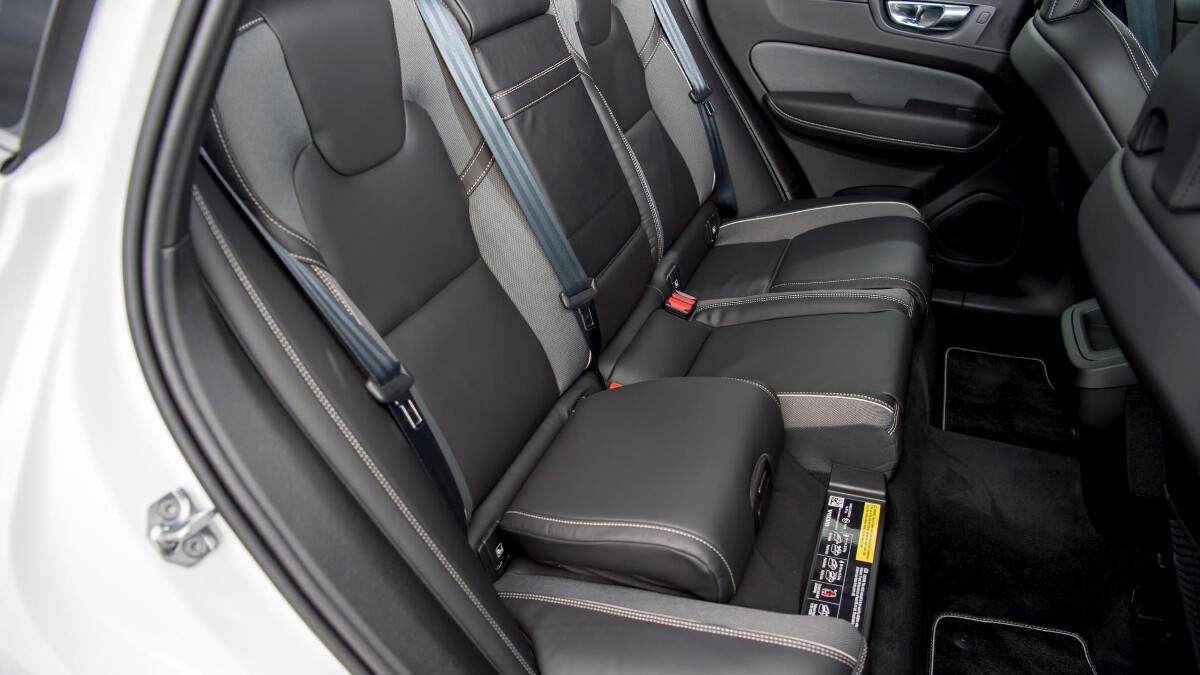 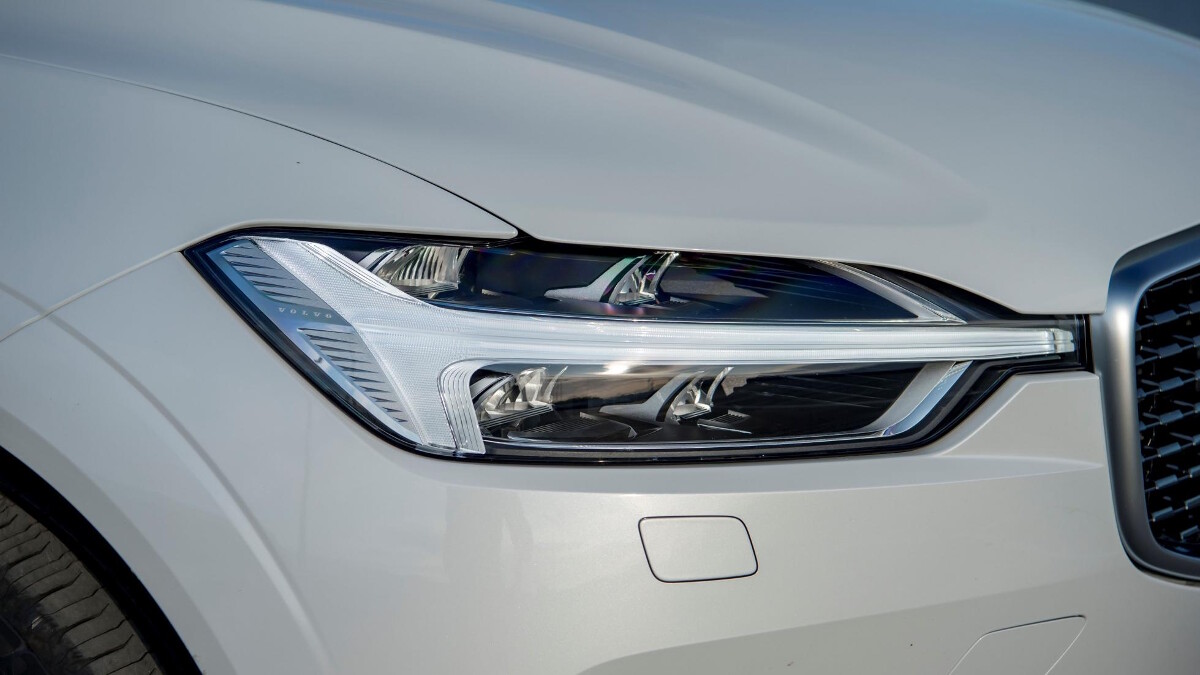 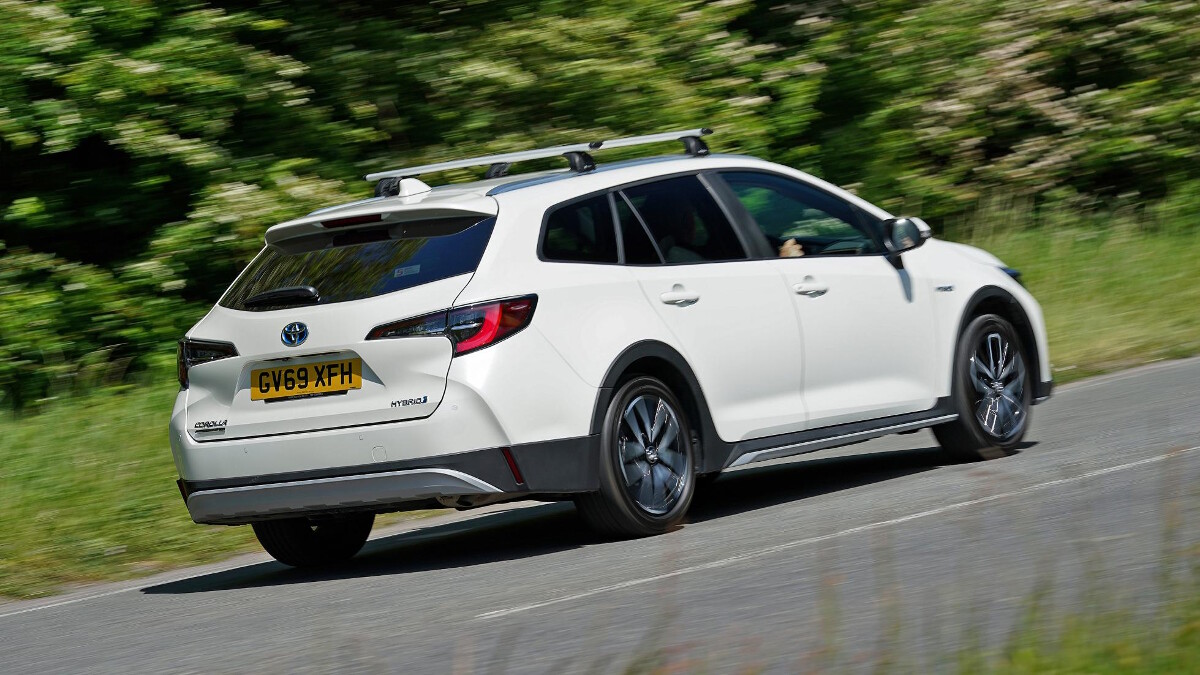 If it were available here, would the Toyota Corolla Trek be worth buying?
View other articles about:
Read the Story →
This article originally appeared on Topgear.com. Minor edits have been made by the TopGear.com.ph editors.
Share:
Retake this Poll
Quiz Results
Share:
Take this Quiz Again
TGP Rating:
/20