I thought BMW already made a 1-Series hot hatch called the M135i?

The story goes that BMW’s engineers wondered if an M135i with a bit less power, 80kg less weight, and front-wheel drive would be any good. So, they cracked out the spanners.
This was a risk, clearly. The mere mention of front-wheel drive used to bring BMW out in an itchy allergic rash, but here we are. The marketing department liked the idea of a hot 1-Series pitched lower down the price ladder, ready to pinch sales from the new VW Golf GTI Mk8, and give the likes of the Hyundai i30N and the Ford Focus ST a posh-badged headache. 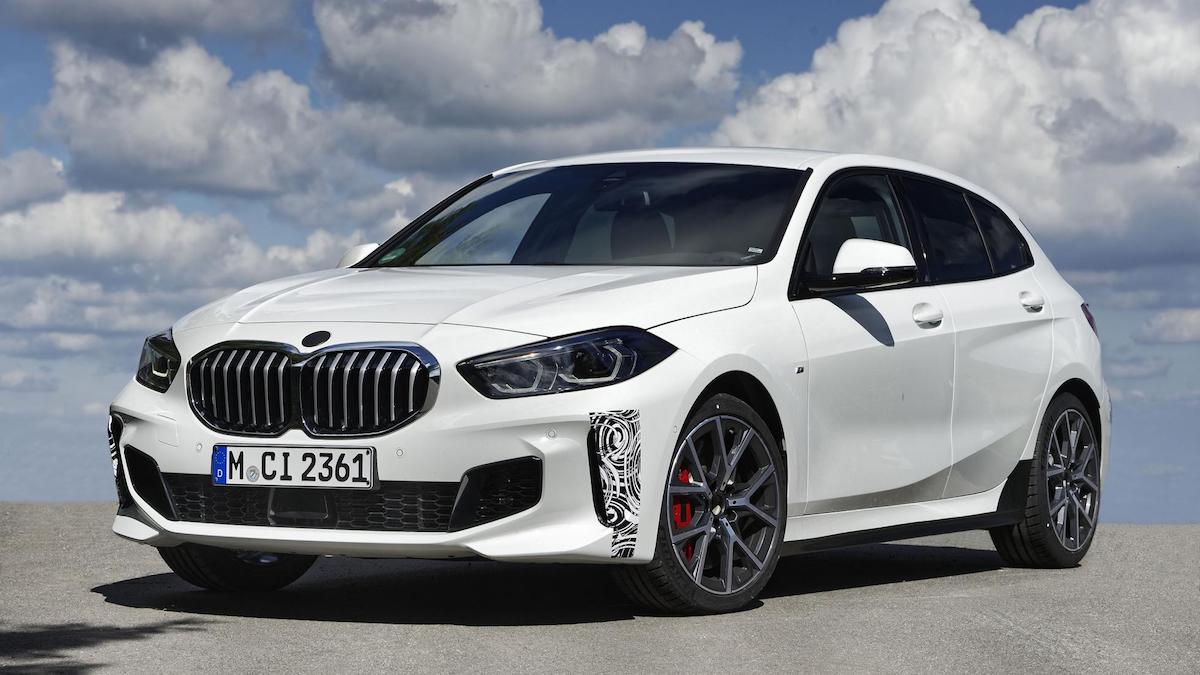 Cynically, you might wonder if, in fact, that all happened the other way around. The suits demanded a cheaper hot hatch to fill a void, and the engineers duly obliged. But BMW’s testing team insists the 128ti is their baby, not a spreadsheet’s. And we’ve been to Germany for a drive in a 95% finished ‘prototype.’

Well, it’s just an M Sport-kitted 1-Series, isn’t it? You’ll see more, ahem, colorful changes apparent when the wraps fully come off in a couple of weeks. The ‘ti’ badge stands for a not-very-German-sounding ‘Turizmo Internazionale.’ It’s a nod to the old 2002ti of the late ’60s.

Will the lack of an ‘M’ badge hurt the 128ti’s appeal? I don’t think so. It looks the part, and plenty of people will just stick on their own fake Ms, anyway.

Pretty standard hot-hatch top trumps here. The 2.0-liter turbocharged four-cylinder engine delivers 261hp and 400Nm to the front wheels. On the way, it passes through an eight-speed automatic and a standard-fit limited-slip differential. BMW quotes (rather conservatively) a sprint from 0-100kph in 6.2 seconds, and a top speed of 250kph. 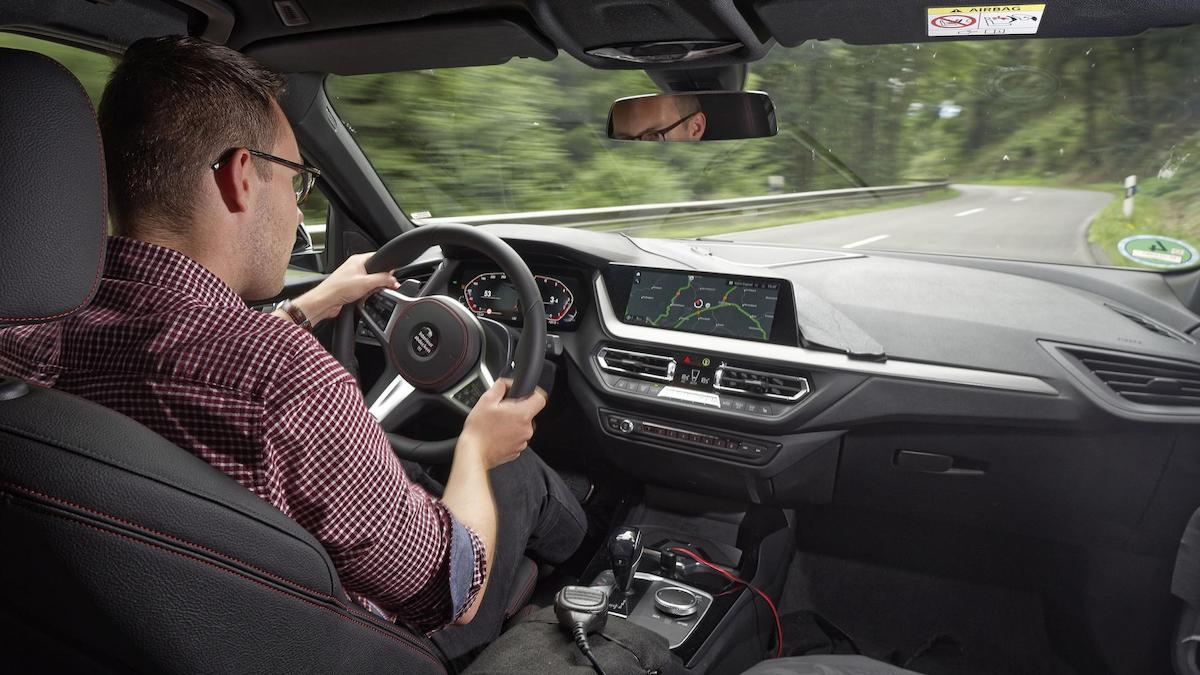 Quick, then, but hardly headline news these days. The price, however, is interesting: BMW thinks this well-appointed car with its automatic gearbox, digital dashboard, and leather seats is set to be yours for £7,000 (P437,000) less than the M135i.

Ugh, why no manual? I thought this was supposed to be back-to-basics.

Partly because the sales charts say so. Apparently, only 8% of M3 and M4 buyers ask for the stick-shift. The old straight-six M135i was more popular with paddles. Automatics rule in fast BMWs. 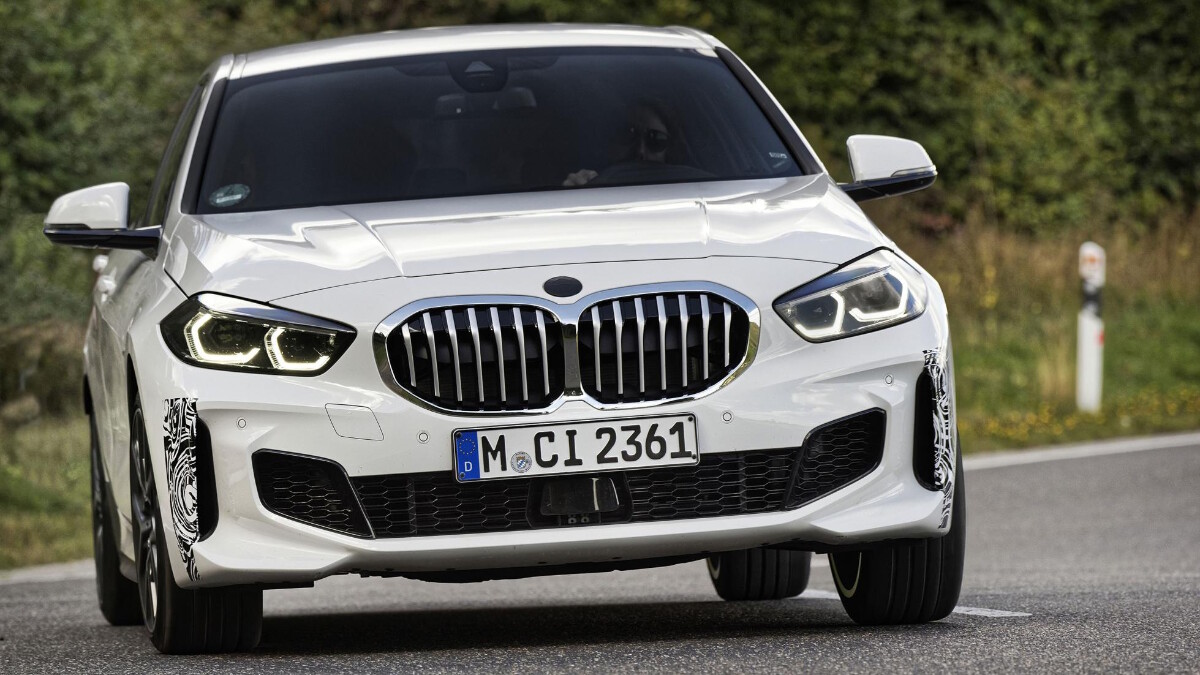 What’s more, the engineers think it’s a better fit for the 128ti, because an eight-speed auto obviously has shorter-stacked gears than a six-speed manual, so the 128ti is nipper out of slow corners and when overtaking than it would be with a longer-geared six-speed.
Meanwhile, the tall eighth gear helps keep CO2 emissions respectable. And emissions are the guillotine currently dangling over the entire hot-hatch crew’s necks.

So is this just a detuned M135i with the rear driveshafts ripped out?

Nope, it’s more than that. I know it looks the same (which is to say, uglier than a Halloween pumpkin three weeks into November), but underneath, the 128ti has had a lot more attention lavished on it than you might expect.

Go on, impress me.

Well, BMW took a stiff hot hatchback and made it worse, so it’s better. The handling bods discovered that, with the ability to shuffle drive to the rear wheels binned, the 128ti was more prone to understeer even on a lifted throttle because of the beefiness of the M135i-spec underbody stiffening beams. 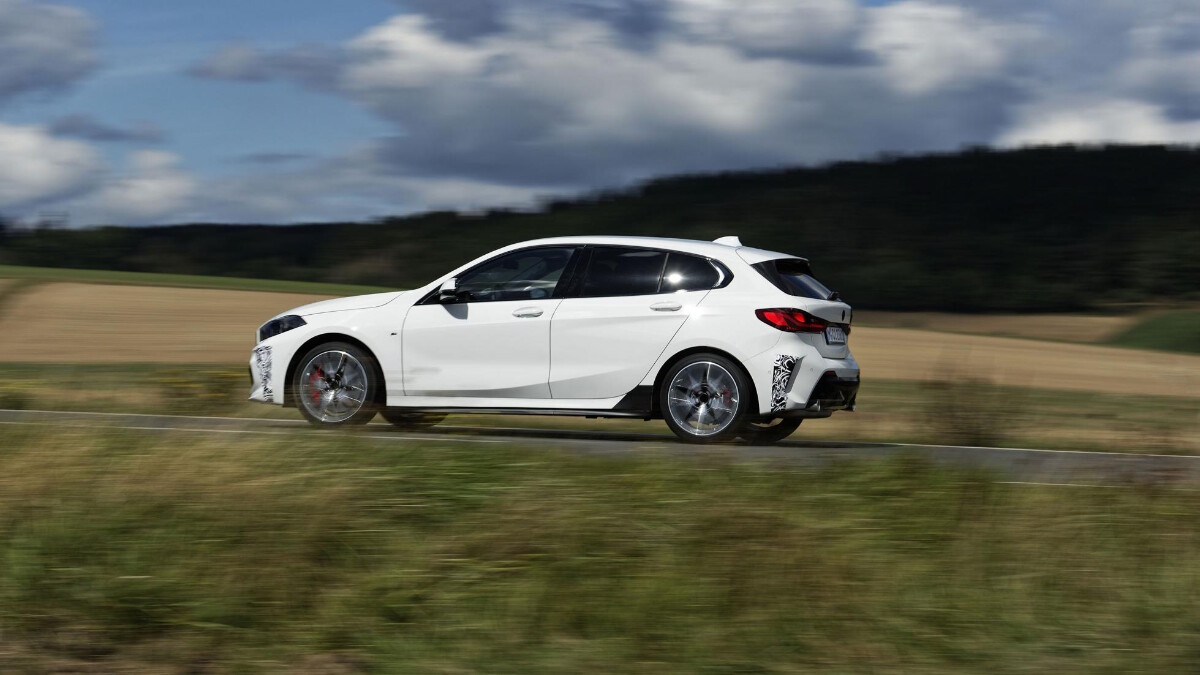 So, they unbolted them, and fitted weaker ones. Result: a body shell that’s still a tad more rigid than that of a standard 1-Series, but also happier to rotate than the M135i. Then they set about the rear suspension, totally redesigning the geometry to take advantage of the driveshaft-ectomy.

Even the ‘Performance Control’ system, which brakes the inside wheels when you chuck it into a bend to help tuck the nose in—similar to McLaren’s brake-steer gadget—has been retuned to make the 128ti feel keener and corner-hungry. So has the front diff. Even the power-steering motor has been tweaked to better resist torque-steer. It’s so effective, BMW is now adding that feature to the M135i.

Right, I understand the spec of the car now, but is it actually any good?

It’s more than ‘any good.’ The 128ti immediately feels more tenacious and pointy than an M135i. The front end has bite. It’s agile on the way into a corner, and thanks to the hardworking diff, it’s seriously tractable on the way out. Crucially, the 128ti feels more up on its toes and game for a laugh than the locked-down, ultra-serious M135i. Yep, the cheaper one is more fun. 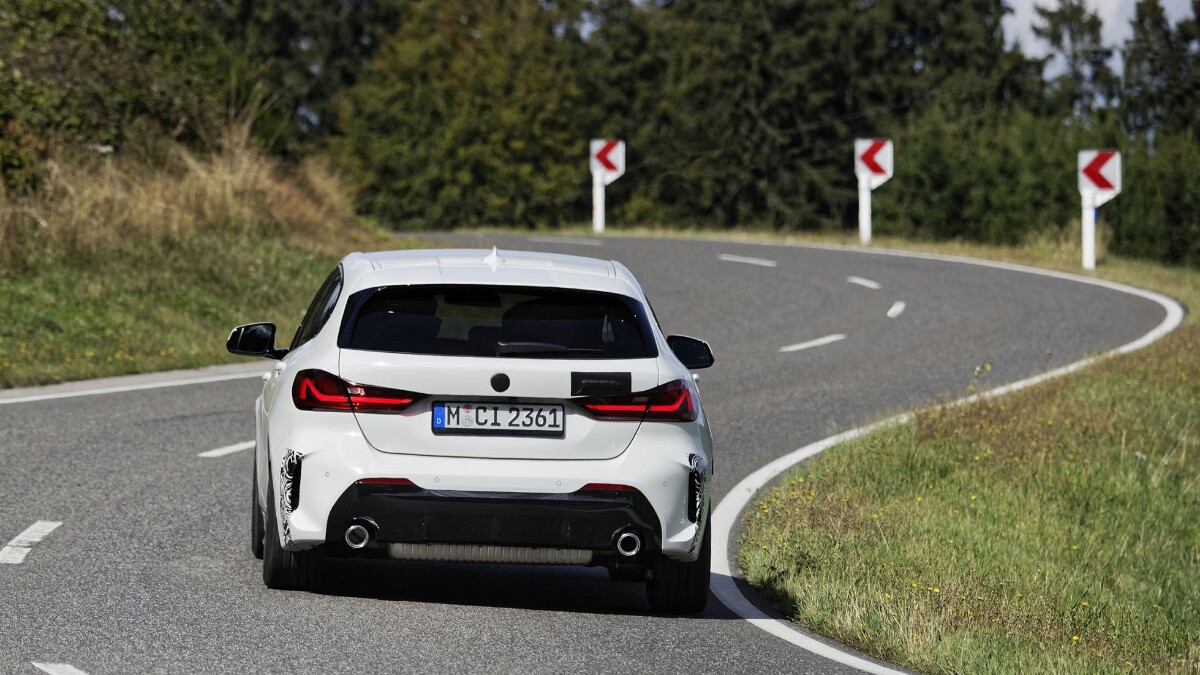 Sounds all right, too. Okay, it’s being augmented—the blare from the engine is amplified through the speakers—but it’s a decent effort at an exciting noise. BMW says it noticed lots of four-cylinder turbo hatches seem to be embarrassed about their cylinder count, and attempt to sound warblier than they actually are—looking at you Golf R, and you, Focus ST. Hence the 128ti has a flatter, angrier tone to its bark. No pops or bangs when it’s revved or on the downshifts, though, because of the latest exhaust emissions filters muffling the flatulence.

It’s a quick car along a B-road, and not a single horsepower is wasted because (like all 1-Series variants) the 128ti borrows clever traction control from the Mini Electric. Here, it’s been recoded to take advantage of the front diff, however. It reacts ten times faster to a badly timed stamp on the gas pedal than ye olde traction control, so you never sense the brakes jabbing at the whizzing front wheels. Result—ace traction, and serious pace.

Terrifying. Not the car. The track. BMW offered a couple of laps around the circuit it’d been using to hone the 128ti, so I leapt at the chance. Turned out the circuit in question was the Nürburgring Nordschleife. Gulp. 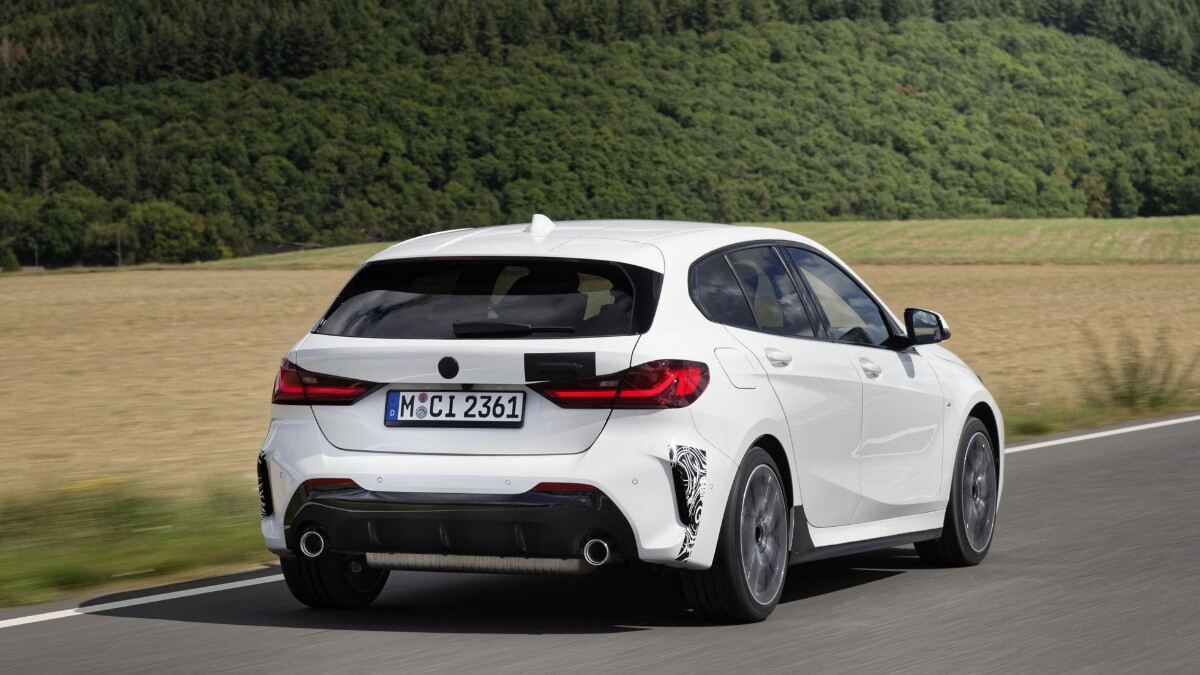 When you’re learning the world’s most formidable racetrack, this is a sensible companion. The M135i-inherited brakes are toast after lap one, and the tires have cried enough by the second time past Flugplatz, but should you and your 128ti ever find yourself on a circuit, it’ll just about hold its own. The fast-acting traction control is particularly witchcrafty dealing with off-camber corners and devilish, chassis-unsettling crests.

Could I live with it every day and not hate it?

Definitely. For a kick-off, the 1-Series’s well-finished, easy-to-use cabin is 400 times less annoying than the new Golf’s touch-sensitive nonsense. The seats are comfy and supportive. So’s the ride. No adaptive dampers here, but you don’t need them, plus these regular dampers keep the cost and weight down. There’s an Individual mode to tune the steering, throttle and gearbox behaviour to your liking, but it’s actually at its best with everything set to Sport. 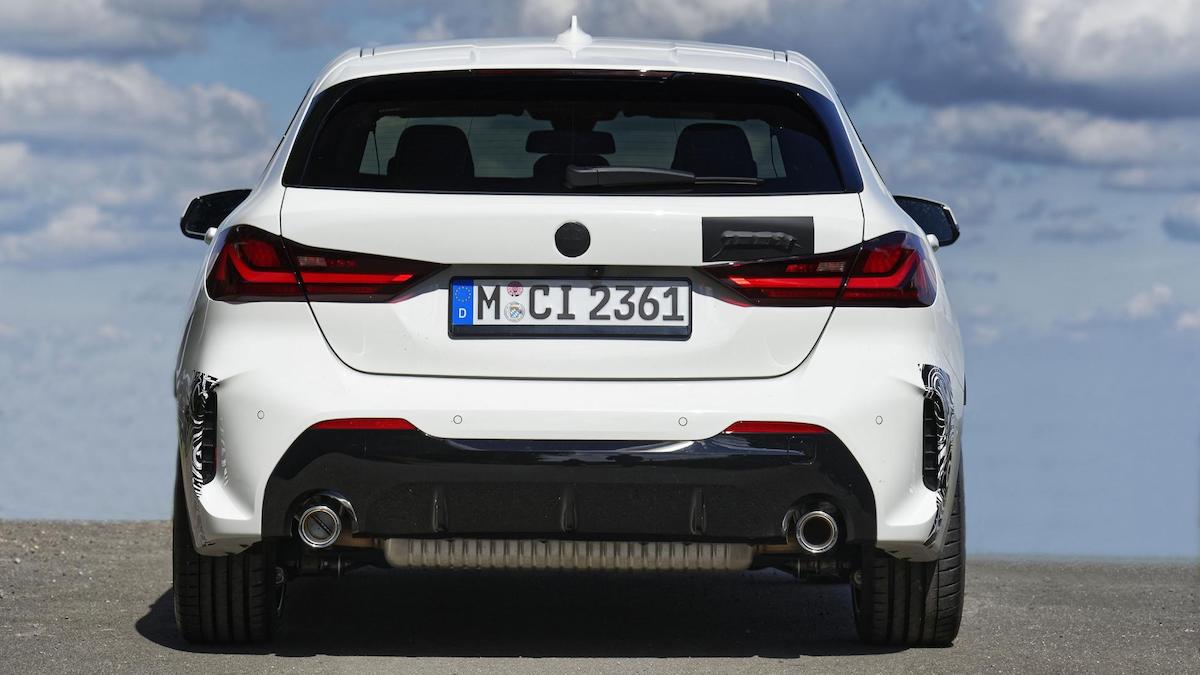 Also, the new-shape 1-Series has better rear seat space and a bigger cargo area than the previous breadvan model. The engineers all insist they never benchmarked a Mk7 Golf for all things ‘hatchback’...but do you believe them?

On first impression, the 128ti is a clever little niche-filler. It’s got more character than its big M-badged brother, doesn’t feel much slower, and for the money—if our price estimate turns out to be correct—there’s little else that offers as much pace, as much usability, and as much badge. I’d have one over a Mk8 Golf GTI, despite how the ’ti looks. There, I said it. Maybe BMW should’ve tried this front-wheel-drive lark earlier. 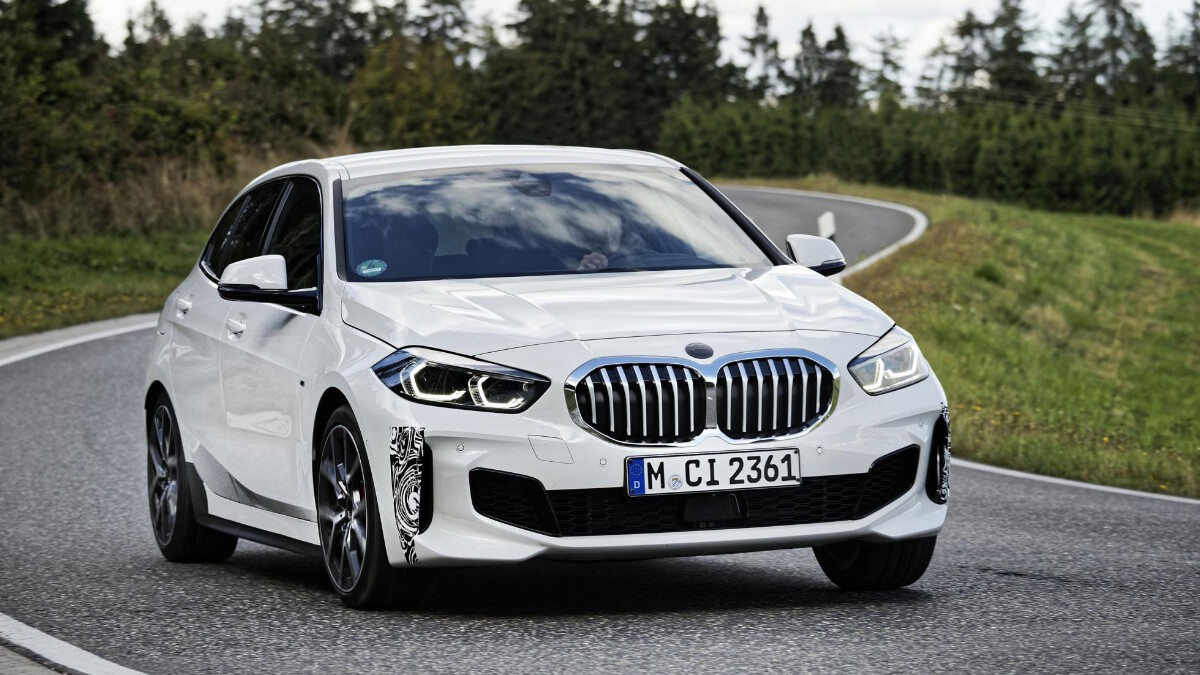 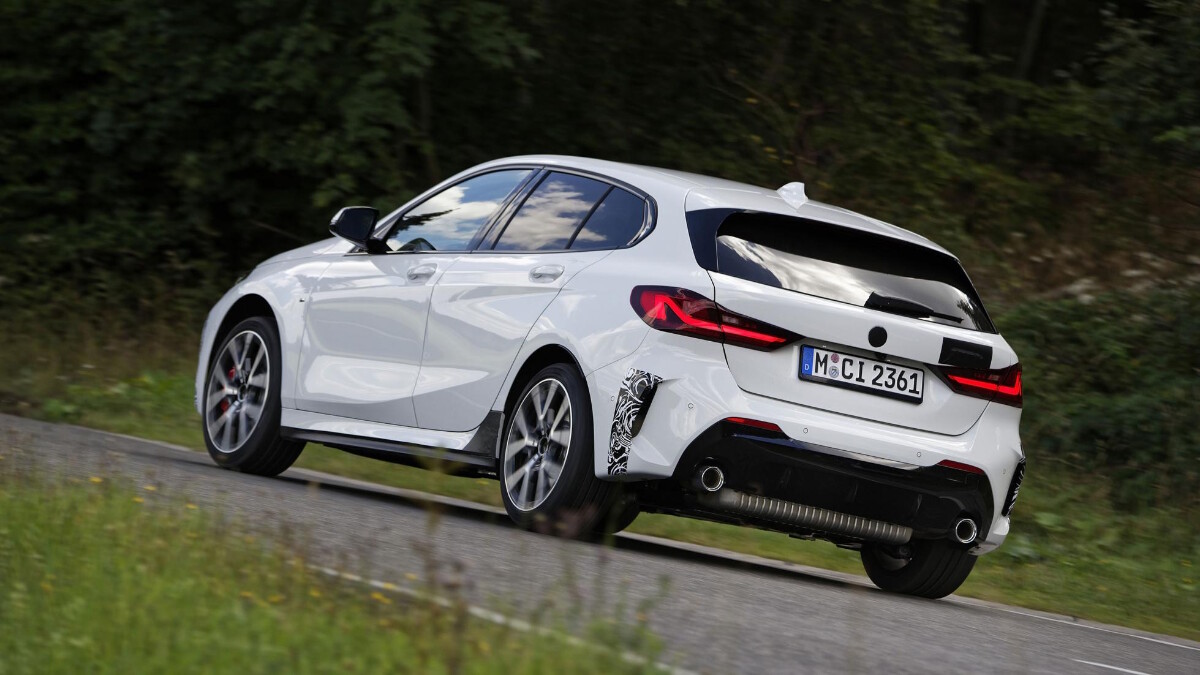 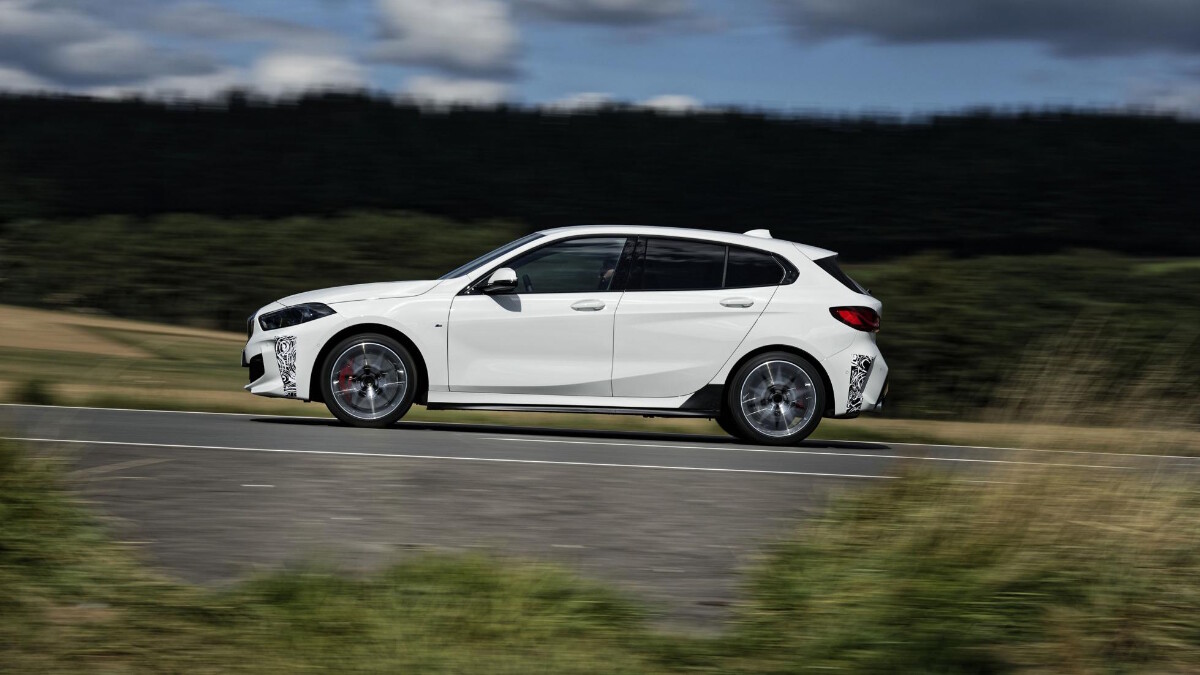 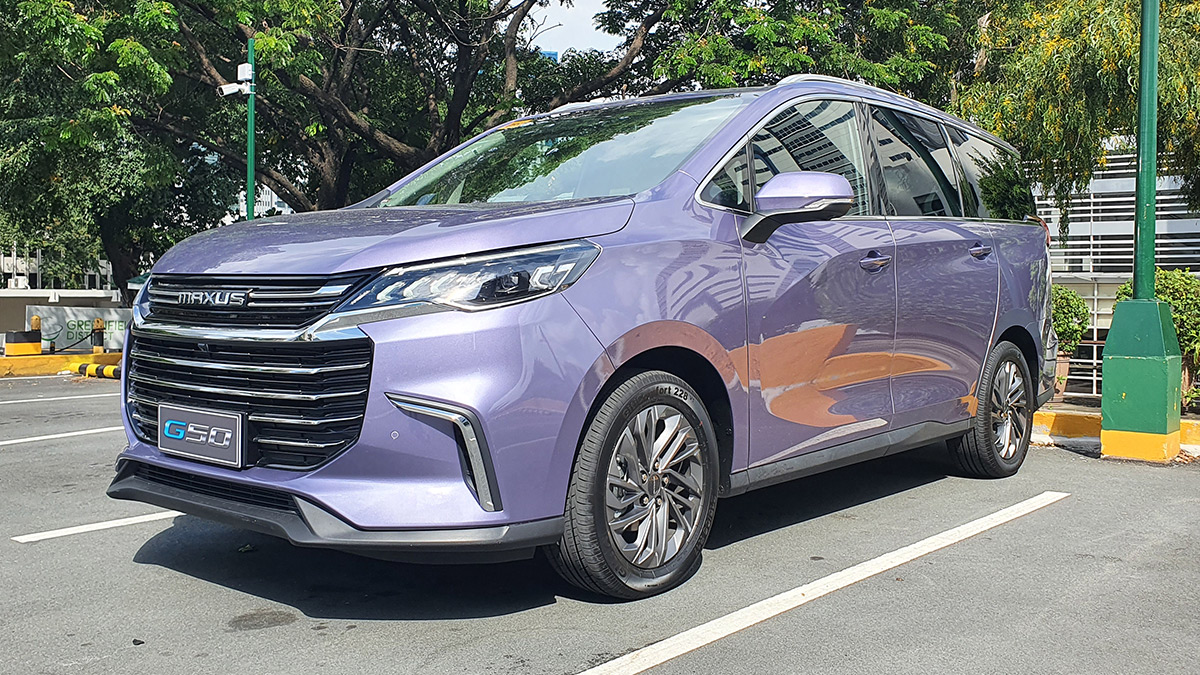