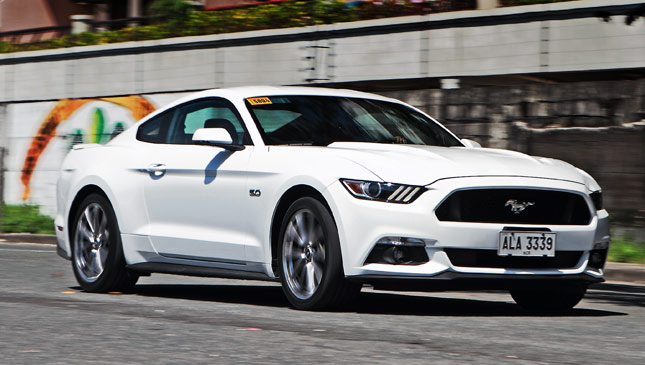 For a car that was expected to sell only in limited numbers, the Ford Mustang is quite the success. Spotting a modern Mustang in the wild isn’t a rare occurrence. Plus, the support that the model gets from its owners borders on the fanatical. The local automotive landscape is richer now because the car is available here.

I’m not a stranger to the model. My first taste of driving a Mustang was when a good friend from college let me get behind the wheel of his battered and rusted 1966 Coupe. Banging through the three-speed transmission was a blast, and the straight-six motor did not feel underpowered at all. Looking down the long hood, holding the thin-rimmed steering wheel, and switching to high beam with a button on the floor are unforgettable experiences.

Fast-forward to 2013, and I was handed the keys to a ‘Gotta Have It Green’ 5.0-liter V8 GT. The drive was nothing short of memorable. It was a rainy weekend, so I had to stay alert and keep my right foot in check the whole time. With that kind of power under the hood, I didn’t want to pull the usual stunts I would have loved to do with a rear-wheel-drive car. None whatsoever. Promise.

You see, the Mustang will always command respect from me. Even when it comes fitted with all the electronic nannies that modern vehicles have nowadays, you can still screw up badly if you don’t know what you are doing. It’s just physics, people.

And the last thing I want to do is put even the smallest dimple on the svelte bodywork of the all-new Mustang. Because, let’s face it, this baby is just absolutely gorgeous—especially in this ‘Oxford White’ hue. If a body looks good in white, it will look good in any color.

Folks can say whatever they want about American cars, but there’s something about the latest Mustang iteration that is achingly beautiful. Although its massive but otherwise perfect proportions scream ‘grand tourer’ as the GT in its name suggests, there is an underlying sportiness beneath it all. I received some flak for a piece I wrote a few years back when I called the Mustang a ‘sports car.’ I might have ruffled a few feathers, but let’s face it: If a current Porsche 911 is called a sports car, then a Mustang should be one, too. Thanks for backing me up, Niky Tamayo. I appreciate it.

Anyway, there are few features that do nudge the new model into sports car territory, the most notable being the newly introduced independent rear suspension. What a move—one that breaks away from the old Mustang tradition and pushes the platform to modern levels of performance. Unfortunately, I didn’t drive to the limit to get a proper feel of the all-new suspension around high-speed corners. I didn’t have to. Handling feels sharp and the quick changes in direction are executed without any drama. The drive inspires confidence, and you will get used to the size immediately. It really drives like a much smaller car.

Then there are the trick toys, like the drive-mode selector that changes the response and handling based on the road conditions. You can toggle between Normal, Sport and Track. In Track mode, there’s a Line-Lock function that “keeps the front brakes locked while you accelerate to warm the rear tires for enhanced grip.” Yep, it will do a burnout for you before launching you to triple-digit speeds. And believe it or not, there’s a track timer as well. You can also select the kind of steering feel delivered by the sophisticated EPS.

Again, I was given the key to the firebreather of the lineup. Under the hood is the 5.0-liter V8 that generates 435hp and 542Nm. This is no laughing matter. The engine barks to life and settles into a very menacing idle after pressing the push-start button. Flooring the throttle will push you back into your seat. In the city, it’s frustrating to not have enough road, but when cruising around and keeping the revs low, the Mustang is very, very comfortable.

Dare I say it, but the Mustang looks and feels more like a European car now. It looks great from the outside, and has even more refinement on the inside. It will be right at home on a winding country road or on the racetrack. And when the urge arises, opening up the tap on that monster of an engine can make even the most jaded car guy grin. There’s a place for the modern Mustang in the hearts of the Filipinos. There’s no doubt about that. 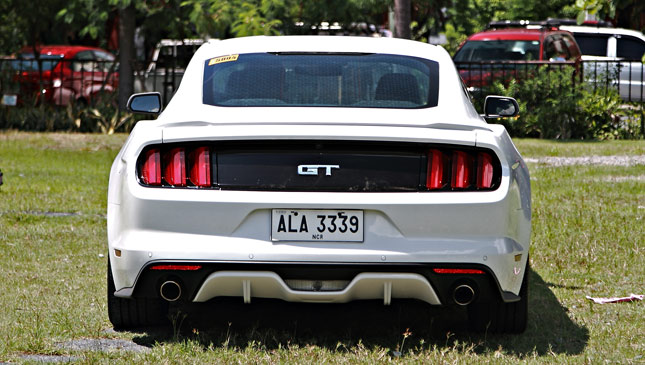 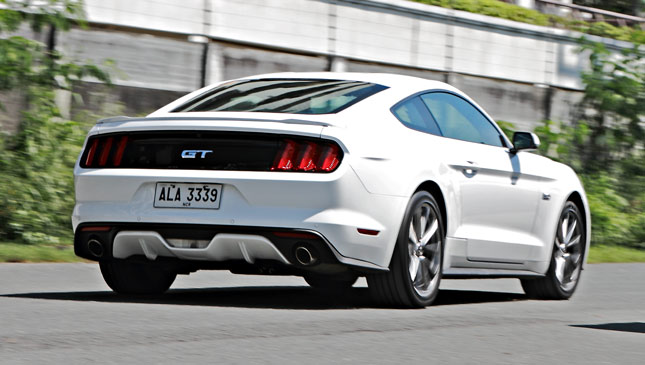 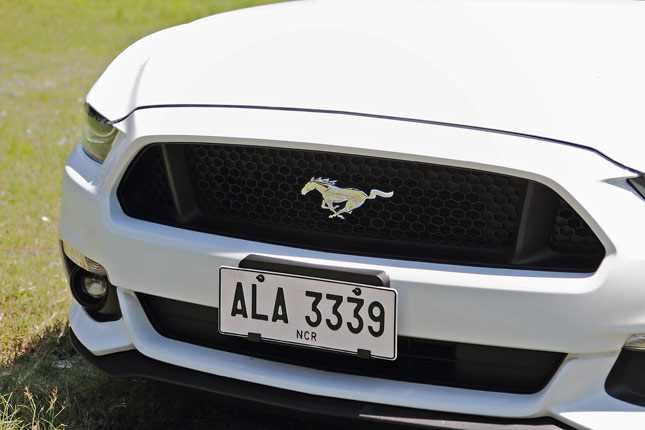 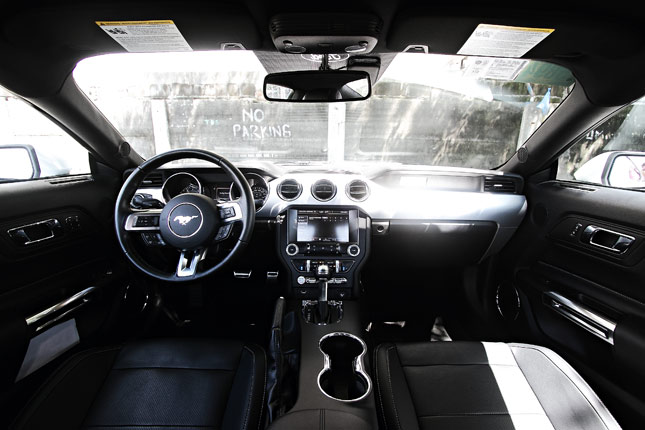 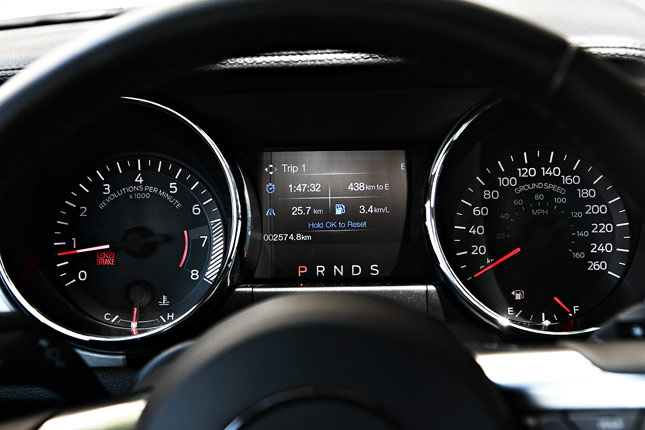 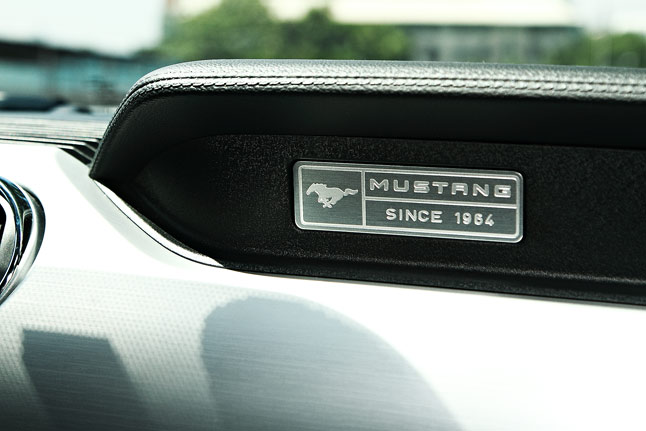 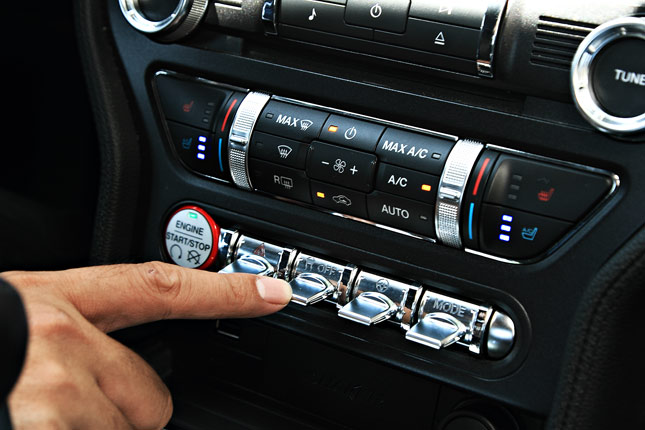 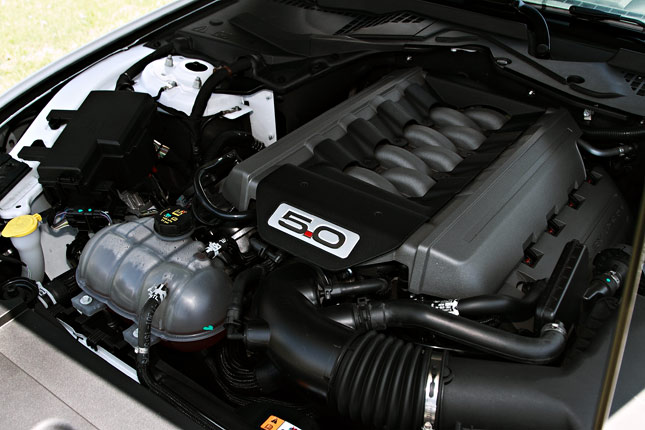 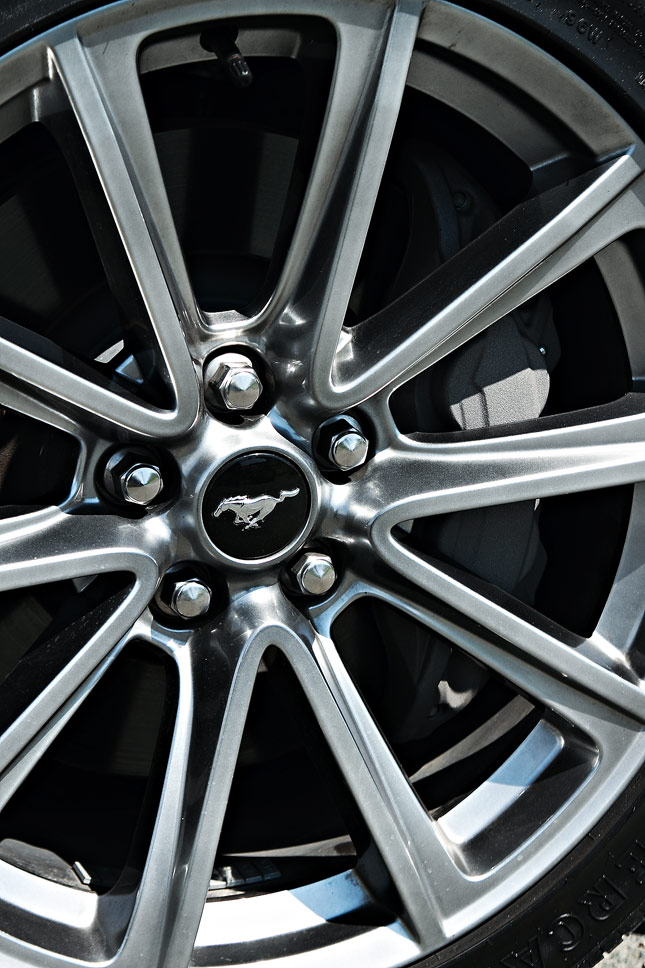 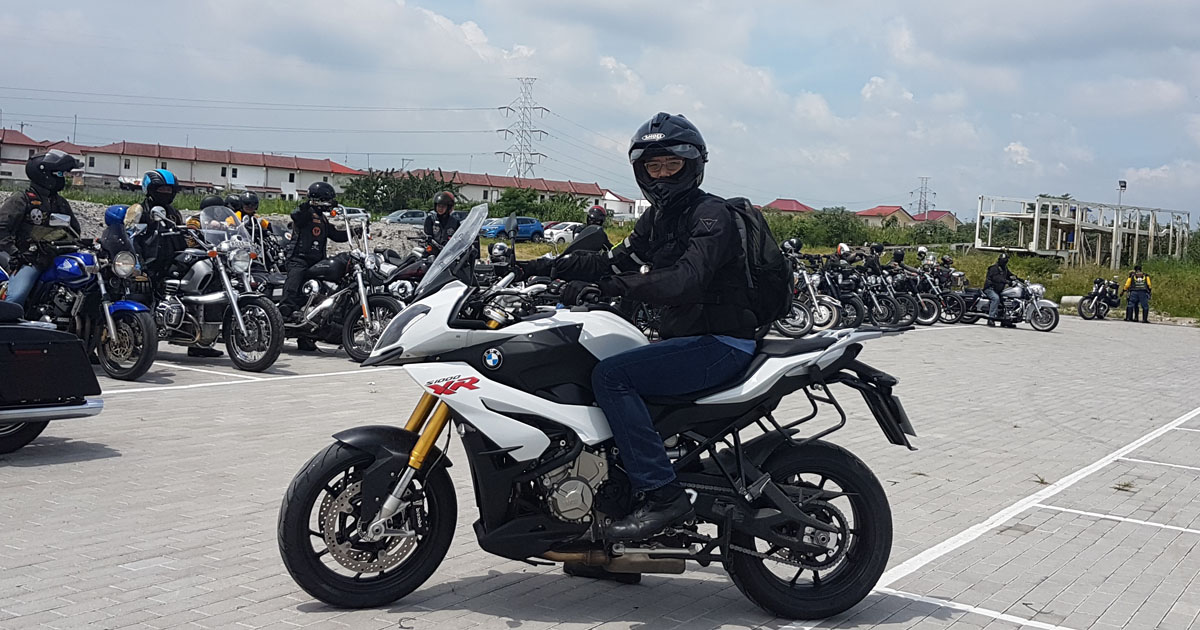