Is this the new normal?
by Niky Tamayo | May 4, 2015
Toyota Corolla Articles
Feature Article 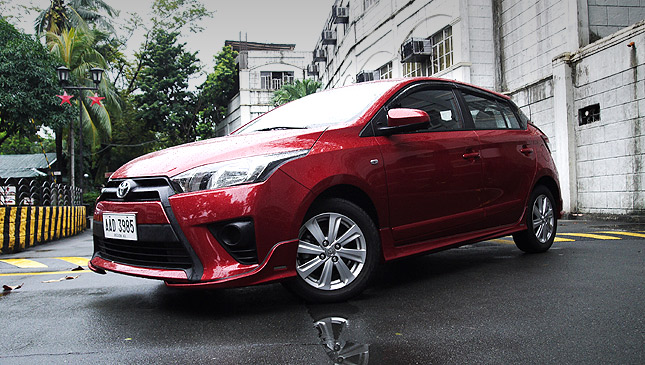 When Toyota released the Echo back in 2000, it was a car too far ahead of its time, both in terms of market position and price. Nobody wanted to pay so much money for something so small. Though the van-like Echo Verso variant had offered Jazz-like utility long before the formerly littlest Honda came out, the styling was too odd for most buyers.

The Yaris that followed in 2007 was bigger and better, but still not quite on point for the market. But with a newly revitalized and incredibly popular Vios providing the basis for this new model, could the third time be the charm for Toyota? 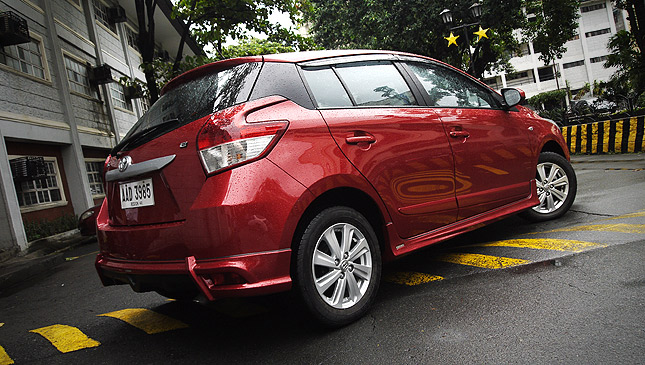 Compared to the cheerfully bubbly old Yaris, this new car is sharp, stylish and in-your-face. Complex rear-end styling, with a floating roof and subtle C-pillar blades, is reminiscent of the best of French design. The Fu Manchu whiskers up front are a love-it-or-hate-it affair, but they succeed pretty well in disguising the fact that the entire front end is basically lifted straight off the Vios.

Too bad the wheels are straight off the Vios as well. A hatchback this stylish deserves more distinctive and bigger alloys. That said, even with the release of the new Jazz, the Yaris is still the most striking car in its class. 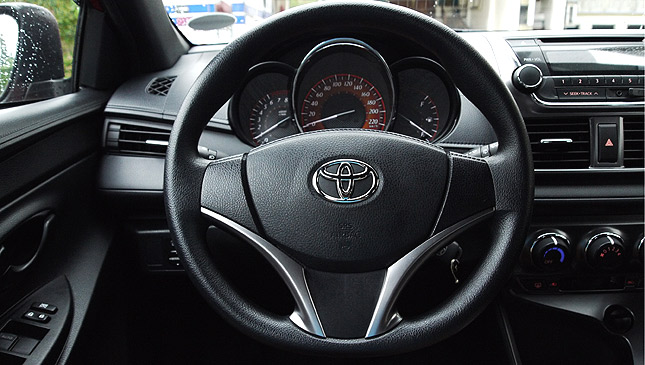 The Yaris 1.3 E gets the same all-black interior as the Vios 1.3 E, down to the faux stitching on the dashboard and door panels. The orange accents on the seats and the instrument gauges give the cabin a sportier vibe than the Vios's. The orange gauge accents, in particular, are much nicer to look at than the glaringly fake brushed steel on the Vios gauges.

The cabin is spacious, as you'd expect, and the seats are more supportive than the squishy ones in the previous model. There's even a good bit of trunk space, as well as two Isofix latch points in the back. As in the Vios, there's a lack of useful cubby space up front, but the air-conditioned cupholders do just fine for holding cell phones, too. The 84hp 1.3-liter gasoline engine is revvy and responsive, though it doesn't have enough muscle to raise your pulse. Especially not when mated to the four-speed automatic transmission. While it upshifts and downshifts properly in response to how much pressure you put on the gas pedal, the lack of intermediate gearing compared to newer DCTs and CVTs is telling. 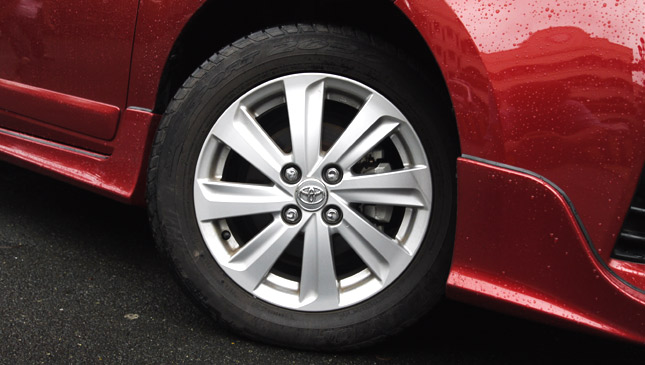 Despite its small size, the old Yaris was hardly a firecracker to drive. While it was nimble, body roll was excessive, and the hydraulic steering was inert. The new Yaris is worlds better, thanks to the shared chassis and setup with the Vios. While the new electric steering rack is still rather numb, the car itself is a much more involving steer on a challenging road than before. It's not the hottest hatch out there, but most enthusiastic drivers won't mind.

Non-enthusiasts will find the car easy to operate and maneuver, and will be thankful that the ride hasn't been compromised in pursuit of "sportiness."

As this is an E variant, there's not much in the way of toys. You get the same 2DIN stereo as in other Vios/Yaris variants, though without the steering-wheel controls of the G. Unlike the Vios 1.3 E, you do get an eco-meter and Eco light here, which helps you monitor your fuel consumption and driving habits.

Where the old Echo and Yaris were distinctly separate products with their own identity and market niche, the new car is basically a Vios hatchback. This means a car that is finally competitive in terms of utility and value for money in a class that's more hotly contested than ever.

More important, like the Vios, it veers from the conservative styling and dynamics of Toyotas past, injecting a sprinkling of fun into your daily commute. Waku-doki indeed. 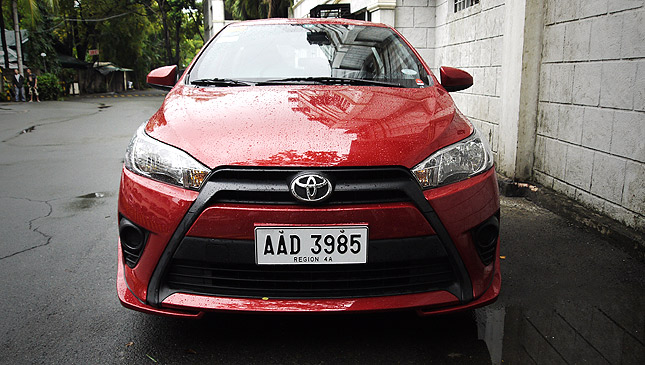 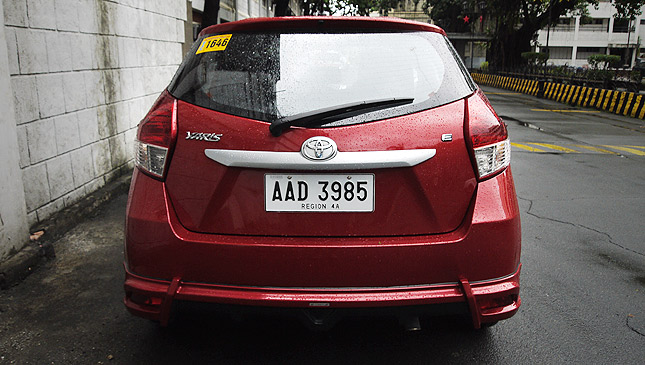 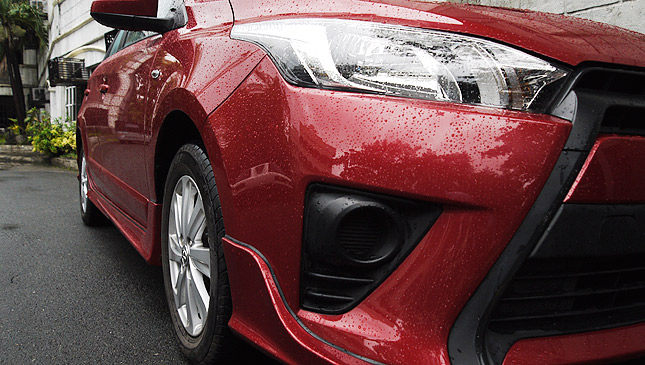 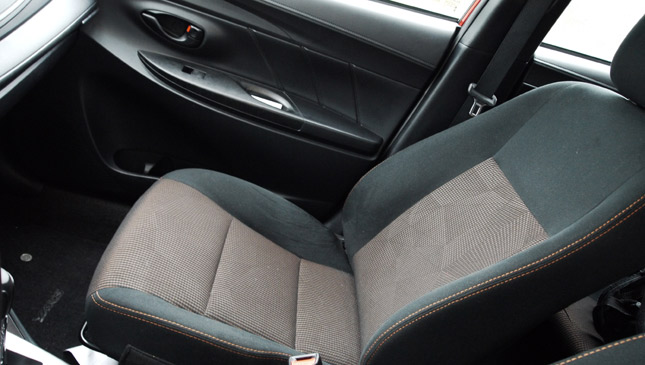 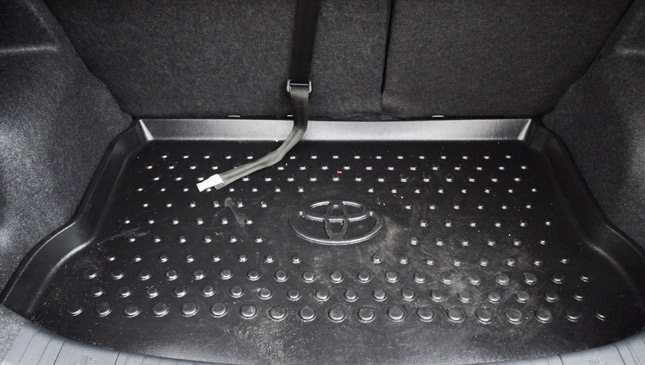 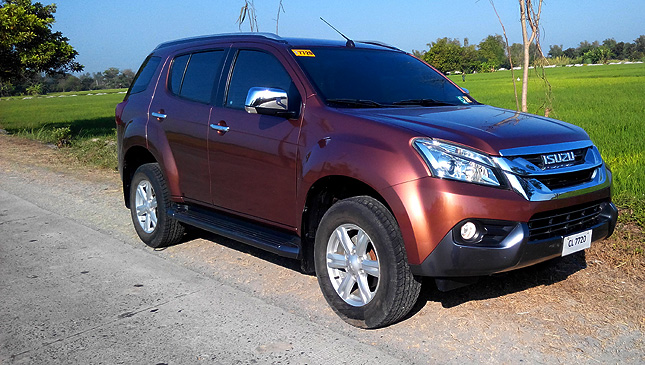