10 Signs that you are a mature driver 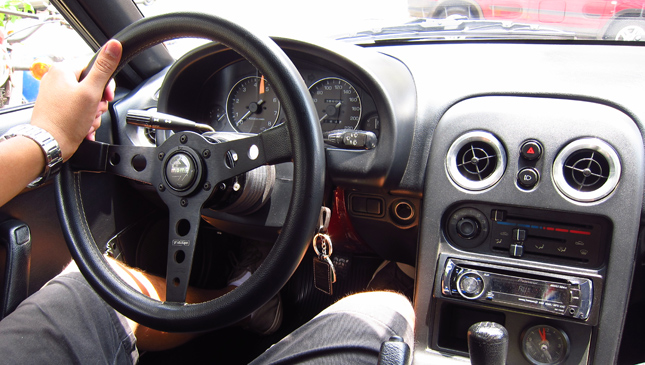 For the most part, the chaos that is Metro Manila traffic is the result of motorists acting like children. Poor impulse control, impatience, sense of entitlement, selfishness, and tantrums (the adult kind) are to blame for this dismal situation. Driving in this country has indeed become such a chore. But then there are the true drivers who elevate themselves from the mess, not by muscling ahead with wild abandon, but instead, by holding themselves to a much higher personal standard.

Years behind a steering wheel does not a mature driver make. There is more to it than that. It’s an attitude. Are you a mature driver?  Let’s find out.

1. You adapt to the road conditions.

You have a keen sense of awareness, and can read your surroundings. You won’t open up the throttle in a thickly populated area, or when the roads and weather are not suitable for enthusiastic driving. You are aware of other forms of transport (motorcycles and bicycles) and don’t bully them. You know that the road is meant to be shared by everyone.

When the road opens up, you can have responsible fun with your ride. But if you really want to push the limits, you sign up for a track-day session or compete in a sanctioned motorsports event. Public roads aren’t your playground. Racing with others or yourself on them is a big no-no.

3. You acknowledge that there are better drivers than you, and you can take criticism positively.

You have nothing to prove, and are open to learning new skills and techniques from more experienced drivers than you. This is the only way to grow as a driver, because if you think you know everything, then you won’t learn anything new.

You know that it isn’t a race out there. When a faster car approaches from behind, you are aware that it is traveling at a much faster rate than you are—and you give way. You don’t step on the accelerator to block his progress.

5. Your car is impeccably maintained.

A mature driver knows that money should be set aside for service and repairs. He trusts that his car won’t break down and leave him stranded in the middle of nowhere.

6. But in the event of a breakdown, you know what to do.

Are you prepared for emergencies? Can you change a flat tire yourself? Do you have some knowledge about the inner workings of a car and can diagnose common problems with basic troubleshooting? We hope your answer is a yes.

7. Safety is your number-one priority.

A mature driver will never take unnecessary risks that will put himself, his passengers, other motorists, or pedestrians, in harm’s way. At its core, this means you have an awareness of the ‘role’ you play as a motorist, and that you can play a part in contributing to the greater good.

8. You are cool and calm—always.

A mature driver will never lose his cool, no matter how extreme the situation is. He may be cut off in traffic, or even taunted to fight, but he knows that raising fists in anger is never worth it. He can put machismo and pride aside and just brush things off, knowing that his loved ones are waiting for him at home.

9. You know exactly what you are looking for in a car, and nobody can convince you otherwise.

Our car of choice will vary, depending on where we are on life’s highway. And although it is perfectly acceptable for tastes to change, you already know deep down inside that there is that one car that will always have a space in your heart’s garage. As our technical editor Joey Bernardez said about his Miata, it’s a car that he wants to grow old with. It will take some time to find what car this is for you, of course, but when you do know, that means you’ve been driving long enough to know what you enjoy, and what you want to keep cherishing until you are old and grey. Some folks have air-cooled Porsches, some adore their W123 Mercedes-Benzes, while some will never part with their small-body Toyota Corollas. When you are a mature driver, you aren’t constantly looking for the next best thing—all the time. However, that doesn’t mean that you can’t aspire for a dream car, or want to experience different kinds of metal.

10. You will never break traffic rules—even if everyone else around you is.

A mature driver will never run a red light even if the streets are empty. He will never counterflow. He always will give way to pedestrians on a crosswalk, even if other drivers honk at him angrily from behind. A mature driver is firm in his resolve to be the best kind of motorist that he can be, even if everyone else drives like an asshole.

Are you a mature driver? 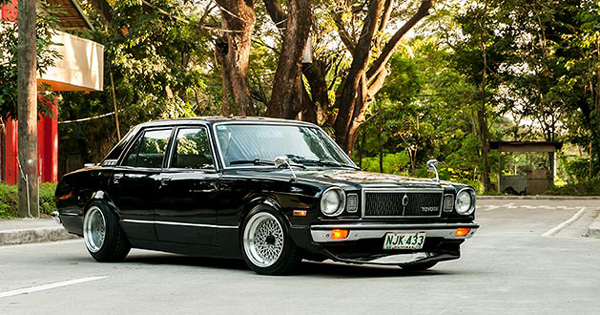 This 1979 Toyota Cressida takes driving low to new heights
View other articles about:
Read the Story →
This article originally appeared on Topgear.com. Minor edits have been made by the TopGear.com.ph editors.
Share:
Retake this Poll
Quiz Results
Share:
Take this Quiz Again
TGP Rating:
/20