A design analysis of the 2020 Toyota Supra

The most iconic Supra has to be the fourth-generation A80, which was unveiled in 1993. Toyota didn’t hold back with that one: It had the looks to match its upgraded performance. It was stylish and aggressive, and it stayed in production for almost a decade. The Fast and Furious franchise and PlayStation’s Gran Turismo series kept the A80 fresh in people’s memories.

Fast-forward to 2019, and Toyota finally unveiled the much-anticipated A90 Supra. It has traditional GT sports-car proportions taken from the larger FT-1 Concept that inspired it. Toyota had to adapt the show car’s styling to fit around the BMW Z4’s smaller platform. While it may have lost some of the graceful lines in the process, its compact dimensions make it look like it’s ready to carve corners.

Let’s take a closer look at the all-new 2020 Toyota Supra and find out some of its styling hits and misses: 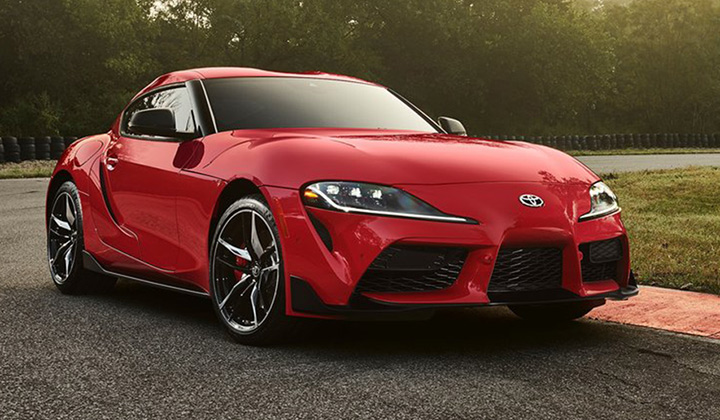 One of the important distinguishing parts of a vehicle is its front end, as it’s basically the car’s face. In the case of the new it adopts the race-car-inspired nose of the FT-1. This gives it a distinctive face and also serves as a reminder of the brand’s racing prowess. Toyota’s execution can be a hit or miss depending on what side you’re on; personally, I’d prefer if they toned it down and made it look less like a literal nose that was protruding. 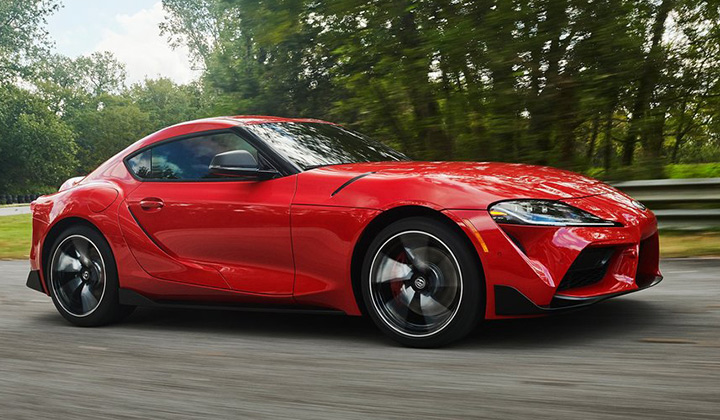 The stretched out clamshell hood hints at the longitudinally mounted in-line turbocharged engines that will power the A90; this, of course, includes the desirable boosted straight-six. 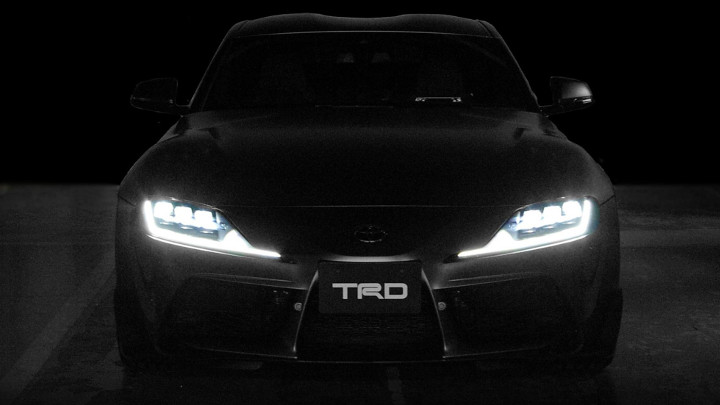 The new Supra’s headlights look like a cross between the big light cluster of the Mk4 A80 and the slim units of the FT-1. Its six- LED units grouped into three pairs the three lighting elements of the previous model. The LED strip that combines daytime running lights and signals extend past the headlights, giving the front end some character and a recognizable lighting signature. 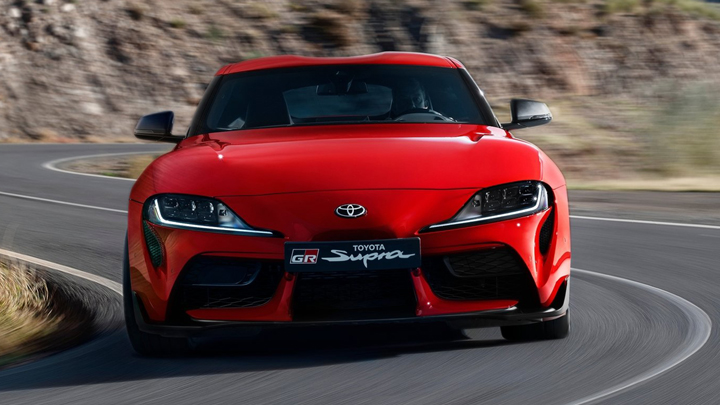 The front intakes were adopted from the concept car. While a large part of the main grille is functional, the intakes on the corners are blocked-off. Eliminating the pair of decorative pieces would have given the car a cleaner front end. 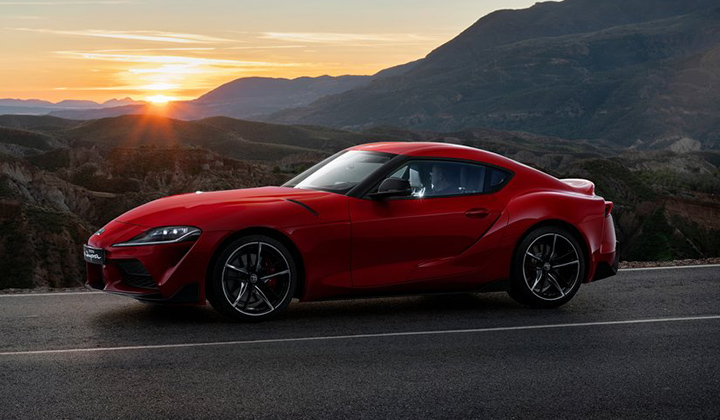 The front side vents on the clamshell hood were lifted from the FT-1. They would’ve been cool if they did something useful for the car, but sadly, they’re just trim pieces that disrupt what would’ve been smooth-flowing body lines.

The Mk4 Supra had low-mounted rear side intakes that cooled components like the rear brakes; that is not the case with the latest Supra. The side scoops mounted near the edge of the doors lead nowhere. This is a styling feature we won’t miss.

This is Toyota’s sports-car heritage on display. The blacked-out A-pillars, the pinched windows, and the tapered fastback rear end can all be traced directly to the legendary ’60s Toyota 2000GT. 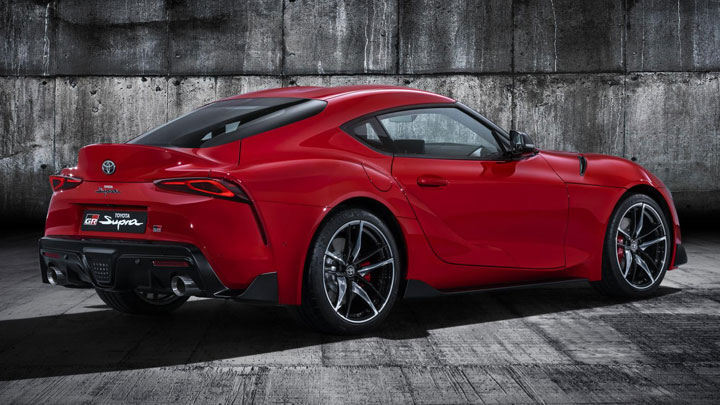 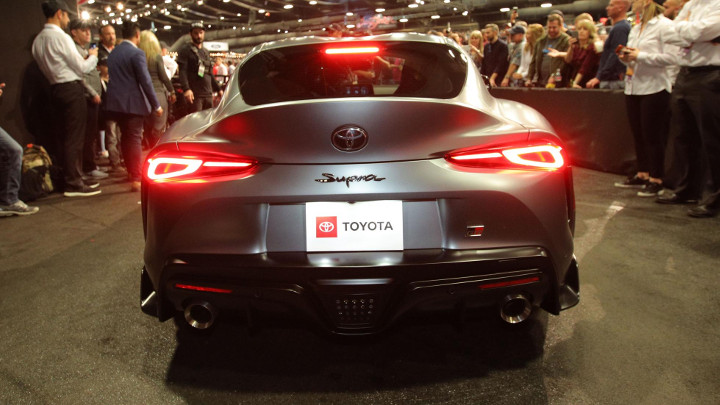 The high-mounted slim horizontal taillights recall the units found on the Mk4, which were also similarly positioned.

The rear view is probably one of the most striking angles of the new Supra. Those vents that connect to the tips of the taillights makes the A90 look like one mean track car; again, we just wish these were real.

Enter the two-seater Supra and you’ll be greeted by a logically organized driver-oriented cockpit. The premium-looking dashboard features a neatly arranged horizontal layout. Its fully-digital instrument cluster displays a large virtual analog-style tachometer at the center. While the styling inside is unique to the Supra, its infotainment system and switchgear reveal the A90’s BMW roots.

The latest Supra is definitely a head-turner. It draws inspiration from both the A80 and the classic 2000GT, while at the same time adding its own unique touches. It isn’t perfect, but one cannot deny this project has produced one of the sharpest-looking cars to carry a Toyota badge. Does not having uselessly tiny rear seats make it less of a Supra? Not really—it has now evolved into a proper sports car. 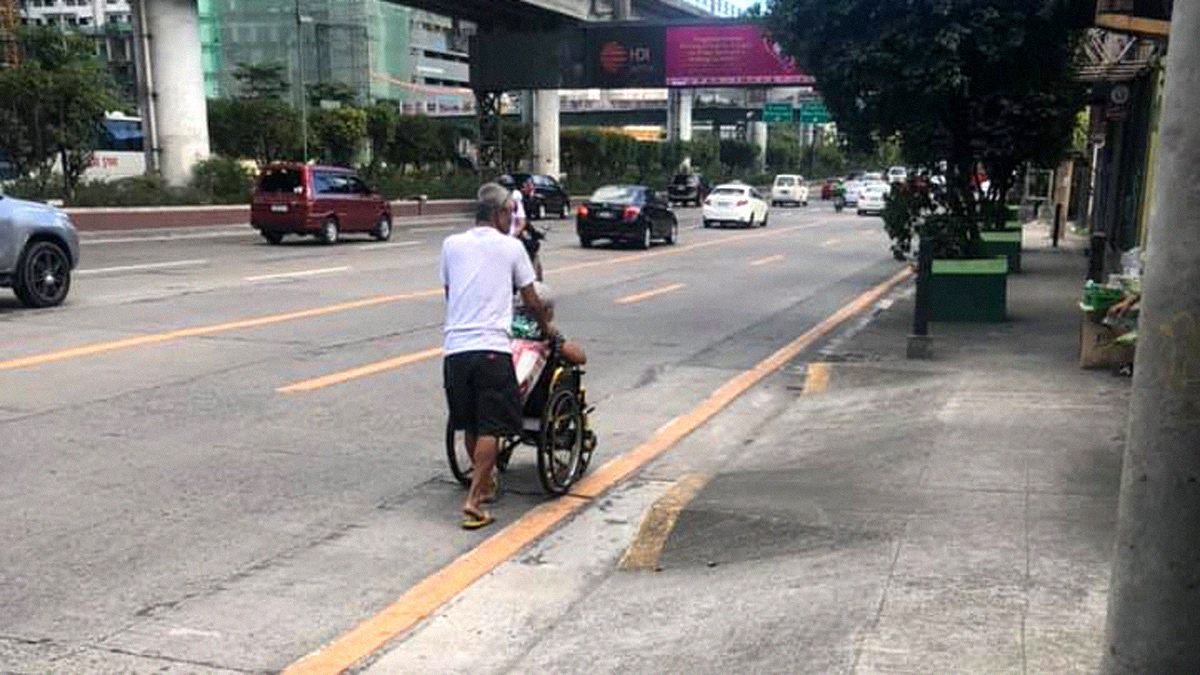 This photo sums up the sad plight of pedestrians in PH
View other articles about:
Read the Story →
This article originally appeared on Topgear.com. Minor edits have been made by the TopGear.com.ph editors.
Share:
Retake this Poll
Quiz Results
Share:
Take this Quiz Again
TGP Rating:
/20