A guy who once hated box-type Lancers now has one, and it looks amazing

How exactly did he do it?
by Enrico Miguel Subido | Jun 6, 2016
CAR MODELS IN THIS ARTICLE 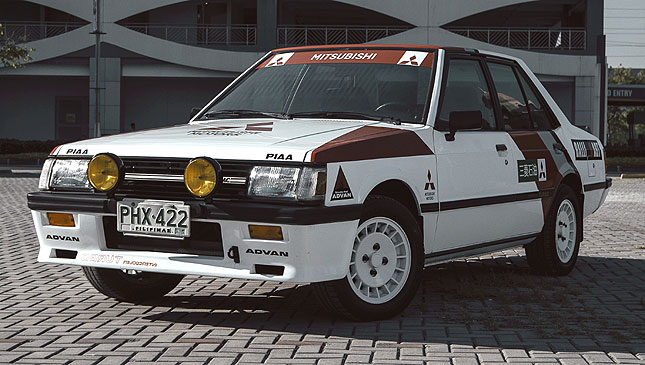 The Mitsubishi Lancer Box-Type never really appealed to 25-year-old Mickey Romualdez when he was growing up--he remembers that it was such a common car and he actually got sick of seeing so many on the road. But fate, irony and sometimes even destiny are funny things. He has been the proud owner of this 1987 Lancer GT since 2008, and his sensibilities for the Japanese car have changed: He now feels that it looks just as beautiful as any Italian exotic. The man has been thoroughly converted.

This particular model came out in 1987, the same year Mickey was born, so there's a great deal of sentimental value in it for him. This is also his first car, acquired six months after graduating from college. While it had been junked by the previous owner, Mickey saw its potential. So he saved some paychecks, bought the car, drove it home, and transformed it into the impressive ride it is today. 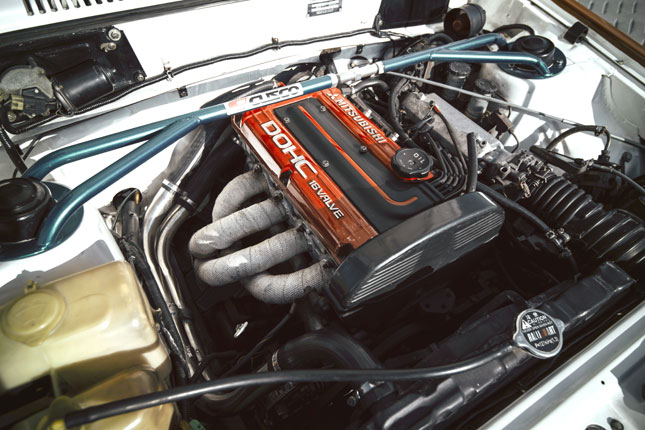 Lots of changes have been made over the six years he has owned the vehicle. It's now a bona fide rally-setup, GT-spec Lancer, and it's not just because of the badges and the pretty decals. It packs a 4G63 twin-cam, naturally aspirated engine, the transmission of a Galant, and a Cusco strut bar for extra stability. The undercarriage adheres to the rally theme with an original Lancer EX Turbo suspension and a 10-bolt limited-slip differential.

The car looks the part of a rally racer, too, thanks to Mickey's meticulous hunt for all the period-correct decals. Over the white Anzahl paint job are various rally stickers and original Lancer EX emblems and badges. Rounding out the look are Lancer EX Turbo 14-inch rims and mudguards; PIAA fog lights; brand-new Stanley taillamps, indicator lights and rear fogs; JASMA-compliant muffler; GT spoiler and bumpers; MMC grille and side mirrors; and JDM blue glass and plate garnish. 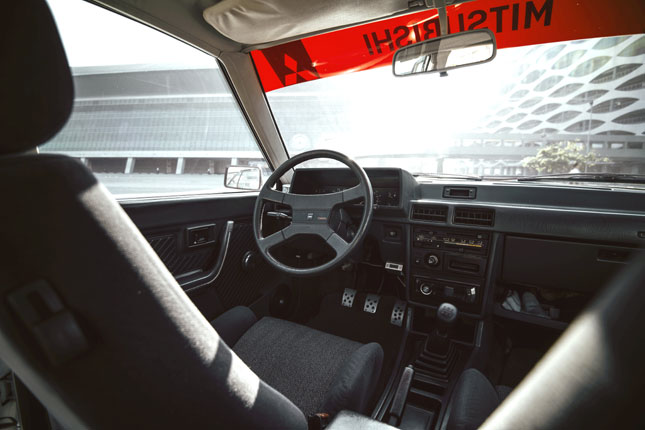 While Mickey's Lancer is more than capable of making an impact on the track, it has garnered recognition mostly through car-show appearances. It has been showcased at the 2010 Manila International Auto Show; the Rev UP! Diliman Motorshow also in 2010, where it won first place in the Best Classic Modified category; and the Eurokina Oldies But Goodies event in 2012, where it won the Best Mitsubishi award. 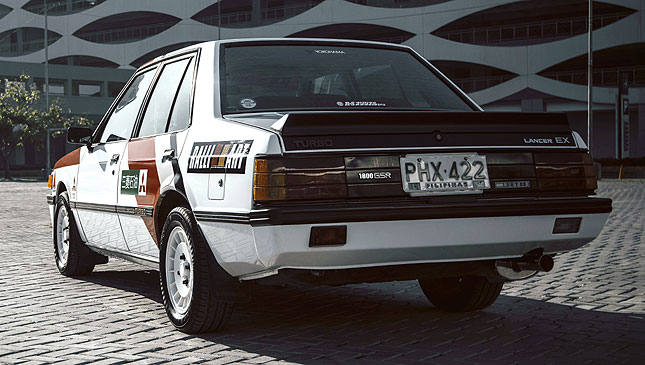 Mickey's decision to go for an all-out rally approach has indeed reaped rewards, but there's a funny flip side to it, too: He says that his Lancer was once mistaken for a taxicab because of all the stickers. The eager passengers actually walked up to his car and tried to open the door, and the entire time, he thought he was being carjacked.

That hitch notwithstanding, he never stops doing research even though he has already spent countless hours perfecting the car's rally look and setup. His choice to go with a naturally aspirated engine instead of a turbocharged one, for example, was because he was being mindful of fuel consumption and power-to-weight ratio. Being a light car, he knew his Lancer would be propelled well enough by an NA powerplant.

He also loves that parts for classic models are relatively cheaper than those for new cars, but it all boils down to proper maintenance. And while he doesn't really fit the textbook profile of someone who enjoys vintage rides, he is a true old-school fanatic. He is now part of the Old Schooler Auto Club, where he gets to learn more about his ride from seasoned veteran enthusiasts.

"Owning an old-school ride can be a very special experience," Mickey shares. "It requires a lot of time, hard work and money. However, the advantages of having a classic vehicle make up for all of the trouble it brings, including your having a great relationship with your car and with fellow enthusiasts." 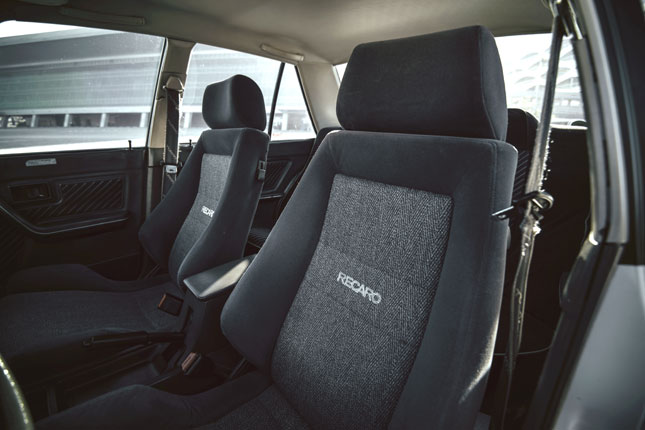 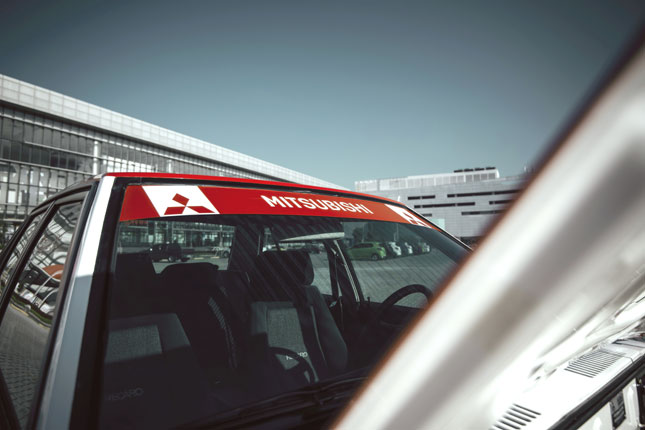 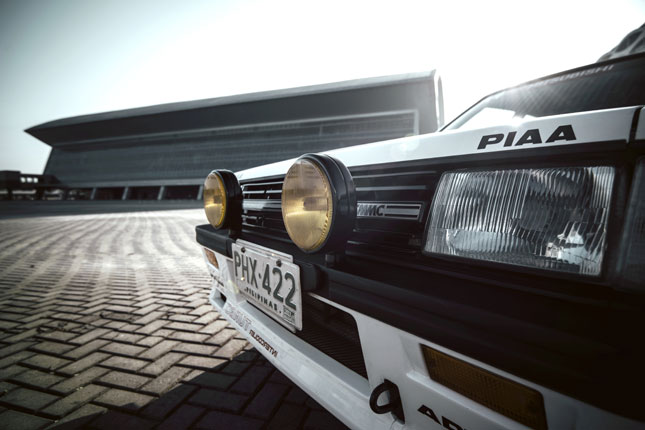 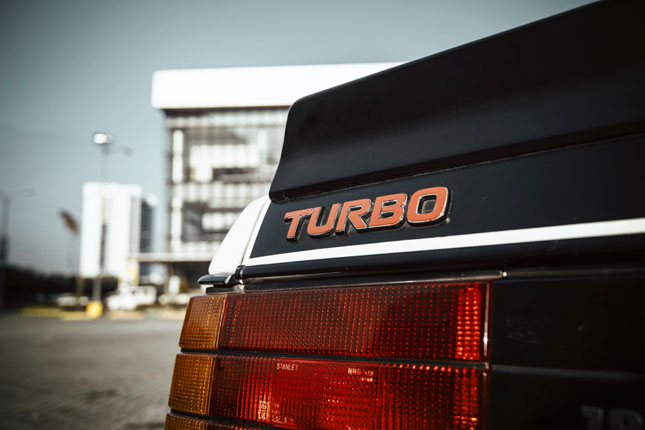 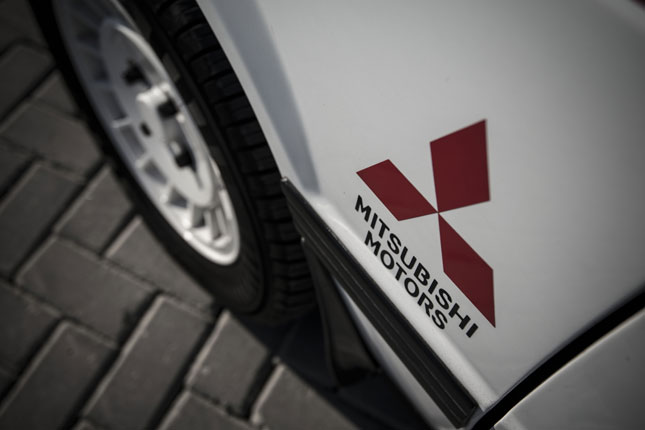 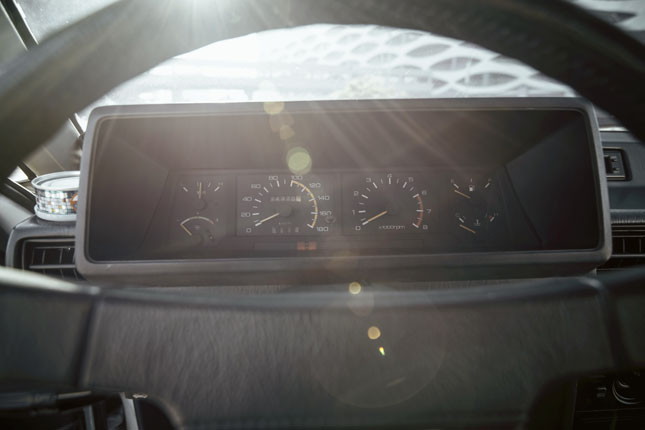 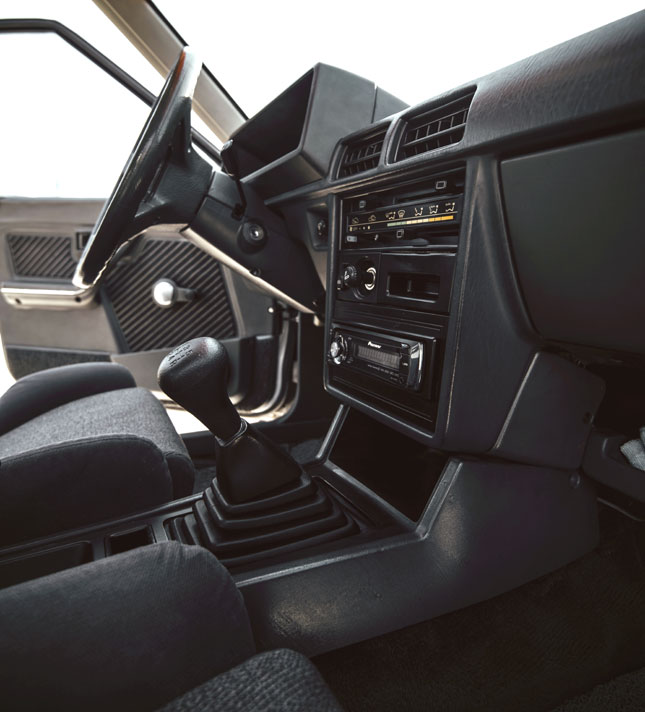 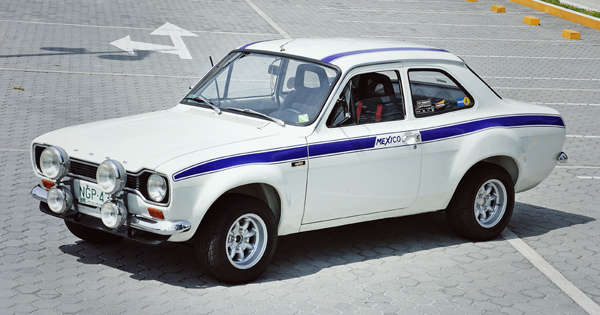 This Ford Escort Mexico will bring you back in time
View other articles about:
Read the Story →
This article originally appeared on Topgear.com. Minor edits have been made by the TopGear.com.ph editors.
Share:
Retake this Poll
Quiz Results
Share:
Take this Quiz Again
TGP Rating:
/20