Fernando Alonso on his Formula 1 return, age, past career choices, and reputation

“You have to be prepared to sacrifice everything in your life for the coming years”
by Jason Barlow | Mar 27, 2021

Fernando Alonso’s phone rings halfway through the interview and he holds it up to the screen: It’s his long-time manager and inveterate wheeler-dealer Flavio Briatore. It feels like a spicy blast from a motorsport past, but Alonso’s comeback to Formula 1 provides one of the juicier narratives ahead of the new season. The boys are back in town.

Top Gear first met the Spanish double F1 world champion 19 years ago, when he was Renault’s test driver during the 2002 season. At the car’s launch in Paris, journalists were shuttled between rooms to talk to the drivers, and the unknown quantity that was Fernando Alonso wasn’t exactly besieged. He wouldn’t remain under the radar for long. Those driver’s titles would come consecutively in 2005 and 2006, there was that notorious year at McLaren against a rookie Lewis Hamilton in 2007, a difficult two-year stint back at Renault, five seasons with Ferrari during which the team narrowly missed out on championship glory on three occasions, and four frustrating seasons back at McLaren (during which he famously got acquainted with a deck chair).

His 32 race-win tally could have been higher, and he probably should have five championship titles to his name. His sublime talent, some wondered, was let down by suboptimal decision making.

Now here he is again, partnering with young charger Esteban Ocon in the Alpine F1 team. Alonso is commanding a Teams call from Bahrain with select members of worldwide media. This isn’t a one-on-one, then, although from past experience, I can confirm that Alonso alternates between amused, amusing, and a little spikey. Even then there’s usually a mischievous glint in this eye.

So it proves today, as he answers a few obvious questions with humility, shows flashes of steel when his reputation as a tricky customer is broached, and deals with the inevitable age-related question good-naturedly. This looks and sounds like a more mellow Fernando Alonso, though he’s clearly still a driver guaranteed to make his presence felt: No one has sharper or more strategically placed elbows than he does. And when BBC Sport asked him whether he was as good as the new generation of talent, he replied simply, “No, I am better.”

Hamilton and Mercedes, he says, remain favorites to win, despite a shaky start to their campaign during the pre-season test. Red Bull look fast, too. Beyond that, who knows?

Alpine’s racing director, Davide Brivio, is coming from MotoGP. How do you feel about that?

I’m very happy to have Davide on board. I think it’s very interesting to have his point of view on many things. Normally, Formula 1 is a very closed environment where you are repeating the same thing for years. It’s good to have this fresh approach from him and his leadership and his knowledge. So yeah, I’m ready to learn from him in this first race and also to help him because I’m sure he will get surprised by some of the things that happen in Formula 1.

Do you regret leaving Ferrari when you did?

No. I never regret any decision of my career. I know that if you have a crystal ball, maybe you take different decisions at different times. But in that moment, I felt that it was the right decision to do. When you feel something, you do it. And yeah, I think now with without pain is the same thing. You know, I feel that this is where I have the biggest challenge for this 2021 season, after two years away from the sport.

As for Ferrari, it was the perfect time in 2014. After five seasons, where we had some success, we were fighting for the world championship until the last lap in three of the seasons. And we had an amazing atmosphere and amazing love for each other. Me to Ferrari and Ferrari to me...it was the right time. If you keep going and you keep not winning, because we are in 2021 and they are still not winning, I think at some point, that relationship gets hurt. And we wanted to have only the love.

Your comeback announcement was well-received. Your Spanish fans will have high expectations... 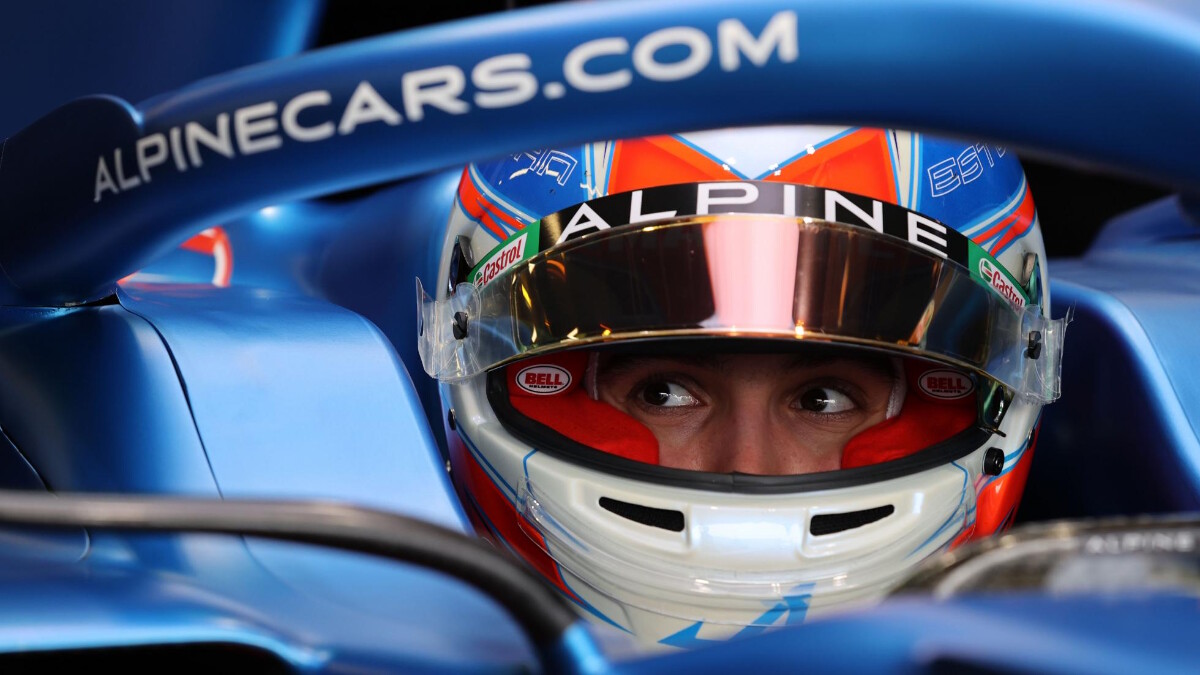 From the moment we announced that I was racing with Alpine, I felt a very warm welcome from everyone—the team, of course, but also from my colleagues in the paddock, the drivers, the fans, the media, the F1 management. For the fans, they’ll see that this is a continuation of the 2020 season, and not many changes will be seen on track. Hopefully, we can be competitive and fight for some podiums. I think it will be a surprise if we can achieve more than that. As this is a continuation of 2020, I expect Mercedes to be very strong. And whatever happened in winter is only winter. Let’s see this weekend, but I think they will be fast.

How did the new car feel?

I felt the car was very good. I felt the progress of the sport in general was very impressive. The cars are now faster. They have more braking performance, they have more grip, they have more power. I think the engines have developed a lot in the last three years. So, you feel the power on the straights, but also you feel the consistency, the electrical power of the engine is now very well-integrated into the whole power unit. So everything feels much more precise now, much more sophisticated. You always want more as a driver, but the feeling of the car was fantastic.

You have a reputation as one of the best all-around drivers, but also as someone who is difficult to work with. What do you think of that reputation?

I laugh. [There is a very long pause. A brilliantly long pause, in fact. Alonso’s answer hangs in the air for a full five seconds. It feels like the whole interview could stop at this point, not because he’s angry, but because he’s amused.] It’s the third time I’m with Renault. I was with McLaren twice. I’ve been in different teams and I’ve been repeating teams, and they’ve been apparently happy with me because if they are not happy, I don’t know why they keep calling me. I’m still talking to Fisichella. Jarno Trulli lives in Lugano, as I do. After the bike accident, I had a call from Jarno and he said if I wanted something from the supermarket, if I couldn’t move, he would go to the supermarket and help with the shopping. Same with Stoffel. With Jenson. And now with Esteban. He was in a go-kart this week, one that I sent to him [an Alonso-branded FA kart].

But you will never read about this, which is why I laugh. Because all my teammates have been good people and good friends for me, not only in that moment, but for the rest of my career. This reputation I have is good, because when they discover I am normal, they are happy. And surprised.

Esteban Ocon noted that you look about 28 years old, but you’ll be 40 in July. How do you feel?

I feel 39. I wish I could feel 28 [laughs]. I have a little bit less hair than before. As a driver, I feel young, I feel ready. I’ve been preparing myself physically and mentally. Physically, I wasn’t concerned, but mentally, you have to be prepared to sacrifice everything in your life for the coming years. Formula 1 is a very demanding sport. When you are 20 or 25, let’s say you don’t have other views in life other than racing. When you are a little bit older, you see life maybe from a different point of view, and you don’t want to give away everything just for racing. But I’m ready to do that.

The age? I know it’s a topic because I’ve been answering the same question time and time again. You know, I feel good. And the guy who has dominated the sport is 35 or 36. We are only a few years apart. There is a new generation, of course, but that new generation still hasn’t won anything.

Have your experiences in WEC, in the Dakar, and Indianapolis helped? Is there anything you will carry over into F1?

I like your backdrop [a shot of the Indianapolis Motor Speedway]. Yes, definitely. I think one very noticeable thing is the team effort that you do in endurance racing. You work with your colleagues, with your teammates. With another two drivers, you need to share everything for the good of the team. And that different approach of preparing for the weekend is something that hopefully we can do more often here in Alpine as well, between Esteban and myself, especially this year, which is very important in preparation for the 2022 rules.

In Dakar, you have to race every day but in a way survive every day, going from point A to point B, with just your co-driver, in the middle of nothing. It’s about having a different approach to racing. In Indianapolis, the level of detail you have to have working with your engineer, your spotter, and your mechanics, even if everything is more basic in terms of the technology. The level of sophistication in the fine-tuning is maybe greater than in Formula 1. Hopefully, I can take some lessons into the F1 comeback.

What is it about F1 that has brought you back? Do you feel you should have a third title?

No, the main reason was I was sitting by myself after Dakar, and I was thinking about what to do next. The biggest challenge on the table was coming back to F1. I had various things in my head, what I could do differently, how I could improve as a total driver. There were many possibilities. The most appealing and the most challenging was to return to F1 to try to win in the short or medium term. That was the most difficult one but at the same time the most challenging. 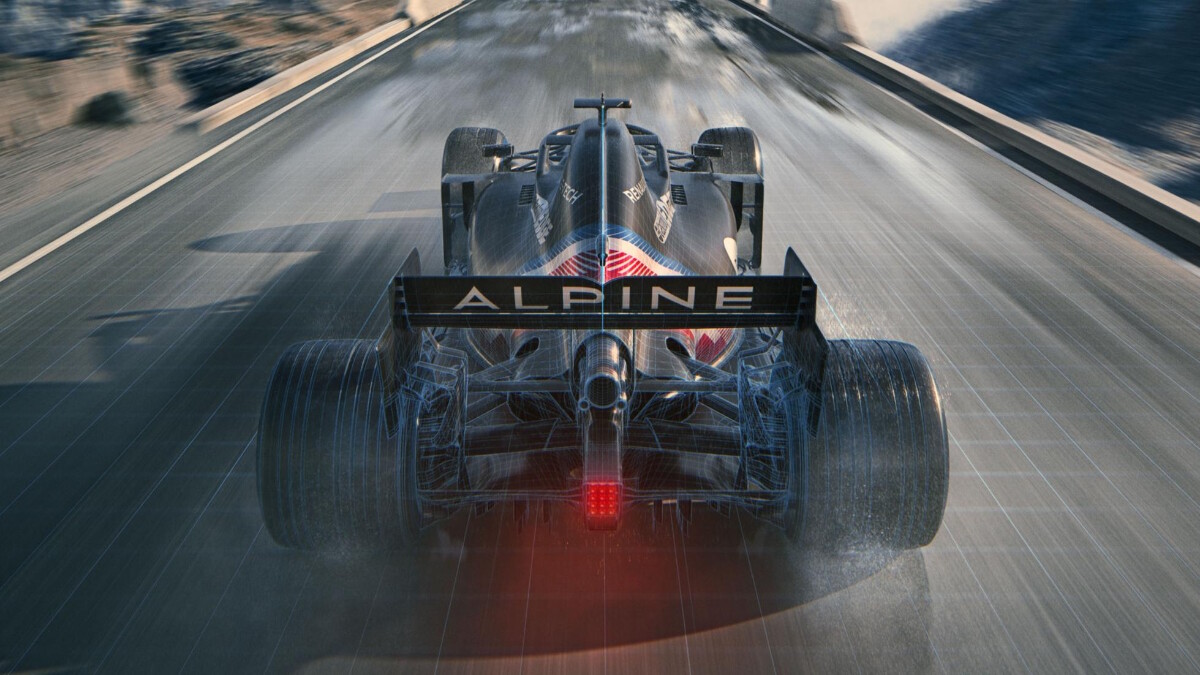