The Terminator is a lover of ‘basic’ cars, convertibles, and long drives

“The more expensive and special cars are, the more stupid it is to have them”
by Vijay Pattni | Oct 26, 2019
CAR BRANDS IN THIS ARTICLE

Arnold Schwarzenegger doesn’t consider himself a petrolhead. Over the course of a short, entertaining discussion in a swanky London hotel room—the big man is promoting his new Terminator movie—it transpires that actually, he really, really is.

“It was never my goal to be into cars—it’s just that I have fallen in love with certain things,” he says, a wee twinkle in his face. “Maybe it’s because I never stopped being a kid.” A laugh, and thus begins a fascinating descent into ‘How Arnold Fell In Love With Cars.’

He recalls his early days in his native Austria, in the aftermath of World War II: “We were occupied by the British after the war. They drove by with tanks and these big trucks, right by our farmhouse. So that’s how I grew up, seeing these big trucks all the time.

“The soldiers would invite us to step into the trucks, and they’d give us candies... it was very sweet. Maybe that stayed with me, and that’s maybe why when I was 18, I wanted to become a tank driver in the military,” he muses. “I became obsessed with these big trucks. That’s why I got into the Hummer, and the other military trucks that I have like the Pinzgauer and the Unimog.”

His love of such big-ticket items is well documented, but it’s his first car that seems almost incomprehensible when you consider this is a former Mr. Universe, bona-fide heavyweight Hollywood star, and of course, the former Governor of California: “My first car was an old Opel Kadett I had when I was in Munich. I was 19 years old, and it had these huge rust holes. I didn’t care at the time. It cost me like, 1,300 Deutsche Marks, so that became my first car.”

What then, does he remember most fondly about this rusty little Opel, that first car that—like so many first cars—ushered in unbridled freedom to a youngster? “I just remembered that it was junk,” he recalls with a resounding laugh. “It didn’t take long for the seat to collapse, so I had to kind of grab myself up and hold onto the steering wheel so I didn’t fall backwards.

“Everything fell apart in that car. I remember using it to visit my parents in Austria, which was like a six-hour drive in the car. I was lucky that the whole thing didn’t fall apart.”

The fate of his poor little Opel remains a mystery. “When I left Germany, I came to England to compete in the Mr. Universe contest, and then went directly from England to America, and left everything in Germany. So I don’t even know what happened to that car.”

America became the promised land, at least in terms of the cars he soon brought into his life: “Two years later, I got a Volkswagen—just a regular Beetle. Then I had a BMW 1600, and after that, a Mercedes 450 SE.

What, Top Gear asks, currently resides in his garage? “I have an electric Hummer and an electric G-Wagen,” he responds. “I have the GMC Yukon, which I never park inside. Then I have garages at the airport—there I’ve got two biofuel Hummers, and one hydrogen Hummer. I’ve also got an Excalibur convertible, another Hummer, and a Ford station wagon.”

He also used to own a Bugatti Veyron Grand Sport Vitesse...which he himself admits was a ‘headache.’ “The more expensive and special cars are, the more stupid it is to have them,” he tells us. “I had the Veyron for three years. I didn’t regret having it, but I drove 1,200 miles (around 1,930km) in three years. I mean, I almost didn’t use it!”

He tells us how there were “literally three places” he could use it—the Waldorf Astoria in Beverly Hills, the Fairmont in Santa Monica, and a restaurant where he’d have to phone ahead of time so he could actually park it somewhere decent: “I could not just go up the Pacific Coast Highway and pull into a restaurant and have the attendant take it. These things become more of a headache, especially with the ground clearance the Bugatti had as well.”

A beat. And then another smile. “But you have to go through with it. You know when you buy it that it’s a mistake, but it’s just one of those things,” he concedes. “I found that the more basic a car is, the more fun you have, and the more relaxed you can be.” He points to his daily—that black GMC Yukon—which he uses in “the daytime, in the snow,” and that wild Excalibur convertible: “It is the most fun car to drive. I just love convertibles.”

He also loves to just drive. “You can think,” he explains. “Your mind starts wandering, you start to have wonderful daydreams, and sometimes it’s where I create my goals, while I’m on a long drive. In town I like to be driven, but I think long-distance driving, when you drive by yourself...that’s when you can do a lot of thinking.”

He also laments the fact that cool (electric) concept cars we see at motor shows don’t always make it into production—“it’s just for publicity,” he says—and is especially mad that Mercedes didn’t release an electric version of the new G-Wagen. And he speaks with authority, a) having stood side by side with former Daimler boss Dieter Zetsche at the new G’s unveil in Detroit last year, and b) as custodian of that aforementioned electric G.

“Mercedes had a really good chance with the new G-Wagen,” he says, “to go and say we’re going to make two, an ‘e’ version and the powerful one, to give the people two choices. But nothing happened.” He points to his very own last-generation G-Wagen: “We sent it to a company in Austria called Kreisel, and they put an electric engine into it with 500hp.”

Five hundred horses? That’s...punchy. “I can’t even use all that power, it just flies,” he laughs. “It’s much faster than the old 6.3. You have immediate torque.”

A pause. “So I said to the guy at Mercedes, ‘Wait a minute, this little Austrian company that has like 40 people employed, they can build an electric engine for a G-Wagen, but Mercedes can’t?’

“I said, ‘Are you out of your f***ing mind when you say something like that?’”

Another laugh, and with that, our time with the Terminator himself comes to an end. See? He does really like his cars. 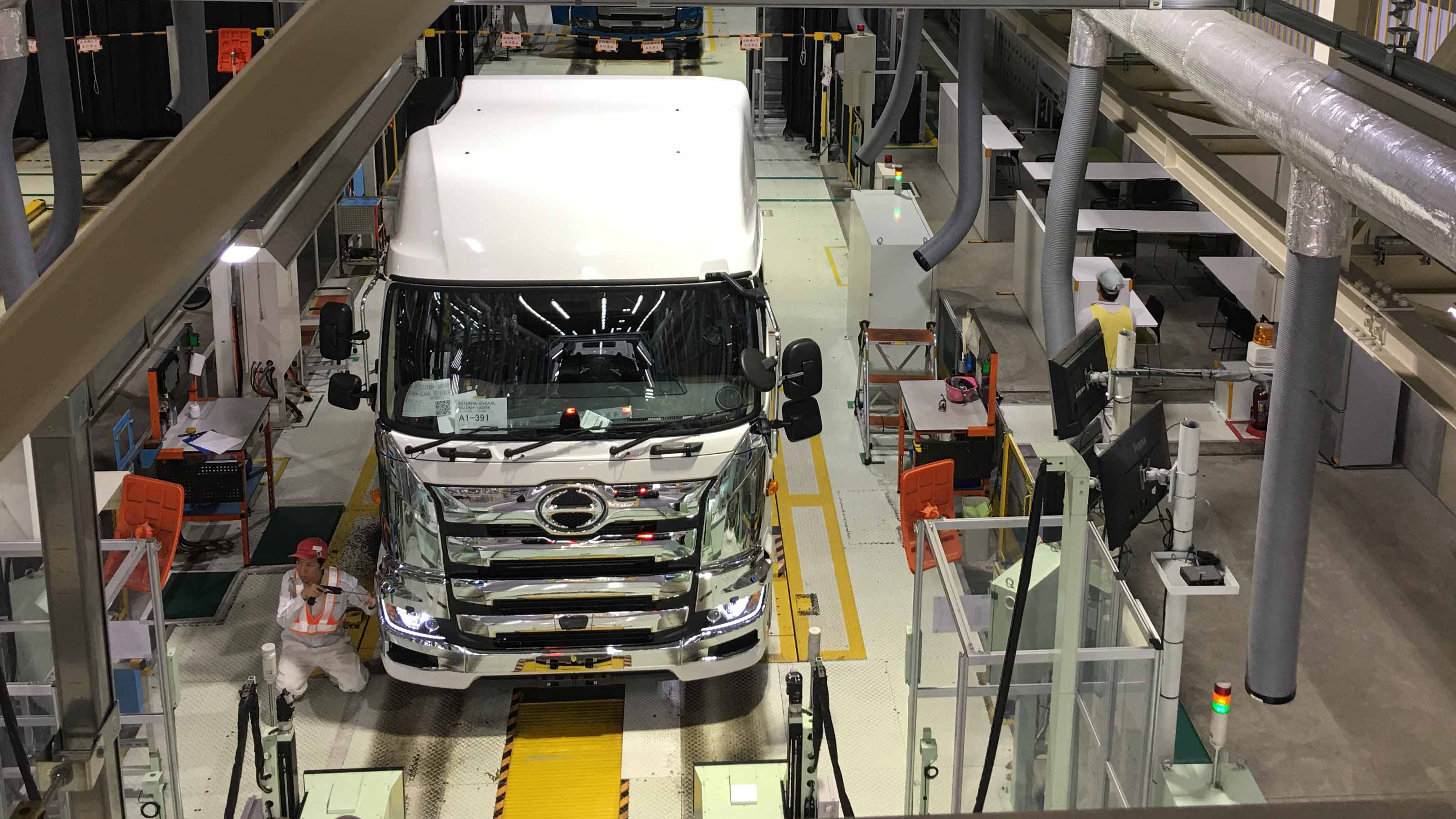 This truck-monitoring technology will soon make our roads safer
View other articles about:
Read the Story →
This article originally appeared on Topgear.com. Minor edits have been made by the TopGear.com.ph editors.
Share:
Retake this Poll
Quiz Results
Share:
Take this Quiz Again
TGP Rating:
/20