My car is an 'appliance,' and this is why I love it 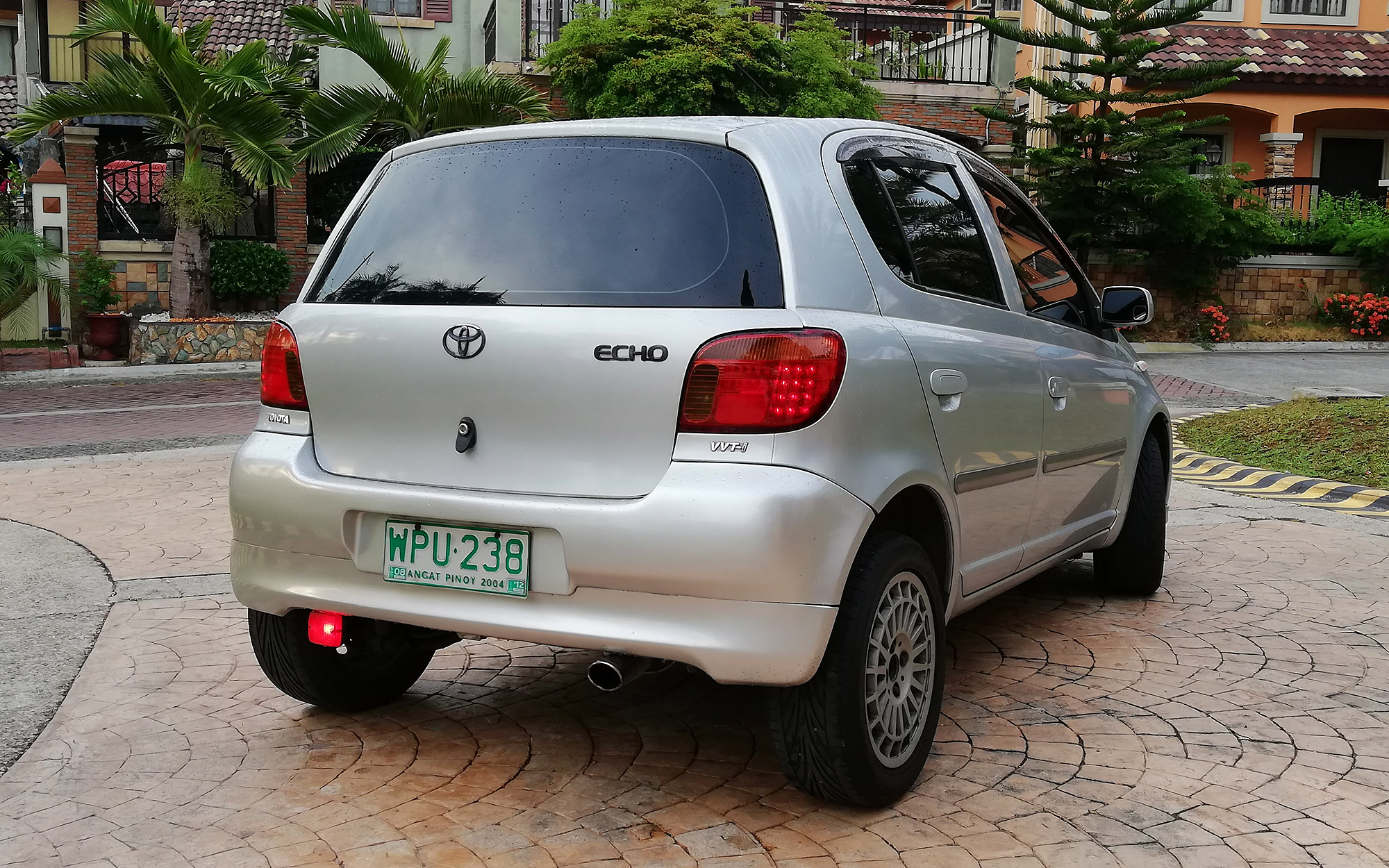 'It was intended as a spare car, but I realized that it is just easy to drive, and so much fun.'

I have a little 2001 Toyota Echo, which is the first generation Yaris or Vitz in other markets. It’s an 18-year-old hatchback with about 200,000km logged in its odometer.

It’s a beater, which is short for an 'egg-beater' or an appliance. Colloquially, a beater car is one that’s used as a daily driver to minimize wear on a nicer automobile. Ordinarily, it’s an older vehicle that you don’t mind getting dirty, scratched, or even dented.

It’s a car that you don’t really care that much about. But oddly enough, I love my beater!

I bought it as a seven-year-old secondhand from a very good friend. His sister had run the car’s first 90,000km. The Echo drives smoothly. It has an automatic transmission, and its shifts are almost imperceptible.

Best of all, it drives inexpensively. With a tiny 1.3-liter engine, it can take you everywhere just by topping off its small fuel tank. And it asks nothing from me—just fuel and oil changes. Even the tires and brakes last quite a while, because it’s so small and light.

I put high performance tires on this hatchback. Hey, just because it’s a beater car doesn’t mean I can’t have fun with it!

The Echo gets driven a lot. It’s actually my go-to car for most errands that require me to go into the city or anywhere that’s congested. But nowadays that’s just about everywhere.

When I first bought it, it was intended as a spare car. But I realized that it is just so easy to drive, and so much fun. It’s like driving a golf cart. You sit on a chair that's high, almost like an SUV but without carrying the weight of an SUV.

As it’s so light and you can see out of it all around very easily, parking and maneuvering in tight areas is a breeze. As such, parking is hardly ever a problem. You can always find a parking space for it because it’s so small. And even if the space is tight, you don’t really mind because you don’t really care if it gets door dings from other cars.

The stock suspension is quite decent, too—for the street I mean. Not too stiff, not too soft. Just enough for spirited driving on twisty roads.

'Nobody notices a beater car. And even if it did get scratched or dented, you don’t really care.'

But it’s by no means perfect. I did take it to a racetrack once, and it was horrible. The front tires pushed and understeered like a pig. But that’s okay, because this really isn’t the car to take to the racetrack. There are other rides more suited for those activities. This is strictly a point-A-to-point-B car, and that it does very well.

I can’t say those things about other vehicles that are deemed to be 'special.' Whether your 'special' ride is a sports car, a luxury automobile or an SUV, that particular car will probably give you headache when you use it around town. Not because there’s something wrong with it, but because of the environment. The environment is that of a congested modern metropolis that requires something that can take a abuse because of the other careless drivers around you and the rough potholed roads.

I once took my nice, shiny sports car to the mall. I parked in an area where there were hardly any other vehicles, so it would be safe from door dings. When I got back, somebody had deeply scratched the hood. It was very upsetting. I had to go to a paint shop to have it fixed. Then there’s the issue of getting the right shade. That’s just part of the trouble with nice cars—it attracts attention.

Meanwhile, nobody notices a beater car. And even if it did get scratched or dented, you don’t really care. A motorcycle ran into my Echo once, and a fender got bent. I was able to get a fender from a surplus store—in the same color! We took off the bent fender, put in the used one, and off I went. Easy.

I like this 'appliance' so much that I’ve taken the liberty of dressing it up a bit. Okay, that's probably out of bounds, but it really is just a part of me—I can’t leave a car well enough alone and drive it stock.

I’ve put in some aftermarket wheels. I also took out the stock seats and put in some Recaro seats, which I am very fond of because that snug tight seat with the perfect driving position makes me feel like I’m in a race car.

This humble hatch can also accommodate my steering wheel collection. Its original tiller never had any electronic controls like modern cars do, which allows me to put any wheel I want from my vintage collection.

Let’s face it: No matter how special your car is, the more familiar you get with it, the less special it becomes to you. If you drove a fancy sports car every day, you’ll find something wrong with it. And that issue will grate on you the more you drive it.

Having a beater and driving it every day will make your special ride all the more out of the ordinary when you get behind its wheel. Like in the early morning on weekends when most of the world is in bed and the roads are relatively traffic-free.

On the surface, we all want to have nice, special automobiles—ones that have presence, rides that are luxurious, or cars that are sporty, and invariably with a perfectly smooth and shiny paint job. But to take a vehicle like that out into the public streets where the environment is akin to a battlefield, the chances that you’ll be upset at the end of the day are pretty high. Save yourself the trouble. Most of the time, what you want is peace of mind. Get yourself a beater. 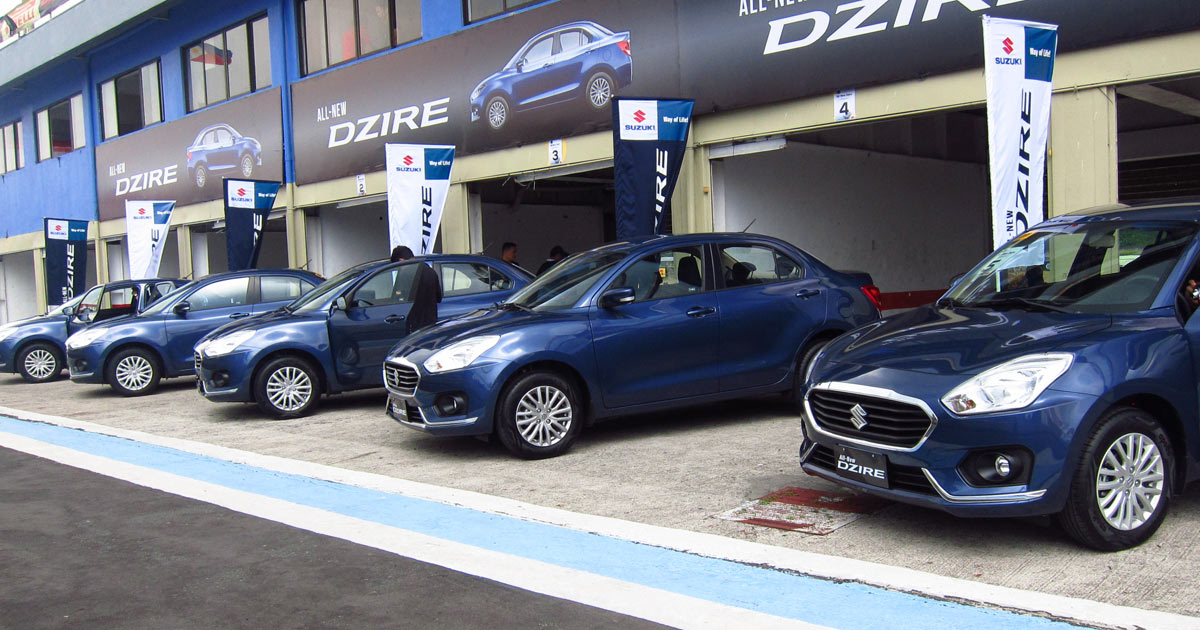 10 images: Suzuki Dzire on the racetrack
View other articles about:
Recommended Videos
Read the Story →
This article originally appeared on Topgear.com. Minor edits have been made by the TopGear.com.ph editors.
Share:
Retake this Poll
Quiz Results
Share:
Take this Quiz Again
TGP Rating:
/20