Can GOT’s Gregor ‘The Mountain’ Clegane fit inside a Mini Cooper?

At six feet, eight inches tall and 425lbs, Hafþór Júlíus Björnsson—one of the planet’s strongest men and the dude who played the fearsome Sir Gregor ‘The Mountain’ Clegane in Game of Thrones—is one big-ass mound of muscle.

The 30-year-old once tried to squeeze himself into Ken Block’s Ford Mustang RTR ‘Hoonicorn’ at the Forza Horizon 4 launch event in 2018. He wanted to ride shotgun but, as you can probably guess, things didn’t pan out.

“I’m a big fan (pun intended) of his work on #GoT and I think he’s a fan of my Ford Mustang Hoonicorn V2; minus the fact he didn’t fit in it for a ride,” Block shared on social media afterward.

That isn’t going to stop Björnsson from trying to fit inside a Mini, though.

“Should I get myself one? This bad boy fits perfectly,” he wrote in the caption of an Instagram post. The photo? One of him trying his best to sit in an orange Mini Cooper’s front seat.

We feel for the car’s suspension. Seriously, the dude looks like he’s sitting on a small couch—or, as the top commenter put it, “Nice backpack.”

Maybe if he cuts a hole in the roof or turns it into a convertible? Or maybe he should stick to pulling vehicles instead of trying to get inside them. Look:

So, what do you think? Should he buy himself a Mini Cooper? 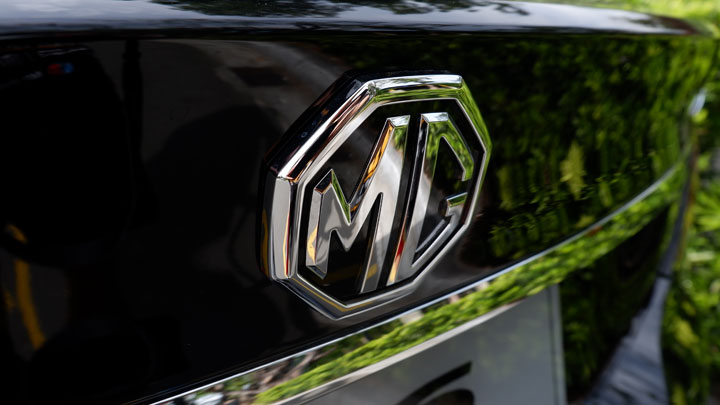 MG is offering sweet deals until the end of September
View other articles about:
Read the Story →
This article originally appeared on Topgear.com. Minor edits have been made by the TopGear.com.ph editors.
Share:
Retake this Poll
Quiz Results
Share:
Take this Quiz Again
TGP Rating:
/20