Mercedes-Benz versus BMW. It’s one of the age-old corporate head-to-heads that has been barging about since God was a teenager, a happy little war that has been fought on racetracks and roads, development centers and code farms. And it still goes on: These days, it’s the M Division of BMW slugging it out with Merc’s own AMG for fast-premium dominance.

But the one face-off that really got the fires burning happened way back in the late ’80s—when BMW launched the first E30 M3 to take on the Mercedes-Benz 190E 2.3-16. But given the benefit of hindsight and time...which really was better? 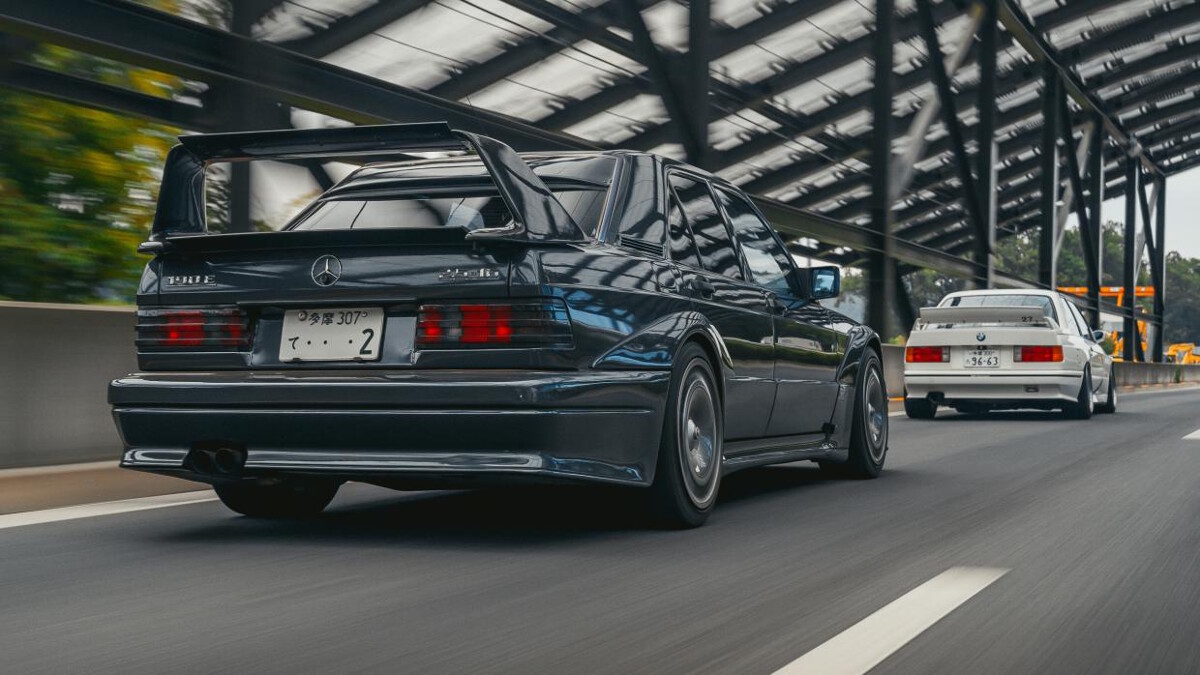 The Merc was first in terms of a dedicated performance/homologation variant. The bosses decided that the 190E—which had been designed as a smaller, more affordable Mercedes—needed some racing credibility and originally aimed it at rallying, gunning for naturally aspirated BDA-powered Escorts and the like.

It turned to Cosworth to tune its 2.3-liter in-line-four (the 190 is sometimes called the 190E Cosworth, although not officially), managing a revvy, 16-valve motor with 182hp and what looked like a killer setup. An idea which immediately hit a brick wall when Audi unceremoniously changed the face of the competition with turbocharging and AWD. Oops. 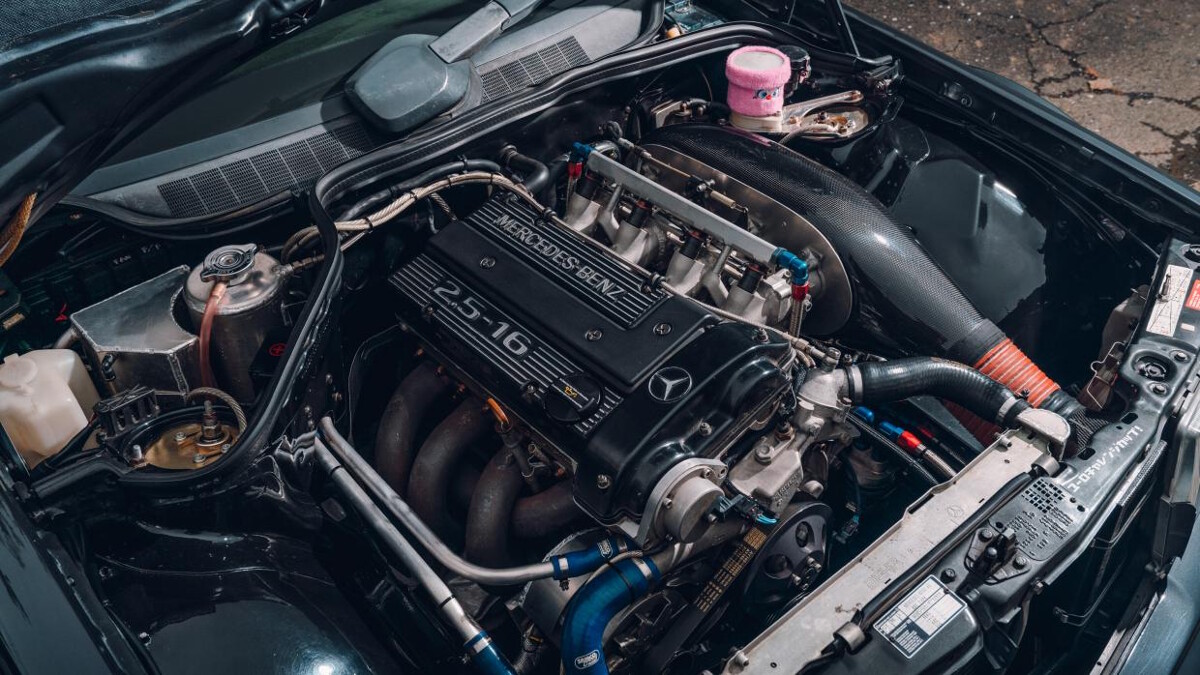 With the car rendered uncompetitive for rallying from the start, Merc went ahead with the launch of the homologation 2.3-16 in 1983, hitting upon a new idea—touring-car racing.

But while they were developing the idea of a competition car, the engineers got a bit bored, and decided to make a little bit of PR noise. As a starter, Mercedes ran a pair of 2.3-16s at full speed around Nardo’s high-speed bowl 24 hours a day for over a week, covering over 50,000km and proving the car’s reliability beyond question. 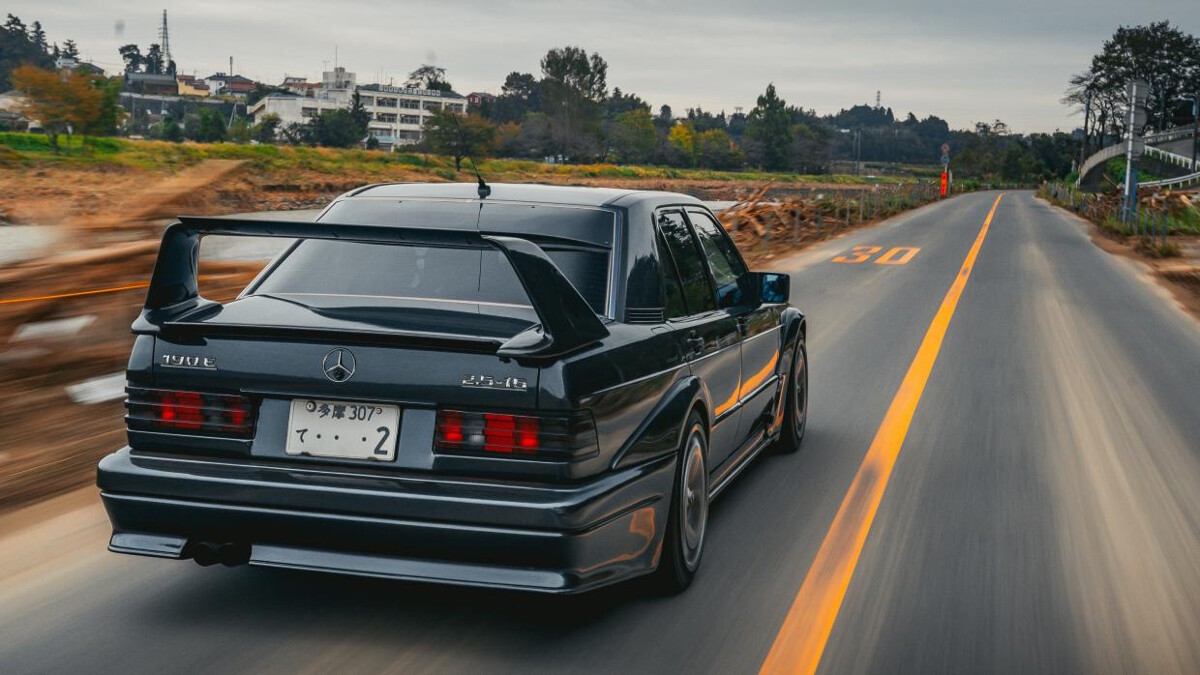 In 1984, the company decided that the opening race at the then-new Nürburgring GP circuit would be held in 20 identical 2.3-16s driven by a raft of contemporary Formula 1 drivers including James Hunt, Niki Lauda, Alain Prost, Elio de Angelis, Stirling Moss, Carlos Reutemann, Keke Rosberg, and John Surtees. The race was eventually won by none other than Ayrton Senna. All very cool. But it wasn’t until 1986 that the 190E made its debut in the German Touring Car Championship—the DTM. 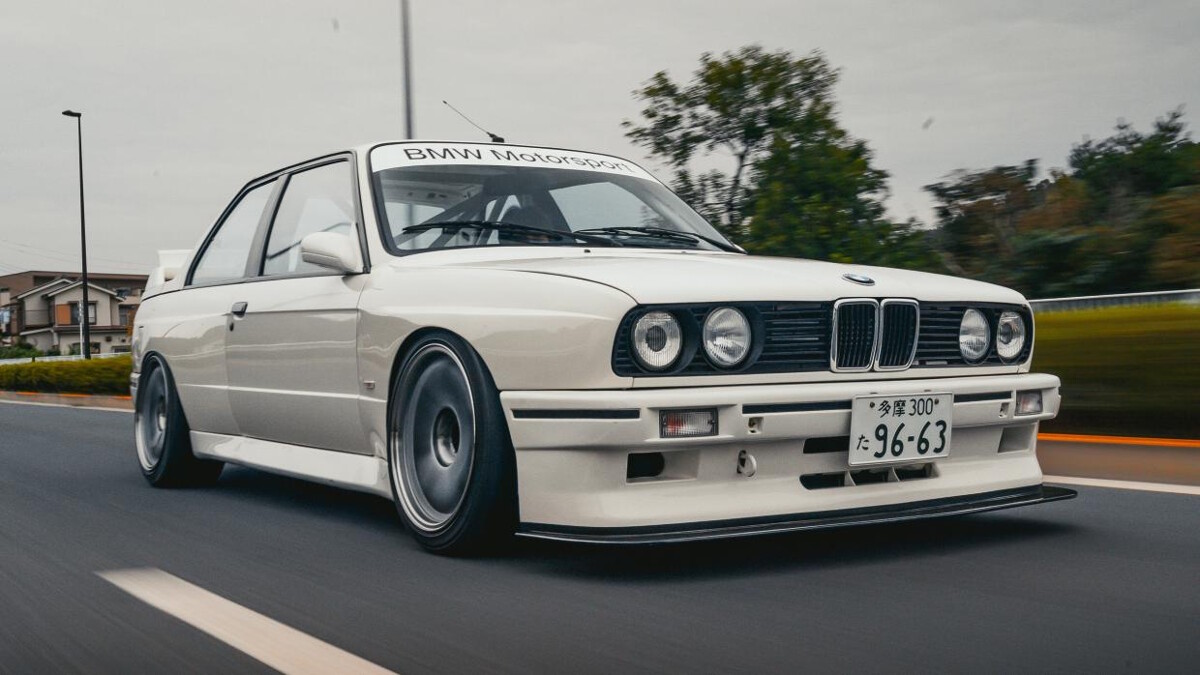 It was at this point that BMW’s competitor, the E30 M3, was pretty much ready for production. Having been shown at the Frankfurt Motor Show in concept guise in 1985, it appeared in production trim in ’86 and hit sales in early ’87. Surprise, surprise, it shared the same basic motorsport-friendly ingredients as the Merc: a revvy four-cylinder engine mated to a dogleg close-ratio five-speed manual, rear-wheel drive, and various body modifications to make it essentially a homologation special. 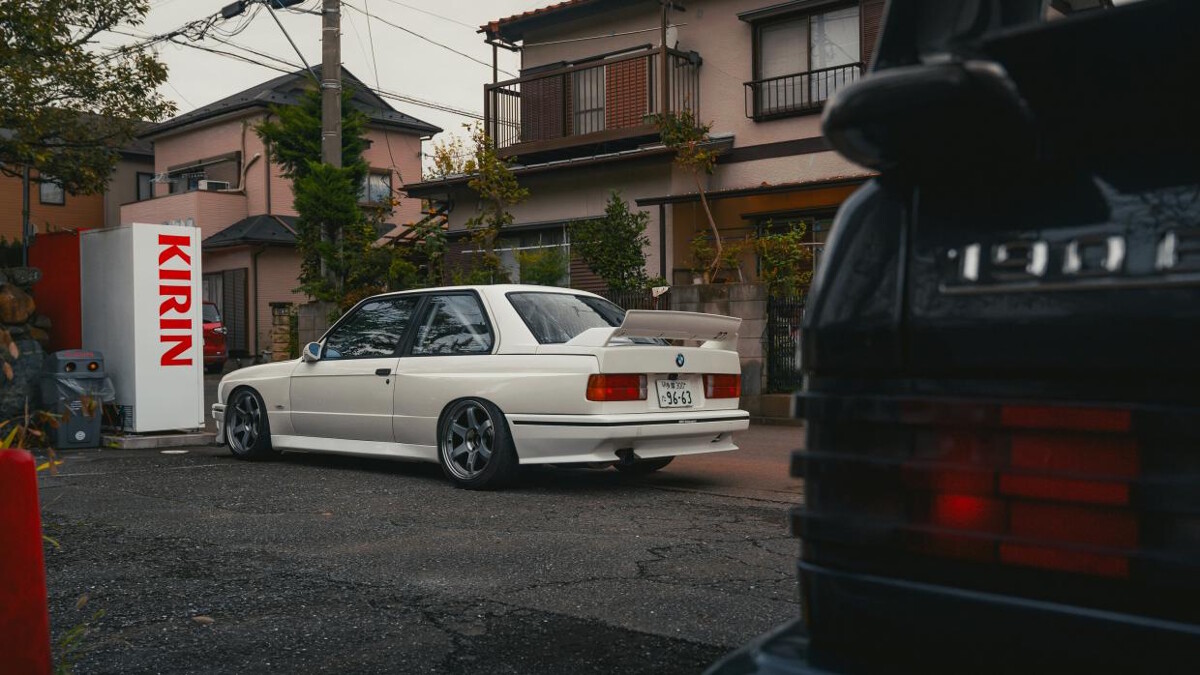 Only the hood and the doors were the same as the regular production car. The windshield was more raked, while the arches and the rear spoiler were more pronounced. BMW was going for Mercedes in a big way. 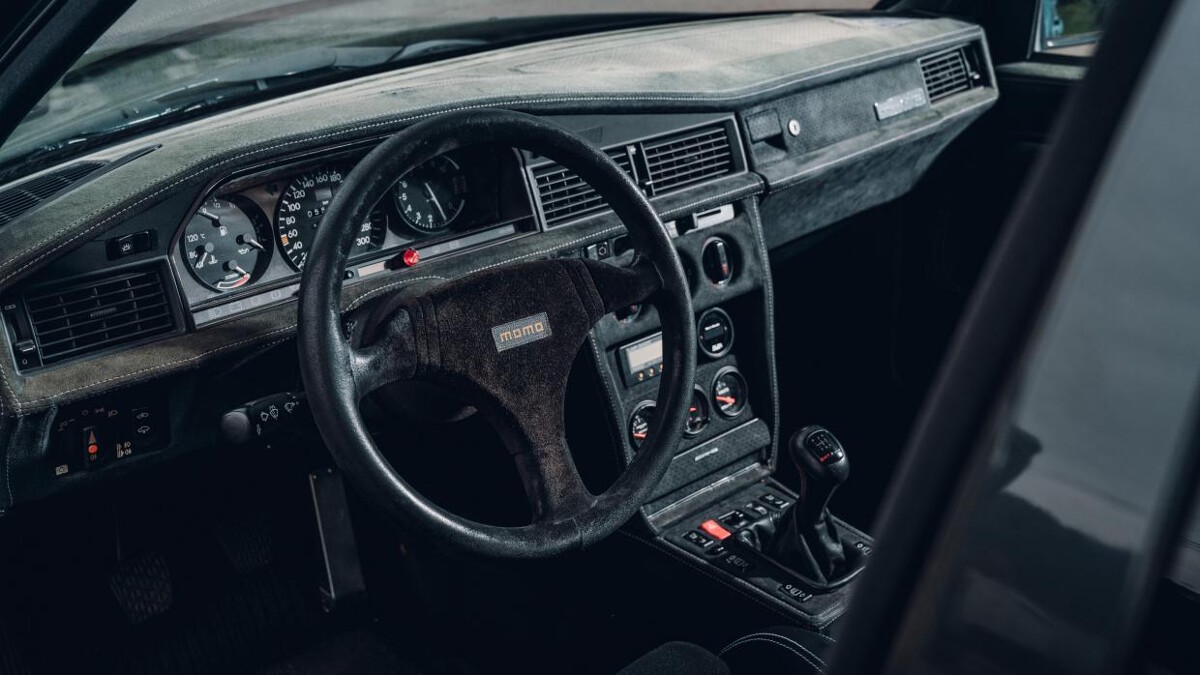 What followed was considered a heyday for touring cars. The Merc and the BMW ding-dong-battled their way through the various series, responsible for some of the most spectacular, fun racing in history.

Unfortunately, despite managing to overwhelm the M3 in a couple of cases, the Merc never really became as dominant in racing as the all-conquering M3. In terms of stats, the BMW really does hand out a smackdown, winning various European race series several times over in the following years. In fact, it took the appearance of the faster, larger-engined 190E 2.5-16 Evo II in 1992—in the hands of a chap called Klaus Ludwig—to take the DTM honors from the dominant BMW. 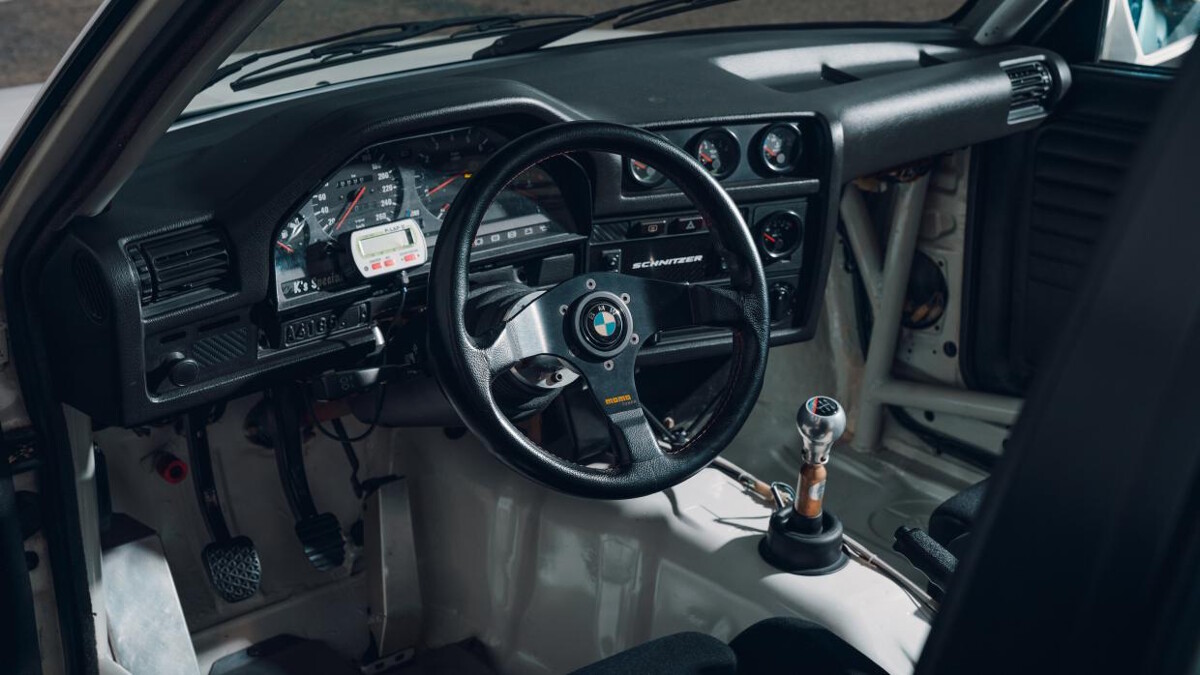 Why? Well, even in road trim, the BMW was lighter and more powerful than the built-to-last Mercedes-Benz. While the M3 is pin-sharp and aggressive—especially in the later Evo specification—the 190E didn’t get excessively hard-core until the Evo II much later in its life. It was a little more comfortable, the pendulum swung closer to a usable daily fast car than the BMW’s road-legal racer—even being available as an auto, not something offered by BMW in the M3. Despite being very close in terms of layout, specs and power, the 190E 2.3-16 ended up being homologation lite, where the BMW was always designed for one purpose. 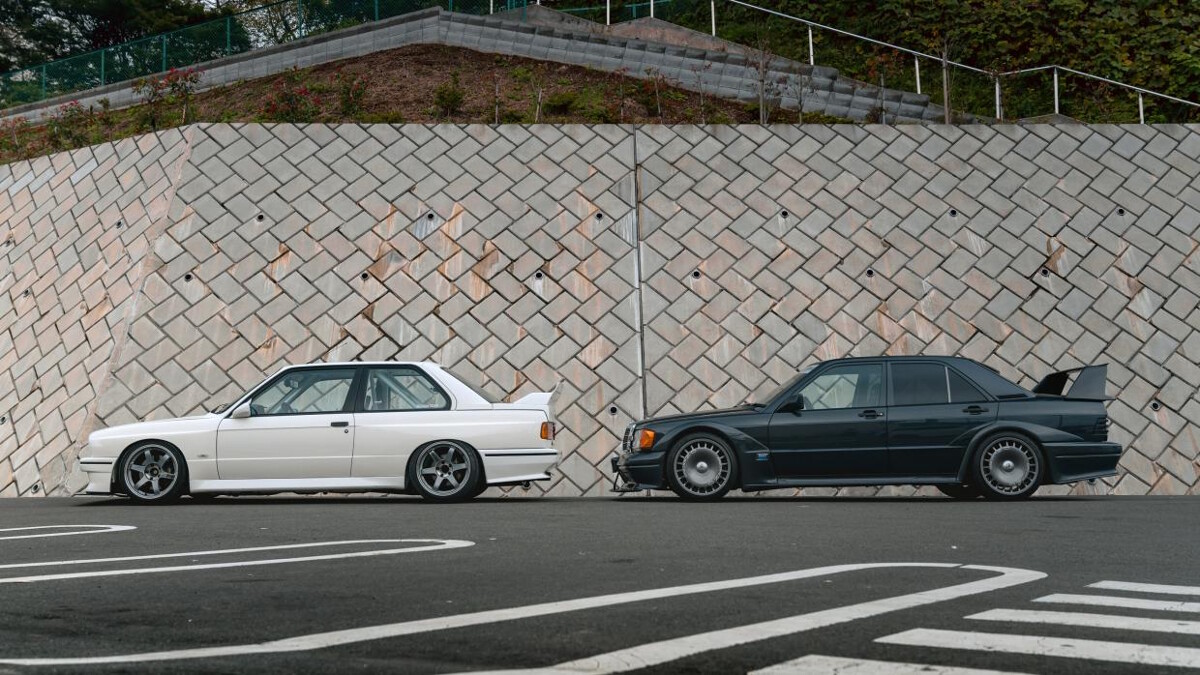 And they’re probably more numerous than the legends would have you believe: Both cars eventually ended up having decent production runs, both rolling out the even rarer ‘Evo’ variants used to homologate more extreme motorsport additions. 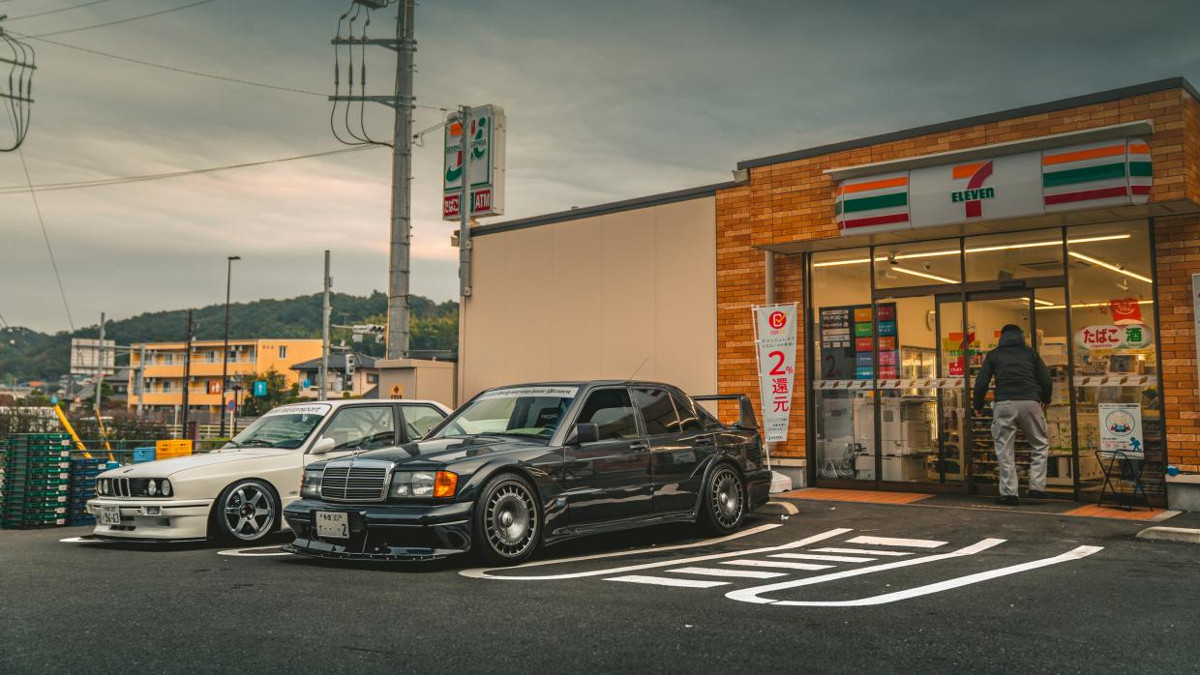 Which means that even though these two cars are comparable in most ways, fought on the same battlefield, and ended up unerringly referred to in the same breath, they don’t really match up. BMW dominated the contemporary motorsport fight, and the M3 was faster, lighter, and more aggressive on the road. But while both were criticized for being a little outré when they were released (hard to believe now), the Merc still had that dash of subtle magic about it. The M3 became a kind of populist poster-boy, but the 2.3-16 ended up a slightly less well-known hat tip for those in the know. A bit less obvious, just that little bit cooler.

So, which is better? In objective terms, it’s the E30 M3 all day. More subjectively...well, we’ll leave that up to you. 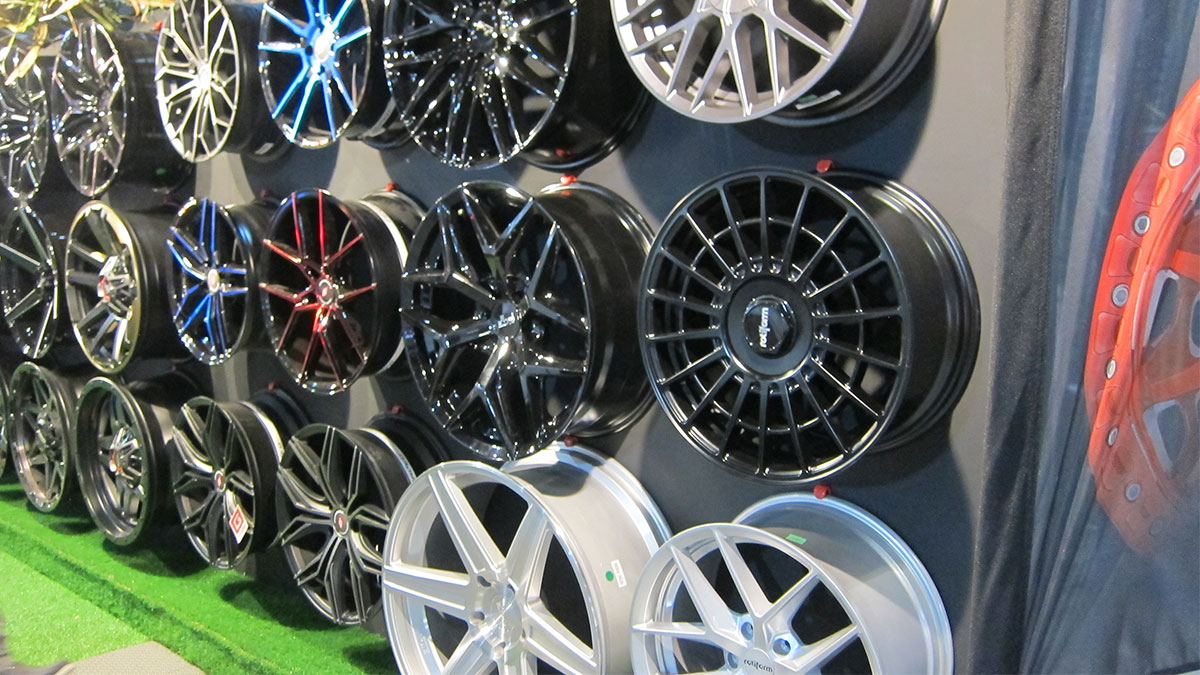 Here’s a list of gifts you can get your car this Christmas
View other articles about:
Read the Story →
This article originally appeared on Topgear.com. Minor edits have been made by the TopGear.com.ph editors.
Share:
Retake this Poll
Quiz Results
Share:
Take this Quiz Again
TGP Rating:
/20