Ford Maverick vs. Hyundai Santa Cruz: What we know so far of these two compact pickups

We take a quick side-by-side look at these two compact pickups
by Leandre Grecia | Jun 10, 2021
CAR BRANDS IN THIS ARTICLE

The compact-pickup segment is buzzing. A few months back, Hyundai officially unveiled its first-ever pickup, the Santa Cruz. Then, just this week, Ford pulled the wraps off the new Maverick.

Now, a lot of you are probably wondering which of the two is better. We can’t really say for certain yet because we’ve yet to try either of them out. For now, what we can do is look at the photos and the spec sheets.

In terms of styling, the Maverick is the more macho-looking between the two. It’s got the expected Ford design cues: brooding grille and an overall boxy physique. The Santa Cruz, meanwhile, looks a lot more elegant. It has more prominent curves and sharper lines, and its front fascia looks much classier than the Maverick’s, too. 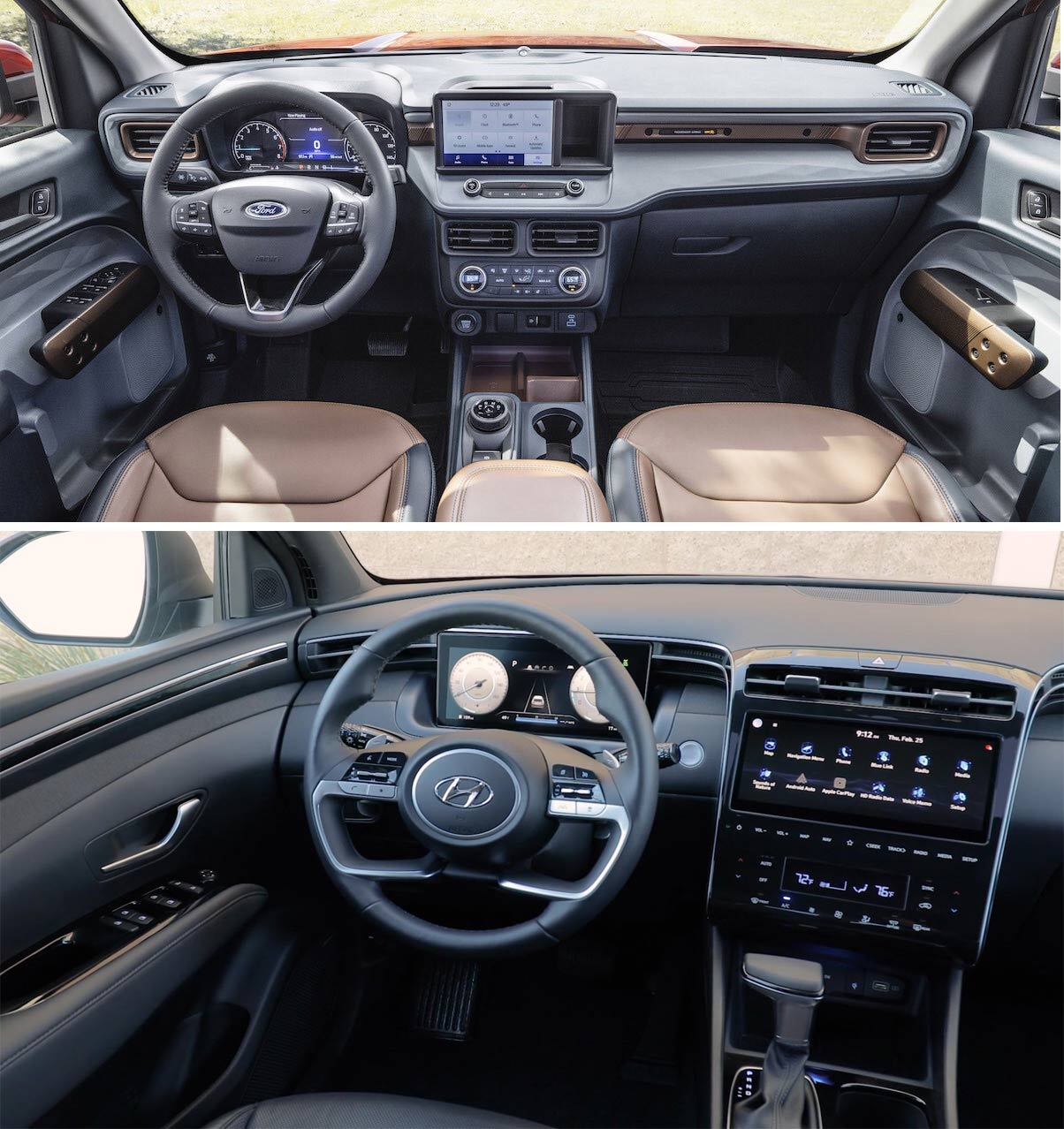 The same can be said about the interior. Comparing the top-spec Maverick with the Santa Cruz, the Ford is more rugged and utilitarian with more tactile buttons found on the center console and the dash. The blacked-out cabin on the Hyundai has much fewer accents, but it also looks a whole lot simpler as well. 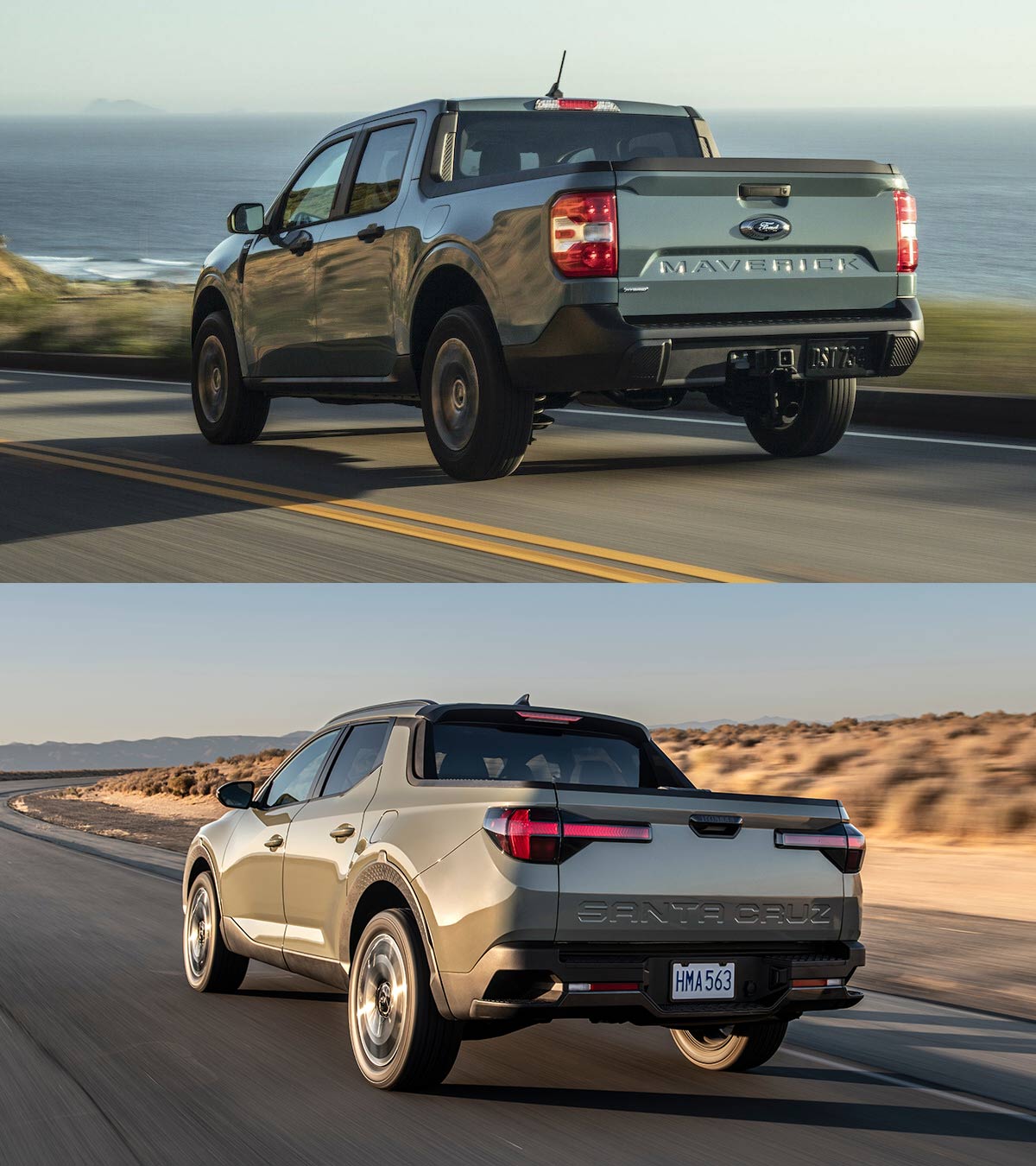 There are a couple of powertrain options available for both of these trucks. Standard with the Maverick is a 2.5-liter Atkinson-cycle four-cylinder hybrid powertrain with a total system output of 191hp and 210Nm of torque; this is mated to a CVT that sends power to the front wheels. It can also be had with a 2.0-liter EcoBoost gasoline mill that generates 250hp and 375Nm, mated to an eight-speed automatic. Both 4x2 and 4x4 drivetrains are available.

As for Hyundai’s truck, it can be spec’d with a 190hp, 244Nm 2.5-liter naturally aspirated four-cylinder engine or a 275hp, 420Nm 2.5-liter turbocharged four-banger. The nat-asp mill is mated to an eight-speed hydraulic automatic gearbox, while the one with a turbo gets an eight-speed DCT. Both engine options come with Hyundai’s HTRAC AWD system. 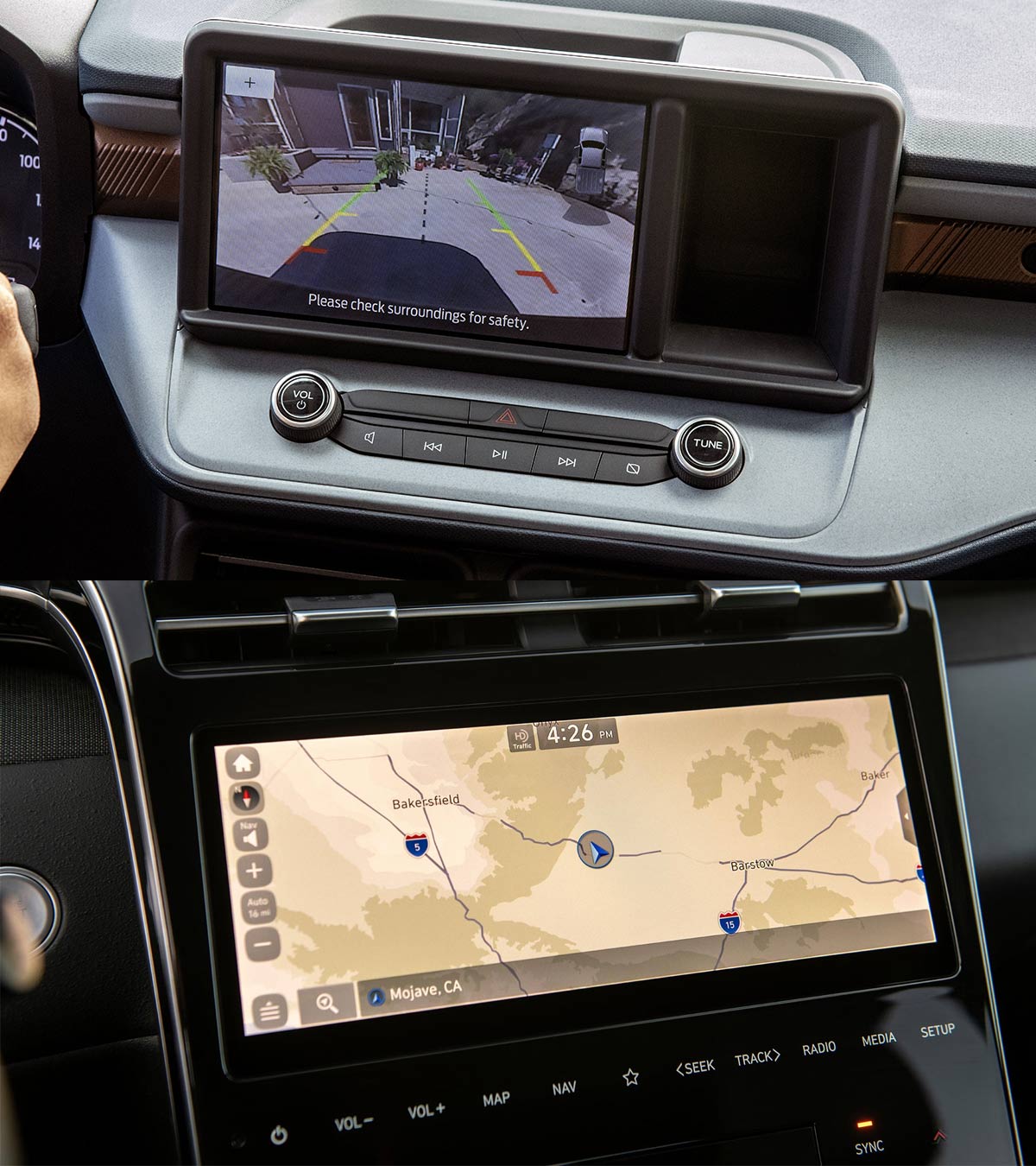 There are a host of added features in these two as well. The Santa Cruz boasts a 10-inch infotainment coupled with a Bose audio setup. This can be paired with an optional 10-inch digital cluster as well.

The Maverick? It’s got a smaller eight-inch infotainment system, but this one features FordPass Connect with an embedded modem that can provide Wi-Fi connectivity for up to 10 devices. 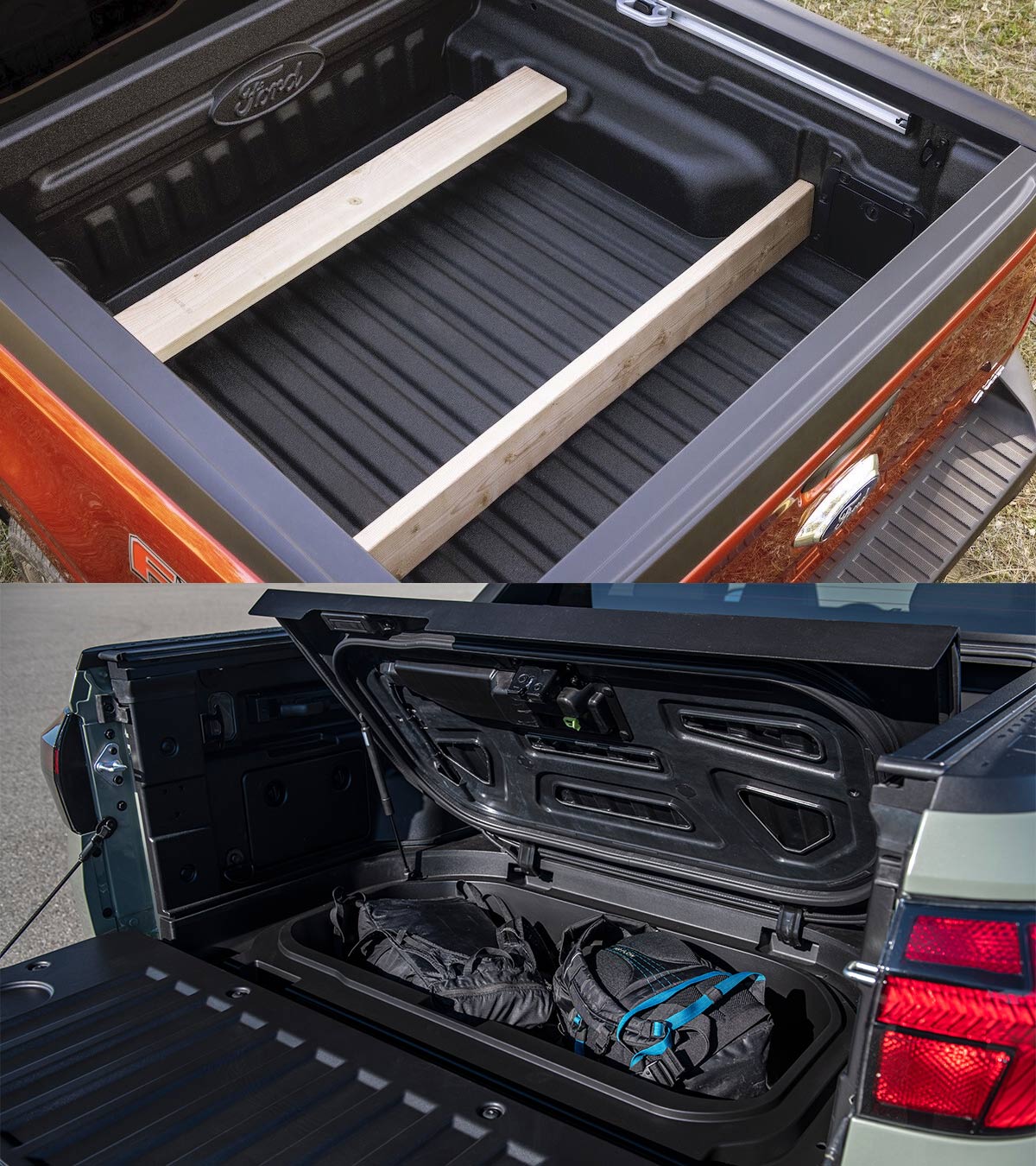 In terms of safety features, both come with a wide range of added tech. We won’t discuss everything in detail here, but what’s worth noting are the beds on these two trucks. The Santa Cruz’s open bed comes with a lockable tonneau as well as hidden storage, while the Maverick gets Ford’s nifty Flexbed. Apart from providing built-in storage and a power outlet, the Flexbed allows various customization options for more organized storage or loading of cargo.

Between the two, the Santa Cruz has the shorter bed, stretching 1,229mm long; the Maverick’s bed measures 1,372mm. 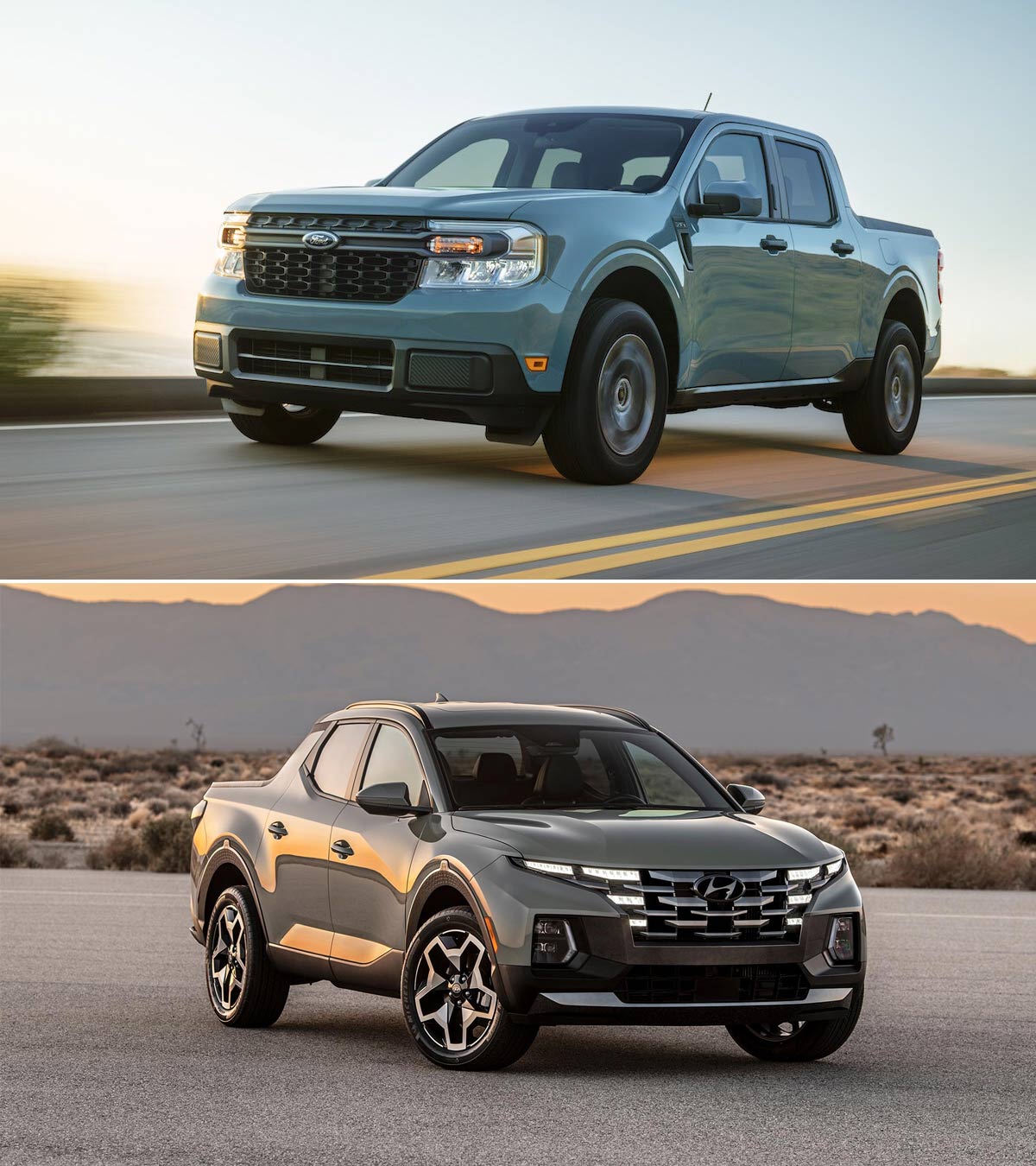 The Maverick starts at $20,000 in the US. No US pricing for the Santa Cruz has been announced as of this writing, so we won’t compare the SRPs of these two. But if both of these were available in our market, which of these would you go for? Tell us in the comments. 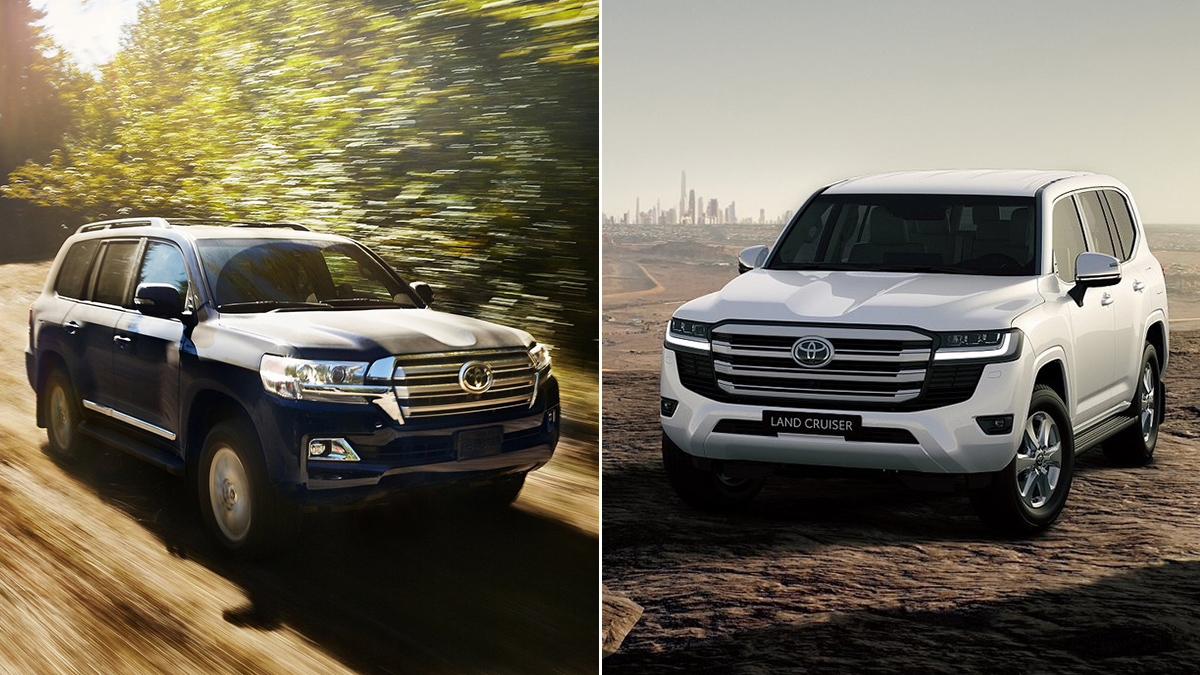 Style review: The Toyota Land Cruiser might now be the boxiest SUV in the business
View other articles about:
Read the Story →
This article originally appeared on Topgear.com. Minor edits have been made by the TopGear.com.ph editors.
Share:
Retake this Poll
Quiz Results
Share:
Take this Quiz Again
TGP Rating:
/20