This is a first, a flying concept car!

Well, hold on, it doesn’t actually fly—it’s just pretending to. This is the General Motors Firebird I concept from 1954—the first working gas turbine car in the US.

Although it wasn’t called the I when it was first built, because the second one didn’t exist yet. Actually, it was initially called the Firebird XP-21, part of GM’s experimental portfolio.

It doesn’t fly? What’s even the point of the Firebird I? 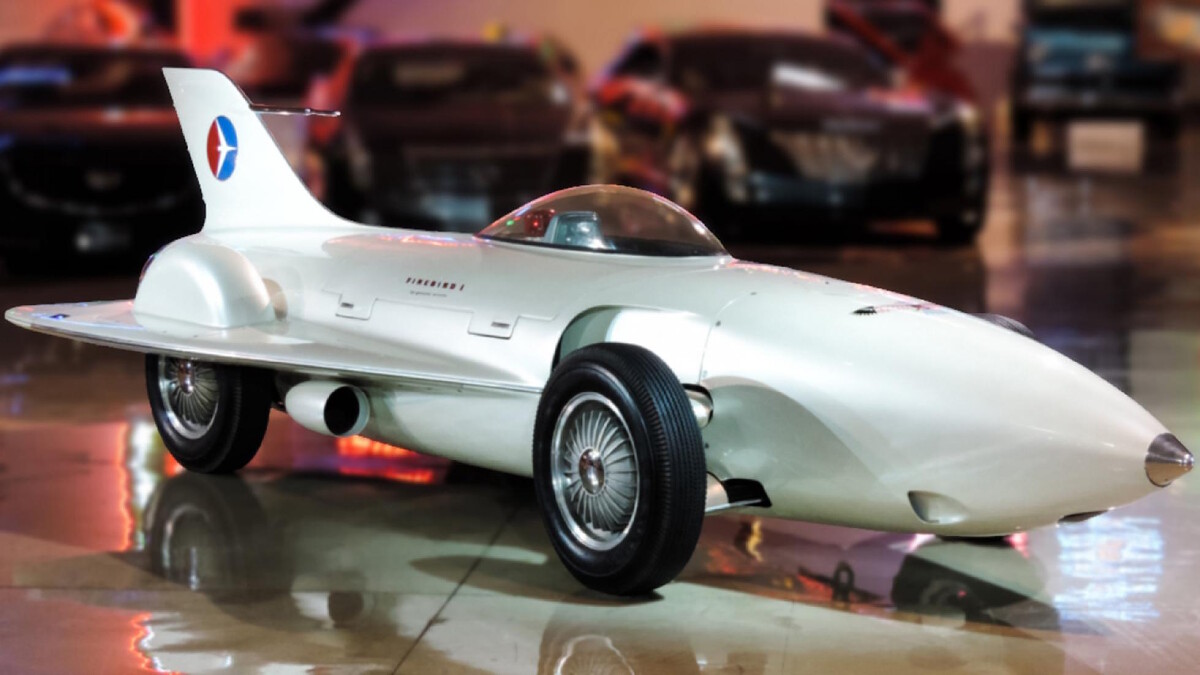 The Firebird concept was initiated by GM’s legendary head of styling, Harley J. Earl, who defined an era with his iconic designs and invented the notion of the concept car as a tech and design showcase. The fiberglass reinforced plastic body was designed by Earl, complete with ‘needle’ nose, delta wings, tail fin, and plastic bubble over the cockpit—all finessed in the wind tunnel.

Of course, the Firebird project was really the baby of mad scientist Emmett Conklin, who worked for General Motors on the scheme to develop a working experimental gas turbine car. He’d been at GM since the ’20s, first as a mechanic and then a test driver at the company’s proving ground.

What was General Motors thinking? 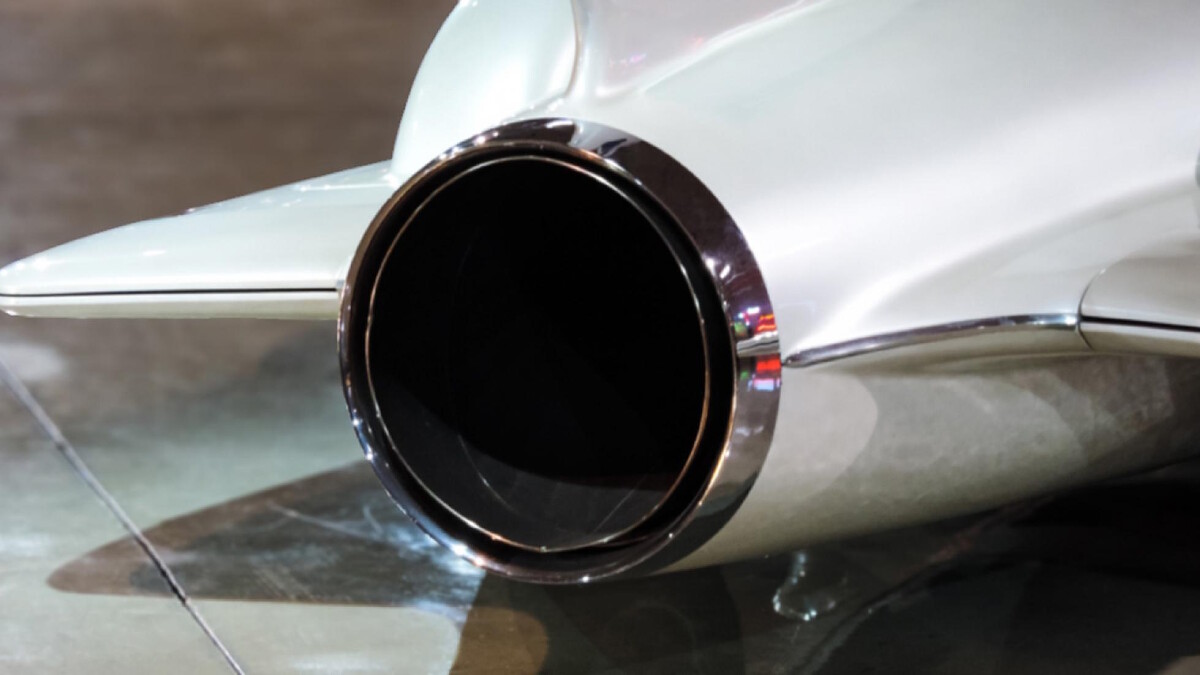 With the conclusion of World War II, there was obviously a keen interest in the automotive industry to see whether any of the newly developed technology for fighter planes would translate to the road. Add to that a fascination among the general public for the jet age, and developing a car like the Firebird I seemed good PR if nothing else. Was it successful? Well, you could argue either way. Did it contribute to long-term technical development? Not really. Did it look kind of cool? Yes.

What’s actually under the hood? 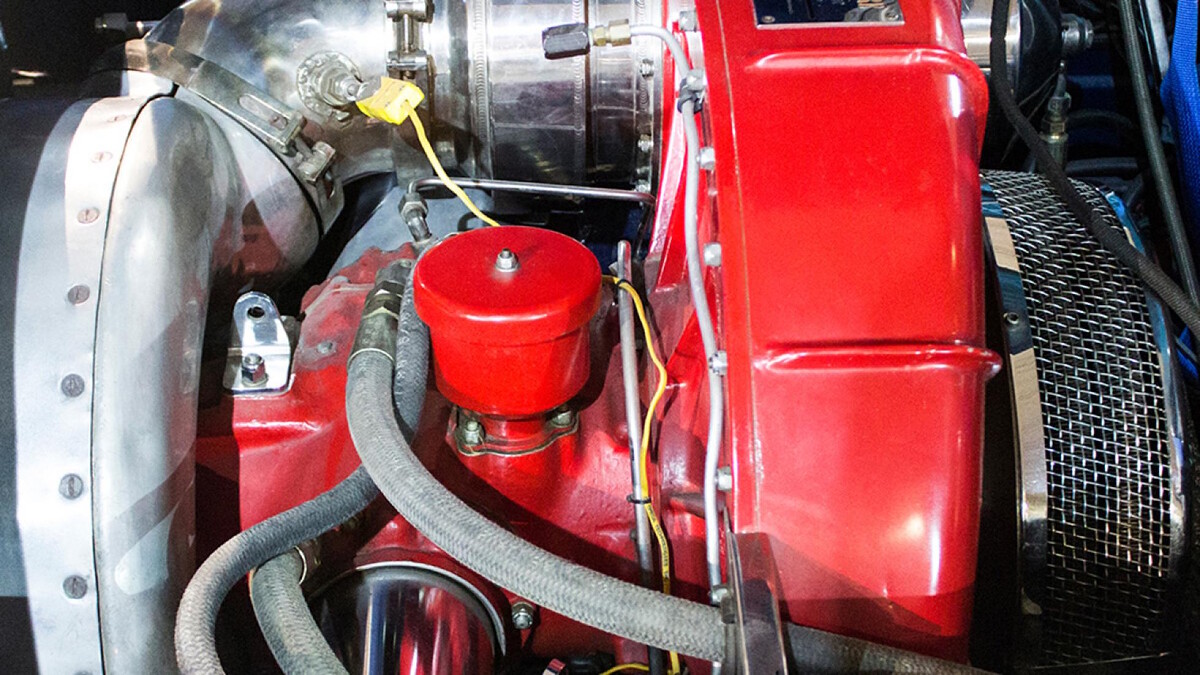 Technically, there’s no hood—it’s a glassfiber reinforced plastic cover behind the cockpit, but that’s a mere detail. GM said that its Whirlfire Turbo-Power unit “closely resembles a jet engine,” which is fairly spot-on. Instead of a giant afterburner, the energy from the main engine was directed through the car, powering turbines that powered the wheels. The powertrain was developed by Charles L. McCuen, head of GM’s research division.

You ready for the mildly complicated part? This is literally rocket science. Compressed air is shot into the engine at 3.5 bar, mixing with kerosene in the two combustion chambers and set on fire, the exhaust gases powering the turbine that compresses the air in the first place, then being sent toward the second turbine that powers the rear wheels via a two-speed transmission. Phew!

The wheels were designed with drums outside rather than inside, to help cooling (there’s no engine braking to help here, but there are giant air brakes on the fake delta wings), and rather terrifyingly the 35-gallon fiberglass fuel tank sits in the nose in front of the driver.

The engine produced 365hp at 26,000rpm, making it even higher-revving than a lightly modified Honda Civic.

One seat, no luggage space—it’s basically useless isn’t it? 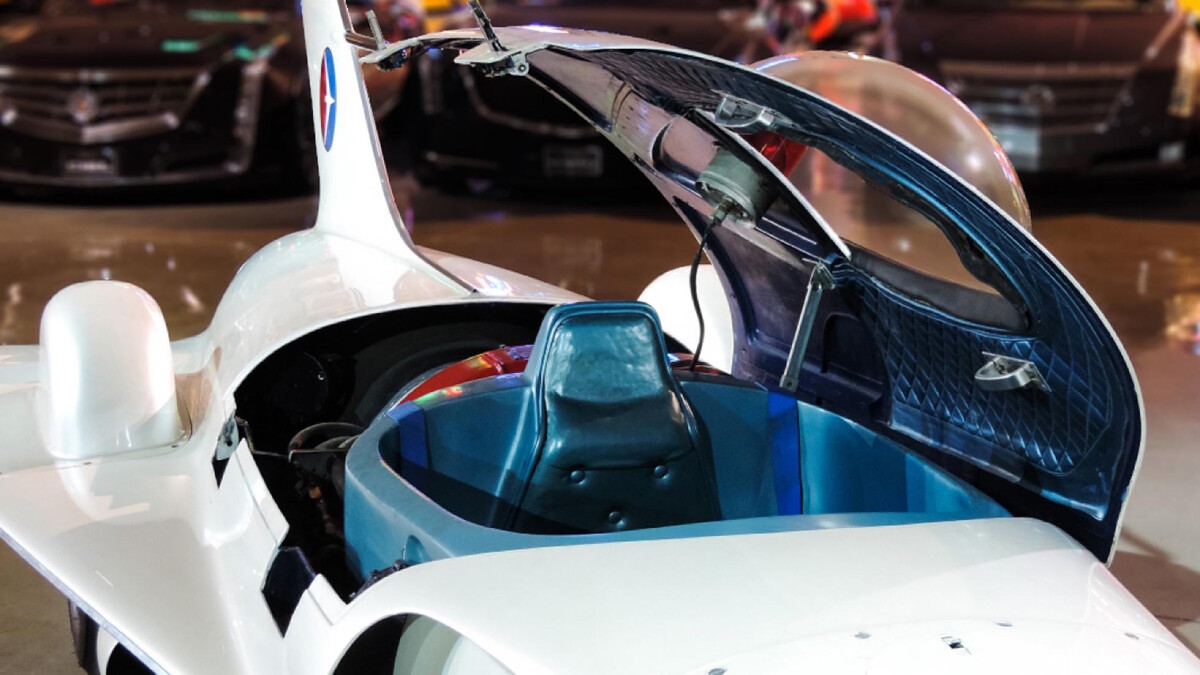 If you’re going to be all finicky about it, yes. The Firebird concept car is a functionally pointless motor vehicle. But it looks like a jet and is powered by a gas turbine that’s basically a jet engine. So, it’s cool. Any questions?

How fast does it go? It must be able to break the speed of sound... 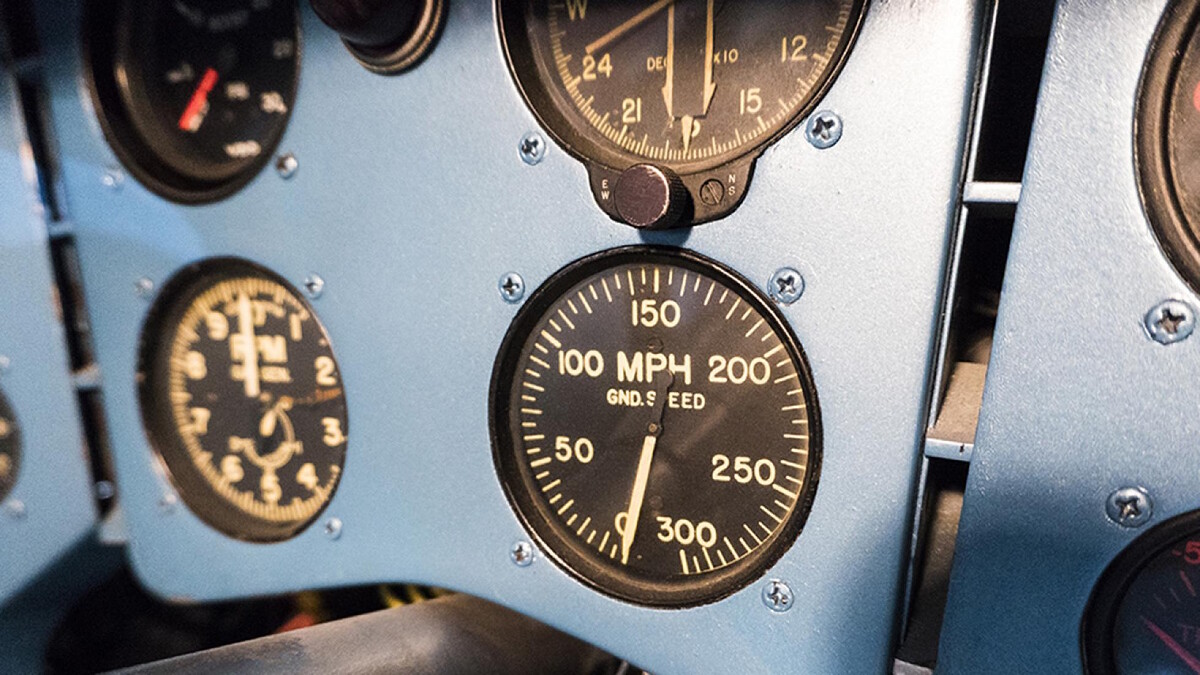 The story goes that Conklin got behind the wheel for a run of the 1,200kg 365hp car—not a speed run, but just to see what the Firebird was capable of—and as he hit 160kph and shifted into second gear, the sheer amount of torque made the rear wheels break traction.

“I’m too old for this ****,” said Conklin, before going off to hire three-time Indy 500 winner Mauri Rose to do the heavy lifting. Rose took the car to Indianapolis to stretch its legs, but even he never got close to the Firebird’s theoretical 322kph top speed.

What happened to the Firebird I concept? 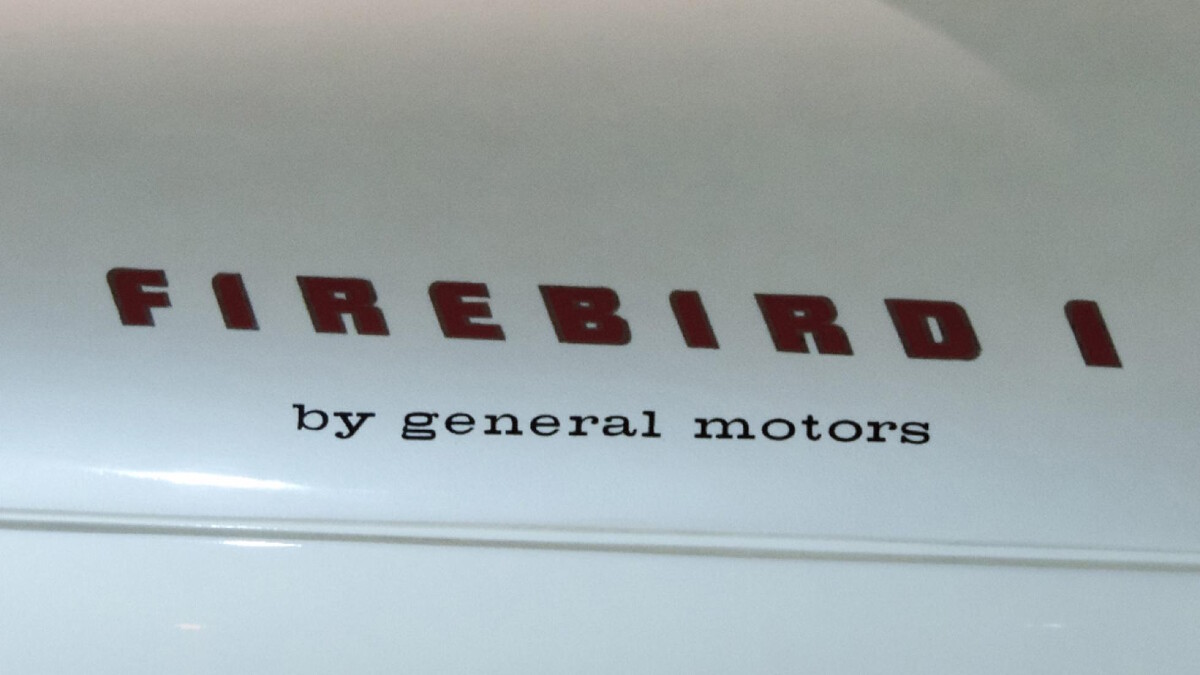 The Firebird was used as a promotional tool, with lots of publicity around its testing activities. The concept now sits on display as part of a 600-strong collection at the GM Heritage Center in Stirling Heights, Michigan, a turned-up corner in the book of automotive history.

Why didn’t the Firebird I go into production? 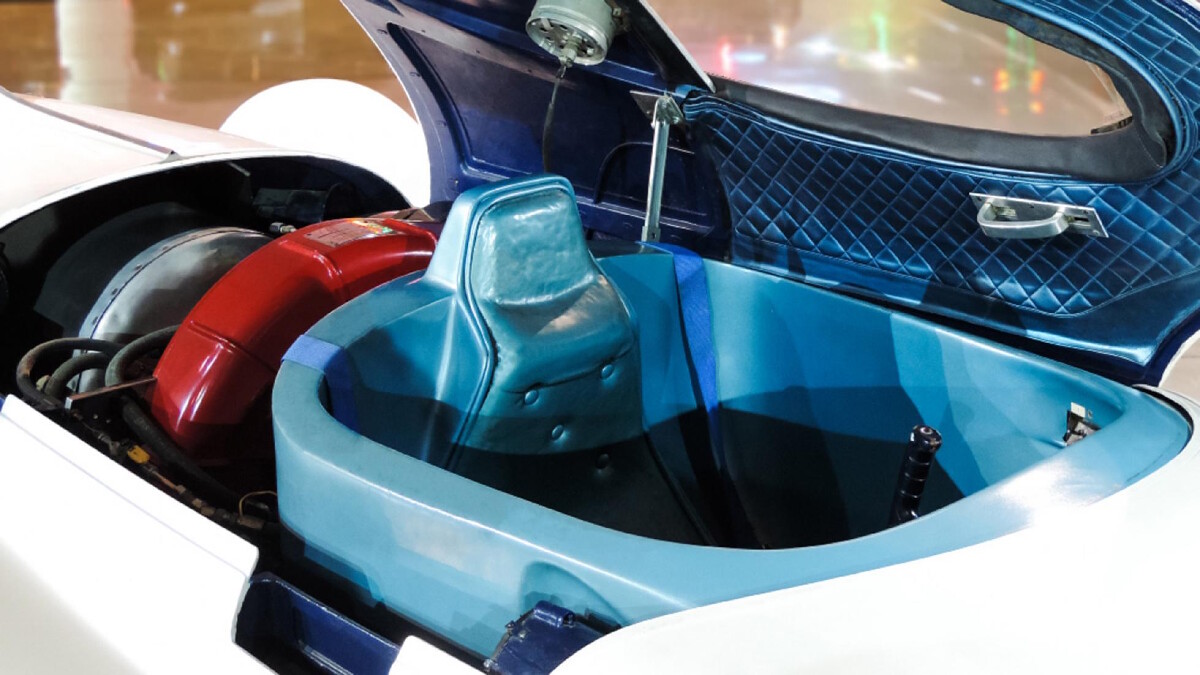 Because it was a stupid car, frankly, and who wants to nip to the shops with a load of kerosene at their feet and a jet engine behind their head? It’s a recipe for disaster, and that’s before you try and find anywhere to put your shopping.

But on the bright side, the nameplate did go into production on a series of Pontiacs between 1967 and 2002, the most famous of which were perhaps the 1977 Firebird Trans-Am Special Edition that appeared on cinematic classic Smokey and the Bandit or the sentient 1982 version that co-starred on Knight Rider with Berlin Wall favorite David Hasselhof. 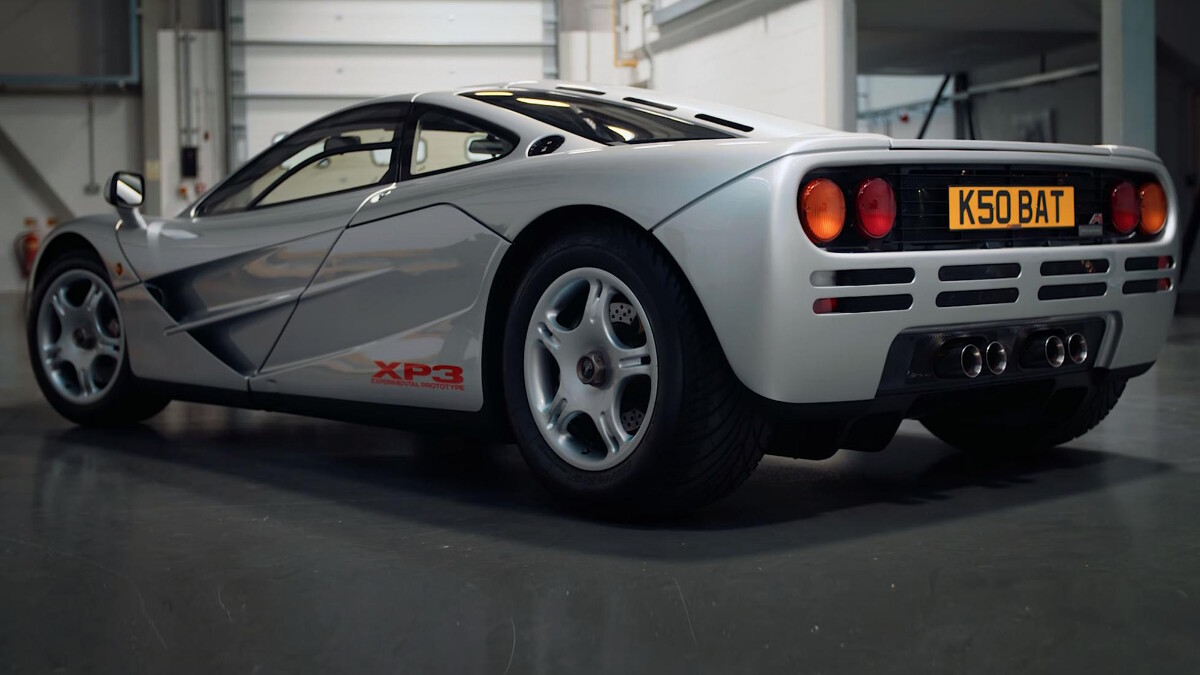 The McLaren F1 isn’t perfect—here are its flaws, according to Gordon Murray
View other articles about:
Read the Story →
This article originally appeared on Topgear.com. Minor edits have been made by the TopGear.com.ph editors.
Share:
Retake this Poll
Quiz Results
Share:
Take this Quiz Again
TGP Rating:
/20