Forgotten concept: Meet the Land Rover from the year 2139

It really is never over in a Rover
by Sam Burnett | Aug 15, 2020
CAR BRANDS IN THIS ARTICLE

Is that even a car? Are you in the right feature?

Picture the scene—it’s 2139, you’re in Mega-City One, the vastly built-up agglomeration of ozone-skimming concrete and steel that covers most of what used to be the eastern coast of the United States. The entire legal system has been junked in favor of steroidal Power Rangers on motorbikes who roam the streets shooting people who are naughty.

This is the setting for 1995 megahit Judge Dredd, which launched Sylvester Stallone’s movie career even further into the A-list stratosphere on its release. Jokes, it bombed.

Wait, why are we discussing Judge Dredd? 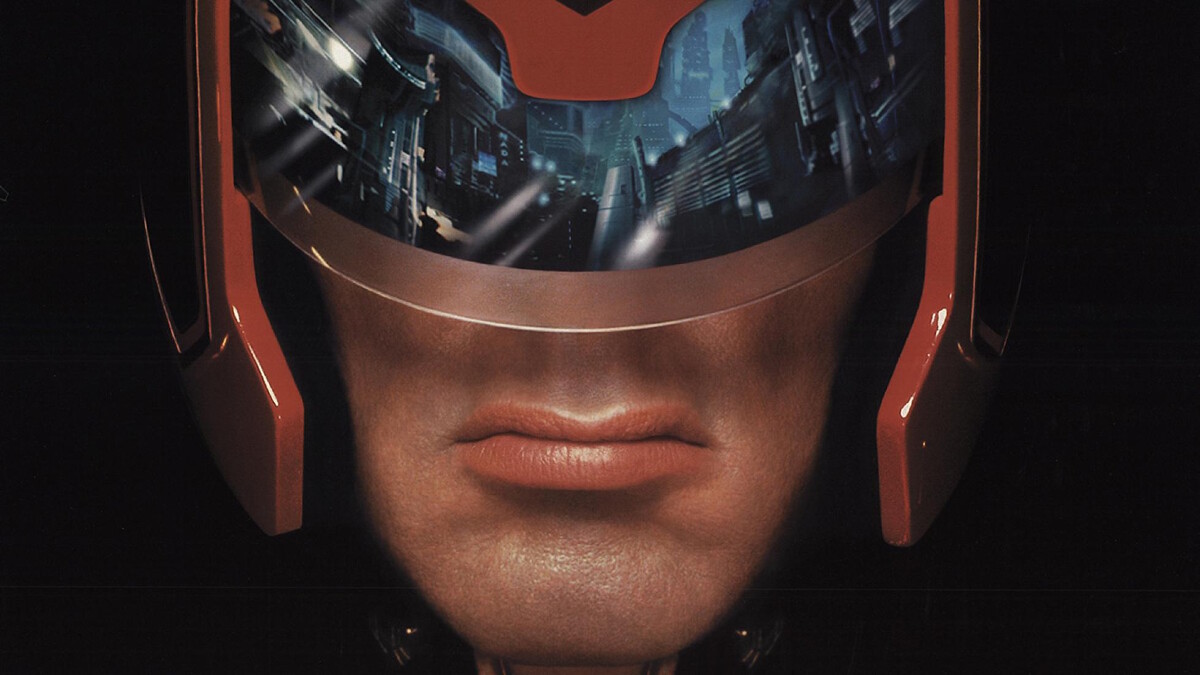 Sure, why not. In fact, so authentic is this depressing vision that the Green Oval is the last carmaker in town, which explains why it’s building cabs that look like armored fruit crates. Or perhaps it’s down to the magic of product placement.

Will it go south of the river? 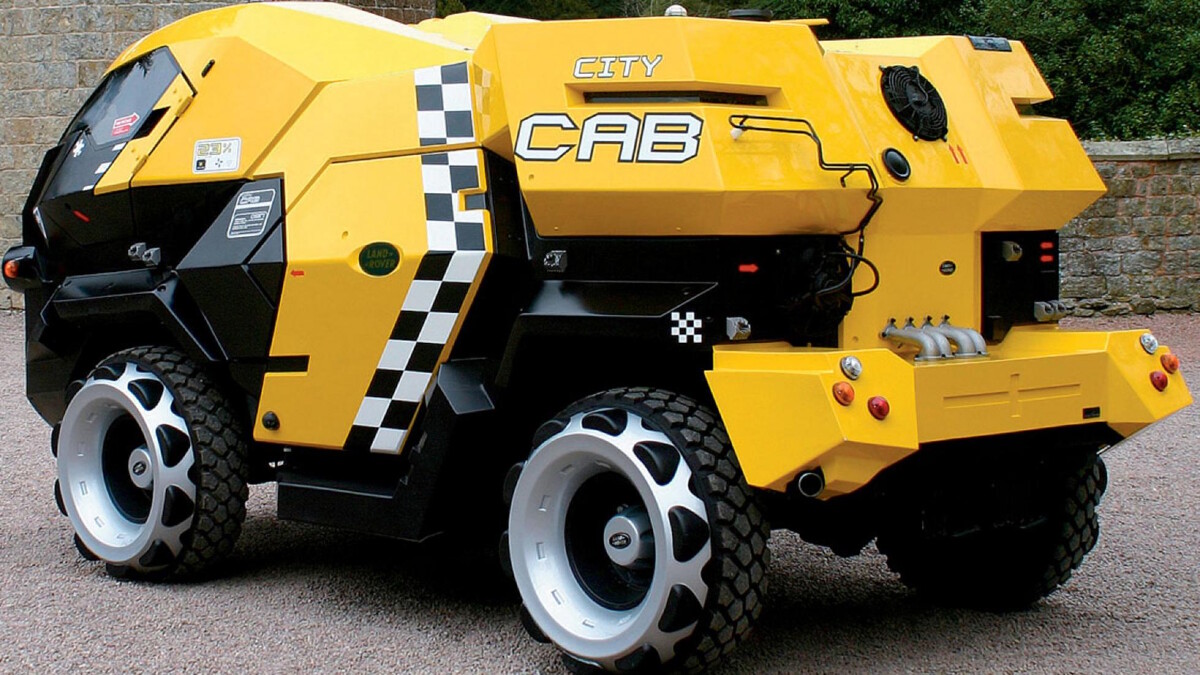 The City Cab was the inspiration of Land Rover designer David Woodhouse, who went on to spend 20 years at Ford, including a spell heading up Lincoln’s design department, before heading off to Nissan last year. He penned the car with a military look—this isn’t your standard black taxi—giving it a go-anywhere feel that would instill confidence in even the most reluctant cabbie to venture past the Thames. Assuming it’s still there in 2139 and hasn’t dried up completely.

What’s under the futuristic bodyshell? 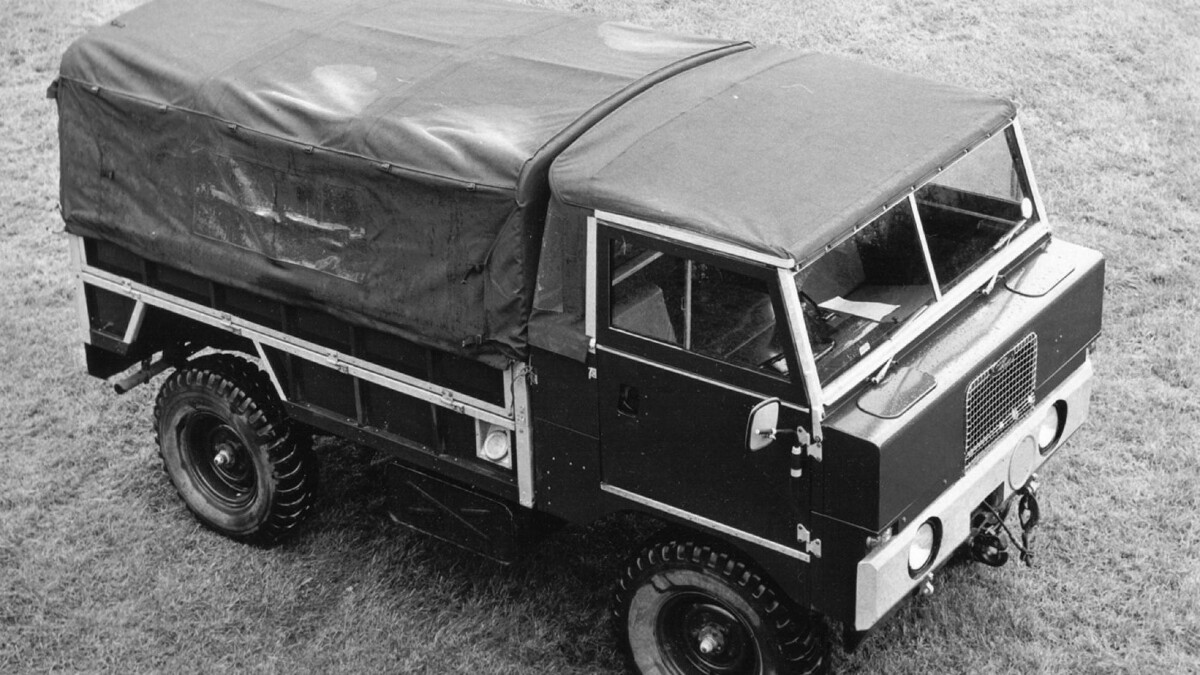 This is where it’s really interesting—the City Cab features the lowest of low tech under the skin. When Woodhouse had come up with the cool exterior for the movie, engineers at Land Rover sought advice from some specialists as to how they could get them running. It turned out that the company’s 101 Forward Control was ideal for the job.

These were built from 1972 to 1979 for the military, and never offered on public sale. The chaps at Land Rover were lucky to find the army decommissioning 32 101s that they could turn into the Dredd-ful taxis. All but one of the City Cabs featured the Woodhouse-designed shell plonked on top of the 101 chassis, with a hole in the roof for drivers to access the cockpit. One special car was kitted out with a full working interior for the close-up scenes in the film.

But there must be some really advanced tech in the engine? 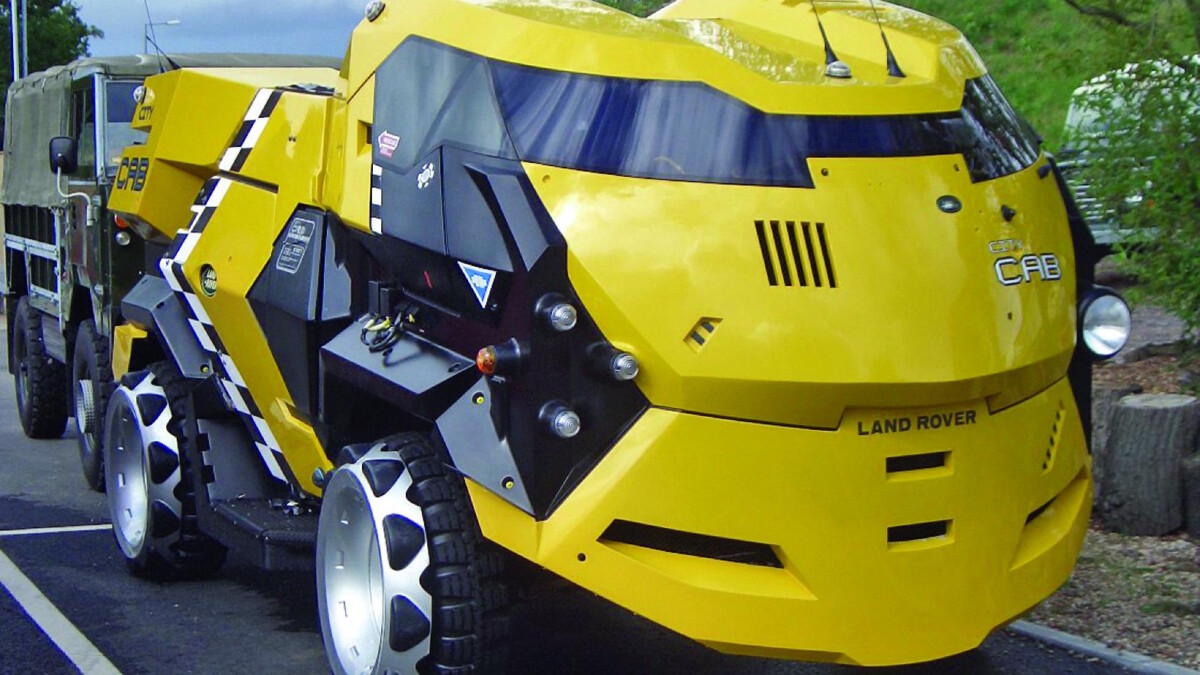 Again, that’s where you’d be very wrong. The 101 FCs were propelled by powertrains filched from the Range Rover production line, which meant the 3.5-liter Rover V8 that first saw action in 1960 as a Buick motor. More Flintstones than Jetsons—this means that by the time we see someone hailing a cab in Mega-City One, the venerable engine has been in action for an impressive 179 years.

Why didn’t the City Cab go into production? 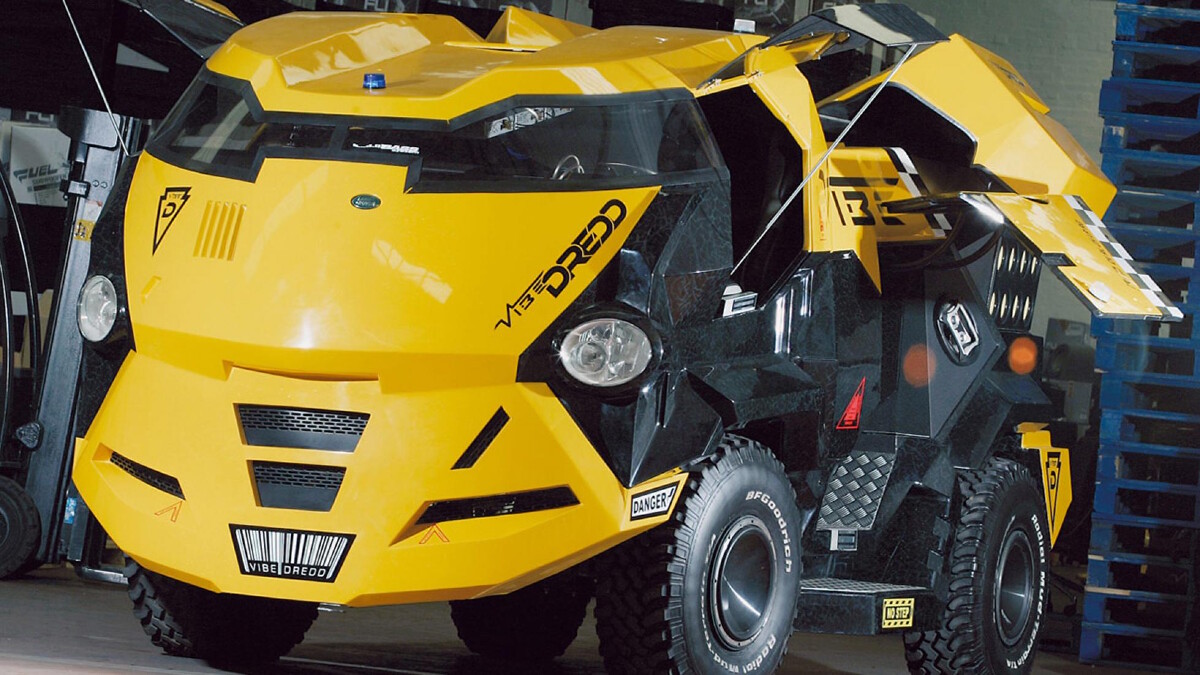 The SUV craze hadn’t hit in 1995, which would have given the concept more of a viable chance of making it. Really, though, it was 144 years ahead of its time. And besides, there are all sorts of regulations around taxis, particularly in London. The Land Rover City Cab doesn’t look like it has the best turning circle, and with no windows how are you to know the driver isn’t taking a massive detour across the other side of town?

What happened to the City Cab concept? 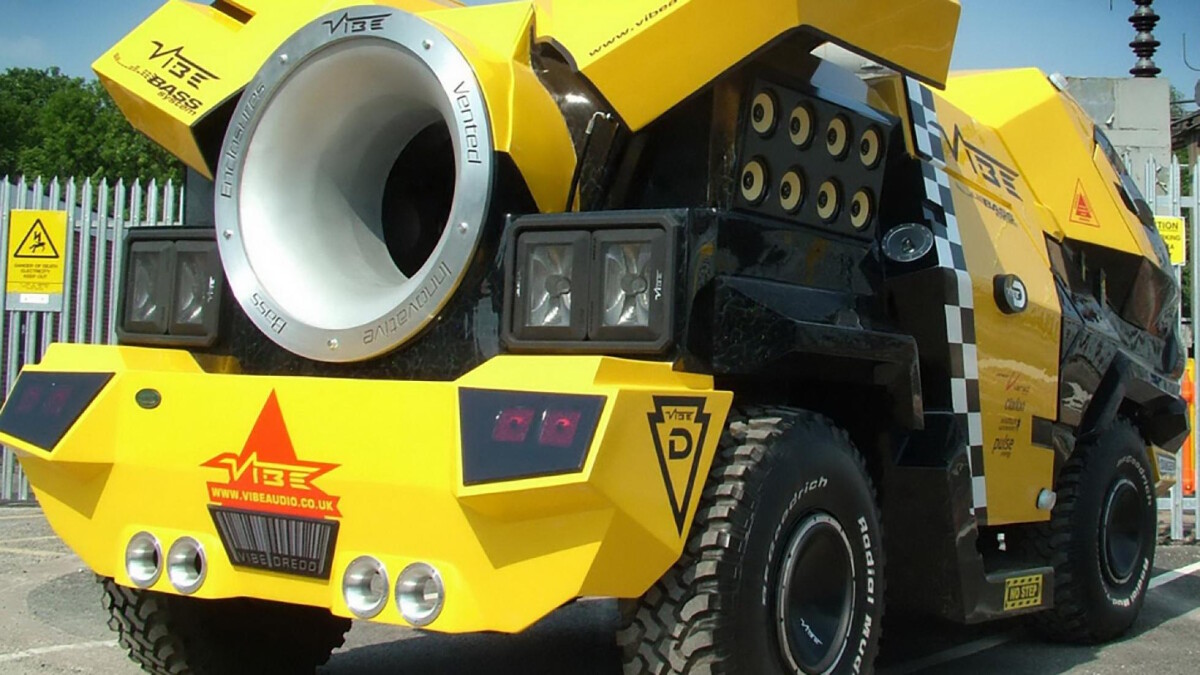 Most of the 32 examples used in the film were turned back into 101 FCs and probably sold to enthusiasts who would work on them every weekend and occasionally drive to classic car shows. Three of them were further modified by Land Rover and registered for the road, ferrying bemused celebrities at Judge Dredd’s London premiere.

If you fancy one as a daily driver (and people commute in much worse), they do pop up on eBay every once in a while—rumor has it Sly Stallone even bought one for himself. Otherwise, you can see one of the cars from the movie at the British Motor Museum in Gaydon, or if you’re particularly lucky, you’ll see this lightly fettled version promoting in-car sound systems. 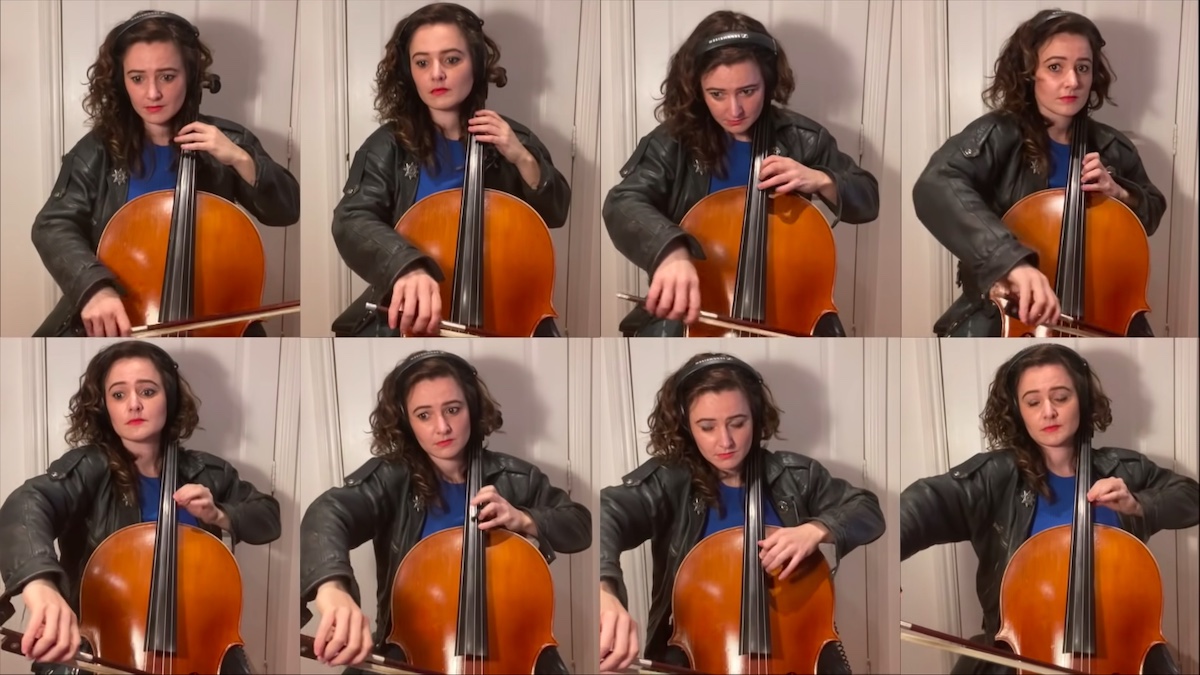 The ‘Knight Rider’ theme being played on eight cellos will make your day
View other articles about:
Read the Story →
This article originally appeared on Topgear.com. Minor edits have been made by the TopGear.com.ph editors.
Share:
Retake this Poll
Quiz Results
Share:
Take this Quiz Again
TGP Rating:
/20