The Mazda Furai remains a memorable concept for Top Gear

What is this dangerous-looking animal?

This is the Mazda Furai, presented to the world at the Detroit Motor Show in 2008. Its name literally means ‘Sound of the Wind,’ which is much nicer than calling it the Mazda Fart. Is it the sound of a howling gale, or the whisper of a summer breeze? Who’s really to know...

You see those ‘55’ stickers on the car? Those are a signal of intent, paying tribute to Mazda’s Le Mans-winning 1991 race car and setting the bar immediately high.

What was the thinking behind the Furai? 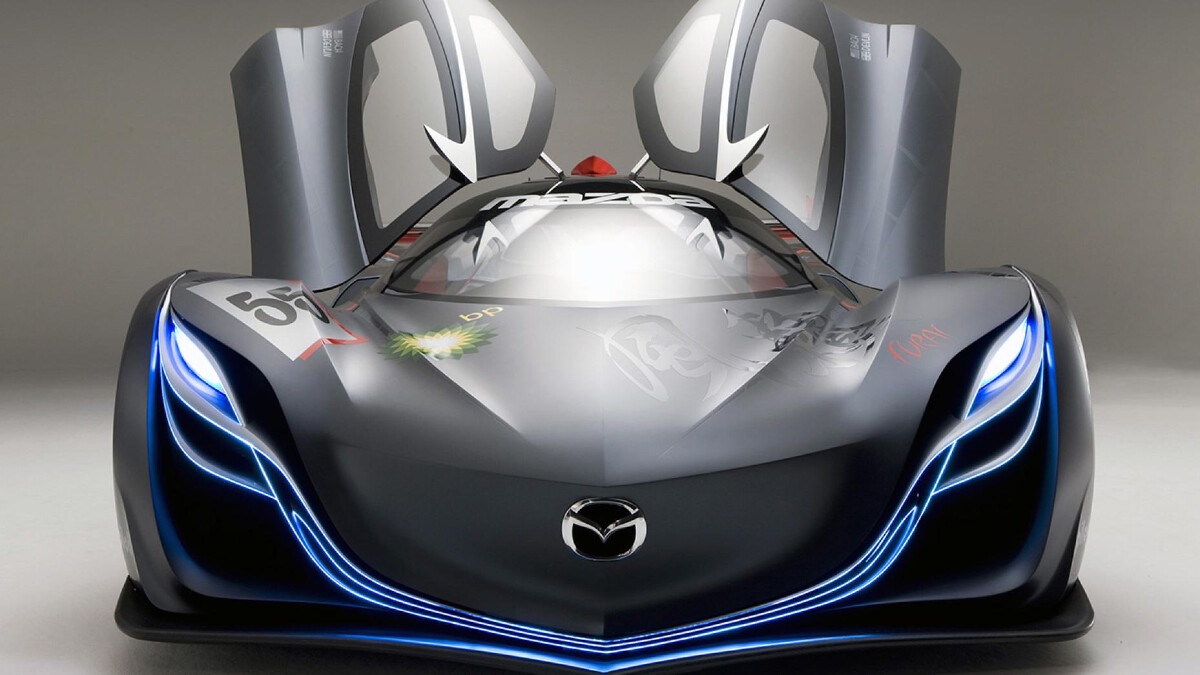 This car really seems to blur the boundaries between road and track. 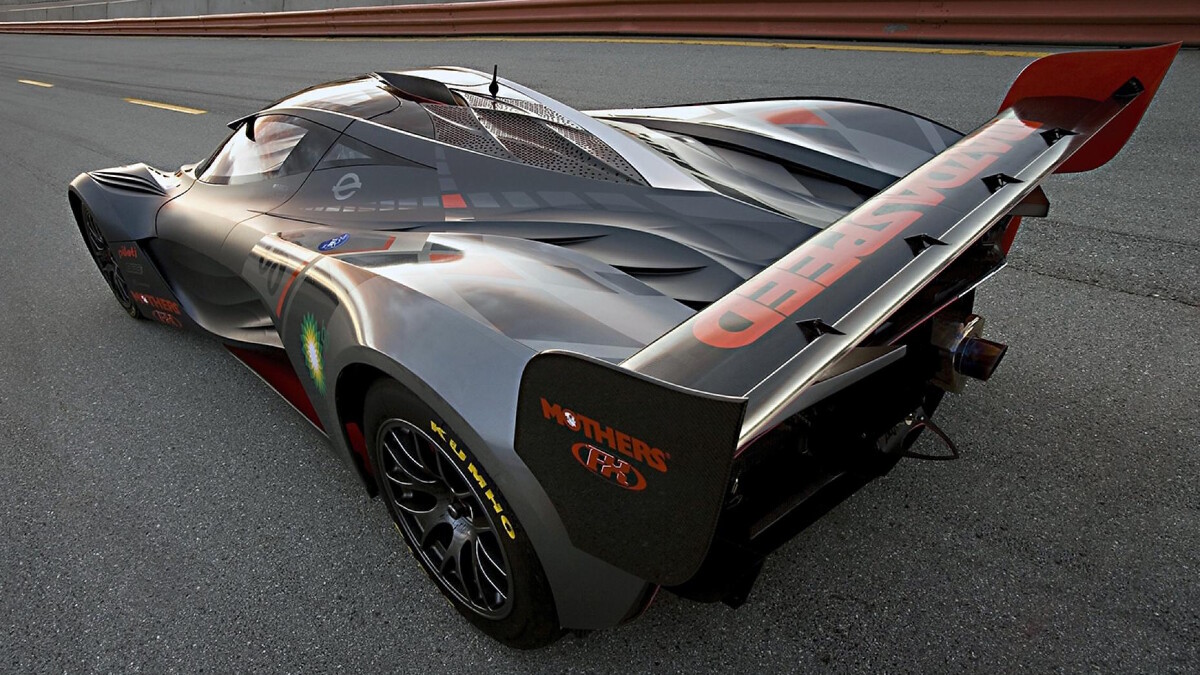 Are you sure you haven’t read the press release? At the time, Mazda described the Furai as “the embodiment of Zoom-Zoom,” in a line that immediately and irrevocably destroyed all of the hard work put in to try and make the car cool. The intention was to create an actual race car for the road, none of the frilly nonsense that regular supercar manufacturers pump out. Mazda wanted the driver to hear the sound of the wind, the shriek of the engine, and the crunch of their own vertebrae.

So, was Mazda considering going racing with the Furai? 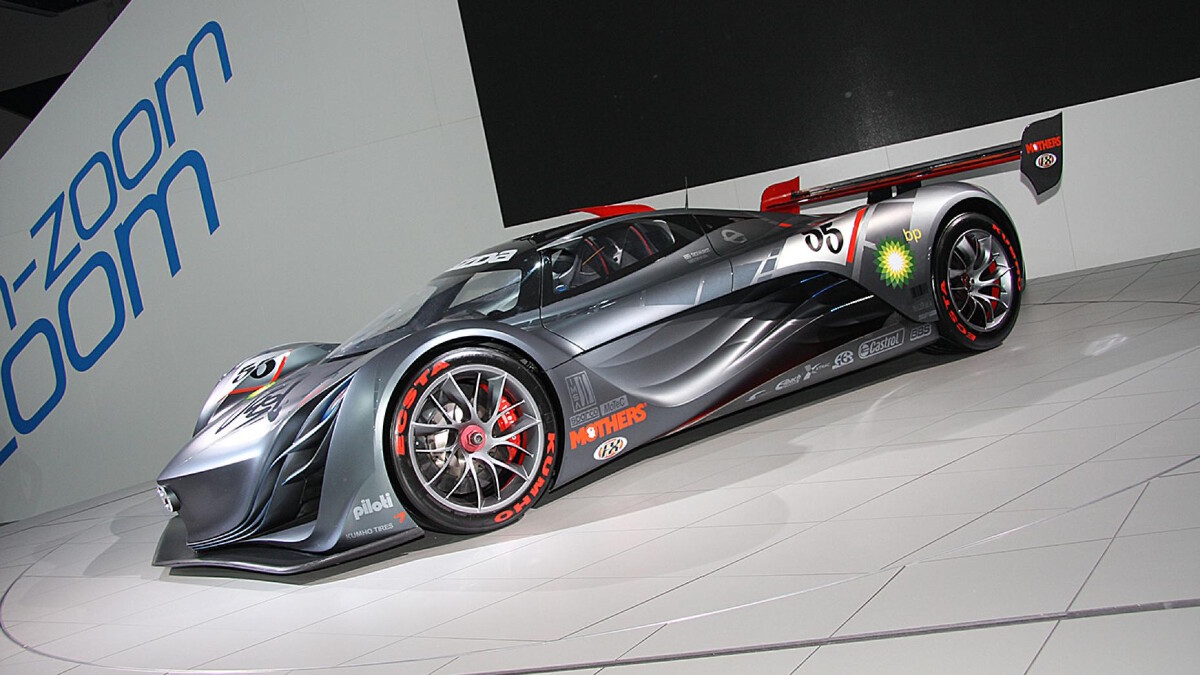 The company made a big noise in its press releases for the 2008 Detroit show that it didn’t intend to take the Furai racing, while at the same time criticizing other manufacturers for presenting concept cars that weren’t intended for any practical benefit. Despite the strong tones, there was still some hope inside and outside of Mazda that the brand might return to La Sarthe with something zoomy.

It was just a show car, though, right? 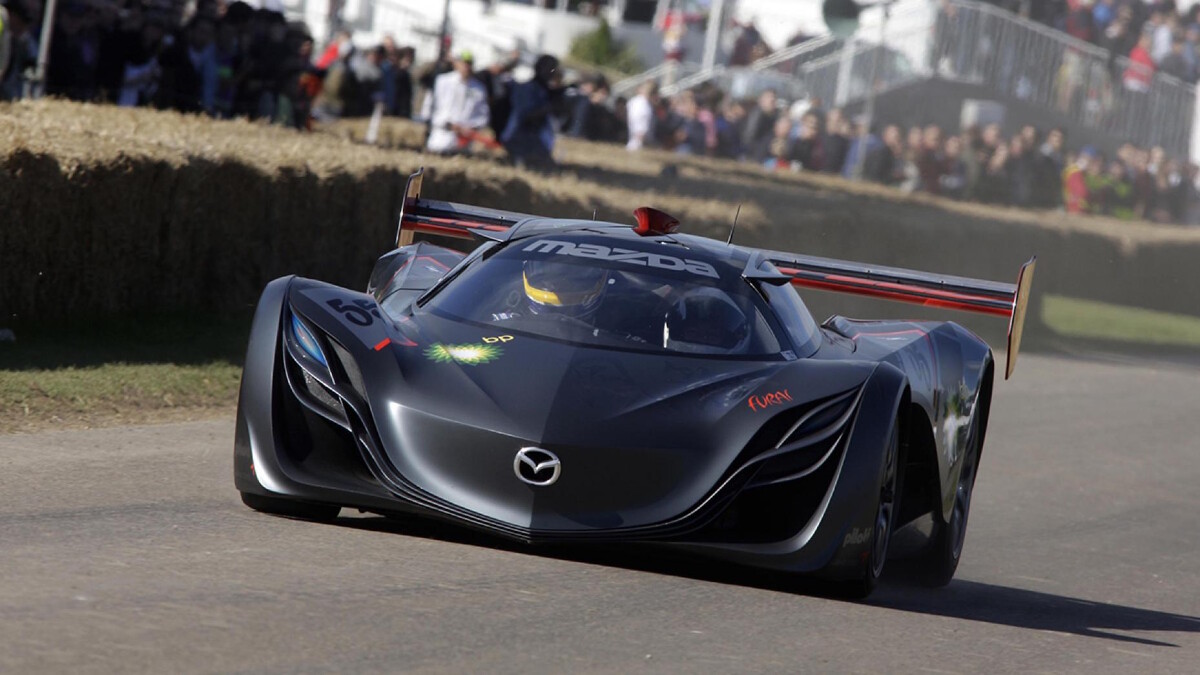 This was a fully functioning beast of a machine, we’ll have you know. Instead of just pretending it had a race car, but building it on road car underpinnings, Mazda said that it wanted to create something more authentic. Underneath the swoopy Nagare exterior is a Courage C65 LMP2 chassis, which raced in the American Le Mans Series from 2005 to 2006. Those flowing lines were drawn using the very latest CFD tech to make the car as aerodynamically efficient as possible. The Furai managed a few show runs, including Laguna Seca and the Goodwood Festival of Speed. 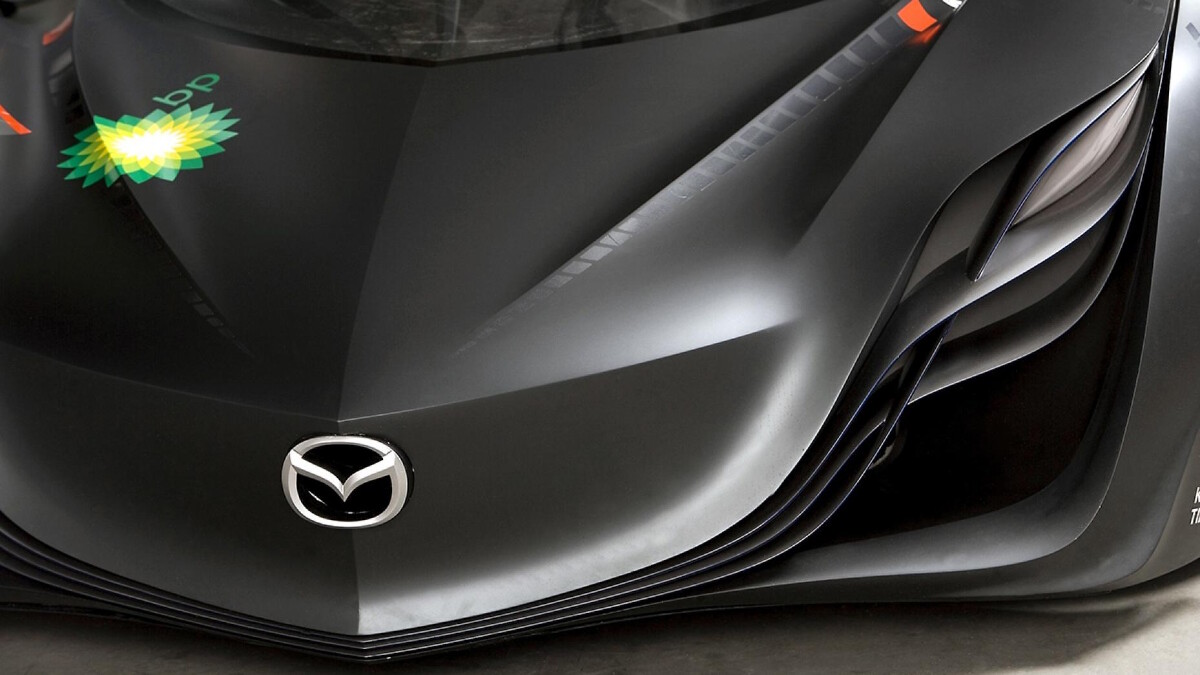 The Furai’s power unit is classic Mazda, a three-rotor mid-mounted rotary engine pumping out 450hp and running on pure ethanol. Those fuel company logos on the concept car clearly weren’t for show—you’d probably have to consider some form of sponsorship if you were going to run the Furai as a daily driver.

What’s the interior like—is there anything fun? 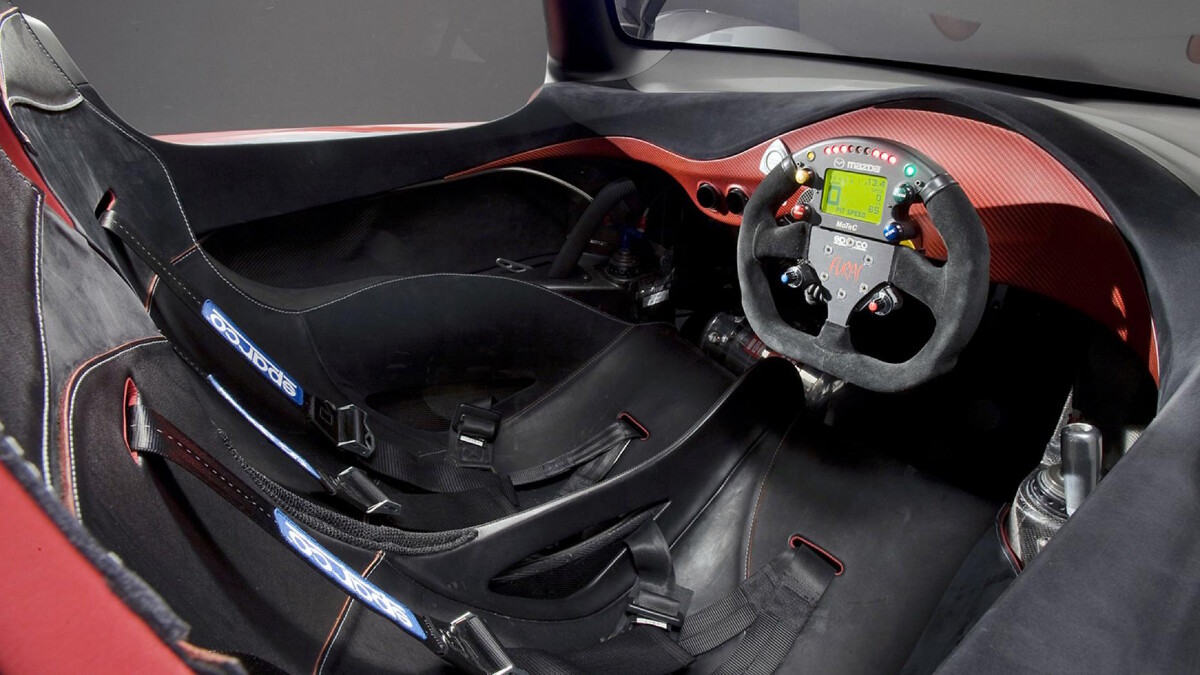 In a word, no. The original race-car interior was upgraded from spartan to especially minimalist, with nothing you’d expect to find in a normal road car, such as air-conditioning or a radio. The donor car’s electronic gubbins were shifted to make way for a passenger seat, and Mazda made concessions to practicality by widening the cabin and fitting butterfly doors that open out for easier entry and exit.

Whatever happened to the Mazda Furai? 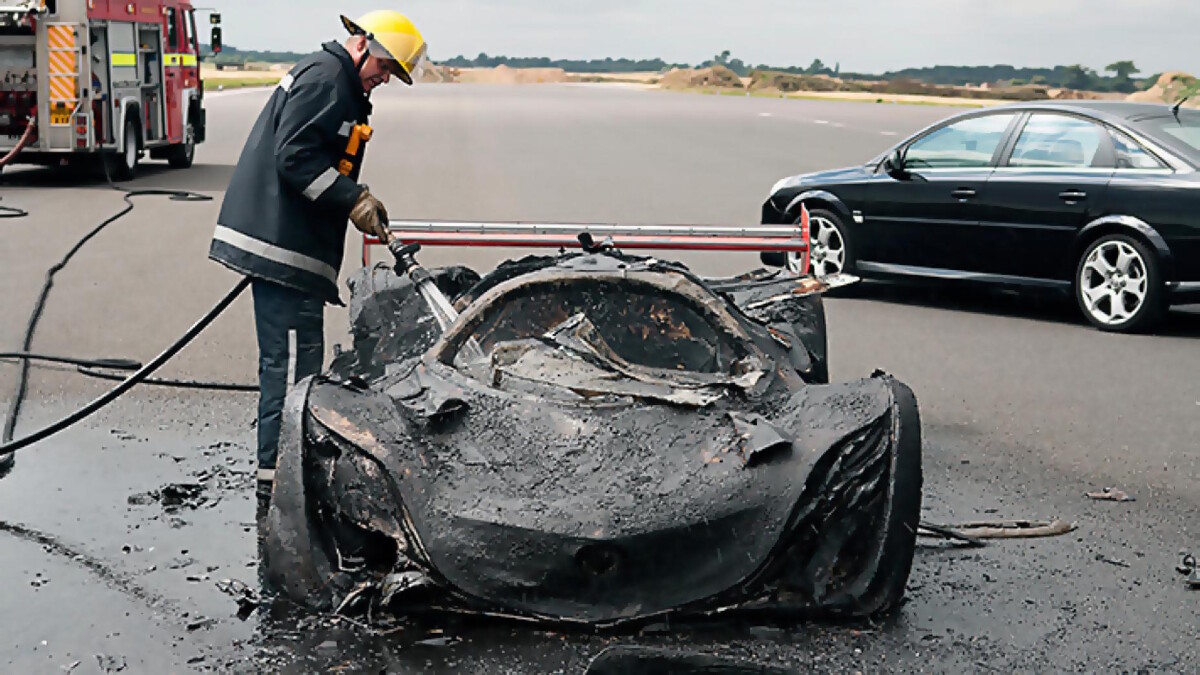 Ahem. This is where Top Gear comes into the story. We managed to bag an exclusive drive of the Furai at Bentwaters Park in August 2008. It was to become the only drive by anyone outside of Mazda, as the car caught fire during the photo shoot. Its ashy remains were shipped back to Mazda’s design studio in the US, and the car has remained hidden since. Sorry about that. 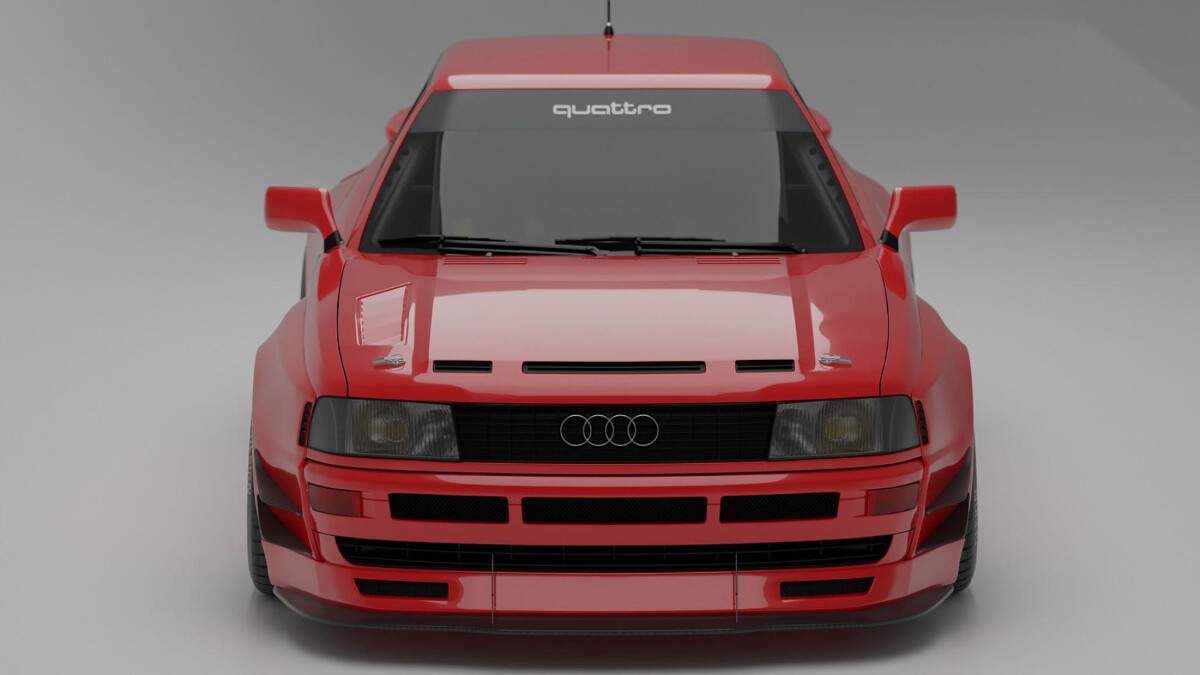 Prior Design has built the Audi of our dreams
View other articles about:
Read the Story →
This article originally appeared on Topgear.com. Minor edits have been made by the TopGear.com.ph editors.
Share:
Retake this Poll
Quiz Results
Share:
Take this Quiz Again
TGP Rating:
/20